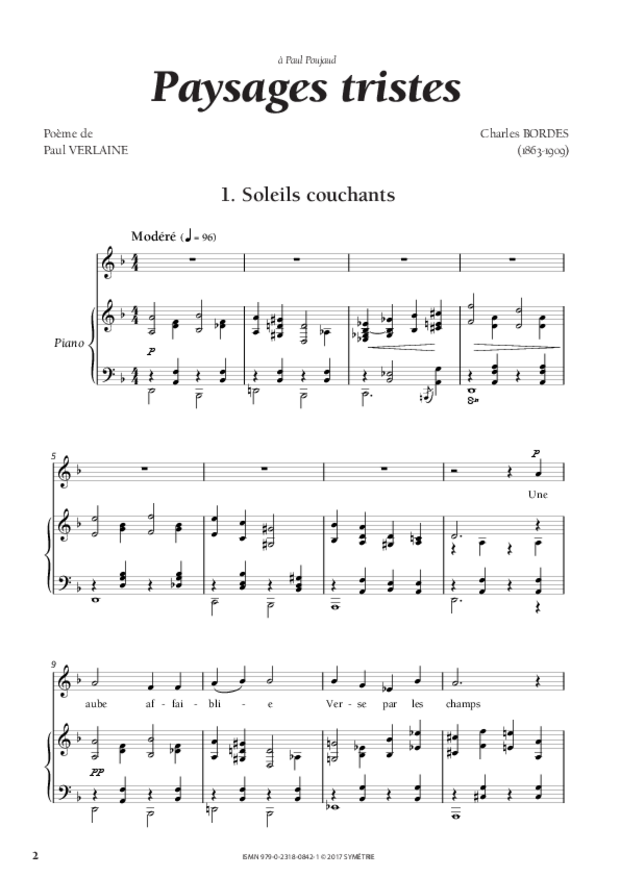 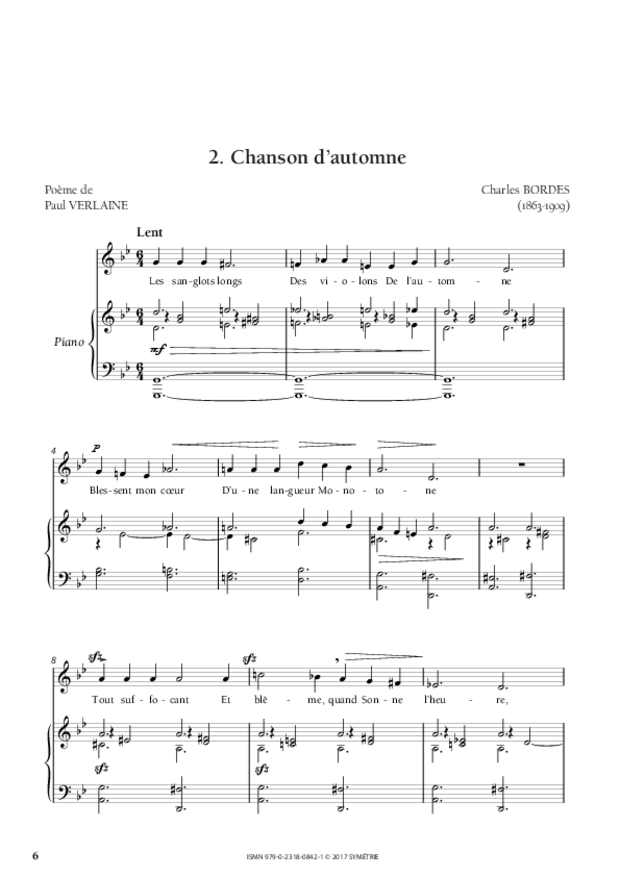 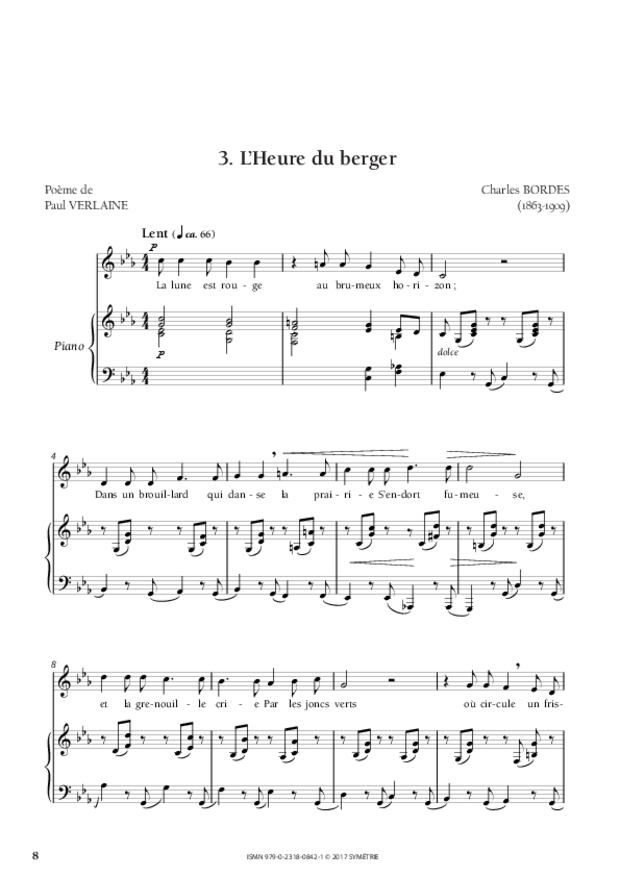 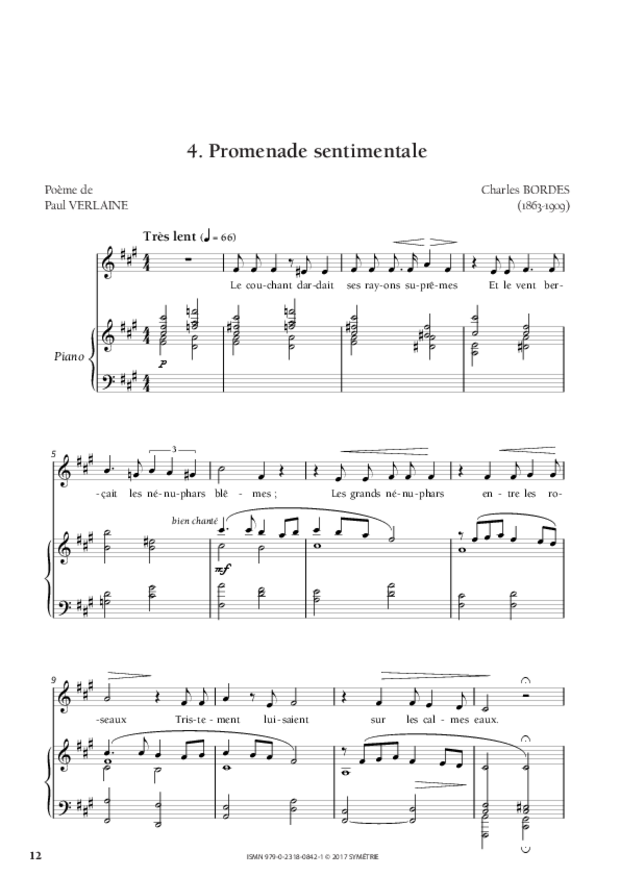 First cycle of French songs dedicated to Verlaine’s Poèmes saturniens, Bordes’ Paysages tristes are an outstanding attempt to implement the cyclical form to vocal repertoire. To this extent, this work is to be linked – in style and in time – to César Franck’s Sonata for violin, with whom Bordes was then studying composition.
The unity of this set is largely based on the use of recurrent musical themes and on the special importance given to the major third interval throughout the cycle, that can be particularly seen in the original tonal plan of the work. In this set built in the form of an arch, the last melody gathers many elements heard previously – quoting in an obvious way the postlude and the central piano theme of the first melody.
Bordes’ talent is not limited to the achievement of a formal experience. The whole cycle mood is a striking translation of the heavy, morbid and twilight atmosphere of Verlaine’s poems. The composer explores this burden in a musical world filled with chromaticism and sluggishness, yet without renouncing to furtive vocal or piano flights, where all the lyricism of his temperament can be expressed.

Soleils couchants (Setting suns) was published by Hamelle in 1885, in a set of Trois Mélodies pour voix de ténor (Three Songs for tenor voice) dedicated to Paul Verlaine, but also to François Coppée and Maurice Bouchor. The first version of the piece can be discovered here, a version that Bordes rewrote a year later and placed at the beginning of Paysages tristes. The important number of changes between these two versions proves the composer’s will to create a formally consistent cycle from the four Saturnian poems.
Paysages tristes was published in 1902 by the Édition mutuelle, an initiative from Bordes himself. In this publication dating from the beginning of this collaborative publishing adventure, there are some printing awkward imprecisions, probably due to a certain lack of financial and human means. The first posthumous edition from 1912 largely rectified these imprecisions and brought some detailed modifications, restored by Pierre de Bréville in his revision for the posthumous volume of Quatorze Mélodies by Bordes published in 1921 by Hamelle.
The present edition mainly relies on Bréville’s work and adds a few new corrections, as well as rare returns to the 1902 version, listed at the end of this set.