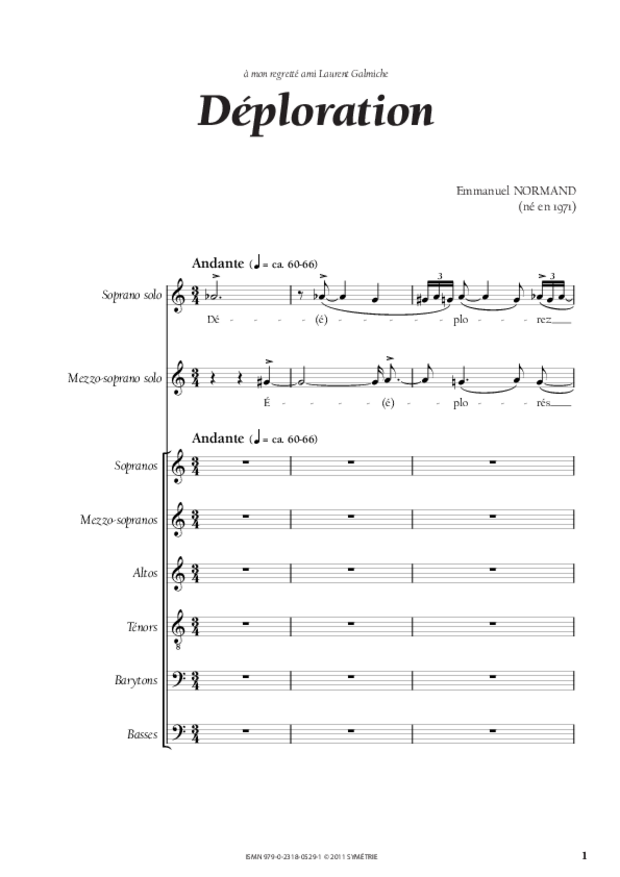 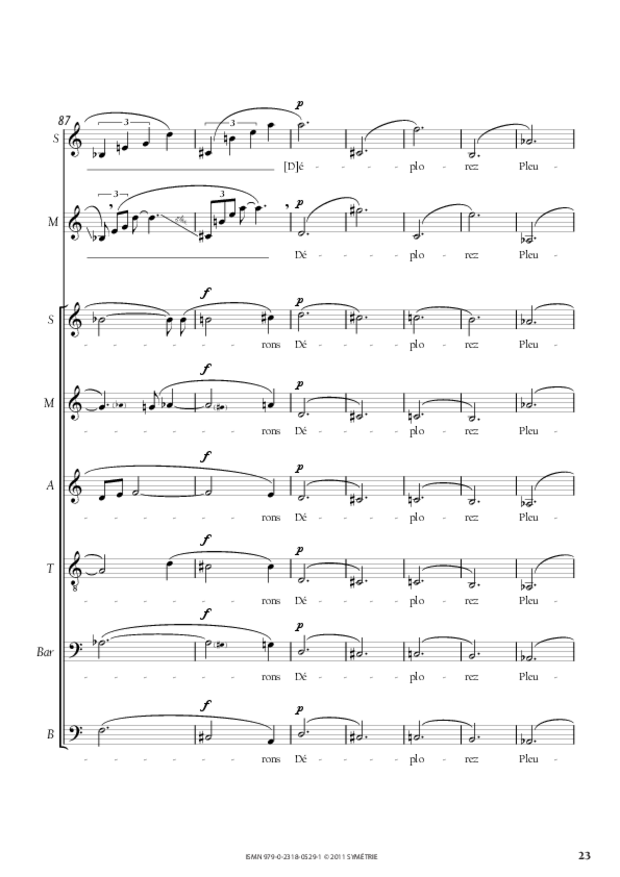 The genesis of Lamentation is a matter of friendship. Composed in memory of my friend and composer Laurent Galmiche who died prematurely, this piece was created in Montpellier in April 2008 by Anna Reinhold, Sabine Garrone and twelve singers of the Claire Garrone vocal ensemble, in a first version for two mezzo-sopranos and a mixed choir. I first met Laurent in Pascal Herpin’s workshop, a piano maker in Montpellier and also a friend. Laurent was then looking for a pianist who would be willing to play the piece he had just written to end his studies in Jean-Jacques Di Tucci’s composition class at the Sète conservatory of music. We worked a lot on his piece and thus became friends. Among other works of Laurent, I also performed Jeu de réflexions twice publicly in the presence of the composer, and a third time in a posthumous tribute.