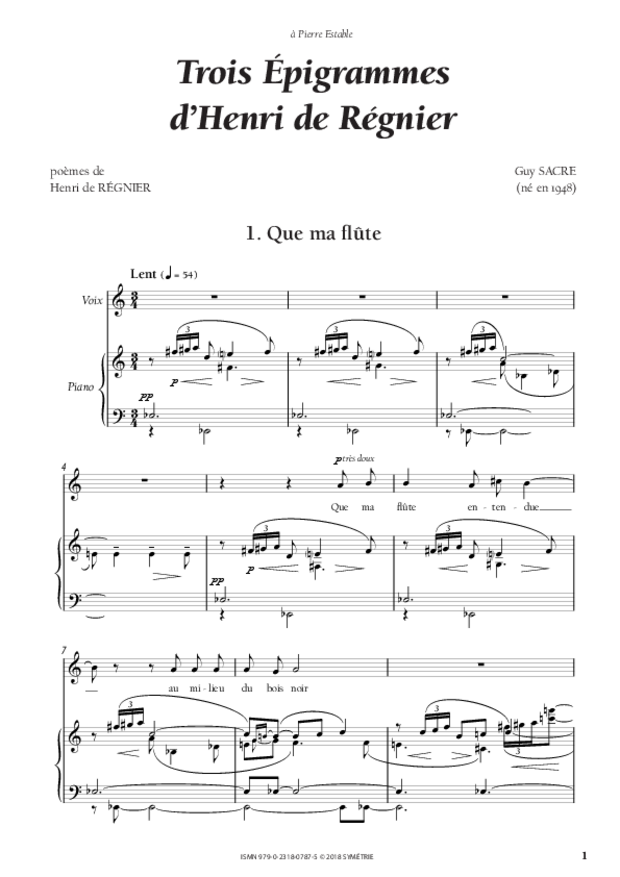 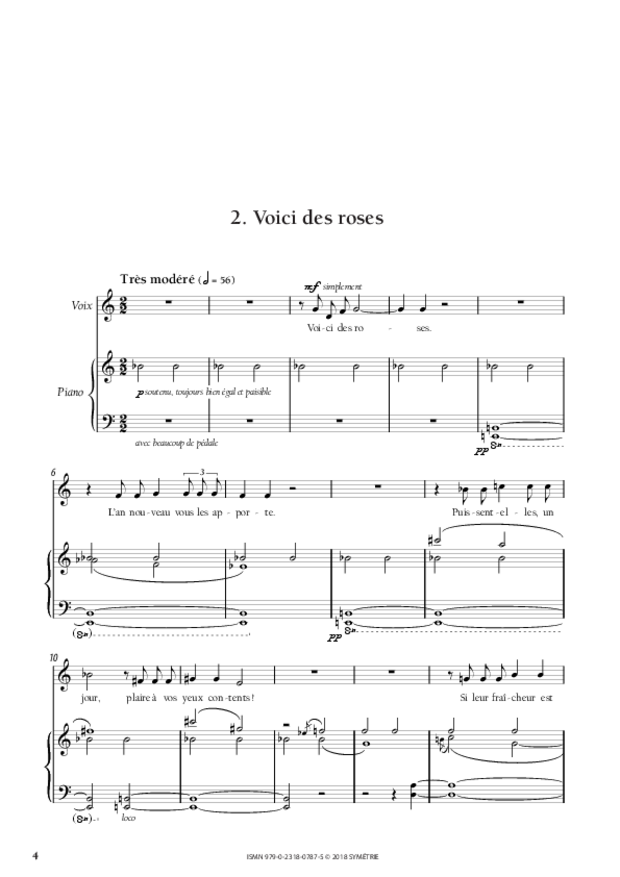 Let no one make a mistake about the word épigramme (epigraph): here it does not designate the vengeful witticism, the skilfully fired dart. Régnier uses it in its most Greek, most primitive sense: an “inscription” or, put more simply a poem, where brevity is the rule and of which the punch line, for wont of piercing an enemy, must long be “inscribed” on the memory. On subjects as hackneyed as love and death, the flight of time, or the power of recollection, these three would have enough to meet this difficult challenge; but it has been quite some time that no one reads Régnier anymore, guilty of having drawn out, until 1930, a craft learnt under Mac-Mahon. I am not pretending that the addition of my notes can restore much of his lustre; but that matters little to true lovers of verse, or to true lovers of this perilous genre that is the art song…
Had anyone told me, when I was in my twenties, that one day I would set Régnier to music, I would have protested. The poet of Les Médailles d’argile and Les Jeux rustiques et divins did not enter into my conceited little portable Parnassus, of which the major gods were named Mallarmé and Valéry. Curiously, it was to music that I owe my subsequent frequenting of him: Roussel’s Le Jardin mouillé, one of the highpoints of French mélodie, at the same time revealed a highpoint of our poetry. I shall further confess that upon discovering the Épigrammes and deciding to use them, I repressed a lingering distrust: the fear, in music, of the alexandrine, to which, alas, one of Racine’s often applies: “Sa croupe se recourbe en replis tortueux” (Its rump curves in tortuous folds)… But no, I found very pure verses, weightless and without posture, and hope I have preserved their moving flexibility, their marvellous ductility.