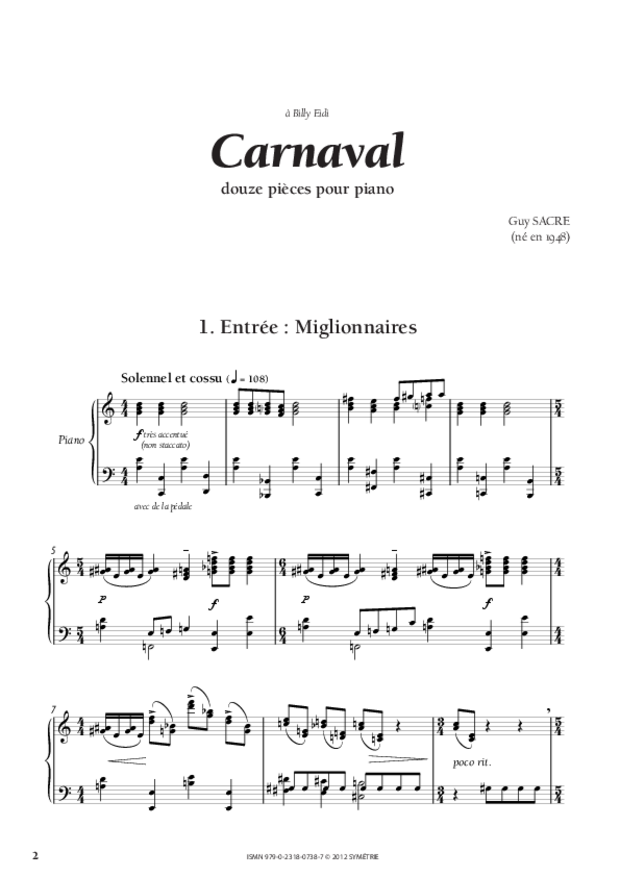 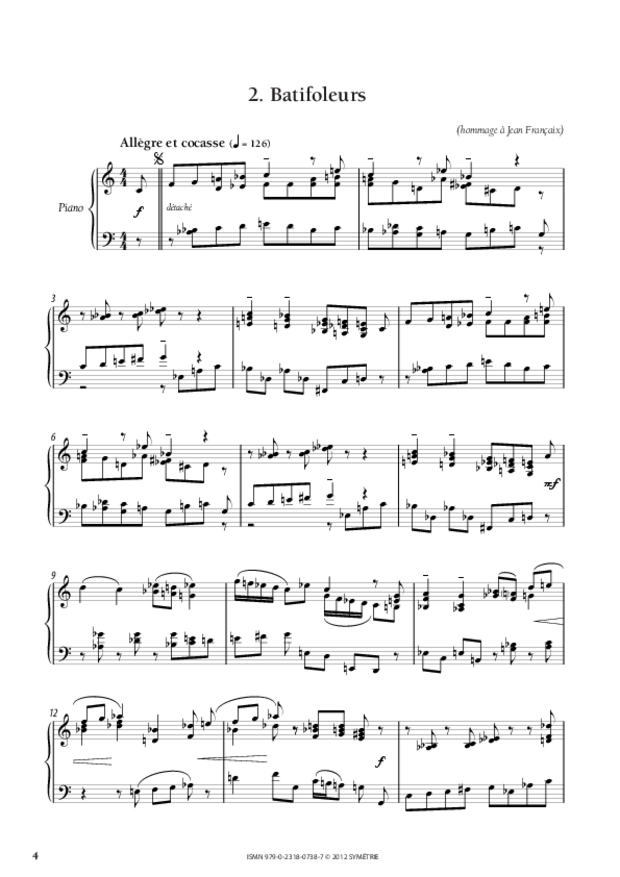 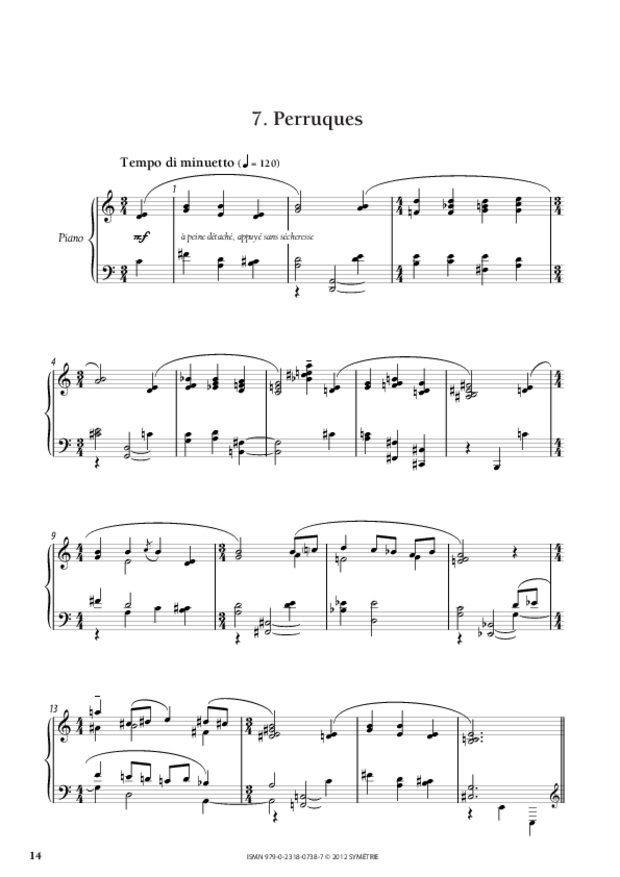 Most of the pieces in this set date from 1994, but some of them were written in 1983 for an earlier project, Hommage à Watteau: the idea of a French-type carnival, owing as much to the paintings of Watteau as to the poetry of Verlaine—not forgetting Couperin’s 13e Ordre. I’m not sure that I was really concerned about “l’éternel Clitandre”; such sentimental dialogues set within the context of fêtes galantes, while still being dear to me, were so first of all as a pretext for comment and analysis, as a source of argument and fine paradoxes, a subject for discussion and recitation.

I was not aware of it at the time, but now I think perhaps that it was Schumann—who invites Chopin and Paganini to join in his Carnaval—who gave me the idea of paying implicit tributes to different composers in some of these pieces. As the listener will realise, these are not pastiches, they are just hints: I do little more than borrow small details—like evoking someone’s dress by the way he knots his tie or by his belt-buckle. But that suffices to make them part of this troupe, with its moods swinging between humour and seriousness.

Seriousness, yes. No one would claim that a carnival is only burlesque, and Couperin’s ends in despair. Some of the pieces and titles here will appear to indulge in satire. But “Satire on what?”, as Gide wrote at the beginning of Paludes (furthermore it is from Gide that I borrowed the delightful spelling of the word “miglionnaire”). But in a carnival people dress up; protected by a comical exterior, even one who usually shies away from society has the courage to join in. In carnivalesque scenes there is always a touch of irony and that enabled me to show an apparent detachment: irony implies distance, as much as questioning. I played along with it here and there; but were it not for the fact that it is necessarily more intimate, melancholy would have sufficed: that of the Dormeurs, the Promeneurs sentimentaux; and with Gilles and L’Indifférent, the eternal image of the doppelgänger, which, shadowed by my music and less exposed, my poetry and prose have explored over and over again.

A recording of Carnaval is available on the Timpani label.
›