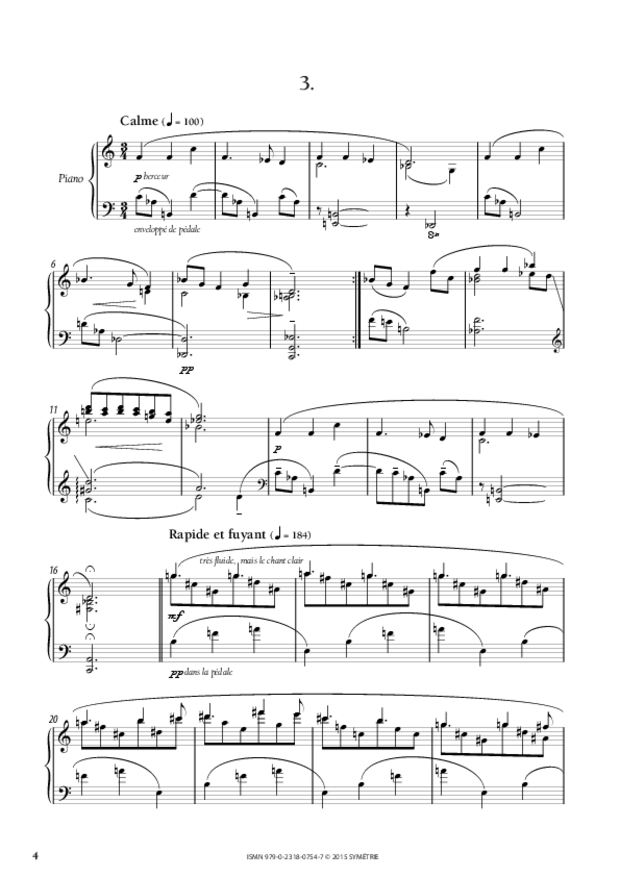 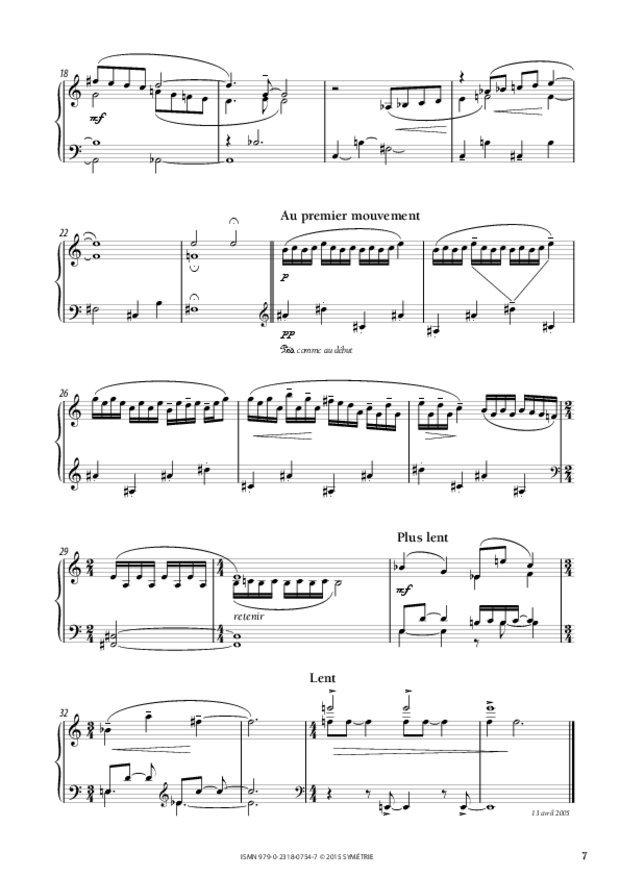 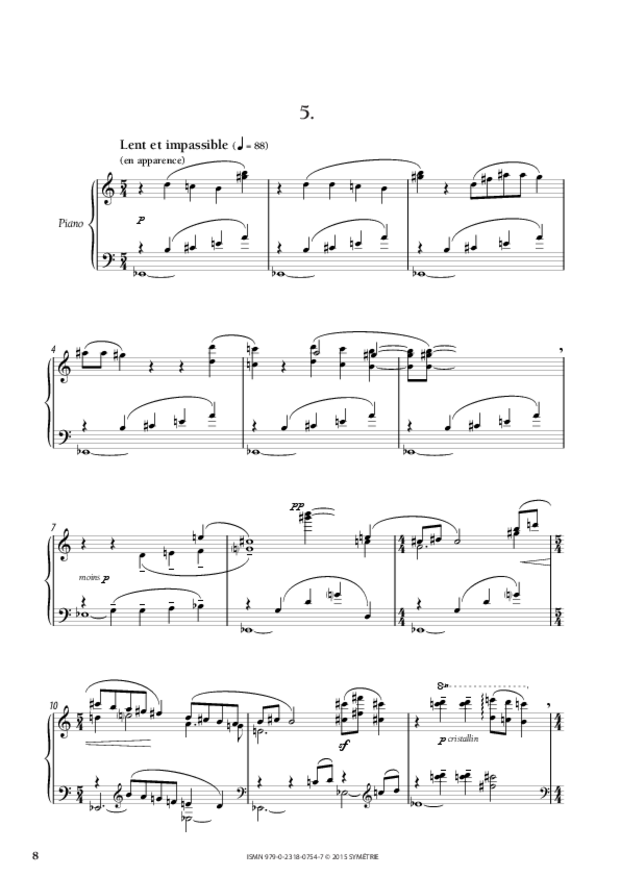 I composed these preludes for my friend Charles Lavaud, who plays Mompou with a rare and moving complicity. This is in no way an addition—or variant or touch-up—to my 24 Preludes published by Durand (1993). As their number—established since Bach—avows straightaway, the 24 were meant as a resumed homage to the goddess Tonality, whose altars I have never abandoned, regardless of what one thinks of the herbs and spices I burn thereon. Instead, these five new preludes can be seen as the echo of my own attachment to Federico Mompou and his music in which I recognize myself as in a native land or, better yet, a family. His music and Milhaud’s have nurtured mine, and the average music listener will sense it straight off. I found in Milhaud confirmation of my feeling that tonal harmony is even more colourful if it skilfully blends several tonalities, whereas the atonal is grey as ashes and as boring as the desert. As for Mompou, he shores up these other two certainties: nothing sings more truly, more accurately, than a children’s song, and nothing causes a keener alert to the senses than brevity (I did not say ‘simplicity’).

This little cycle should be played in its entirety and in the indicated order. It is by allusion to one of Mompou’s preludes that I put a title on one of mine in brackets; from one of his Charmes I borrowed this troubling marking, ‘slow, in appearance’, which now seems to me the key to much of the music—and people—that I love.