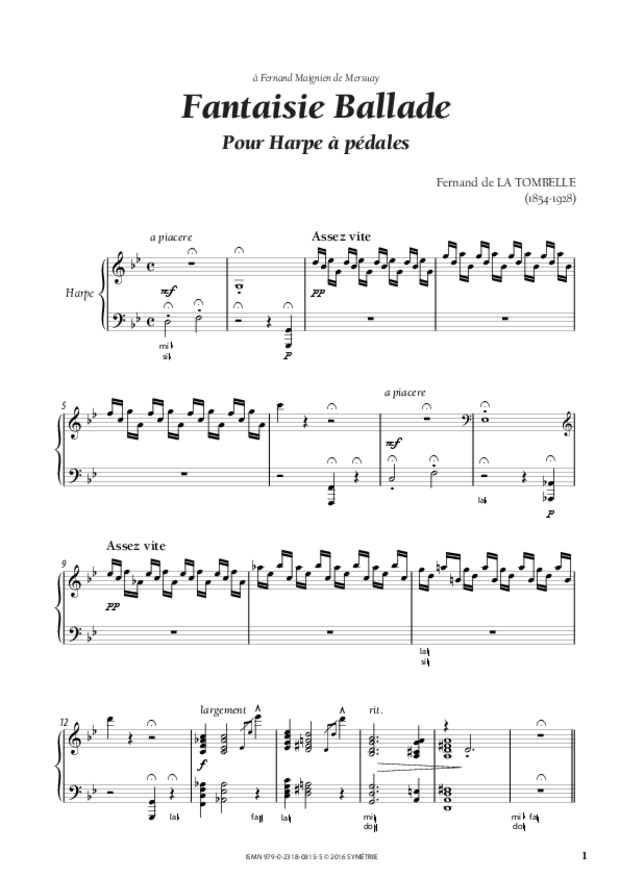 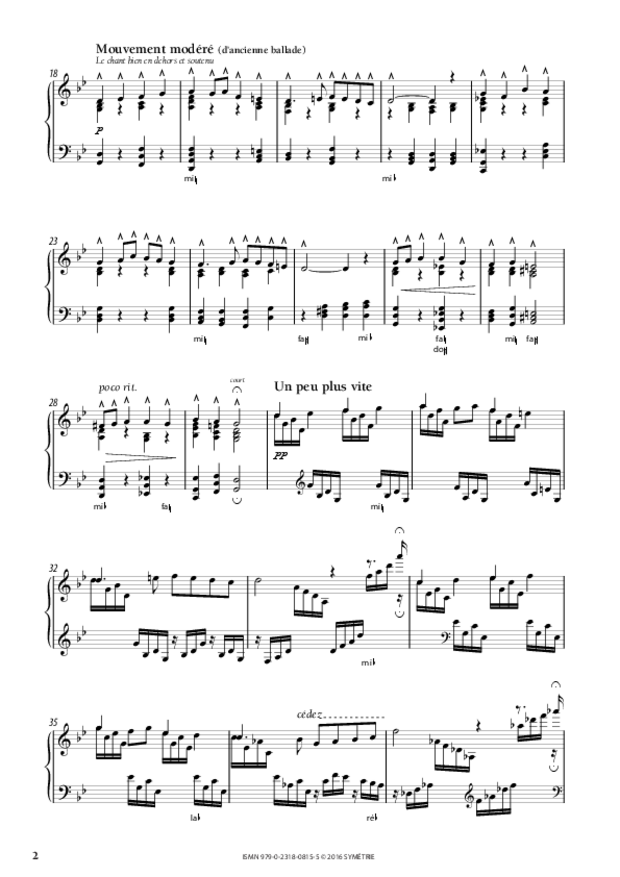 In his Fantaisie Ballade for pedal harp, the composer’s only known piece for the solo Érard harp, La Tombelle did not take the main theme from any specific traditional song, but played the artifice of writing a music in the spirit of ancient ballads. Here ballads is to be understood in the meaning of the 19th century, a rather free form (underlined by the word “fantaisie”) with sometimes melancholic accents. Although the main melody of this work is formed by three musical sentences, as the number of stanzas of certain medieval ballads, there is no recurring envoi that could demonstrate an explicit tribute to the poetic form favored by Machaut or Villon.

The current edition is based on an undated autograph draft, saved from a slow but certain destruction in a dark attic, home of colombidae more into cooing than music, to be deposited in the archives of the Périgueux and Sarlat dioceses. The manuscript, despite the clear writing of La Tombelle, contains a certain number of repentances as well as certain precisions about the changes of pedals. Some omissions have been corrected as well as some precisions about the changes of pedals. Regarding the two glissandos in the piece (bars 92 and 151), the composer wrote under the staff the “sons homophones” (“homophonous sounds”). The first then corresponds to a diminished 7th (A-B#-C-D#-Eb-F#-Gb) and the second concluding the work, to a pentatonic scale (G-A-B-Cb-D-E-Fb).