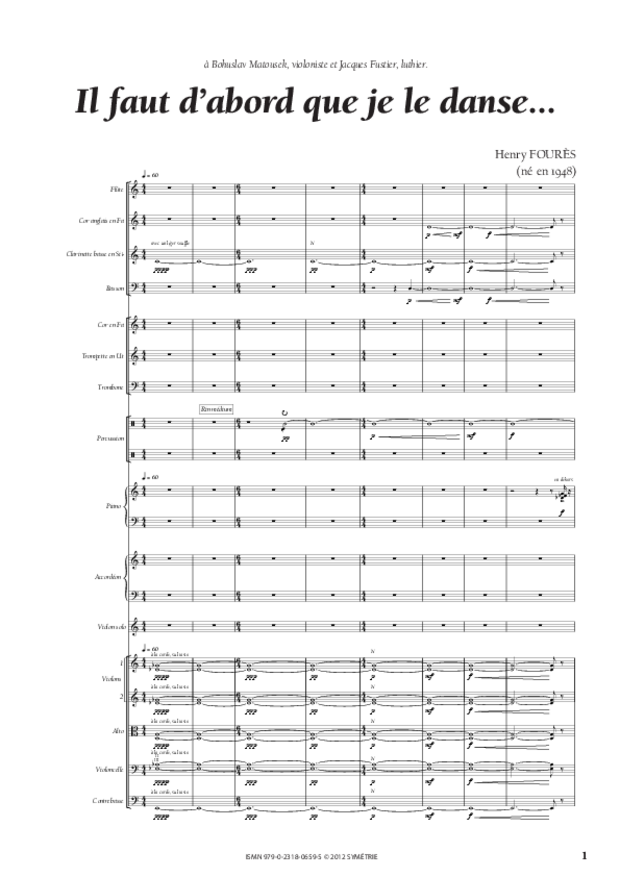 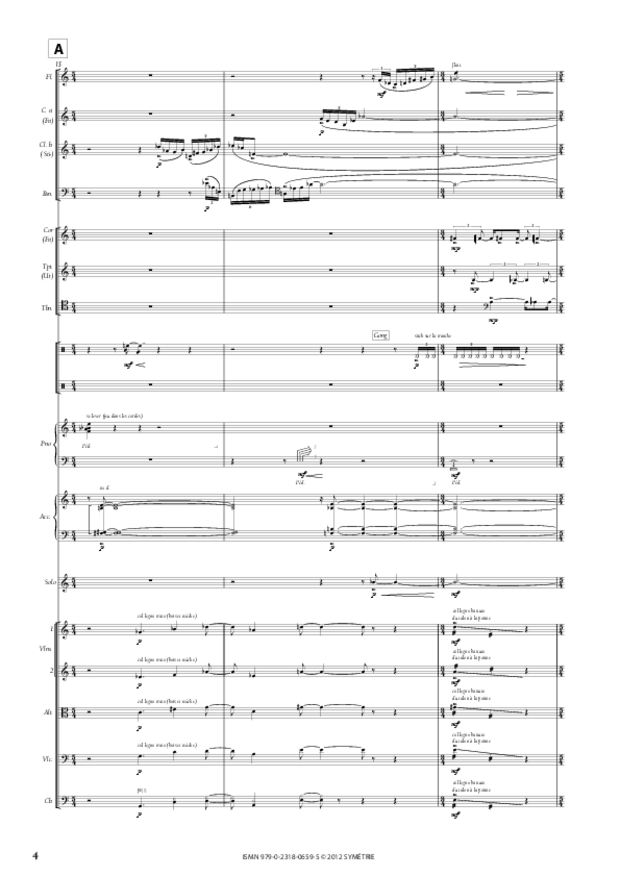 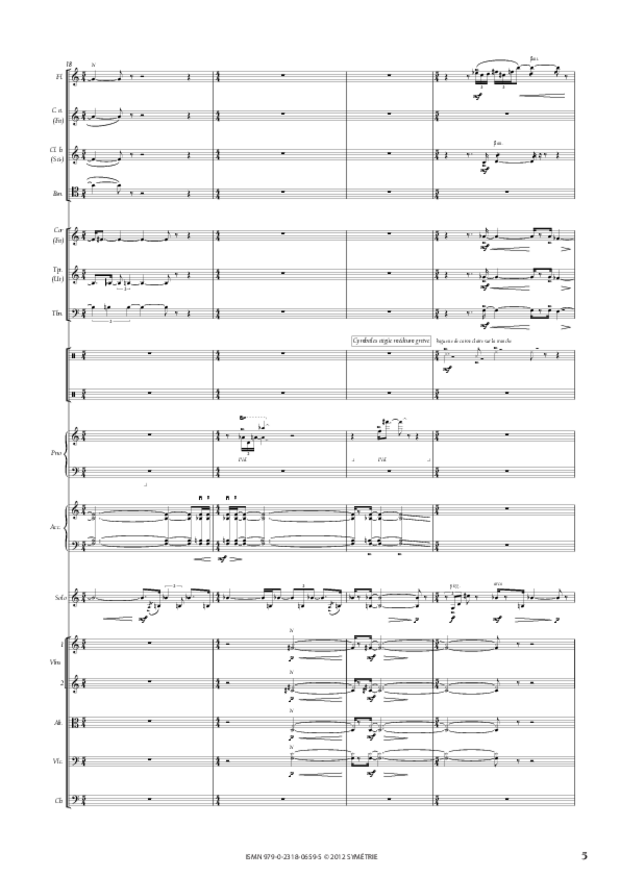 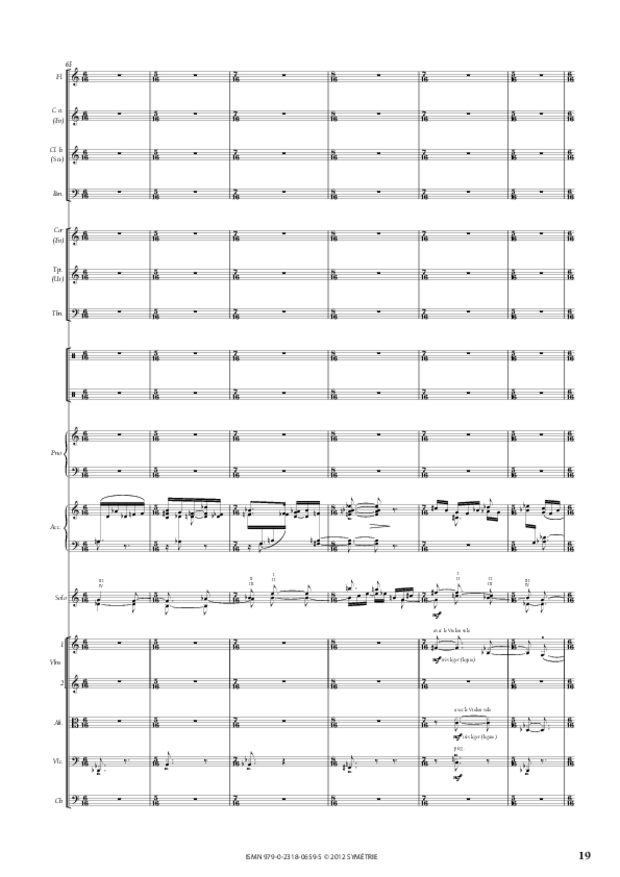 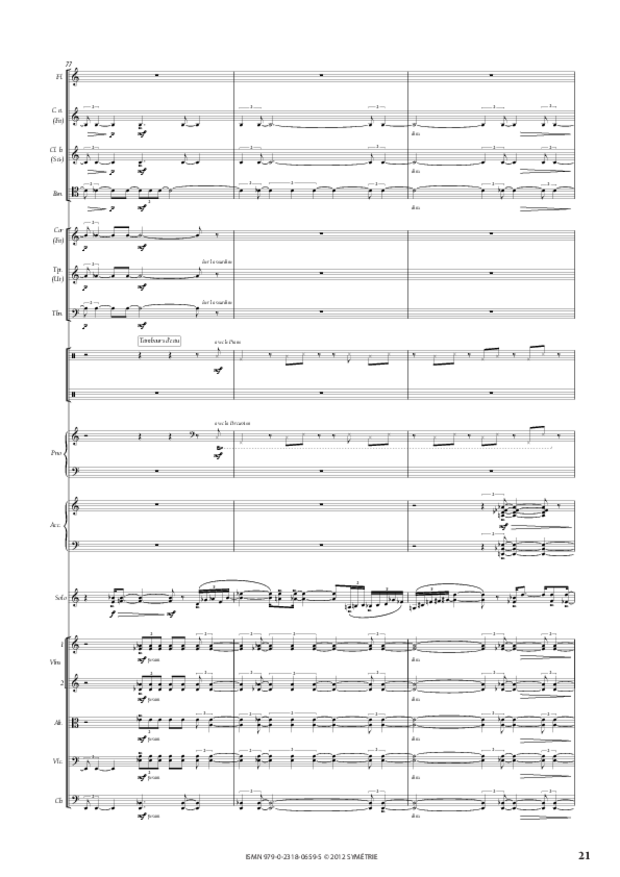 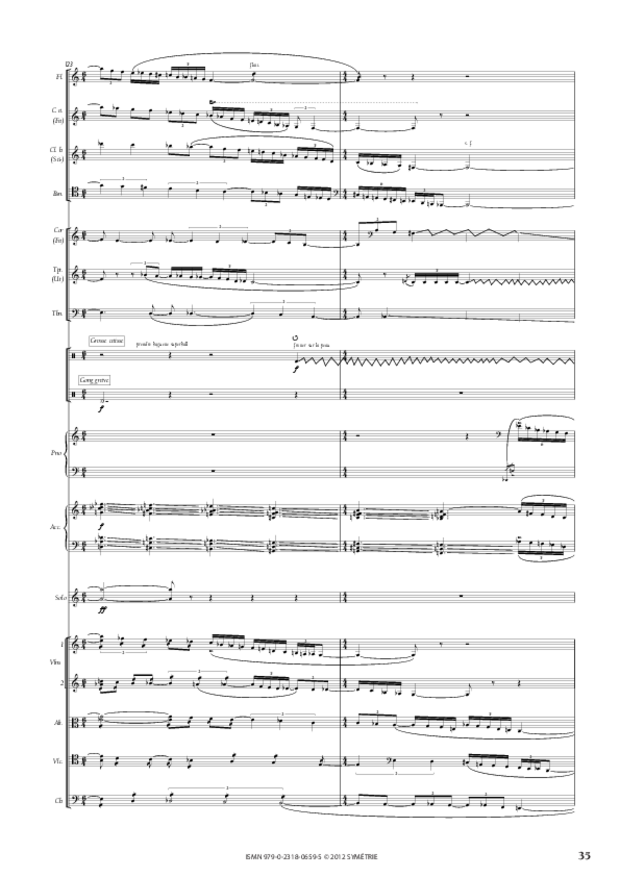 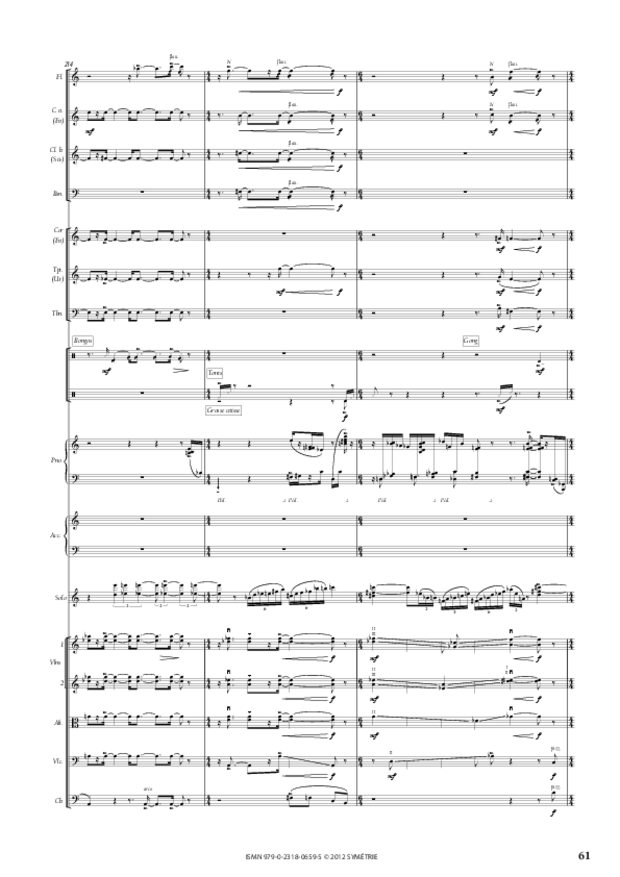 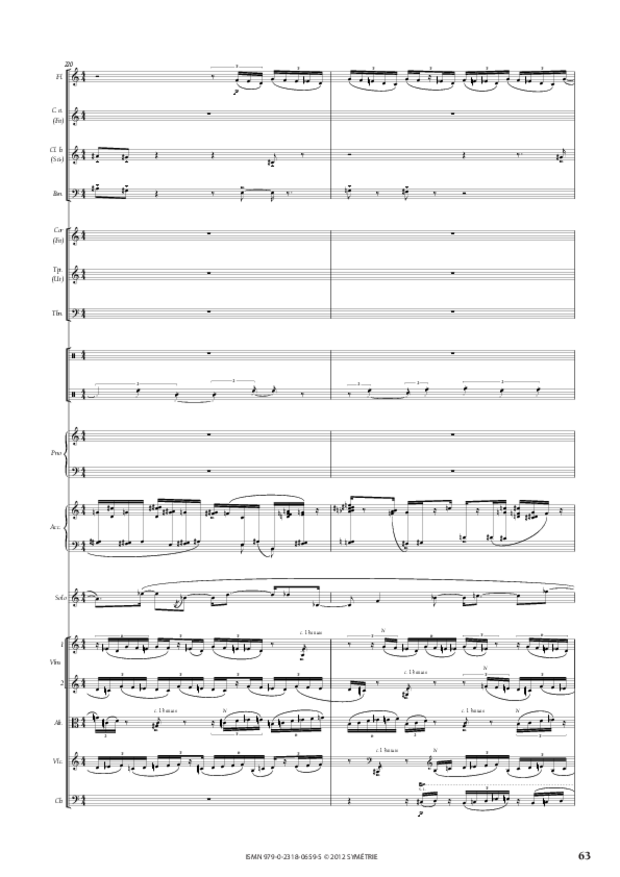 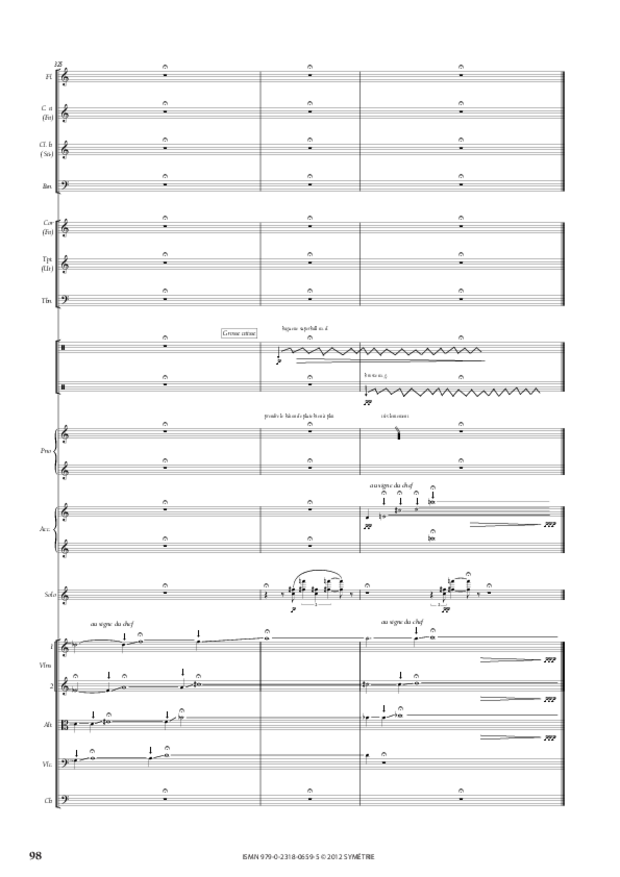 For a long time I have been trying to transpose…

The dance writing, in its notation and drawing of symbolic elements, has always appeared to me, through the various work collaborations with choreographers (in dance companies), rich in questioning and meaning for the composer.

Writing of the body, it is the writing of the gesture, of the movement, of its projection, of the energy – slow, contained or dazzling –, of its density. In the structuration of its development, the form arises from space and longs for space.

Writing of the unstable, of the fragility of the moment; it questions time in its very expression of its rupture, as of what can fix or lead its mobility; it demonstrates a creative, visual, “muscular” mind, independent from the language.

This “concertante” piece, with a main solo violin, but also with a piano, an accordion and percussions amongst a soloists ensemble – a music company – owes much to the development of concepts and elaboration processes of choreographic forms process.

First the sensation…then I had to “compose”.