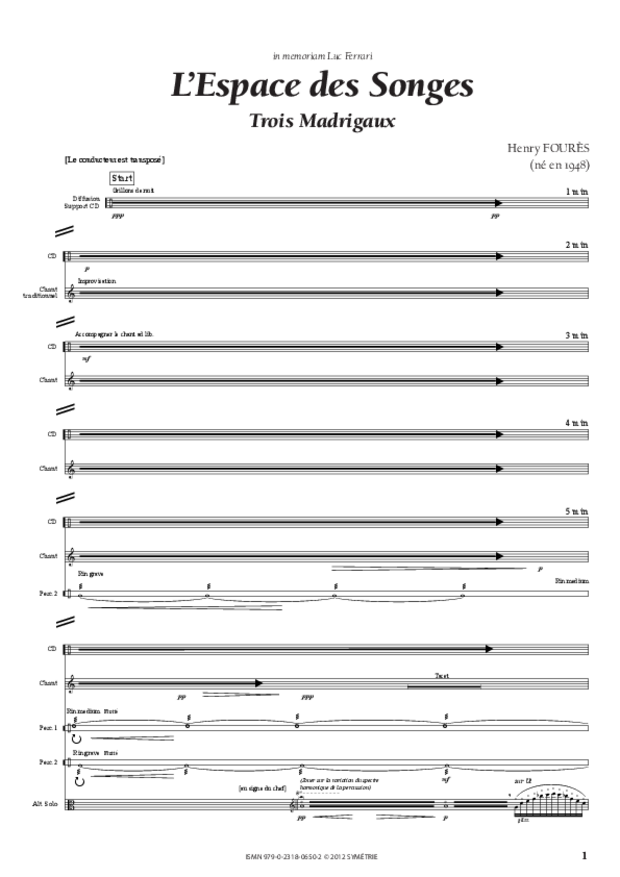 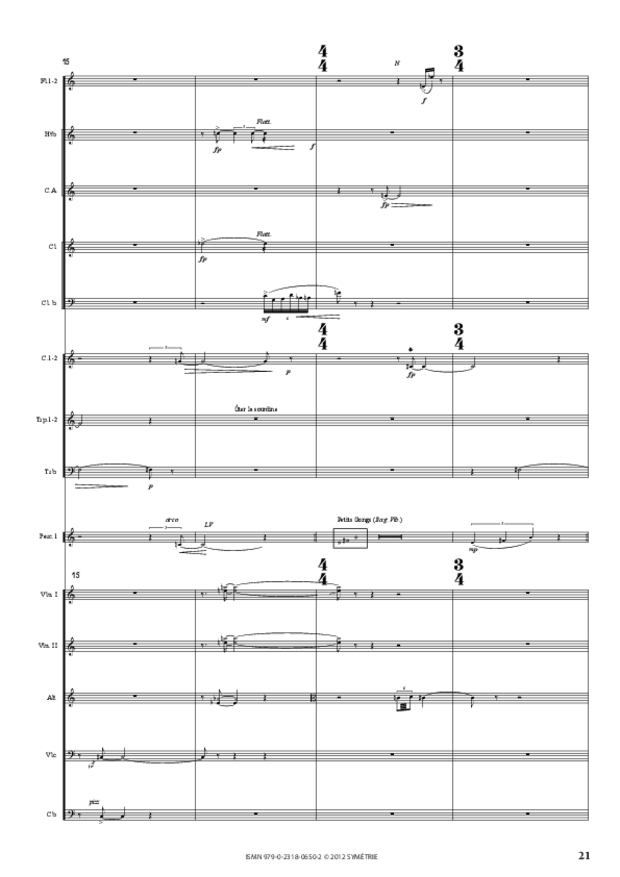 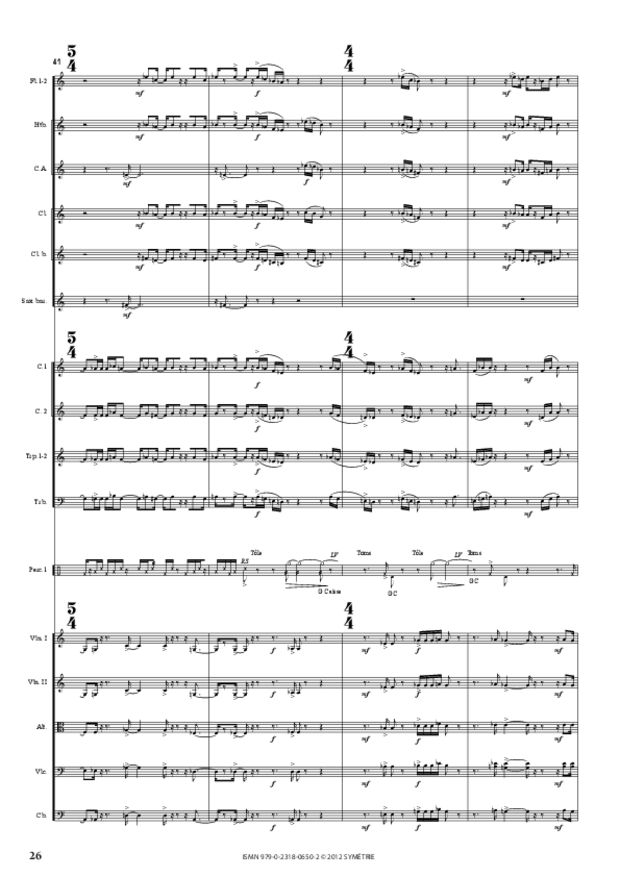 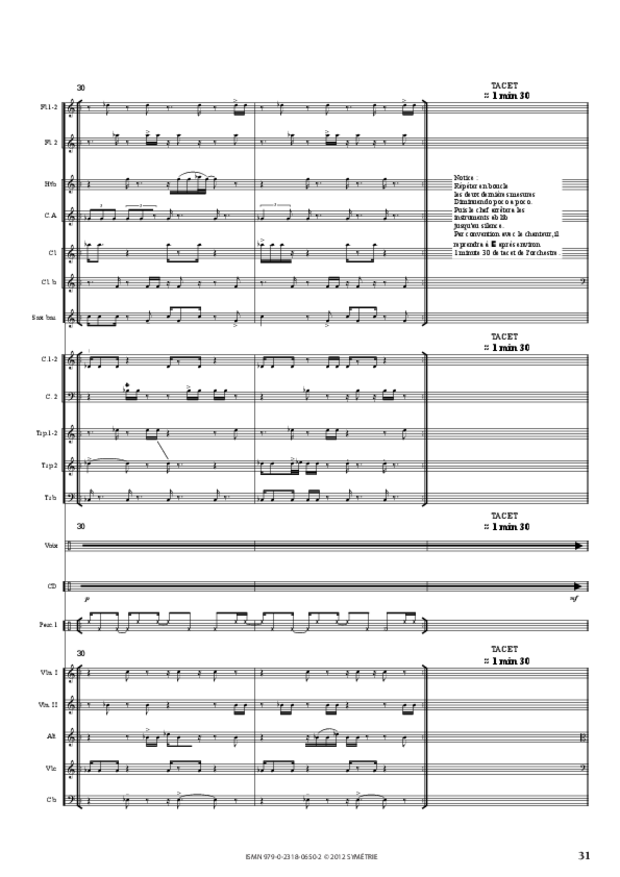 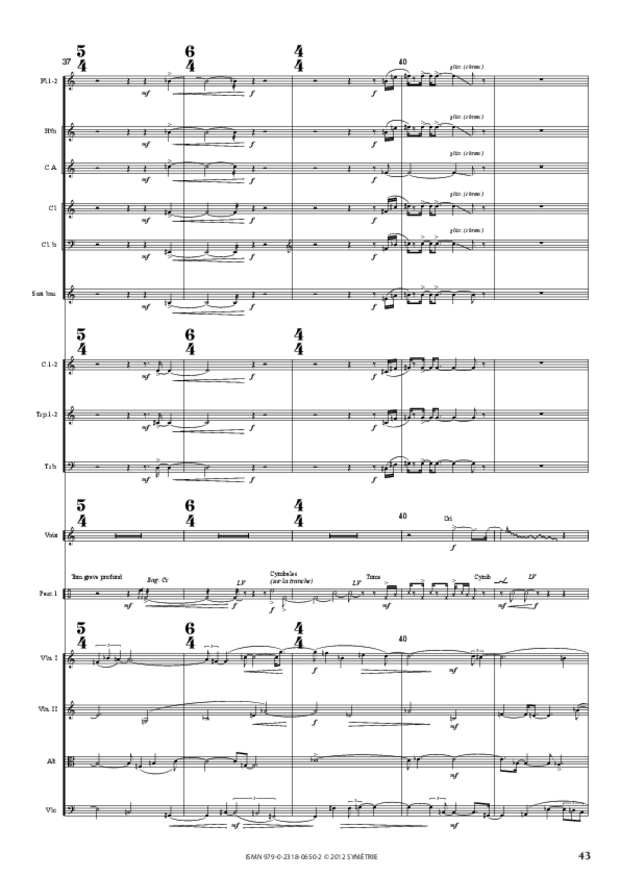 Initially commissioned by the Réunion island territorial collectivity, this 3-movements piece integrated in its first version a Maloya traditional music group in the orchestral writing. In the second version, this founding principle remained by placing within the orchestra a male or female singer, as a custodian of a traditional culture of improvised singing.

This performer embodies “the space of the dreams” in the relationship he is maintaining with the field of the “writing”, of which he can be a commentator without never being perceived as a soloist.
This piece is divided in three movements linked by recorded elements designed as imaginary acoustic landscapes where one can still hear what belongs to the figurative world of Nature (night crickets, birds, slightly transformed and “tuned” storms, but also human rumours gathered on different geographical areas, countries and continents).

These landscapes belong to this space of the dreams, that they color and inhabit with the orchestra and the voice.

Each movement, according to the very nature of the madrigal form, has a different contrapuntal style, where each acoustic space (written, improvised or recorded) has its own part.