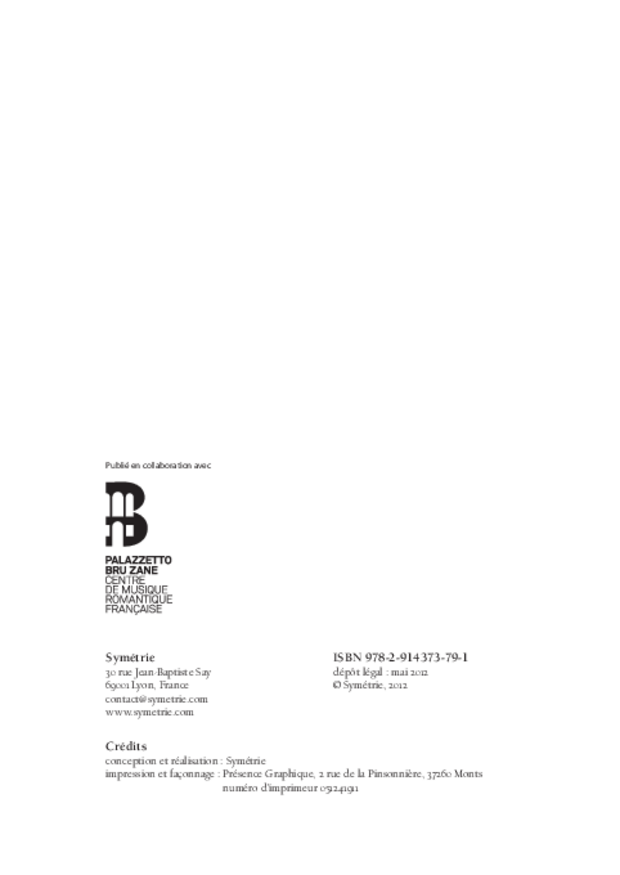 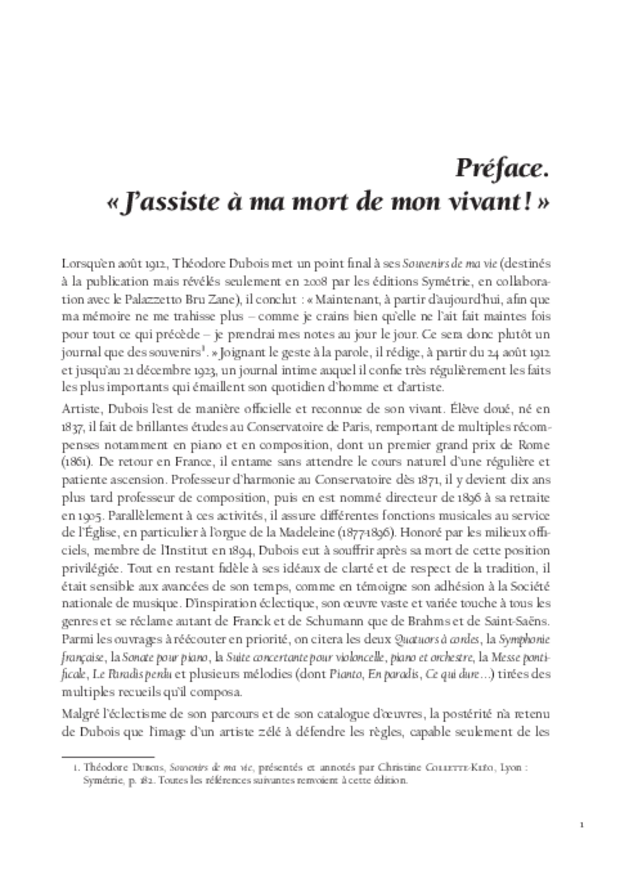 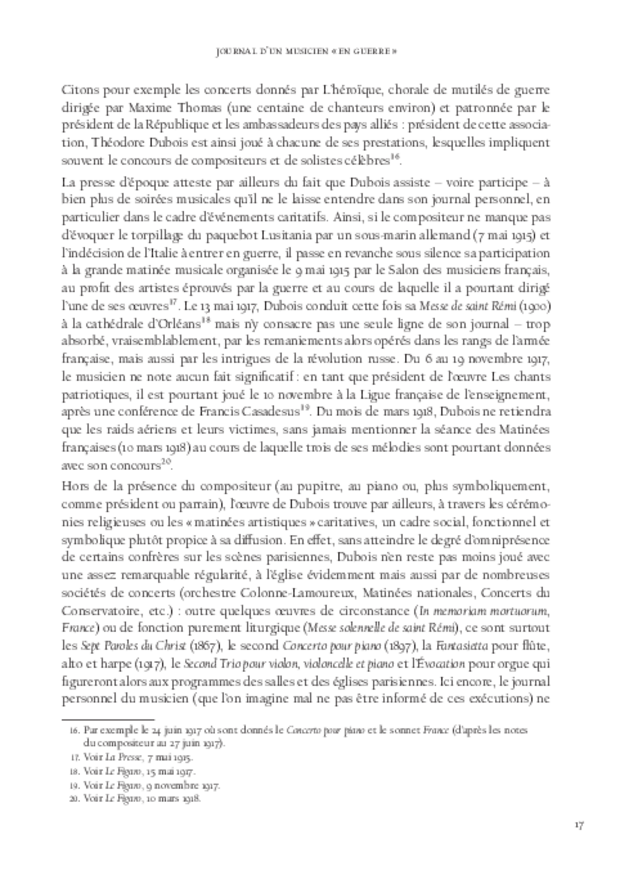 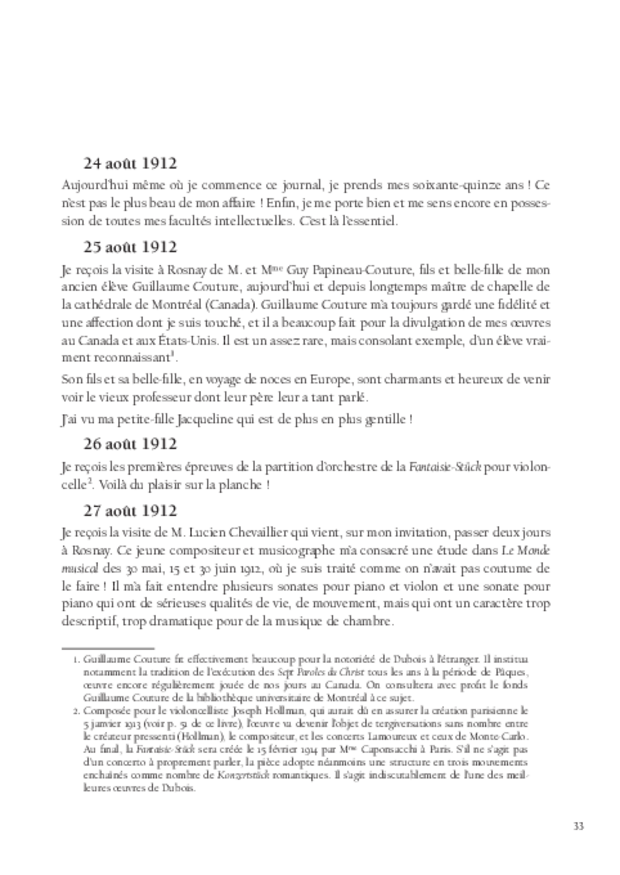 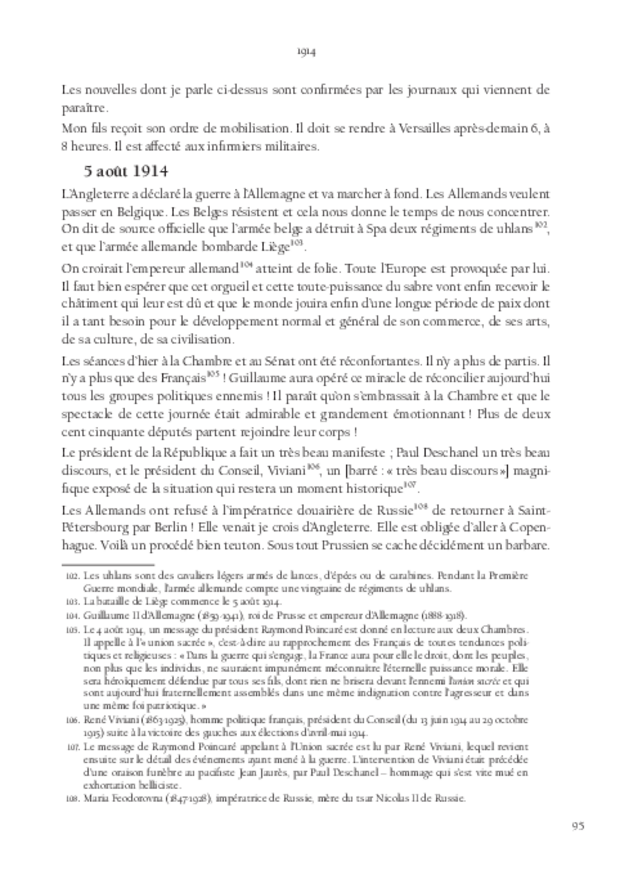 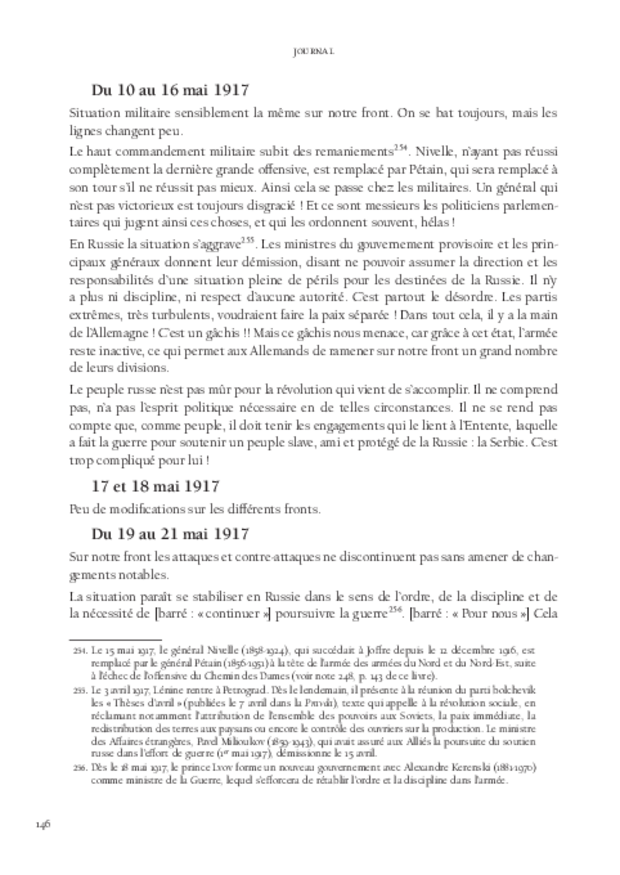 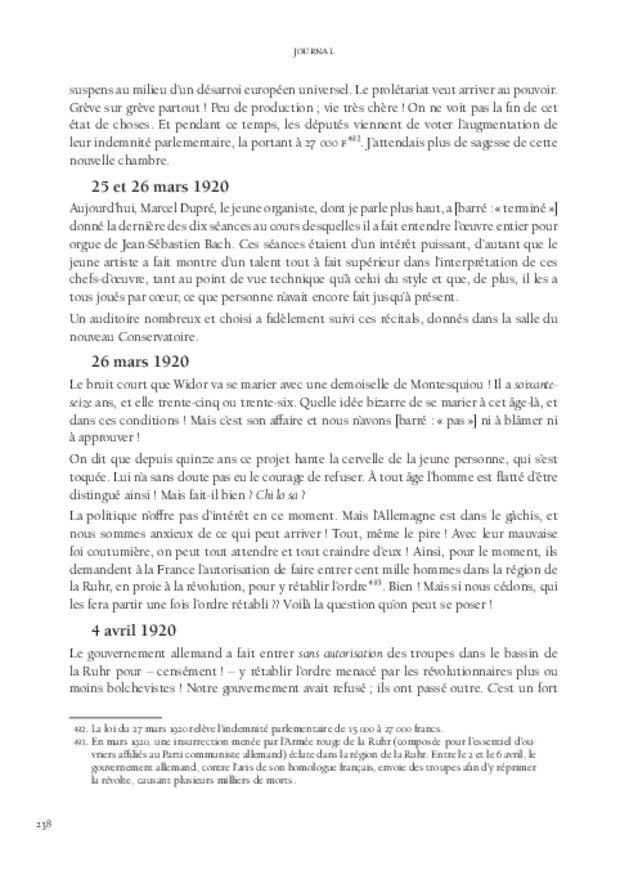 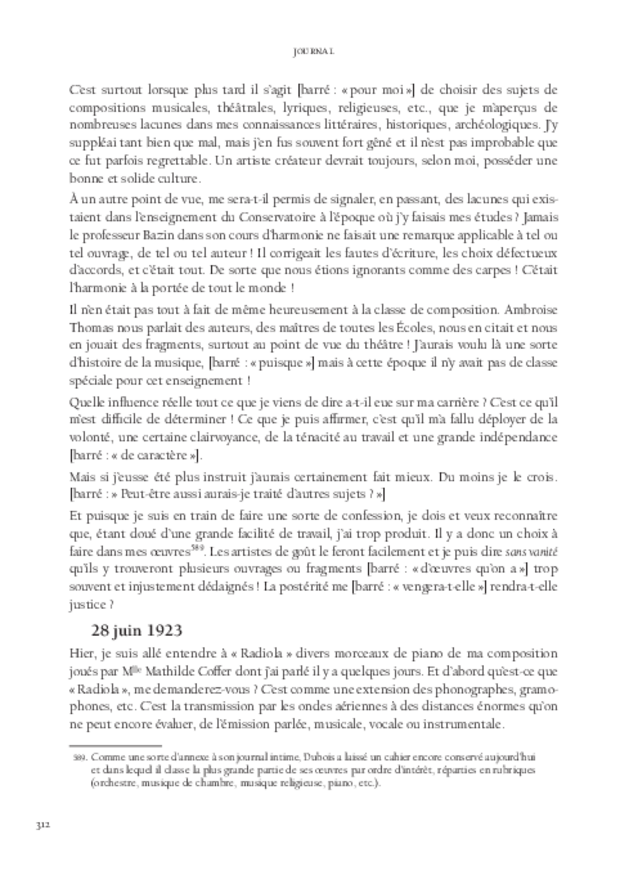 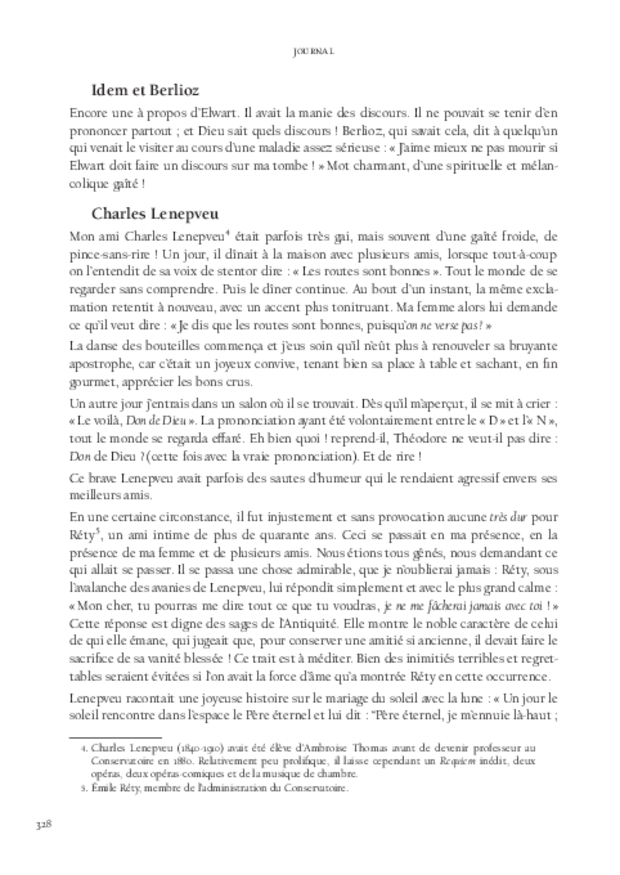 On his 75th birthday in 1912, Théodore Dubois (1837-1924) began writing a diary which he kept almost until the end of his life. The first pages recount the quiet daily life of a musician adored by the official circles but whose artistic fame was waning; a “romantic” composer soon overwhelmed by the backwash of the testing modernities of Ravel, Stravinsky or Milhaud. With the outbreak of the First World War, this diary takes a completely different turn. Punctuated by news from the front (distorted according to the prism of a propaganda press) as well as by personal and material concerns, Dubois’ text now delivers the attentive and worried view of its author on a conflict of unprecedented proportions and stakes. Throughout the pages, the composer also bears witness to the practices, institutions and musical sociability that were born and organised with the Great War. A hero of a bygone era, the composer of the Paradis perdu analyses post-war events (up to 1923) from the same perspective: lucid, disillusioned and often backward-looking.