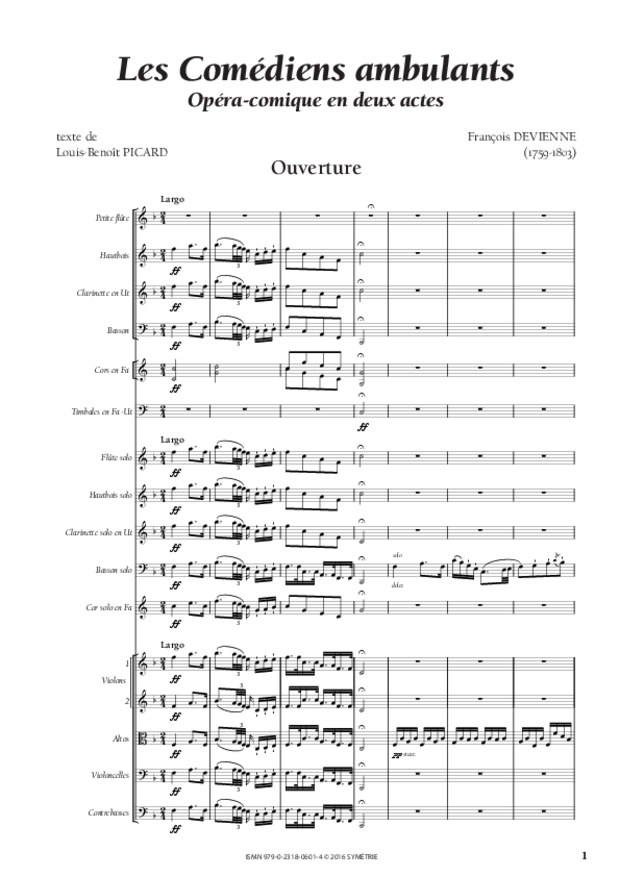 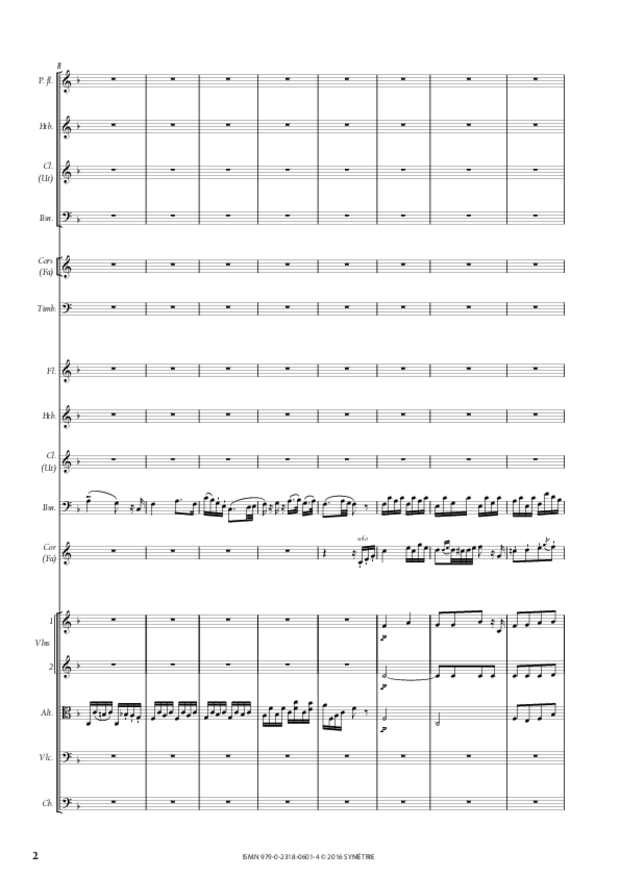 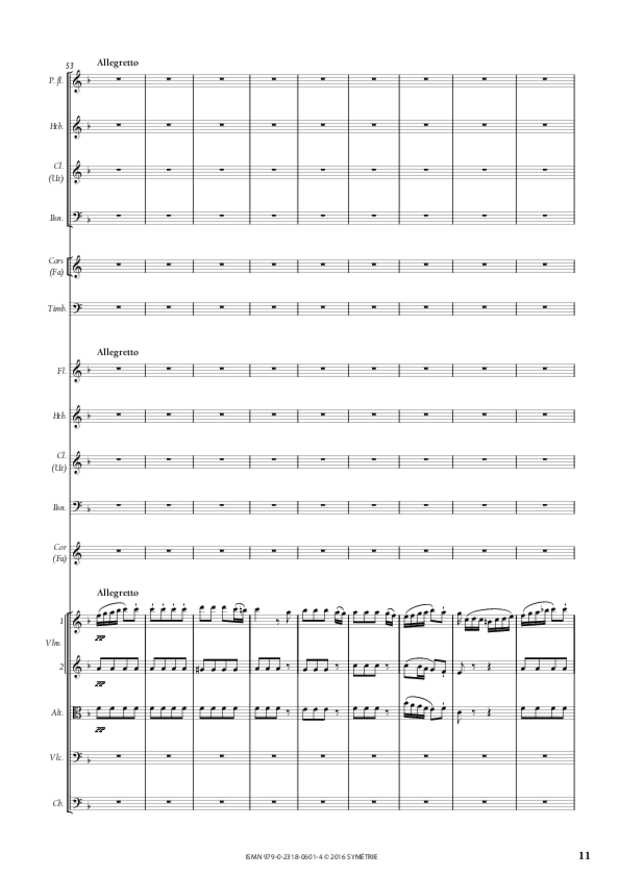 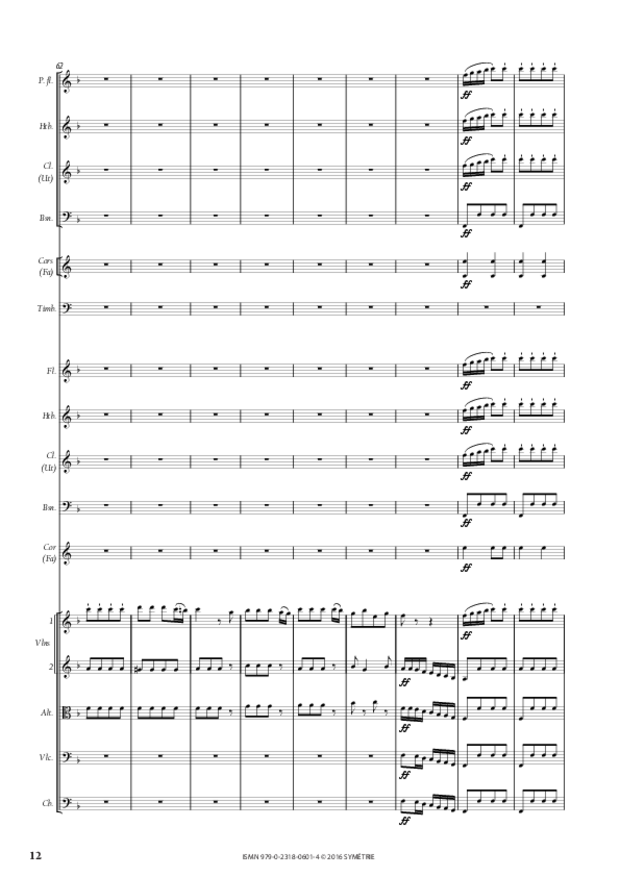 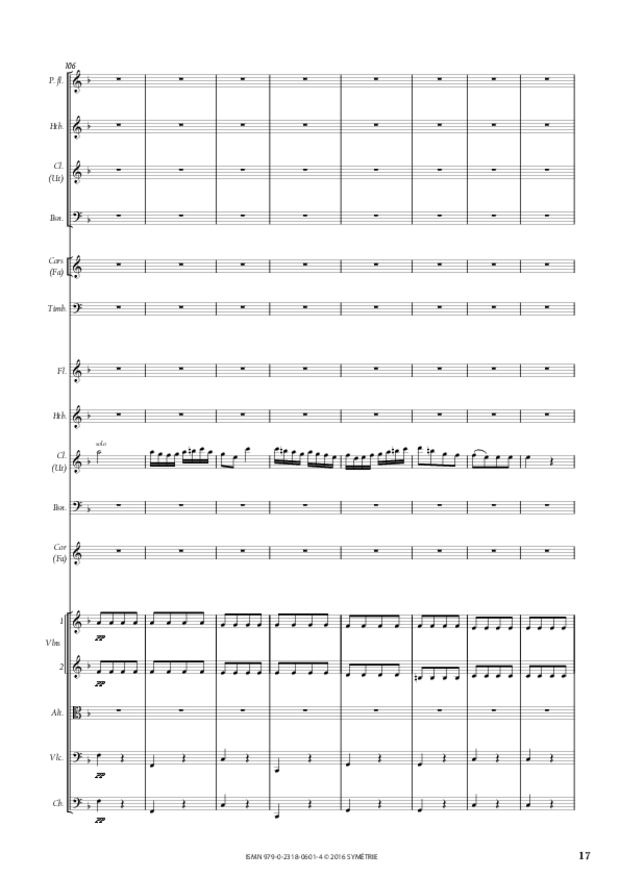 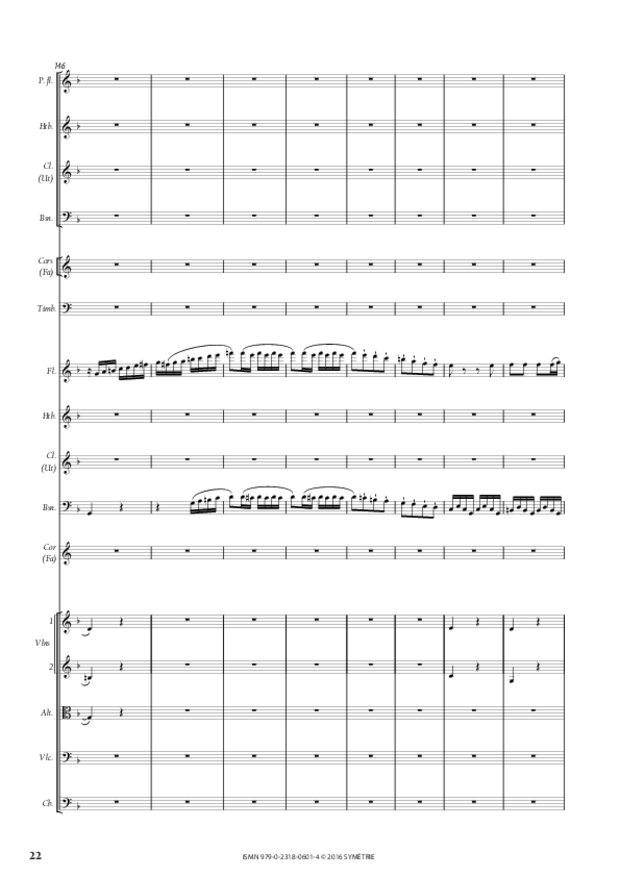 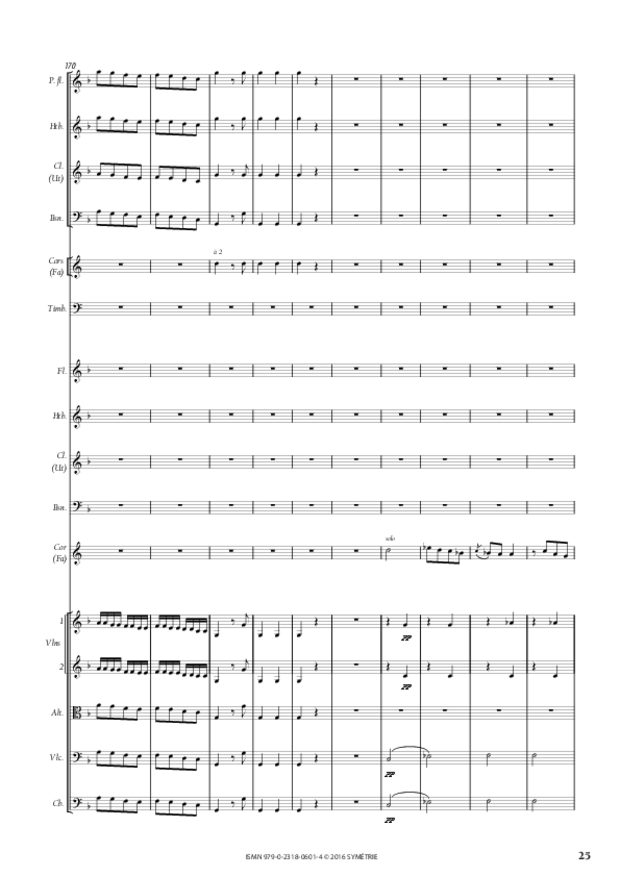 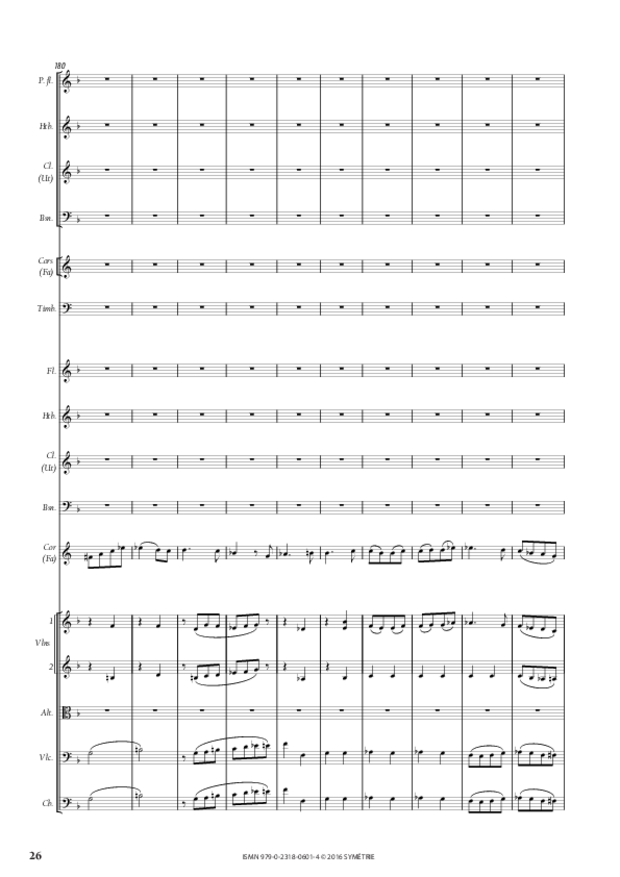 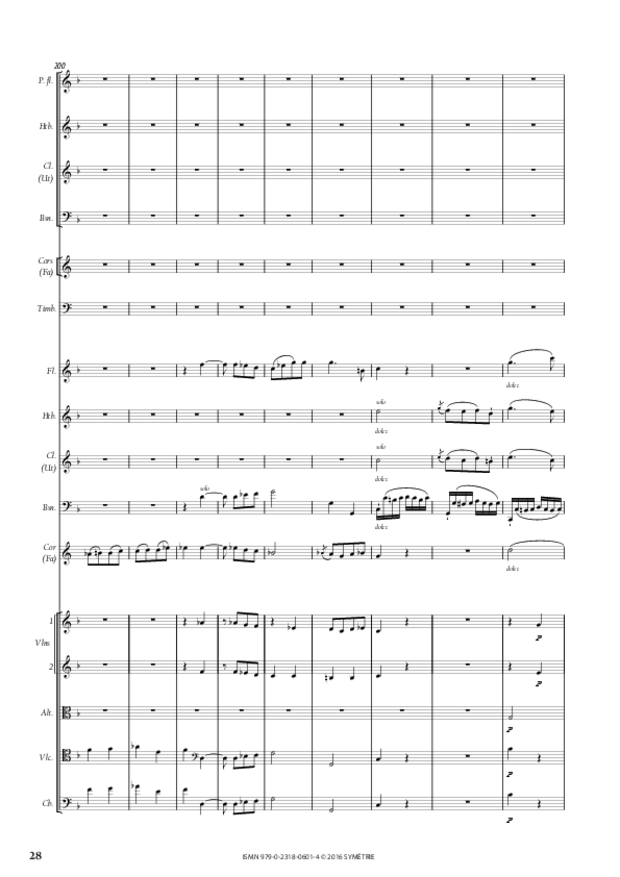 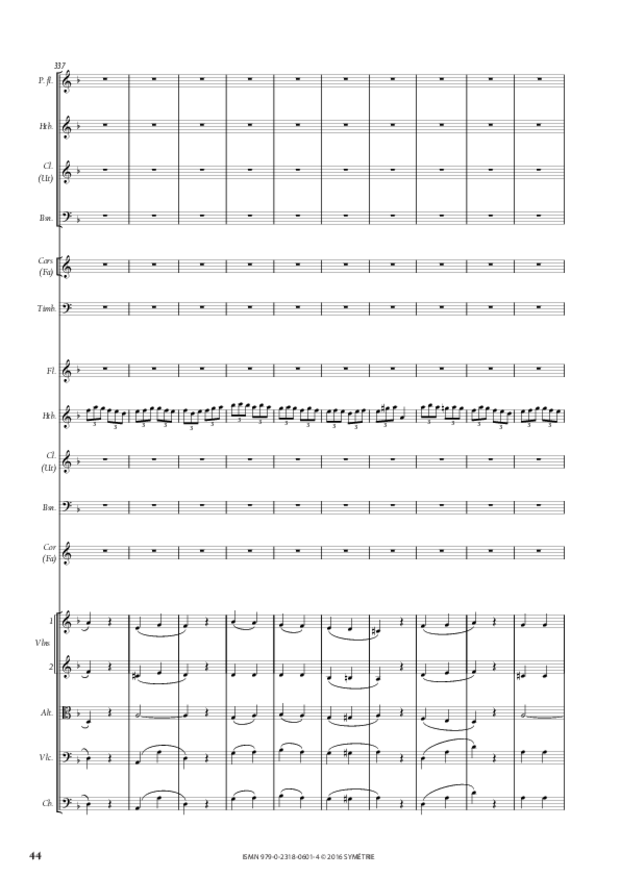 Last but one of his twelve operas, Les Comédiens ambulans [sic], is a two-act opéra-comique, first performed on 28 December 1798 at the Théâtre Feydeau, with the composer himself in the orchestra, according to La Décade philosophique.

Louis-Benoît Picard (1769-1828) had already written the librettos of Les Visitandines (1792) and Rose et Aurèle (1794), two other Devienne’s opéras-comiques. Here he set up the meeting between an actor and a soldier, each carrying a strikingly similar suitcase. The suitcase of Hubert, the soldier, was stolen by thieves that he routed. Willing to clarify the situation to a clerk, Hubert mistakes the suitcase. Meanwhile, a villager spots actors rehearsing a robbery scene. Believing they are actual robbers, he follows them to Beaugency to denounce them. The town clerk eventually understands, after the arrivals of the soldier and the actors’ trunk, the exchange of the luggage explaining the misunderstanding.

The work was received with mixed feelings. The overture, written as a movement of a concert symphony, was judged “very pleasant […], but the subject seemed to require something lighter”, the critics wrote in La Décade philosophique. Similarly if “music is little […], the little here is easy and melodic”. As for the performance, the critics underlined the quality of the vocal and instrumental performers, particularly in the second act where “an arietta sung by citizen Rolandeau” gave “much pleasure”.

The structure of the overture in F major faithfully follows the canons of that time. A slow introduction enhancing five soloists (flute, oboe, clarinet, bassoon, horn) is followed by an allegretto in a rondo-sonata form (A-B-A-C-A-B’-coda), whose chorus (A) is played by the full orchestra, whereas the verses (B and C) are a dialogue between the soloists and the ripieno. The C verse is notable for its theme borrowed from the “Couplets” sung by Hubert at act 1 and subject to many variations: Devienne like many of his contemporaries, put the soldier figure forth, a much prized character by the opéra-comique audience at that time. As for the harmony, it never ventures further than the closely related keys. On the contrary, melodies are more elaborate, but easily remembered thanks to their gracious and melodic line.

Thus the overture of the Comédiens ambulans testifies the interest of the Revolutionary Era to the concertante styles and reveals a composer whose delicate and virtuoso music “gives the opportunity to the first artists of the orchestra to make the superiority of their talents shine”.