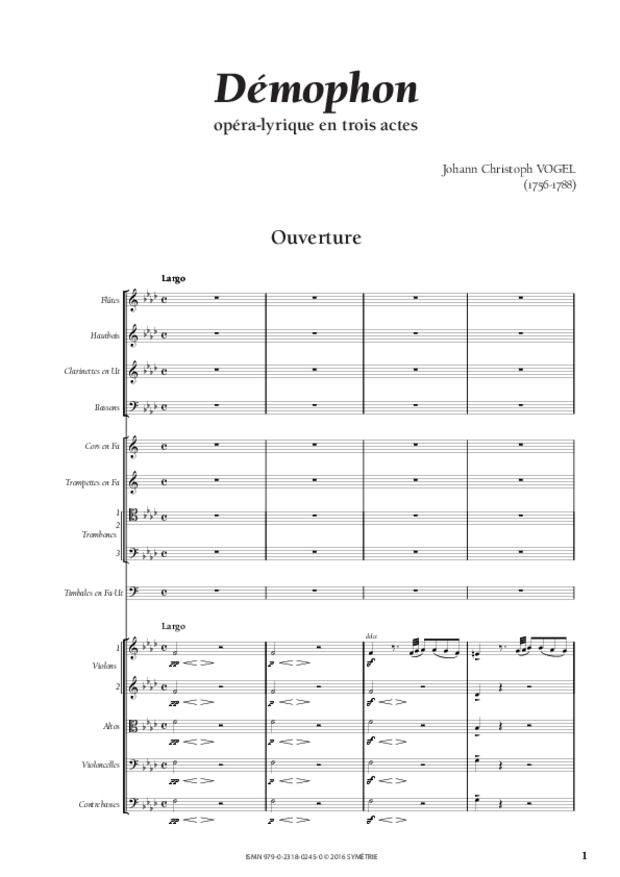 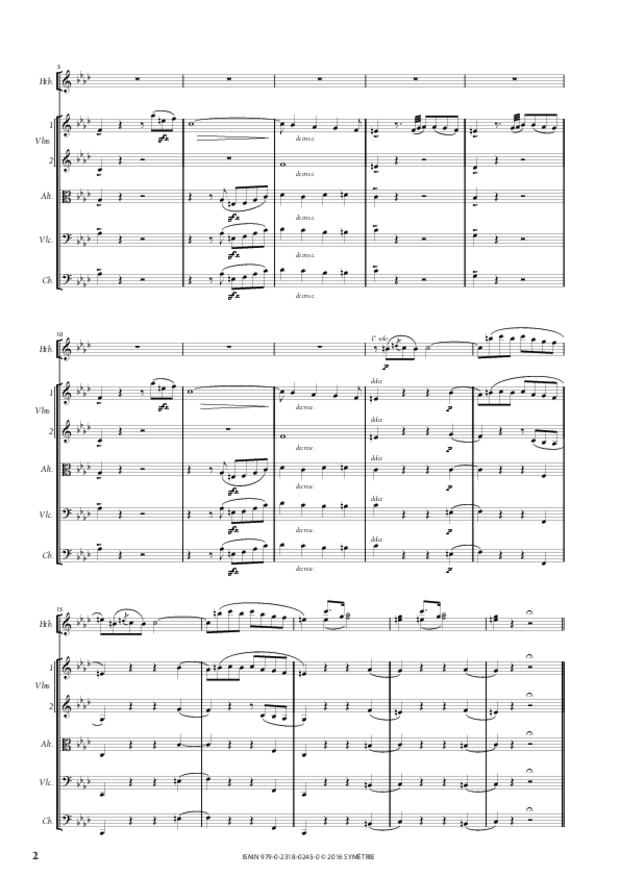 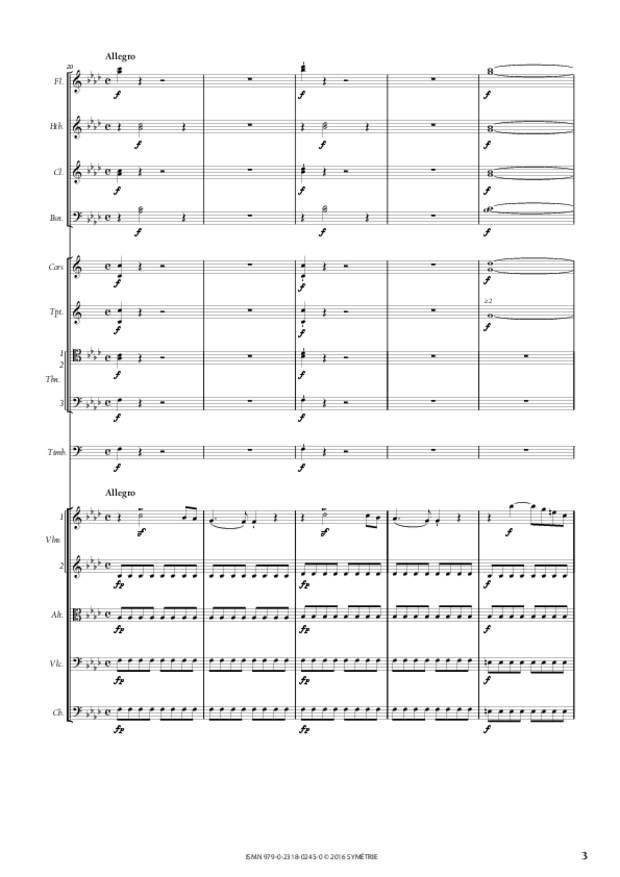 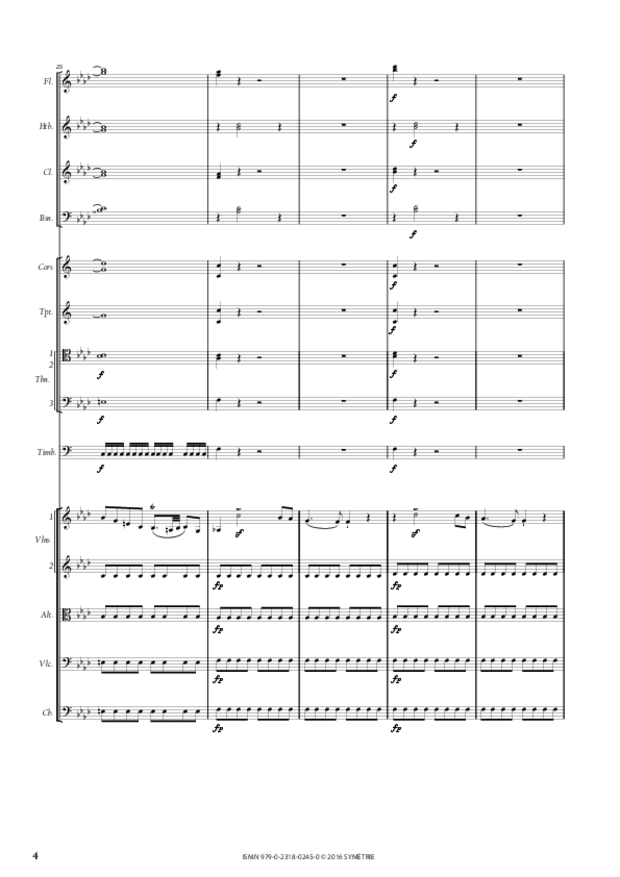 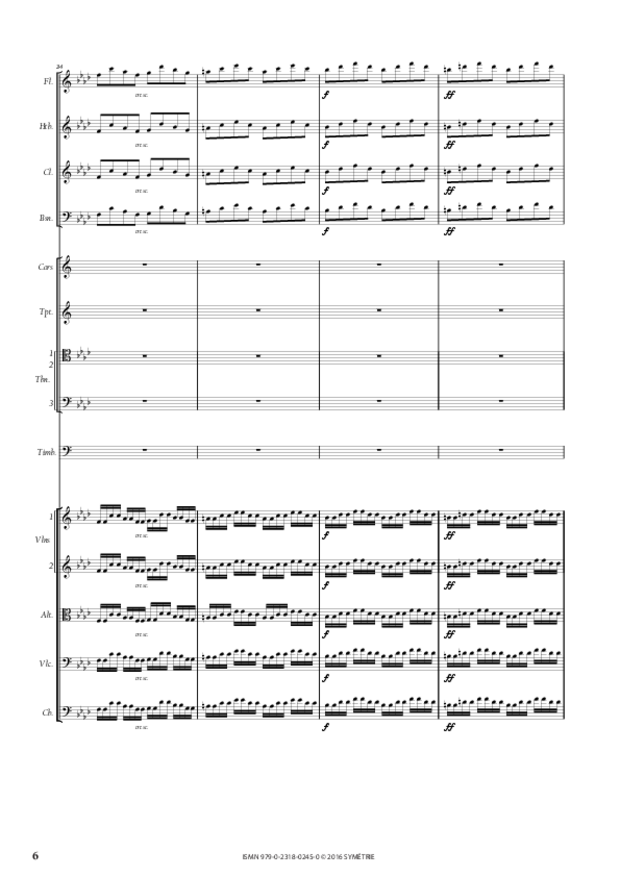 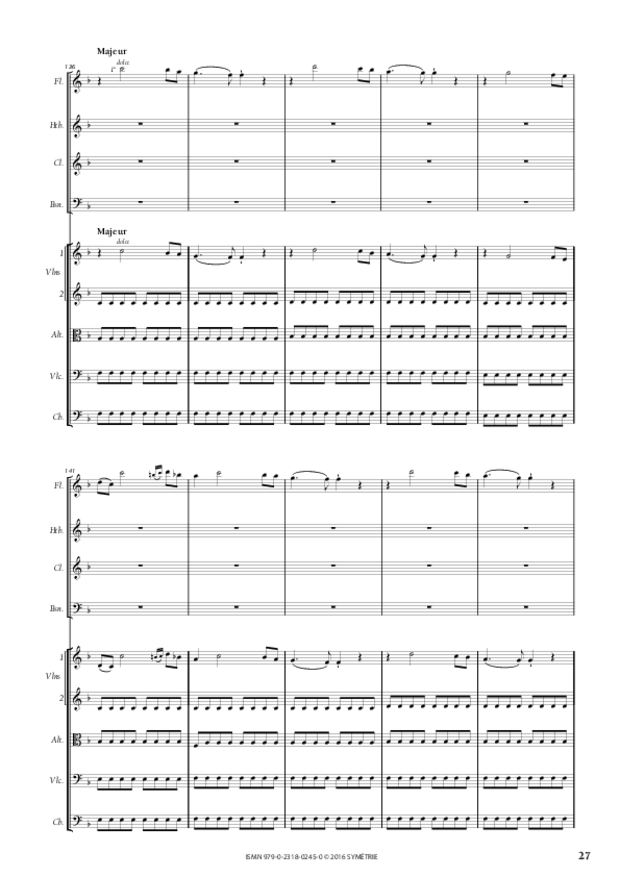 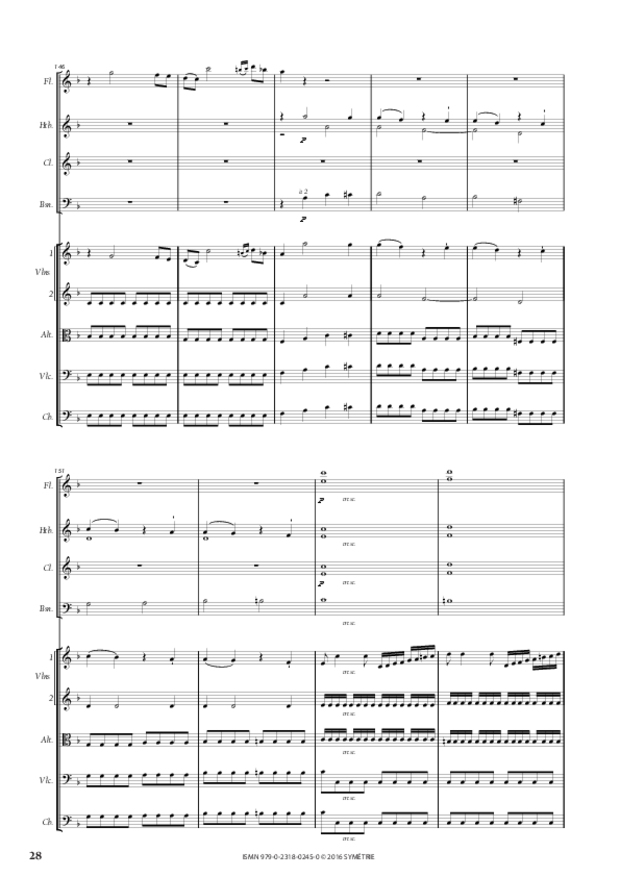 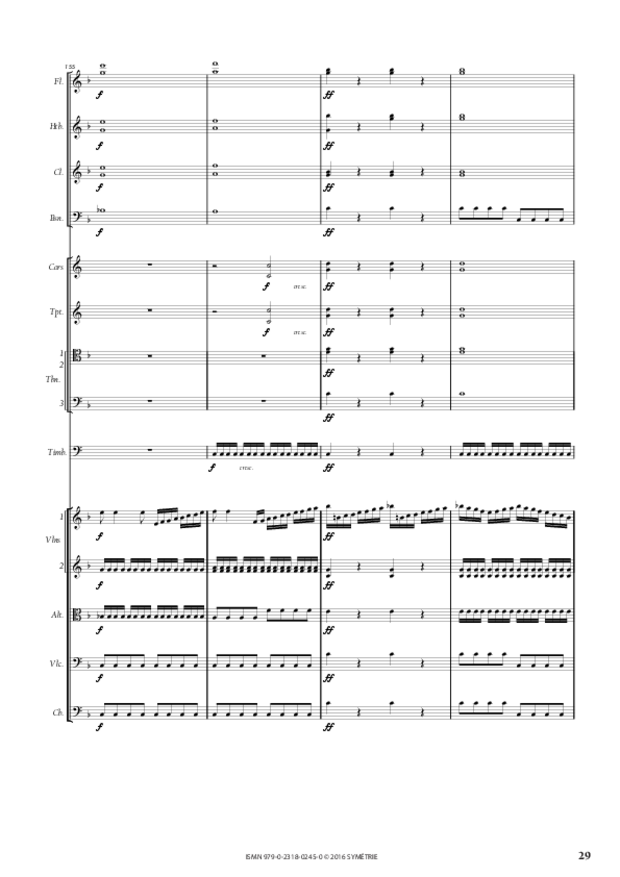 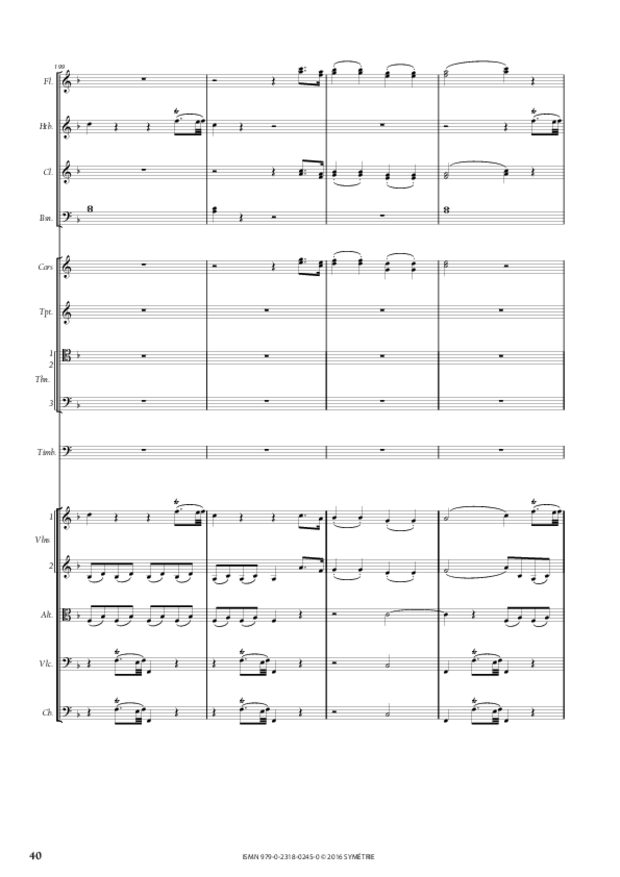 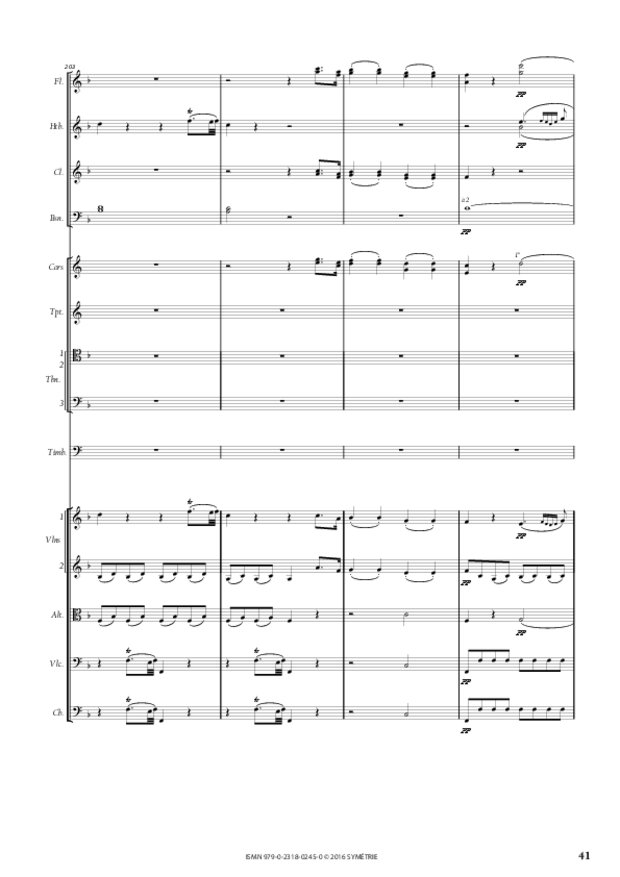 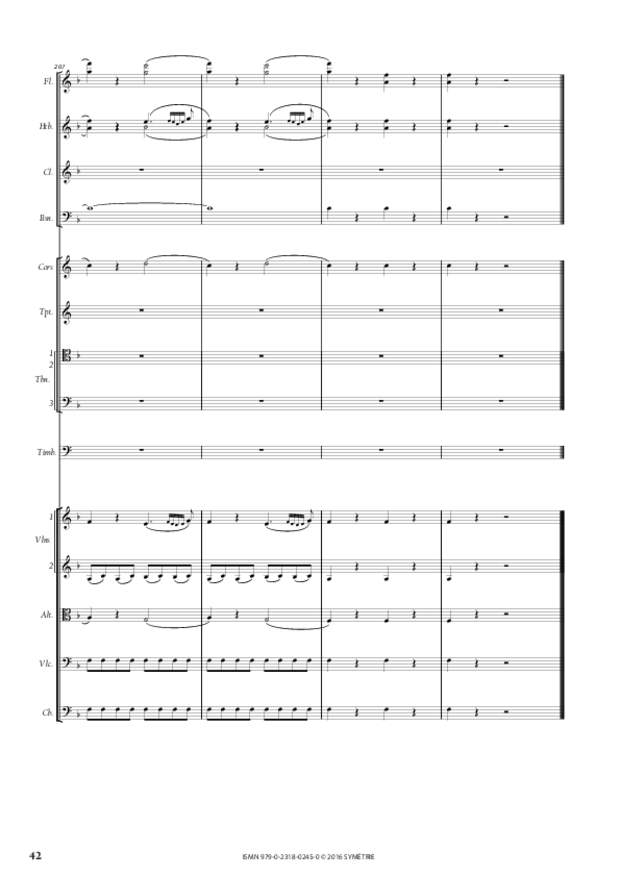 Adapted by Philippe Desriaux from Metastasio’s work, Démophon’s libretto isn’t a mere translation of the original text, but rather a paraphrase preserving its poetic sense. Many modifications occurred such as the removal of some secondary characters, the change of the Prince’s name (Osmide in Metastasio). Desriaux also added a final deus ex machina, following the French taste of the time.

the overture to Démophon plays on the shift from F minor to F major, homonymous keys, but contrasting in color and atmosphere. It begins with a slow introduction by the strings in F minor, then accompanying a short and gloomy oboe solo, later played again by the first violins. The thematic material is presented by the first violins in an allegro passage, accompanied by the strings in 16th notes and the brass and the wind sections playing spaced chords. After a section combining the woodwinds in unison and the strings in rhythmical decreases, the theme is played again transposed by the oboe and the first violins. A section taking over and developing certain patterns leads to a modulation to F major, the homonymous key. Outlining the thematic material in a new key tone, the overture ends on a F major authentic cadence, followed by a coda.

In fact the overture of Démophon’s first performance took place in February 1789, at the Concert de la Loge olympique, before the creation of the opera. It became Vogel’s most enjoyed work. The choreograph and dancer Pierre Gardel (1758-1840) took an interest in this music and used it for his Demons dance in the ballet Psyché (1790). It was also performed by 1200 instrumentalists for a funeral celebration at the Champ de Mars in 1791. Fifty years after its creation, the overture was still praised by critics, among which Hector Berlioz, who wrote: “The overture to Démophon is a masterpiece of unity, expression and simplicity; and […] of intelligent orchestration, both lively and picturesque.”