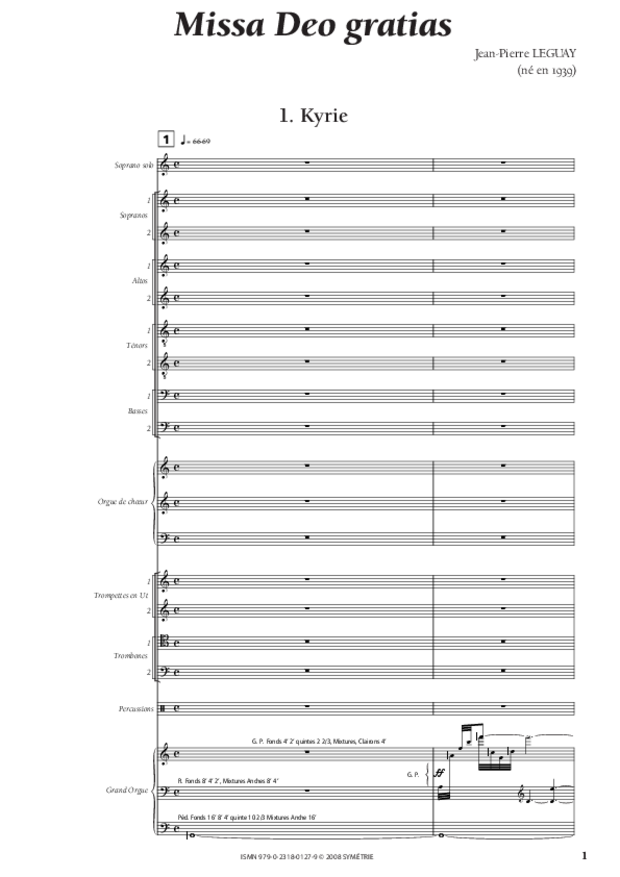 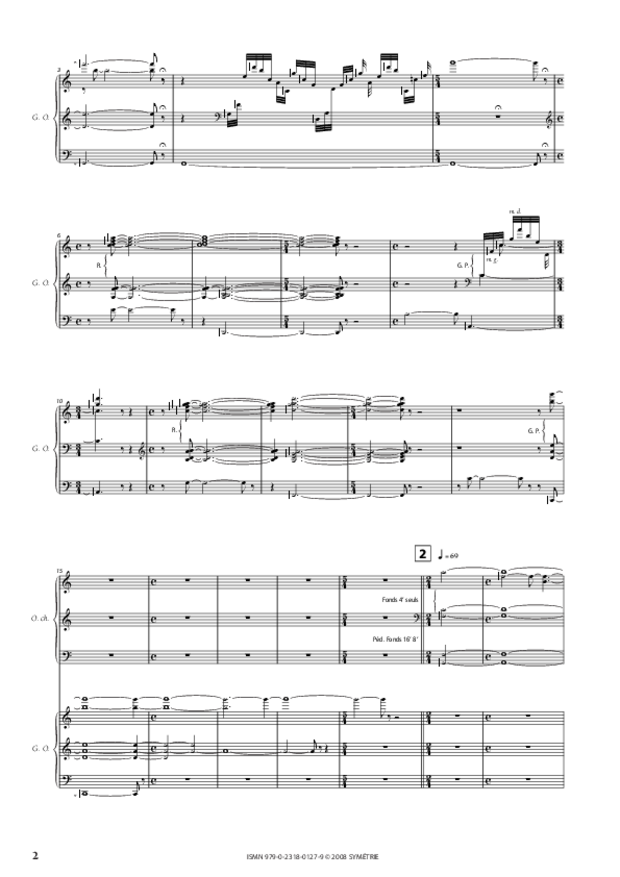 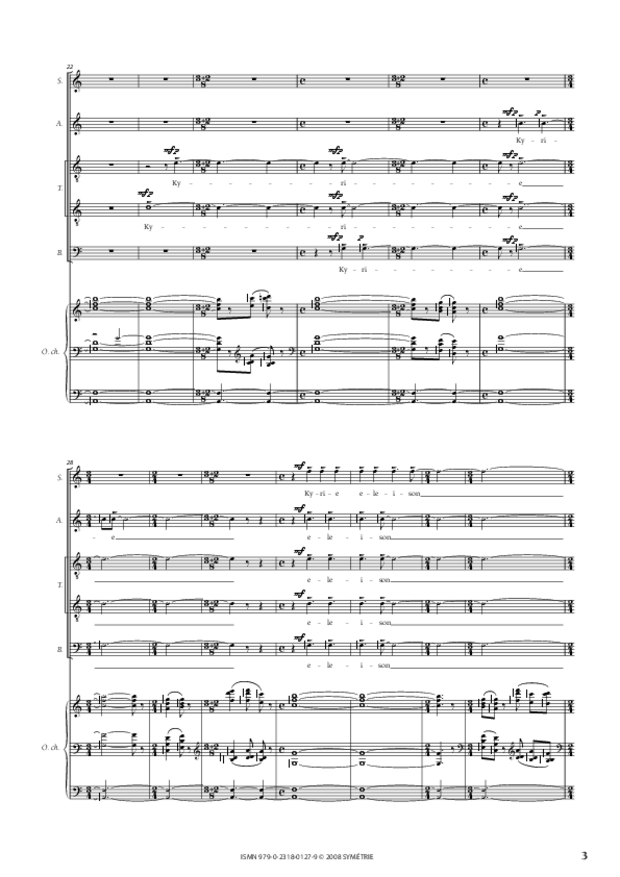 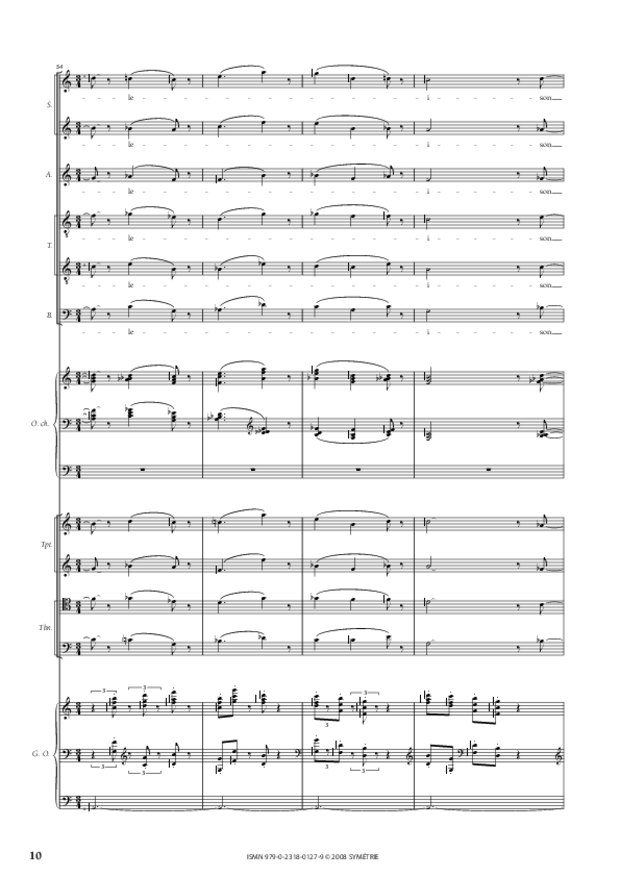 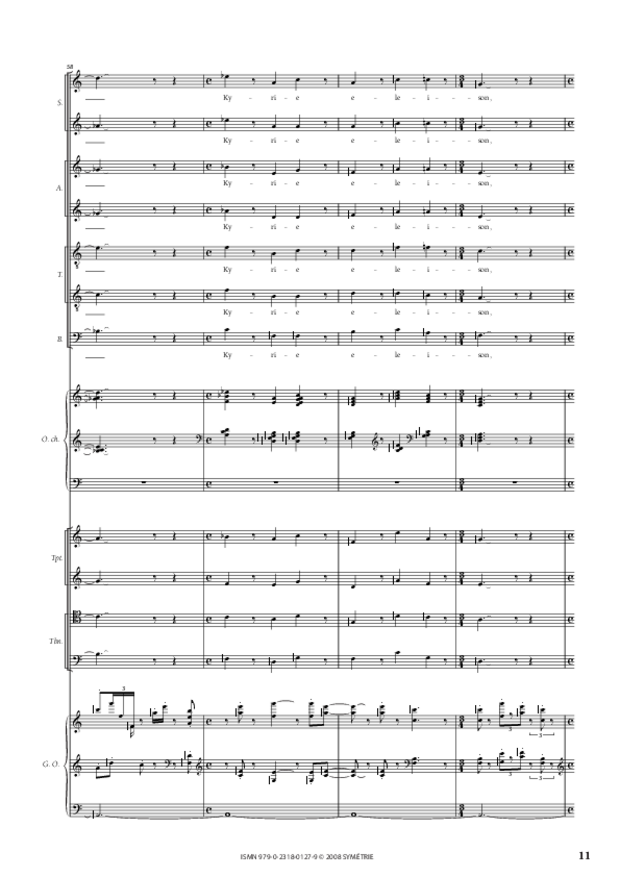 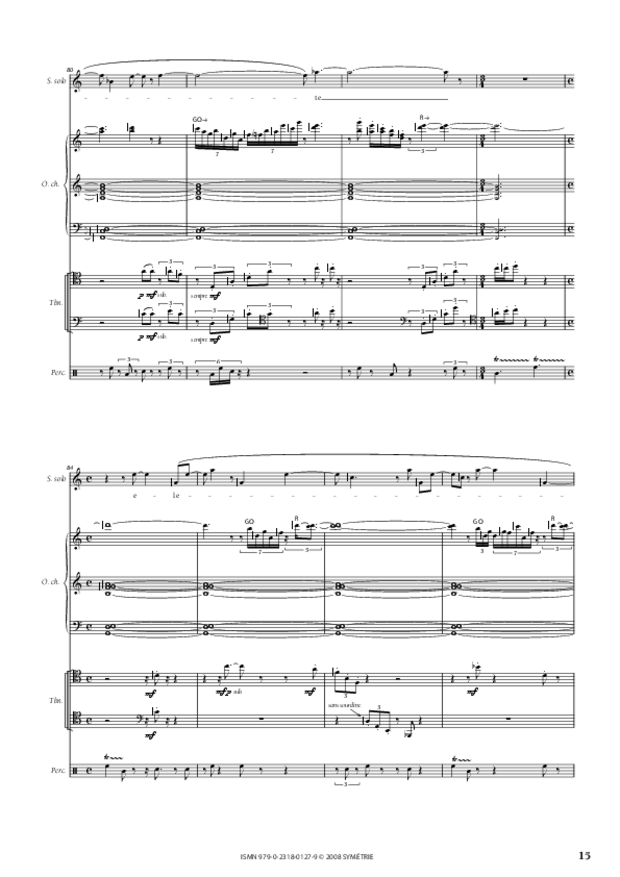 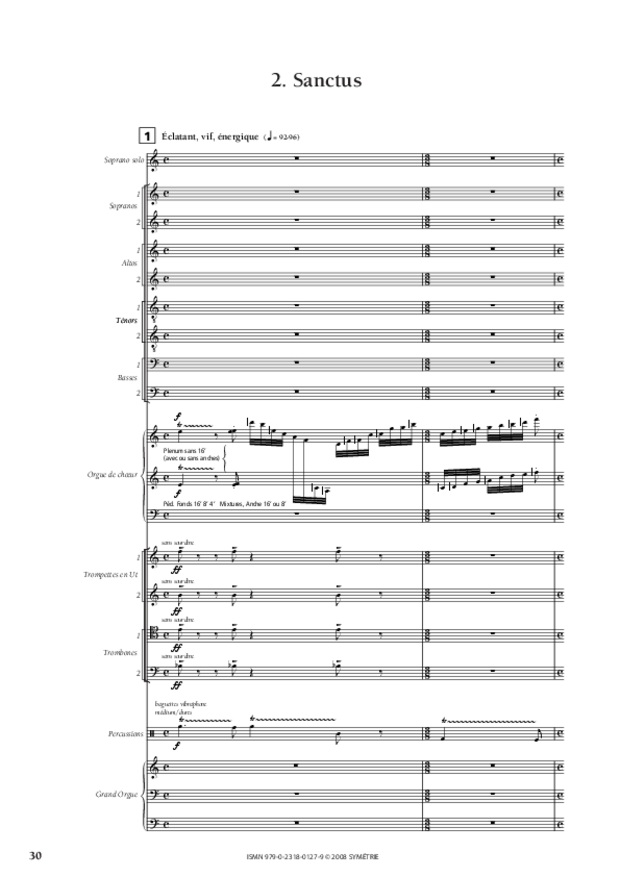 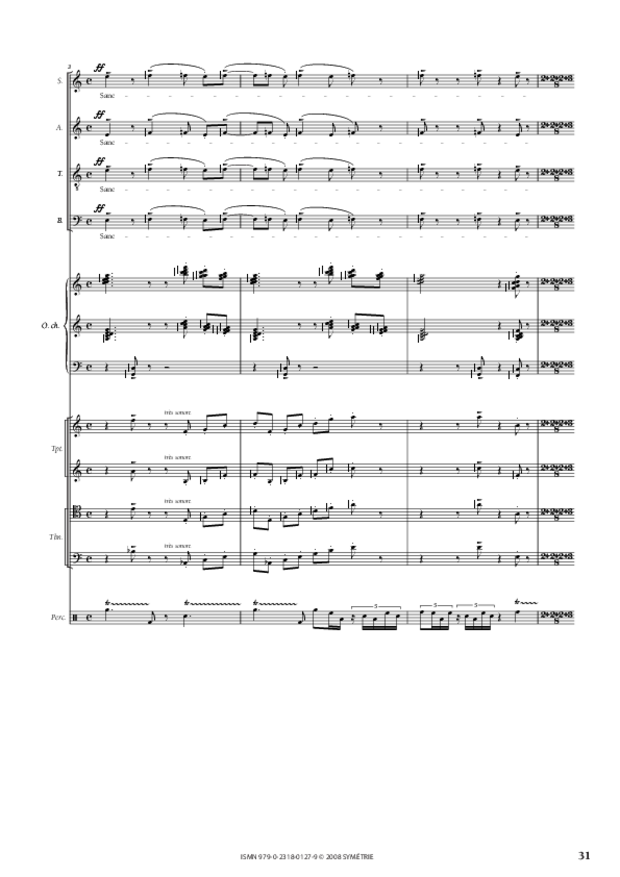 Missa Deo gratias – for children choir, mixed choir, two organs, two trumpets, two trombones and percussions – was premiered on Sunday, June 25, 2000, at the Notre-Dame de Paris cathedral, in the presence of cardinal Jean-Marie Lustiger. The performance, given under the direction of Nicole Corti, accompanied the evening service.

Commissionned by Musique sacrée à Notre-Dame de Paris – then directed by Jean-Michel Dieuaide – this work in Latin consist of Kyrie, Sanctus, Agnus Dei but not gloria since it has been of seldom use to sing a polyphonic gloria at Notre-Dame for years.

Later adjustments have then replaced the children choir by a solo soprano and suggested the ad libitum use of one or two organs. The latter solution, especially if the organs are far apart, definitely adds a dramatic dimension to space and sound but the lack of appropriate venues prompted an alternative plan in which a single instrument would play the dual role of great organ and choir organ.
For obvious practical reasons of distance, organ parts rarely overlap. One such occurrence, brief but impressive, takes place in the Sanctus, at the end of the ﬁrst Hosannah. Another, with tom-tom accompaniment, highlights the climax of the second Hosannah. An even more striking example occurs in the Kyrie, measures 37-68 : the conductor is asked to synchronize choir organ and voices while the great organ is granted total freedom. Writing is here conceived to compensate a possible rhythm problem. In the one-organ version of this passage, the organ keeps the double pedal as in the previous measures and plays the great organ part on the upper keyboards. The brass section (tacet in the other version) joins in.

A recording of the Missa Deo Gratias is available on the Hortus label.