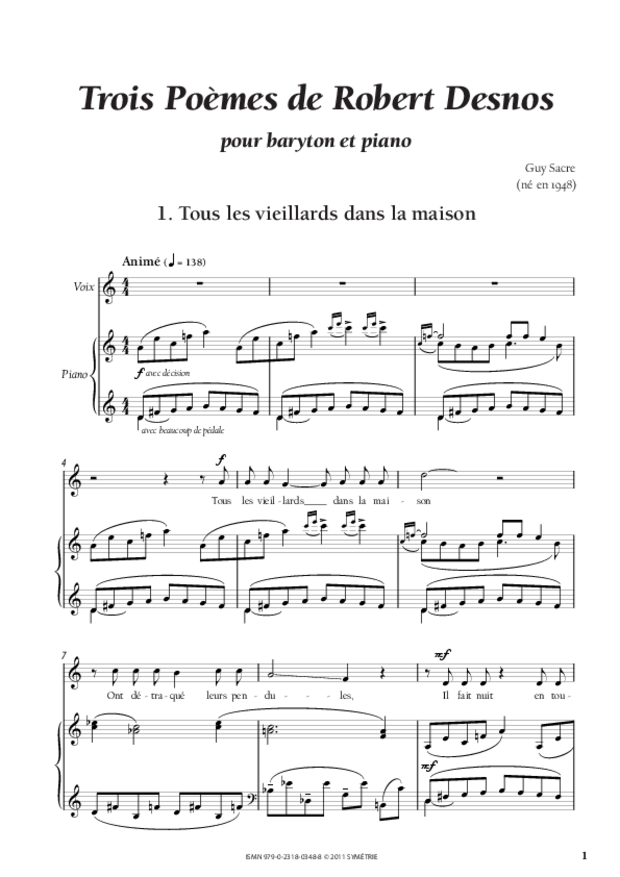 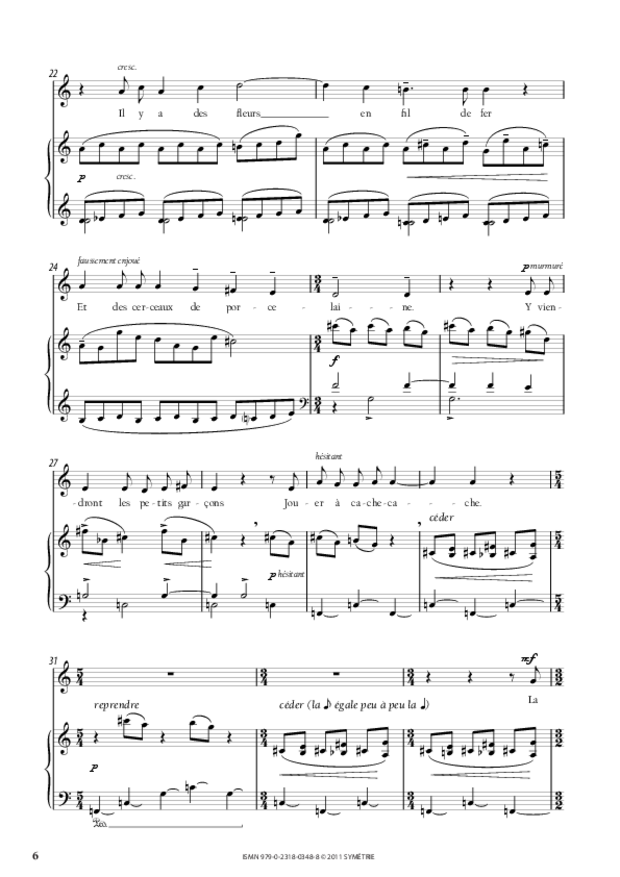 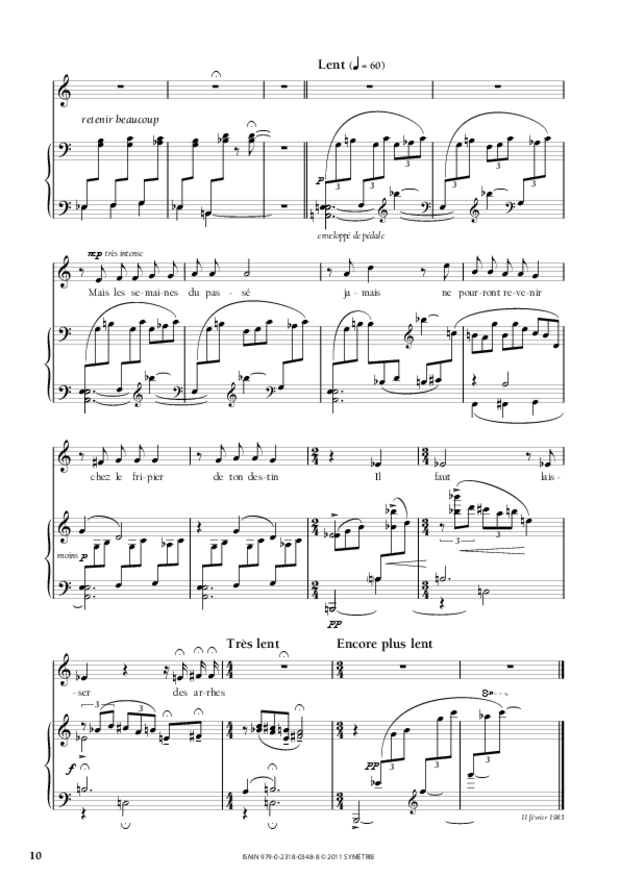 When I consider, with hindsight and possibly an element of forgetfulness, the mélodies I have written, I am struck by the fact that, with a few exceptions (Fargue, Verlaine, Schehadé, Cocteau), I have rarely chosen my ‘bedside’ poets—those I have been reading since I was a child, those I can recite from memory and who are now a part of me, coming to mind at every moment in my life with something to say. Mallarmé and Valéry, who made such a strong impression on me, and to whose poems my early efforts bear a resemblance, inspired nothing in me as regards music (furthermore, I do not believe there is anything to be gained on either side by their being set to music). If so many others caught my attention, it is because this poem or that contained images corresponding to my own anxieties; their words masked and protected me, reduced me to the painless role of ‘translator’. But such precaution was useless: it is plain for all to see that two or three themes occurring in pieces by poets from Tardieu to Supervielle, from Éluard to Jules Romains, have always appealed to me. The protective armour was of no use.

Such are these strange short texts by Desnos. Once again it was the subject of the cruel and vicious wheels of time that drew me to them—time gone haywire in old age, time delusively placid in youth, implacable time that no one can reverse. I began these three mélodies almost simultaneously in November 1983. The setting of the second poem, in which park and cemetery merge into one, came to me very quickly, as if inevitably. But the others evaded me until I resigned myself to using those grimacing accents, that derisory tone which, I am forced to admit a quarter of a century later, are also me.