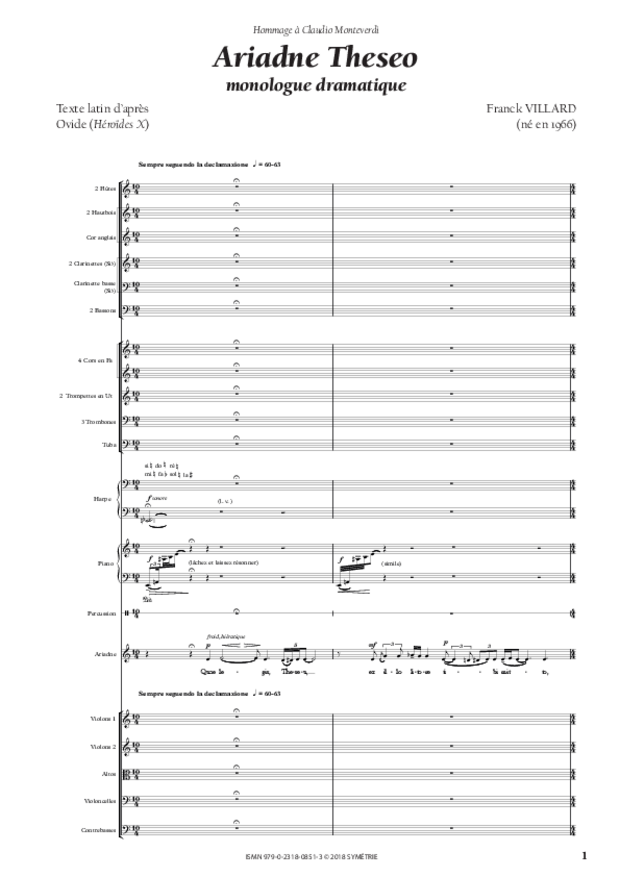 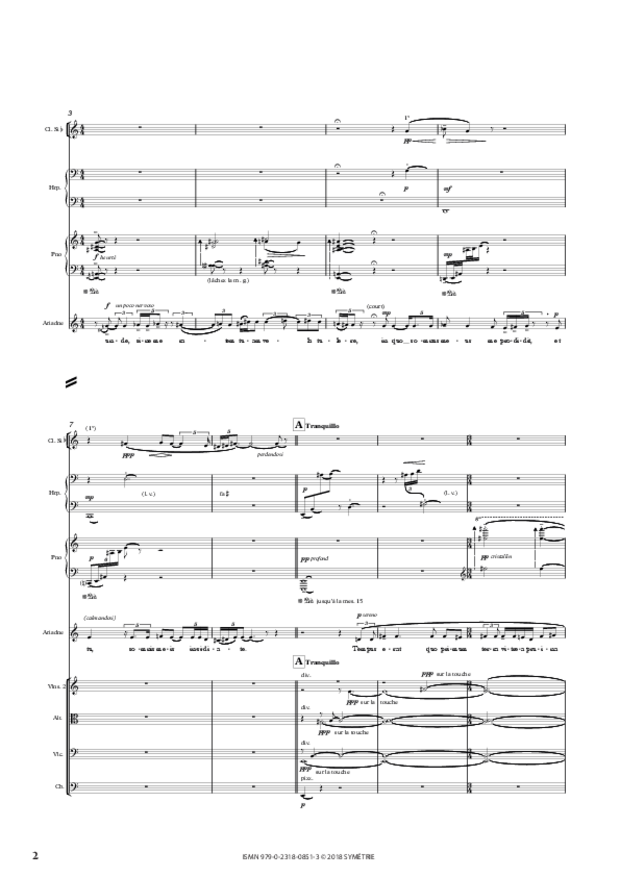 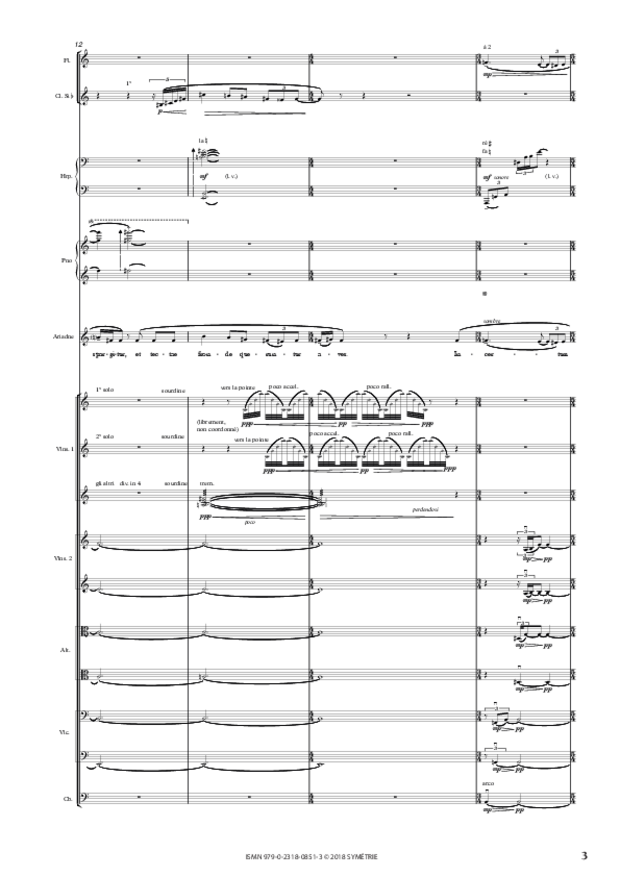 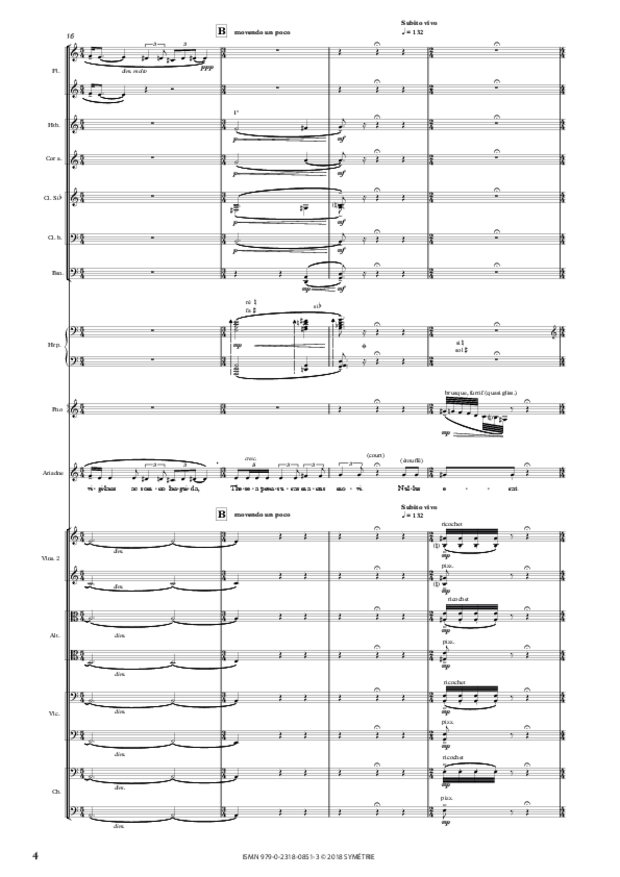 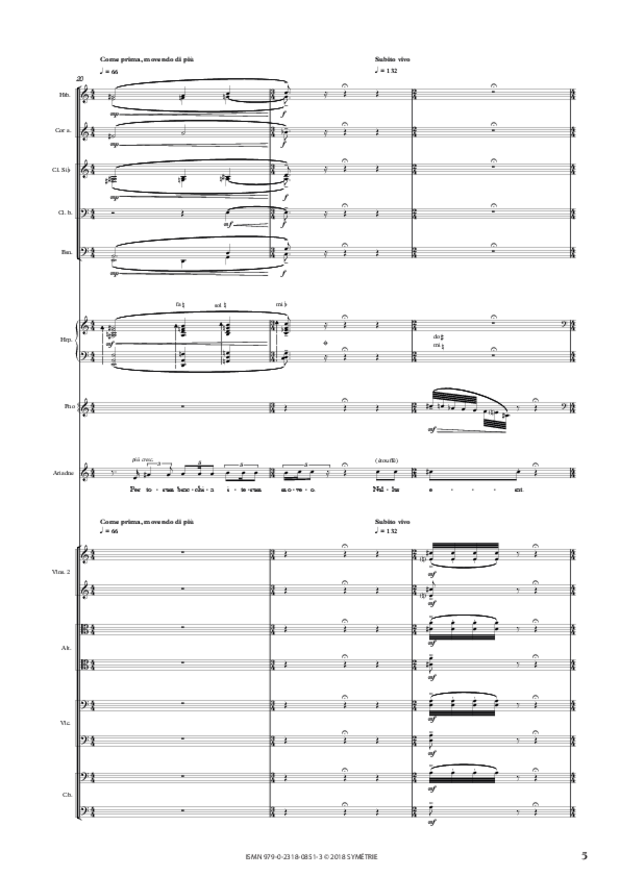 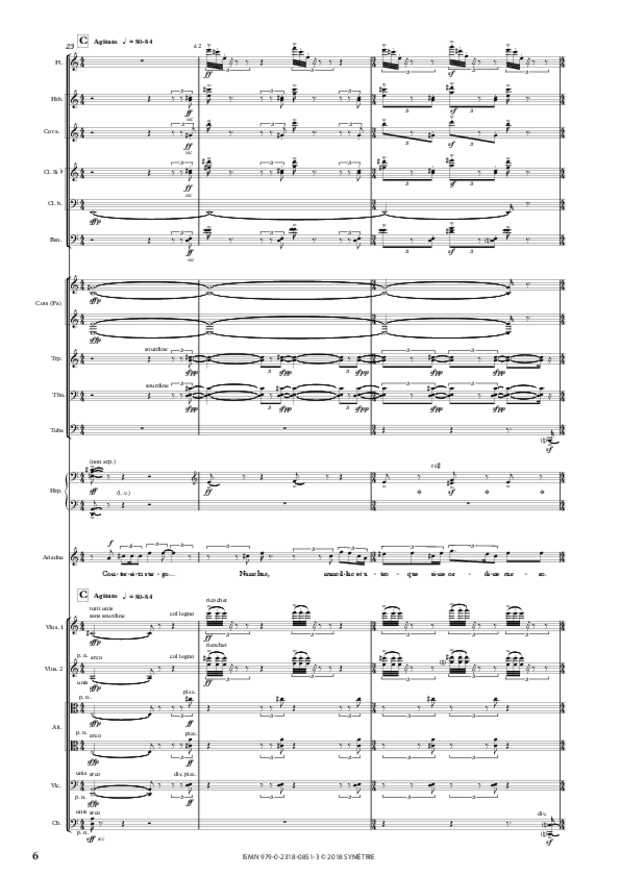 Subtitled as a “dramatic monologue”, Ariadne Theseo (Ariadne’s letter to Theseus) for mezzo-soprano and orchestra, should be seen as echoing Claudio Monteverdi’s famous Lamento d’Arianna.
It is written on a freely adapted and abridged Latin text from Ovid’s Heroides and it is a large dramatic scene that could be taken from an opera. As its prestigious Monteverdian model, it belongs to the genere rappresentativo in which everything is subordinated to declamation.
The orchestra is treated in the spirit of an enlarged continuo, entirely dedicated to the vocal expression; it also extends, colours and amplifies the successive affects animating the abandoned Ariadne on the island of Naxos.
This piece was composed in 2007 for mezzo-soprano Sandrine Sutter and orchestrated in 2014.

Ariadne Theseo was premiered by the Orchestre Symphonique Saint-Étienne Loire with Marie Kalinine on April 11, 2019.