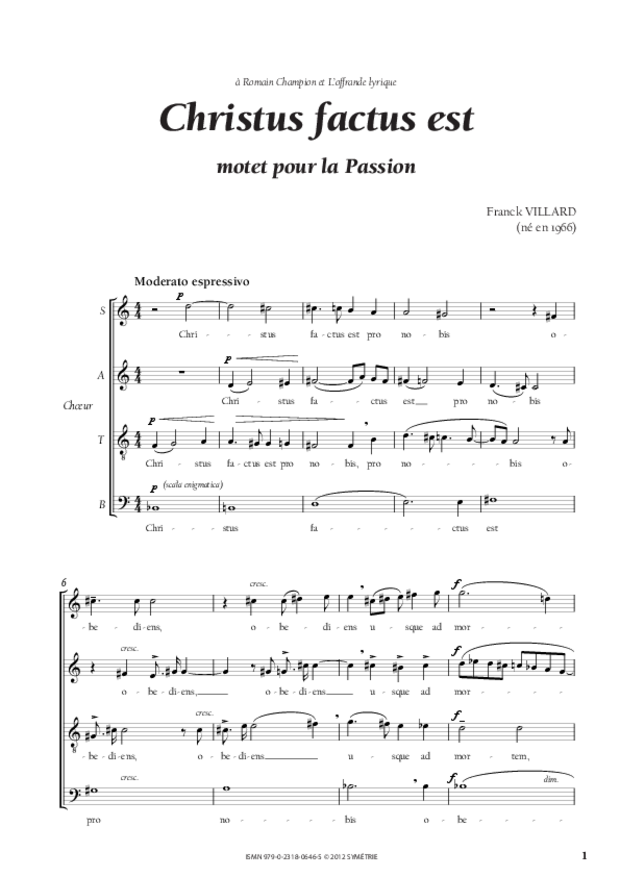 This motet was composed at the request of Roman Champion for his vocal ensemble L’offrande lyrique de Versailles which first performed it in April 2011. It mainly uses the text of the Maundy Thursday Mass’ Gradual, an essential text in the liturgy of the Passion.

This piece is built on a cantus firmus successively sung by each of the four voices. This cantus firmus is none but the scala enigmatica used by Verdi in the Ave Maria from the Quattro Pezzi sacri, an ascending and descending scale with “accidental” steps, for me a symbol of the Christ’s painful ascent to the Calvary, followed by his death and his entombment.

The form consists of five sections following an ABA’CA pattern, the central part presen­ting an inverted disposition of the voices compared to the initial part.

The writing, often tensed and chromatic, looks for indepen­dence in the phrasing and the accentuation of each voice, using the imitative style but without being systematic.