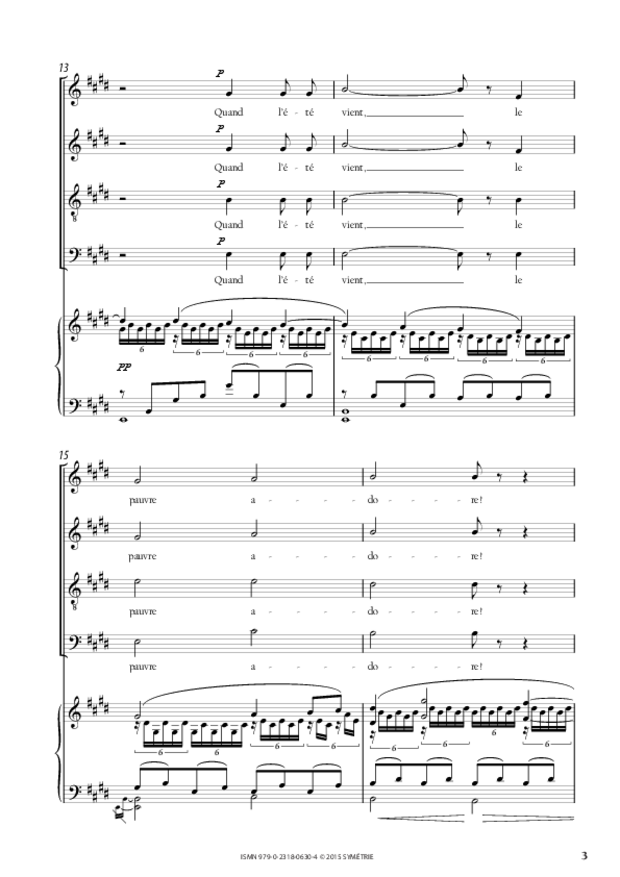 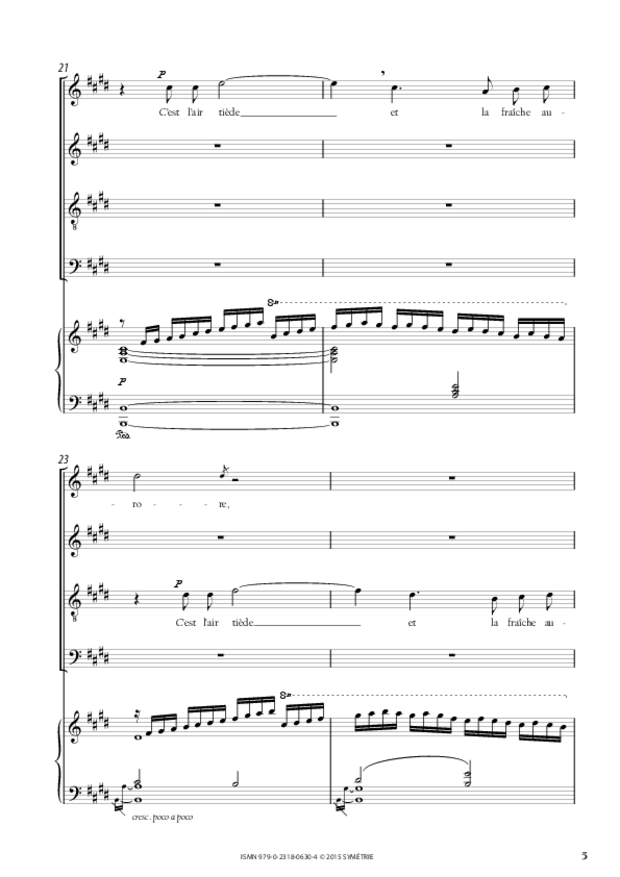 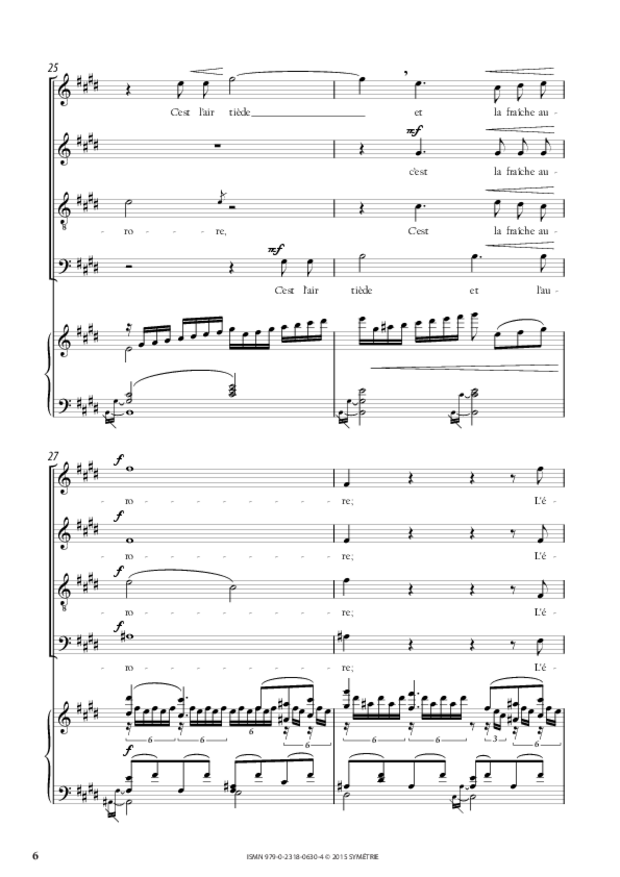 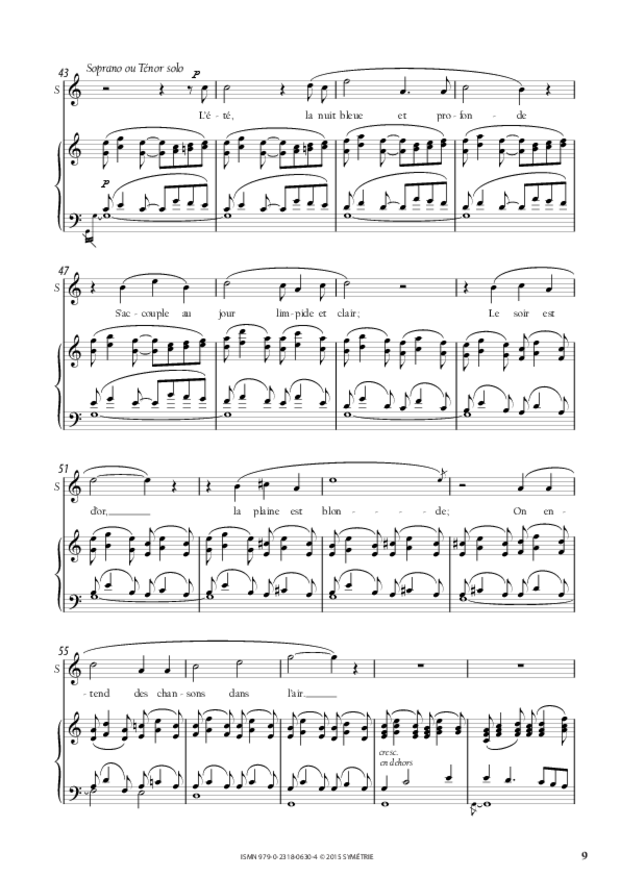 Far from being an isolated work in Max d’Ollone’s production, L’Été (Summer) belongs with Hymne, Dans la tempête and Sous-Bois to a set of four chorus written in the particular context of the competition for the Prix de Rome. This prize was established in 1803 and cancelled following the events of May 1968. It had been for more than a century and a half, the most coveted French award for music composition. Organized by the Institut de France, it ensured its laureates, if not the sureness of an easy future career, at least a major gateway to the artistic world, and a few years of residence in Italy at the prestigious Villa Medici. As a matter of fact, very few did resist the draw of this award, a potential dazzling culmination of long years of study. Even among the most progressive representatives of French art like Berlioz, Debussy or Ravel, all strived to meet the rather conservative expectations of the Académie des beaux-arts. From 1894 d’Ollone took part in the competition. The first round was eliminatory and candidates were to write in one week a fugue and chorus with orchestral accompaniment on an imposed poem. The second round consisted in the composition of a great cantata for three solo voices, such as Frédégonde, with which d’Ollone won the distinguished First Grand Prize.

Completed in May 1894 for his first participation to the Prix de Rome, L’Été doesn’t account for d’Ollone’s most representative works. It is an early work written for a competition meant to meet several requirements imposed on the musician. Nonetheless, between the respect of a certain academic tradition of elegance and clarity and the pure technical display, the expression of a real sensitivity can be found. How could one not admire the youth sweep of these finely written pages, or that delicate ending with bold harmonies? Between the great purity of the choral writing and the mastery of the accompaniment emphasizing it, the composer achieved to magnify the peculiar, almost lyrical atmosphere of the four verses by Victor Hugo. Built around two distinct themes, the piece is remarkable in its refined tripartite form, the central one forming a contrast receding little by little until the expected repeat of the initial part. Beyond some easily forgivable oddities for such a young man, L’Été is deeply rooted in the legacy of Jules Massenet’s century and shows the particular esthetics so typical of the works of the Prix de Rome. Long criticized as mere deeply outdated style exercises, they nonetheless conceal beauties that one should rediscover.

A recording of L’Été is available on the Ediciones singulares & Palazzetto Bru Zane label.