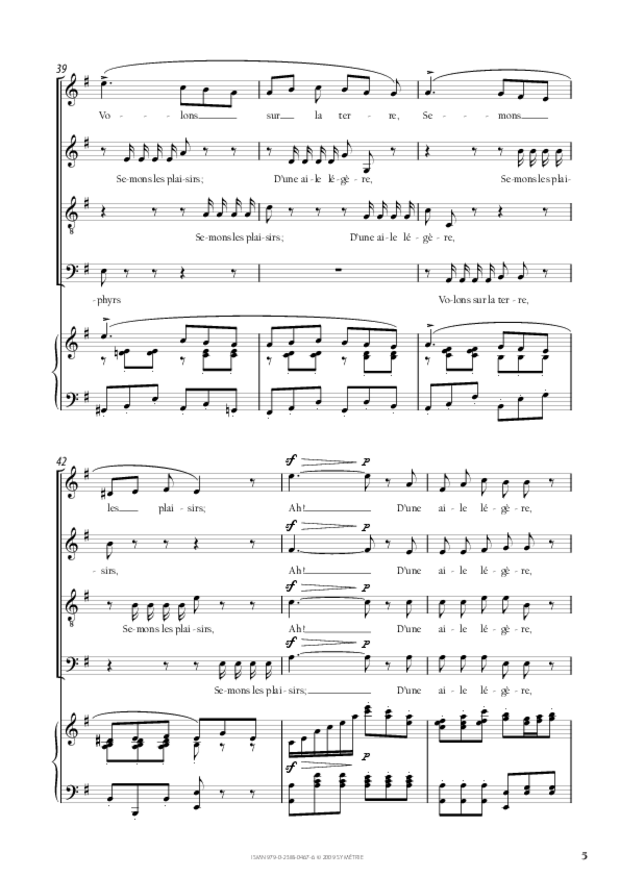 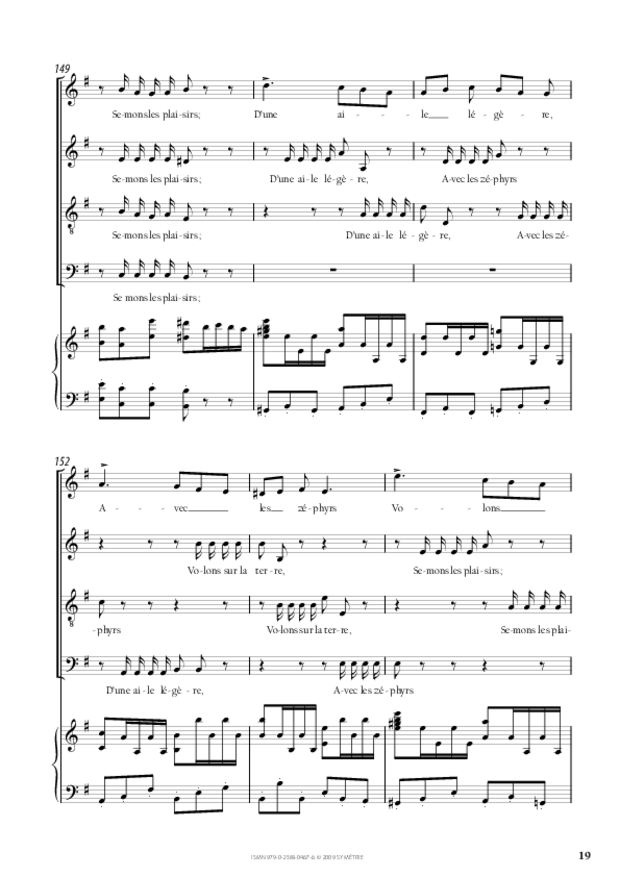 Far from being an isolated work in Camille Saint-Saens’ production, the Chœur de sylphes (Chorus of sylphs) belongs to a small set written at the beginning of his career in the particular context of the competition for the Prix de Rome. It was established in 1803 and cancelled following the events of May 1968. It had been for more than a century and a half, the most coveted French award of music composition. Organized by the Institut de France, it ensured its laureates, if not the sureness of an easy future career, at least a major gateway to the artistic world, and a few years in residence in Italy at the prestigious Villa Medici. As a matter of fact, very few did resist the draw of this award, a potential dazzling culmination of long years of study. Therefore it’s no surprise that such a figure as Saint-Saëns entered the competition. But he never won the famous First Grand Prix though he was to become one the most illustrious representatives of academic art at the beginning of the 20th century. The first round was eliminatory and candidates were to write in one week a fugue and chorus with orchestral accompaniment on an imposed poem. The second round consisted in the composition of a great cantata for three solo voices. Saint-Saëns himself wrote two such cantatas, Le Retour de Virginie (Virginia’s Return) (1852) and Ivanhoé (1864).

Saint-Saëns wrote the Chœur de sylphes between the 5th and the 11th of June 1852 for his first participation to the competition. Warmly welcomed by the jury, the composer ranked first of the six candidates for the final round. To be fair, it is true that the proposed poem had everything to make him shine. Zirphile et Fleur de myrte is taken from a libretto by Étienne de Jouy and Nicolas Lefebvre, already set in music by Charles-Simon Catel (1818); the selected excerpt (act I, scene 4) was particularly suited to the exercise. In a few tightly drawn pages, Saint-Saëns manages to transcribe the wonderful atmosphere, all in lightness, of the world of the spirits of the air. Under many aspects, the achieved result is reminiscent of the “Scherzo” of Mendelssohn’s Midsummer Night’s Dream (1843), a composer Saint-Saëns worshipped. Of course, as all early works, the Chœur de sylphes was written under influence. Intended for the Prix de Rome, it was meant to meet several requirements that some denounced as outdated. Beyond these rather simplistic critics, this work remains a successful example of the great French academic tradition and of its ideal of elegance and clarity. Behind an indisputable mastering of the form and of the writing, the composer unveils a work, if not revolutionary, full of undisputed beauties.

A recording of the Chœur de Sylphes is available on the label Glossa Music.