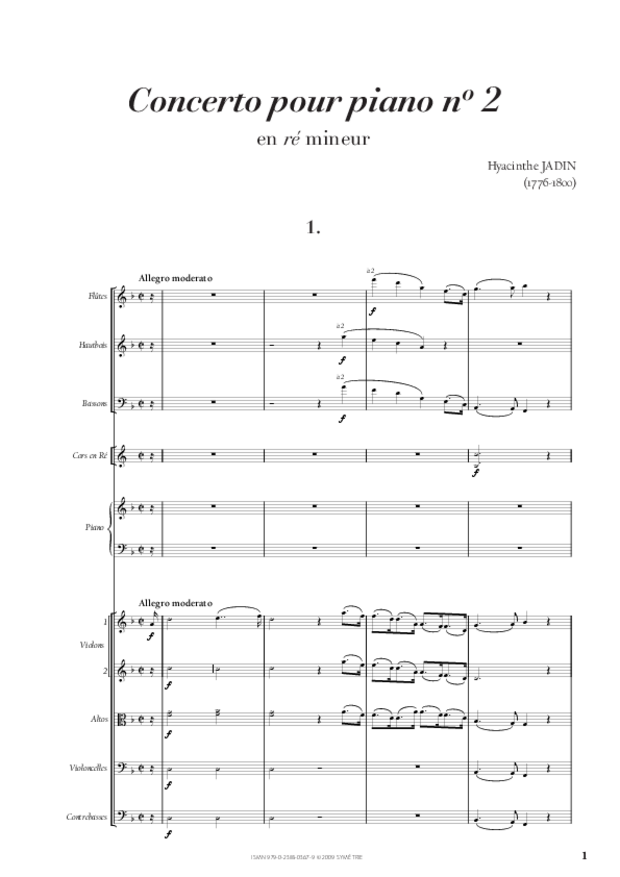 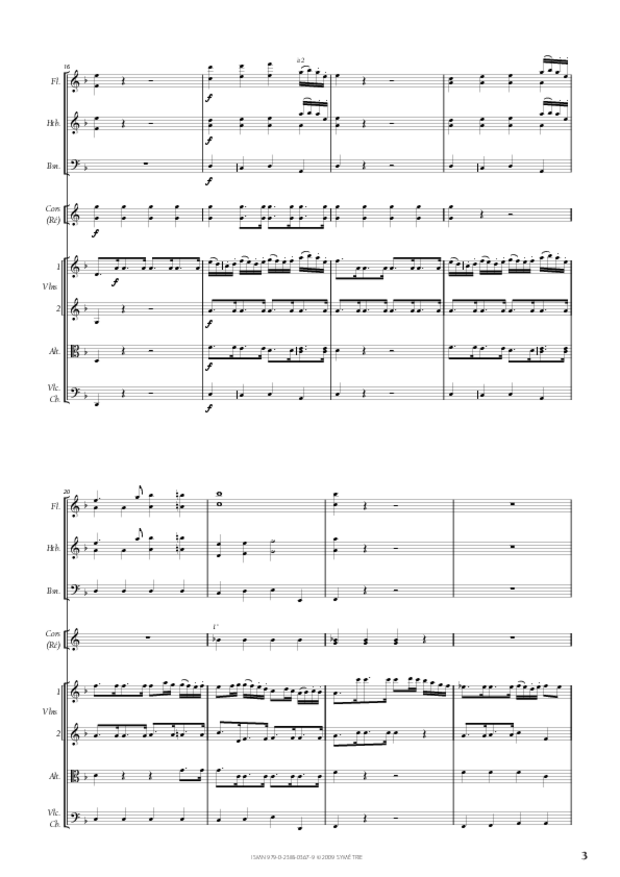 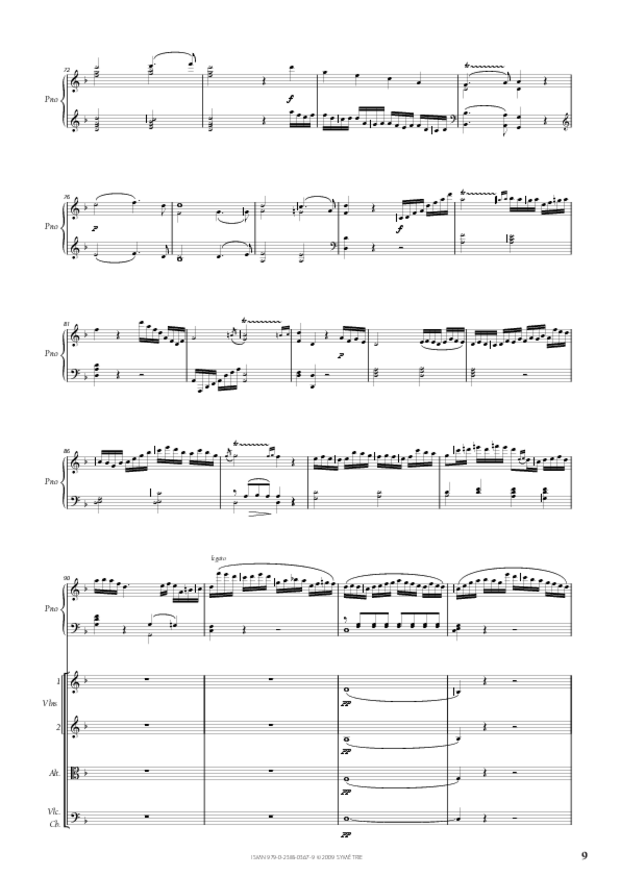 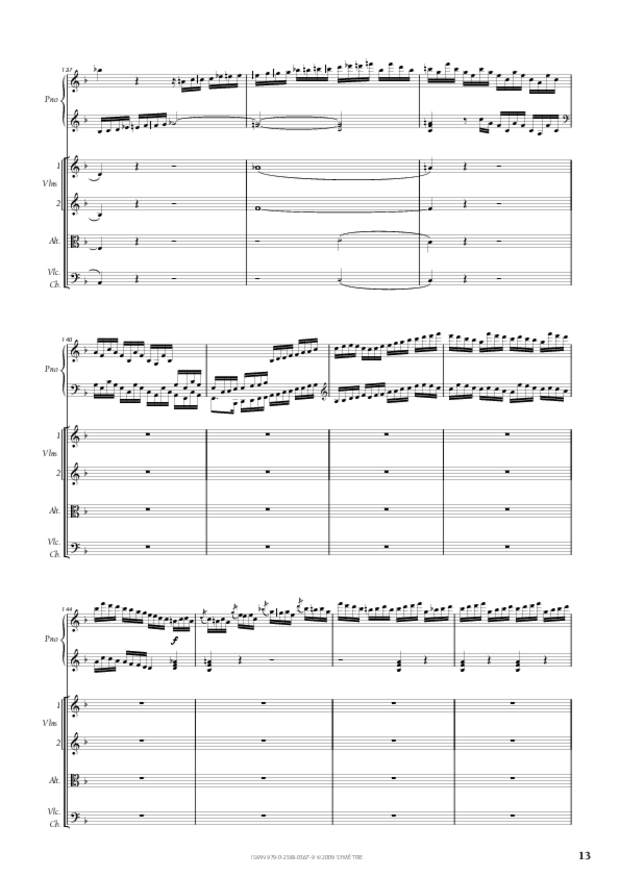 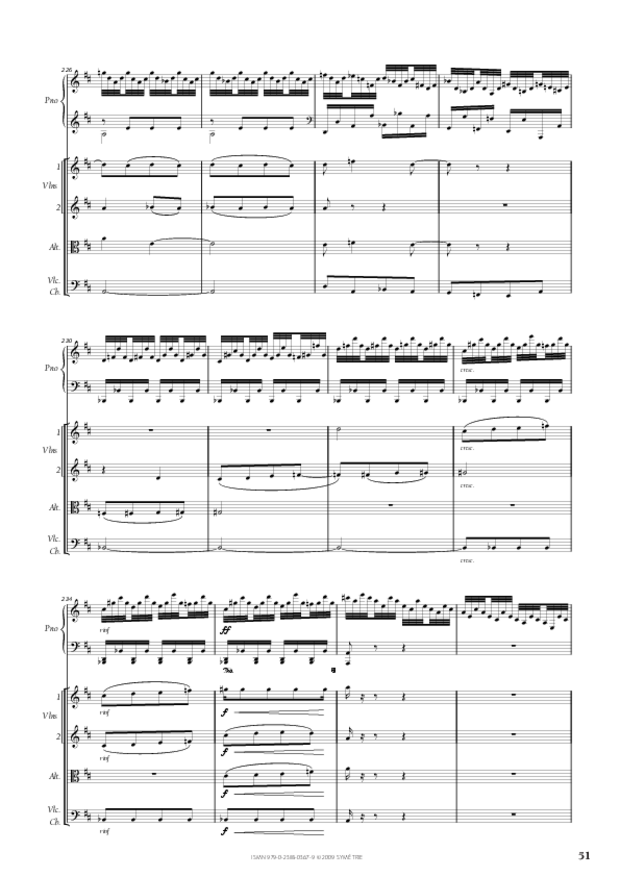 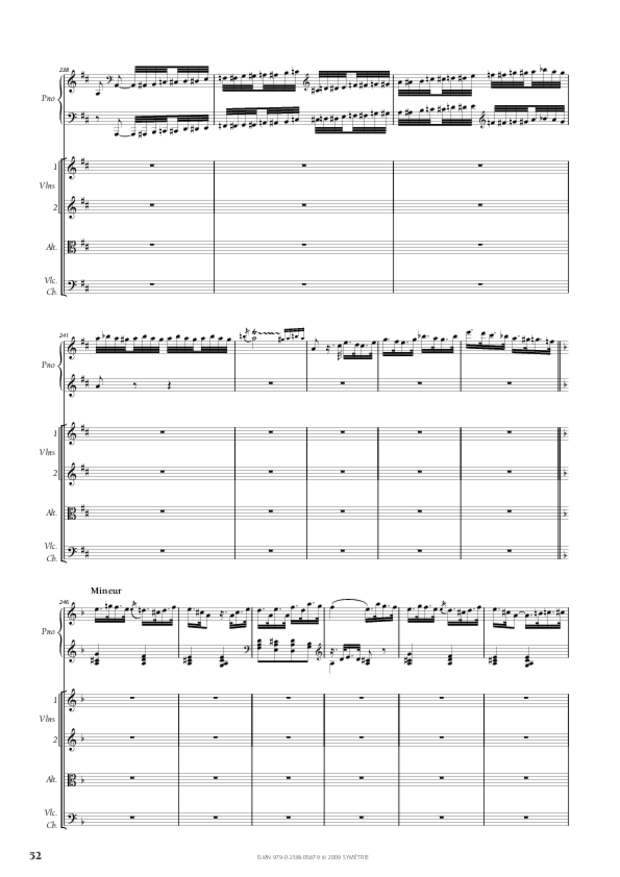 The Second Concerto adopts the key of D minor for the first and third movements, and B flat major for the second. The fairly full orchestra consists of 2 flutes, 2 oboes, 2 bassoons, 2 horns and strings (violins 1 and 2, violas, cellos and basses). The Allegro moderato that opens the concerto adopts the sonata form, with the first theme in D minor, followed by a bridge (bar 22) that brings the second theme in F major (bar 30). After the orchestral introduction, the piano enters at bar 72 and develops the first theme, then the second (bar 110). The recapitulation takes place at bar 283, according to a scheme that might seem classical. It is not, however, because the development is built around a new theme in C major (measure 209), and the recapitulation gives back the second theme, heard in D minor, while the first one does not reappear!

The four-beat Adagio is more akin to an operatic aria where the piano develops subtle arabesques and finely chiselled ornamentation.

The final Allegro would combine a French-style rondeau in two verses with a spirit of alla polacca very common at the time (Weber’s Second Clarinet Concerto, Beethoven’s Triple Concerto), if it were not for the four beats!

One cannot fail to emphasize the originality of Jadin’s musical conceptions, but also the finesse and flexibility of his piano writing. The orchestra is never overwhelming, which does not prevent the composer from highlighting the instrumental colours. His delicate sense of harmony builds a path that always interests the ear, combining wonderfully with the logic of construction imposed by the themes. There is no doubt that Jadin learned well from Haydn, and perhaps even from Mozart.