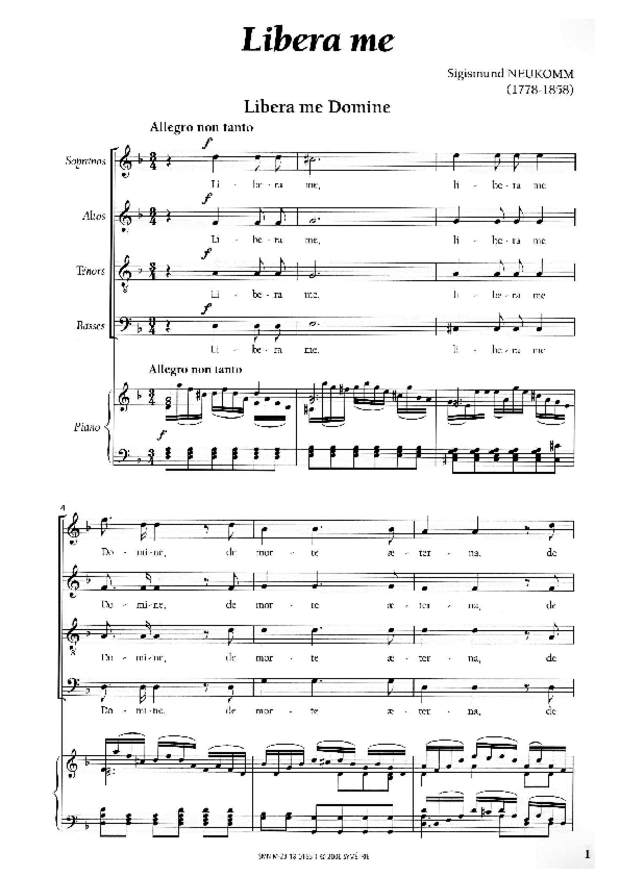 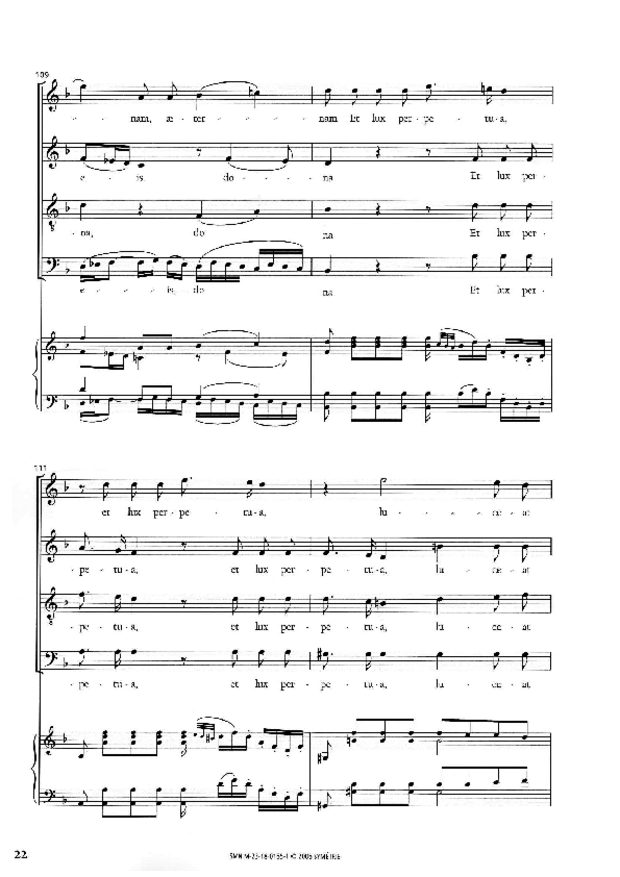 The performance of the Coronation Mass and the Requiem for the inauguration of the Mozart monument in Salzburg in September 1842, was conducted by Sigismund Neukomm (Salzburg, 1778-Paris, 1858), a today little-known composer. Neukomm, however, was a privileged witness to the reception of Mozart in the Western world during the first half of the 19th century. Under his supervision, one of the first performances of the Requiem in the New World took place in Rio de Janeiro in 1819 . Shortly after, in January 1821, he wrote a version of the Libera me, Domine with large orchestra to complete it: “The Libera, that conludes the mass of the Deads in the Roman Church liturgy, is missing in Mozart’s Réquiem [sic]”, he wrote in the corresponding entry of his catalogue. Neukomm, whose instrumentation is inspired by the one of Mozart, included in his version the Dies illa and Requiem verses as found in Mozart’s manuscripts.

The history of the composition of Mozart’s Requiem is well known. After the composer’s death, his penniless widow was left burdened with debts, but also with the commission of a mass to celebrate the death anniversary of countess Anna de Walsegg. Though she only had in hands a preliminary sketch of the mass, Constanze asked her husband’s former pupils and collaborators, Joseph Eybler and Franz Xavier Süßmayr, to complete the work. Süßmayr achieved most of this task, but today it is not possible to identify what was exactly written by Mozart or by him. The final version was performed in 1793.

This respons is not found in Mozart’s Mass of the Deads and specialists have not been able to determine whether Mozart planned to include it or not. As Ulrich Konrad shows it very well in one of the first articles written about Sigismund Neukomm’s Libera me, Domine, this question is to remain without answer due to the lack of evidence: there is no authentified writings by Mozart about his last works.