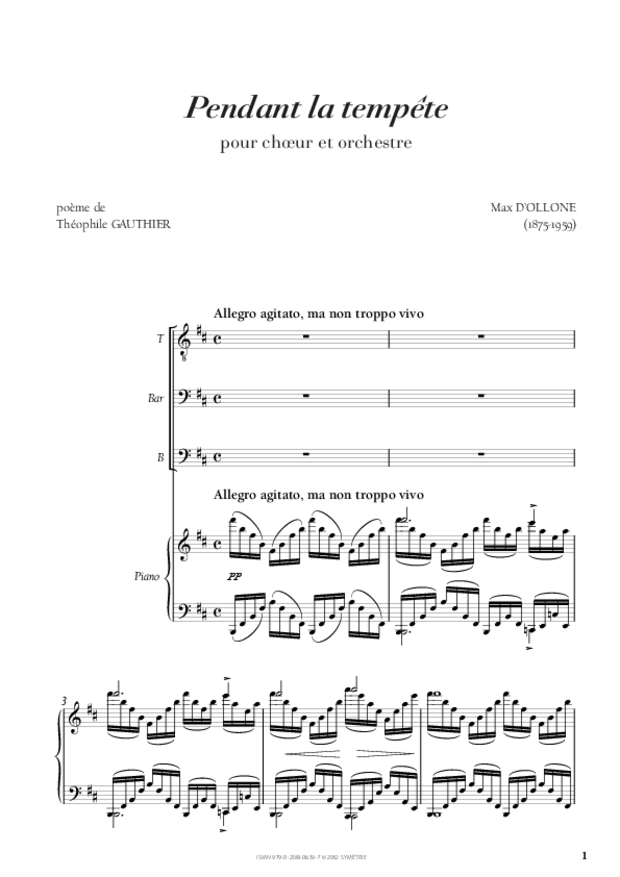 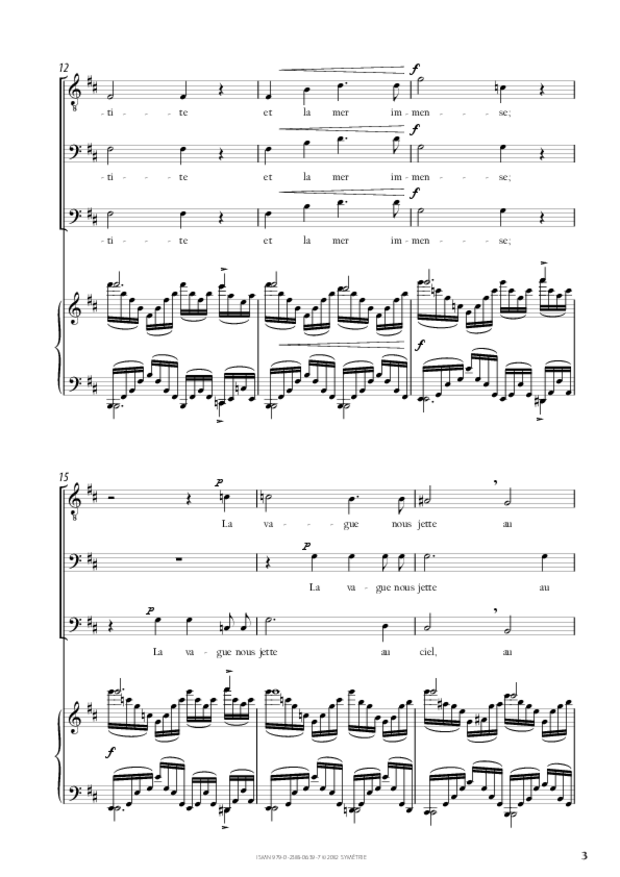 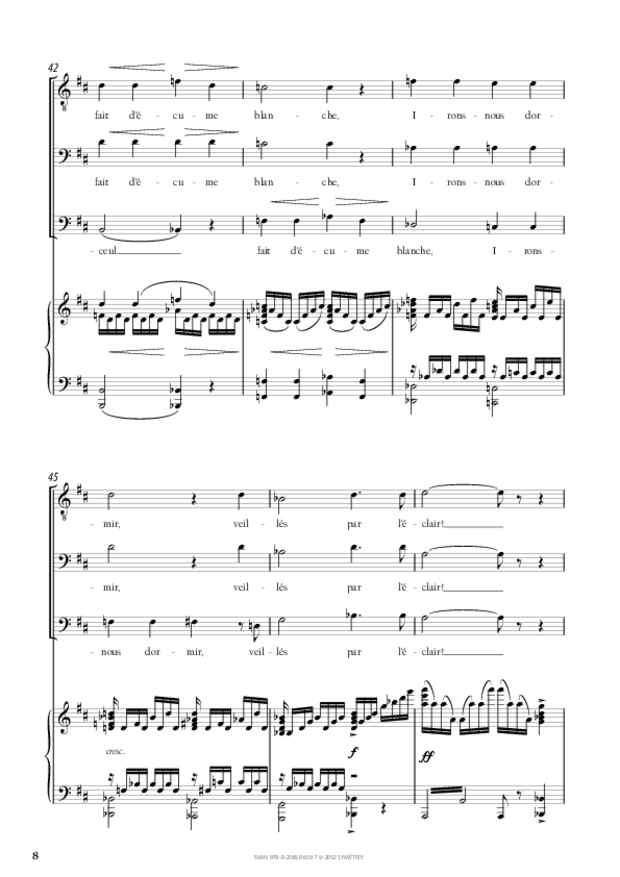 Far from being an isolated work in Max d’Ollone’s production, Pendant la tempête belongs with L’Été, Hymne and Sous-Bois to a set of four chorus written in the particular context of the competition for the Prix de Rome. It was established in 1803 and cancelled following the events of May 1968. It had been for more than a century and a half, the most coveted French award for music composition. Organized by the Institut de France, it ensured its laureates, if not the sureness of an easy future career, at least a major gateway to the artistic world, and a few years of residence in Italy at the prestigious Villa Medici. As a matter of fact, very few did resist the draw of this award, a potential dazz­ling culmi­nation of long years of study. Even among the most progressive representatives of French art like Berlioz, Debussy or Ravel, all strived to meet the rather conservative expectations of the académie des Beaux-Arts. From 1894 d’Ollone took part in the competition. The first round was eliminatory and candidates were to write in one week a fugue and chorus with orchestral accompaniment on an imposed poem. The second round consisted in the composition of a great cantata for three solo voices, such as Frédégonde, with which he won the distinguished First Grand Prize.

Written in May 1896 for his third participation to the Prix de Rome competition, Pendant la tempête (During the Tempest) doesn’t account for d’Ollone’s most ­repre­sentative works. It is an early work written for a competition meant to meet several requirements imposed on the musician. Nonetheless this authentic little painting cannot be considered as a mere stylistic exercise: in a few pages, the composer manages to capture the atmosphere of Gautier’s striking poem, apt to fire one’s imagination. He faithfully follows the dramatic progression of its 4 short verses in a both simple and efficient 2-part form. Following the tormented expression of the hardships of the tempest, the imploring prayer of the tenor solo can be heard, soon repeated by the chorus in a grand tutti with a warm lyricism, in a last surge of hope, only darkened by the muffled echoes of the still threatening waves. Beyond an aesthetical approach torn between a sheer technical demonstration, an expression of a real originality and a respect of the great French tradition, d’Ollone manages to ensure the homogeneity of a highly mastered work. For one, how can we not admire this tempest, all in pitch and roll, contrasting with the softness of the a bocca chiusa male voices that sustain the solo part? No doubt, so many refinements can only but plead in favor of this repertoire still to be discovered.

A recording of Pendant la tempête is available on the label Ediciones singulares.