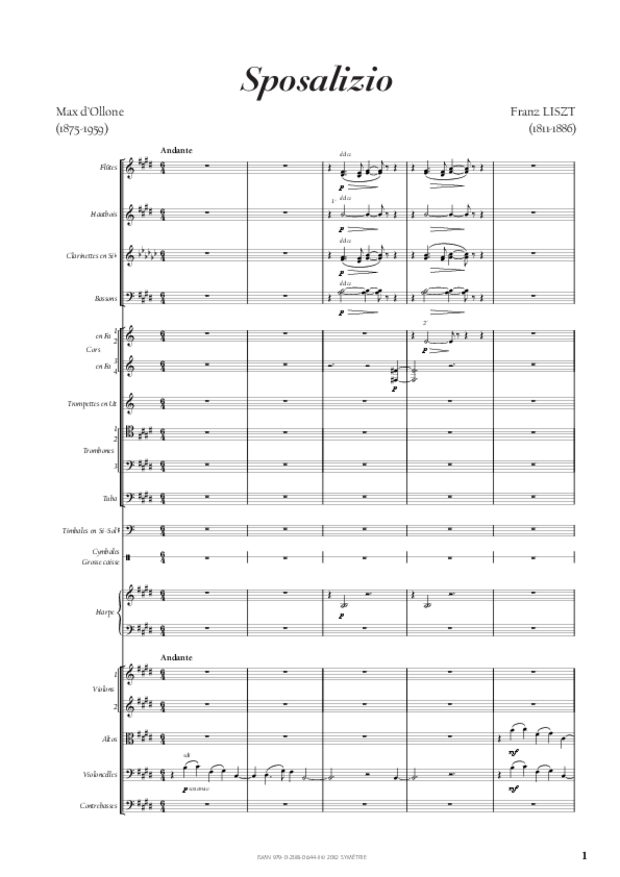 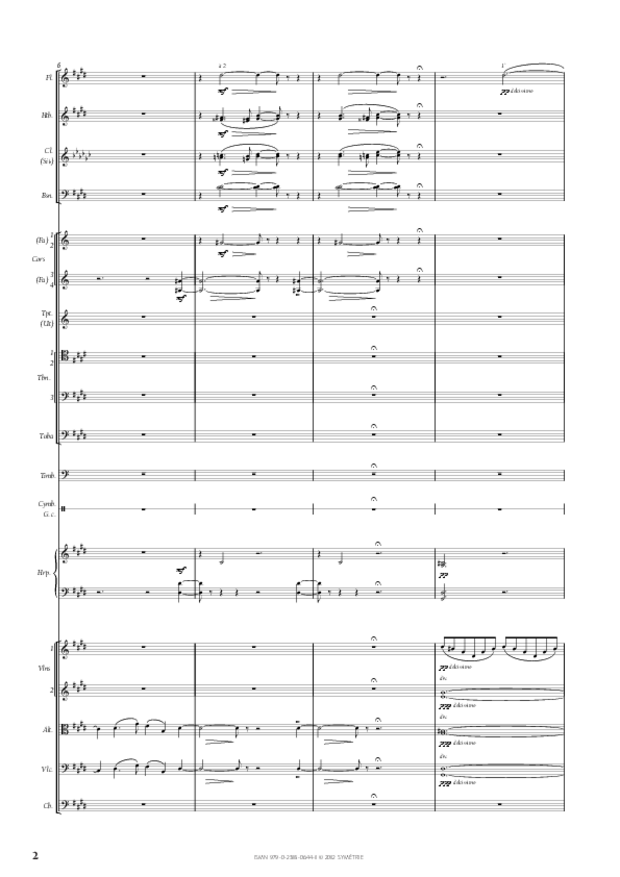 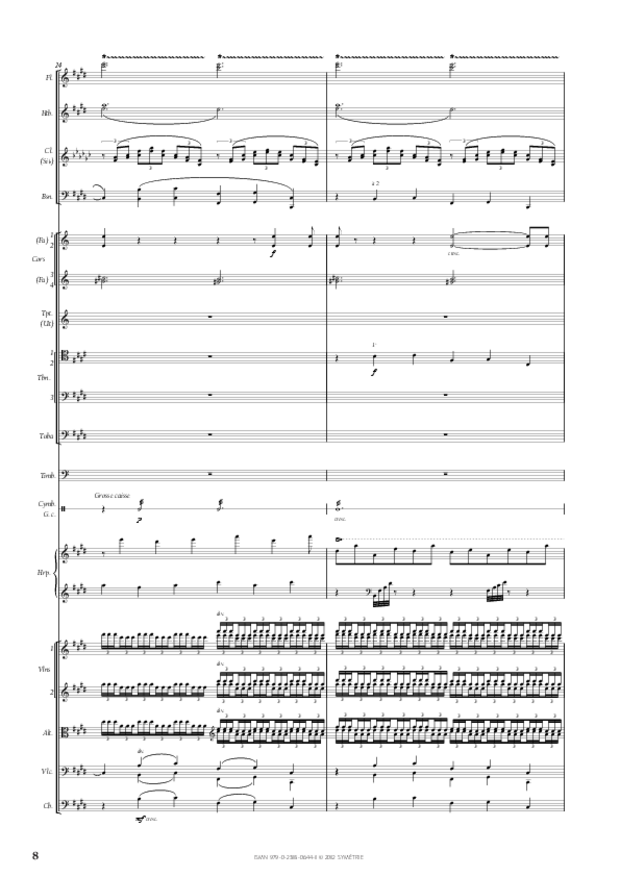 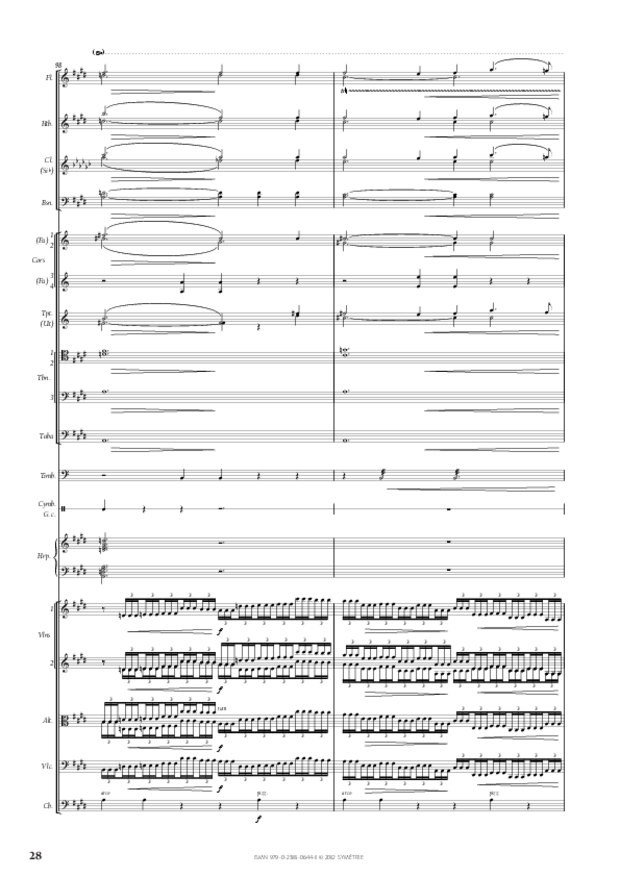 Around 1939, Max d’Ollone orchestrated Sposalizio, a piano piece from the second set of Franz Liszt’s Years of pilgrimage (1858). It is his only known orchestration. The original work was inspired by Raphael’s painting Lo Spozalizio representing the Marriage of the Virgin. A remarkable and recurrent pentatonic introduction, almost impressionist, is the backbone of the piece; it thus concludes big progressions as in bars 27-29, 66-67 and 106-108. D’Ollone strived to restitute Liszt’s pianistic finesse while taking advantage of the orchestra potential. Together with a work on dynamics, he played on the timbres of the instruments, which the piano was incapable of. This is the most noticeable aspect during the repeats of themes, like that of the main theme at the end of the piece (bars 120-128): it is shared by flutes, clarinets, violins and cellos, where in the original version it was only transposed to different octaves.

D’Ollone also took some liberties motivated by the obvious desire to take advantage of the possibilities of the orchestra: thus the violins triplets at bars 19-26 replace the original arpeggios, or the repeat of the theme at the horns at bars 10-14, missing in the Liszt version.

Dynamics are naturally amplified by the use of more or less instruments sections, notably during the central part similar to a nuptial march, developing over a crescendo during which the atmosphere grows from intimist to grandioso (bars 77-115).

The orchestration is in the great Romantic tradition, making this piece almost anachronic in the musical landscape of the 1930s. As Liszt had managed in his time to condense orchestral scenes in consistent piano pieces, Max d’Ollone achieved here the contrary in expanding the original work and exploring the possibilities given by an orchestra. At a time when modernity is in full swing, he showed his dedication to Romanticism, offering a fully sensitive orchestration of a work by one of the masters of this period.

Joffrey Godart,
under the scientific guidance of
Pierre Pascal,
(department of Music and Musicology
of UFR ALL – Metz
of Université de Lorraine)
(translation Philippe Do)