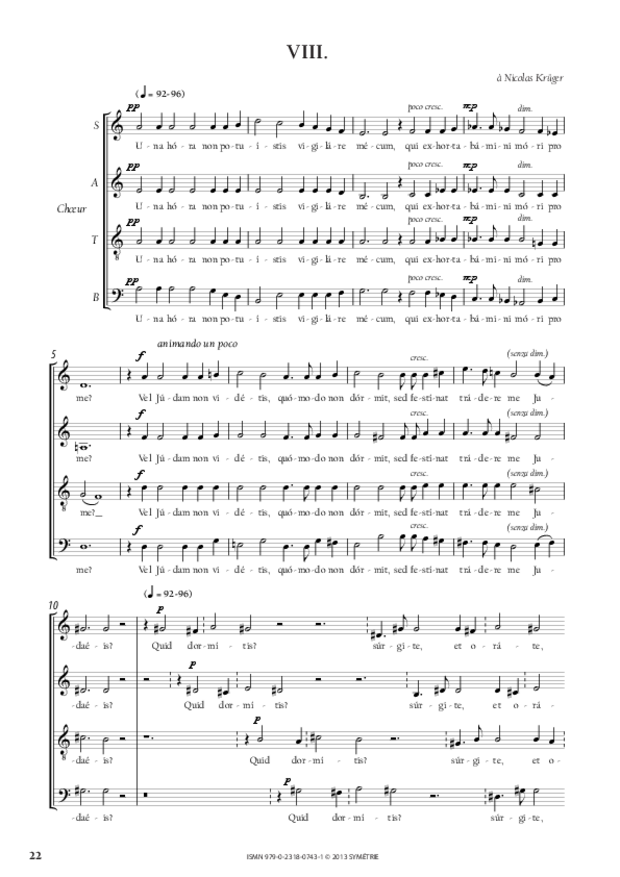 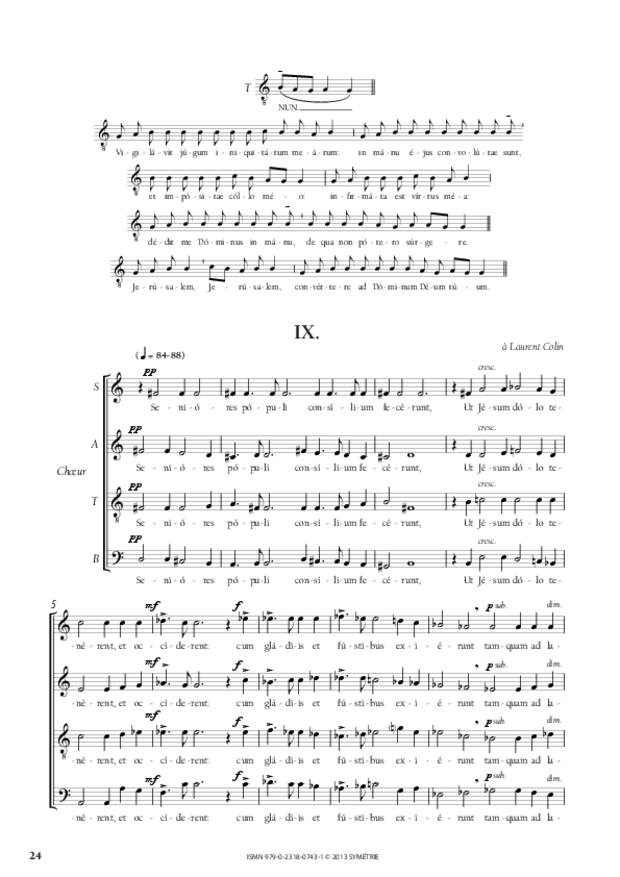 This complete cycle is entirely based on the Matins of Holy Thursday according to the Roman rite.

It is meant to be performed in concert, but is also suitable for liturgical use (or para-liturgical).

The work respects the traditional office division in three nocturnes, but only keeps the responsories and the lamentations: neither the antiphons nor the psalms are included. As in the liturgy, each responsory (here treated in choral polyphony) is preceded by a brief lesson cantillated on the Lamentations of Jeremiah (the lessons are somewhat differently distributed in comparison to the traditional office: originally attributed to the three responsories of the first nocturne, they are here spread over the whole set).

A compact disc recording of the Neuf Répons des ténèbres du Jeudi saint is available on the label Klarthe.