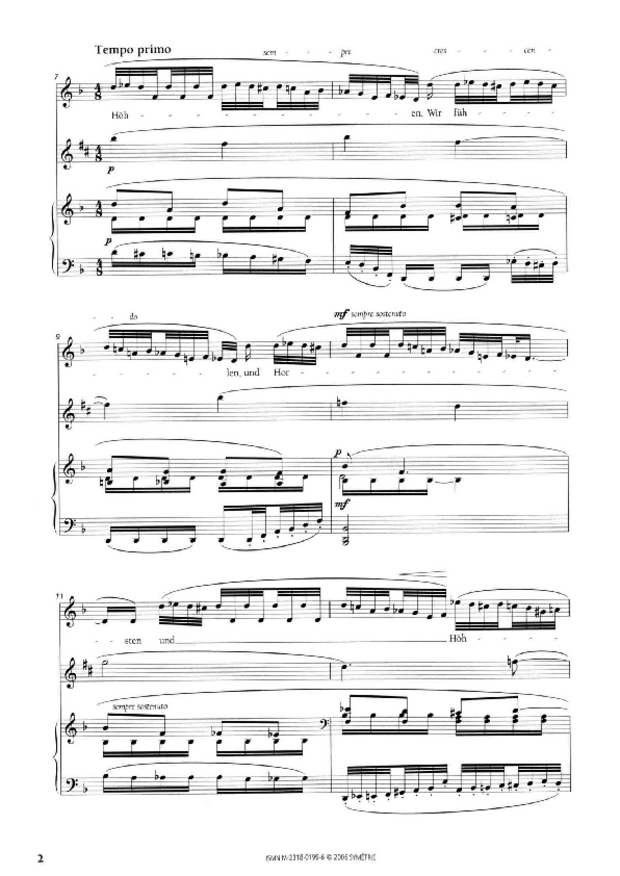 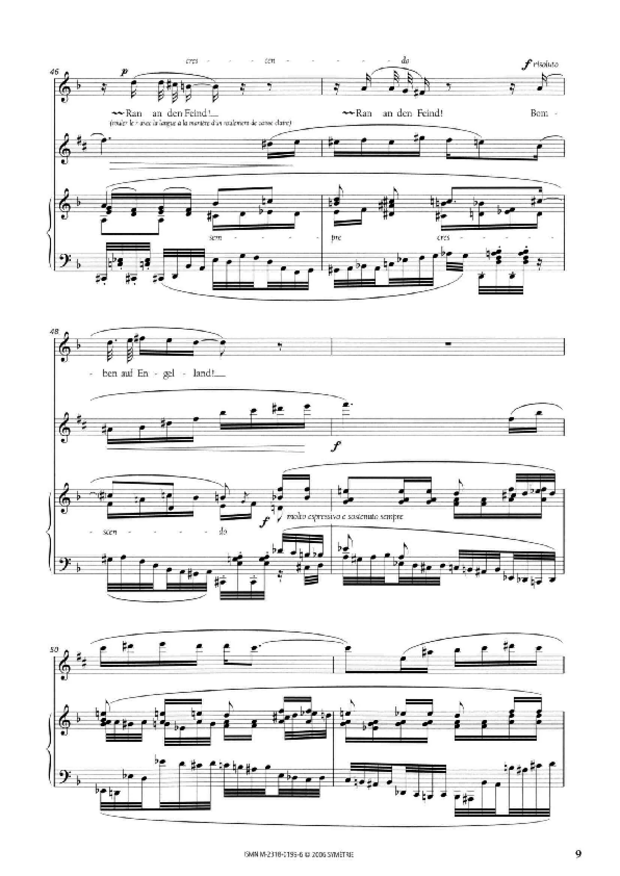 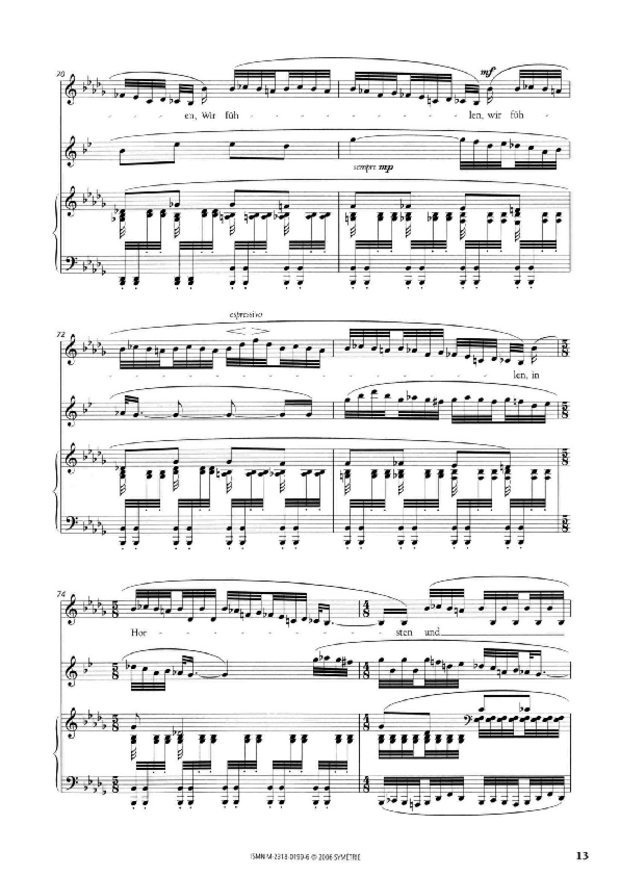 The concert aria Bomben auf Engelland was created on December 13th, 1976 at the Essaïon theatre in Paris by soprano Nell Froger, saxophonist Ryo Noda and the composer himself at the piano, during a “Olivier Greif evening” organised by pianist Jean Martin, also the music director of the theatre.

In the programme booklet, Olivier Greif wrote about the 8-minutes long concert aria:

“This piece was ﬁrst written for voice and piano in 1974, then revised in 1976 with an added alto saxophone part. The lyrics come from a song the pilots of the Luftwaffe used to sing before bombing England. The dreadful cynicism of the text can be summarized in the play upon words of the title Bomben auf England – “Bombs over England” – and Bomben auf Engelland – “Bombs over the country of angels”]. It is a tribute to the memory of the Jews who were murdered by the Nazis during World War II. It is a creation.”

A recording of Bomben auf Engelland is available on the INA-Mémoire vive label.
›