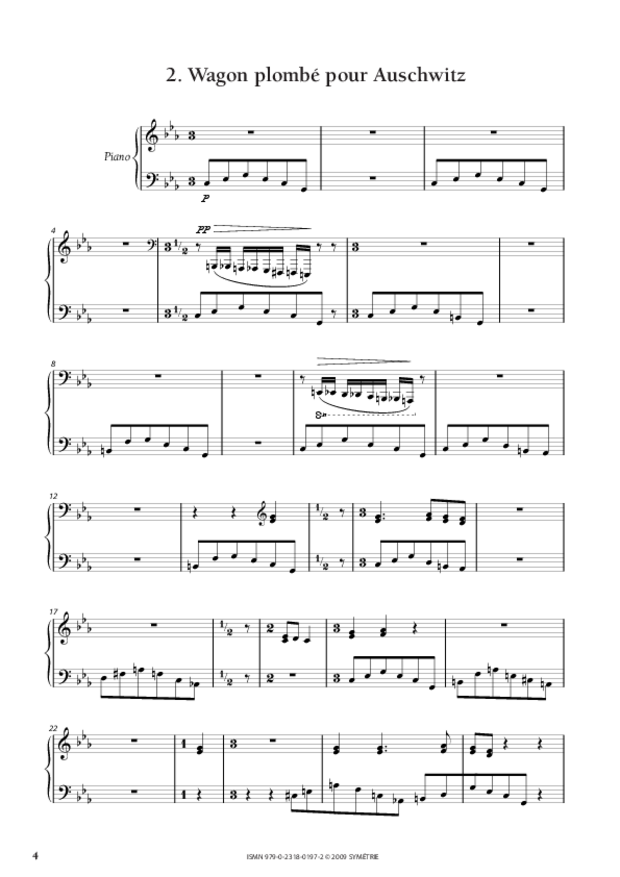 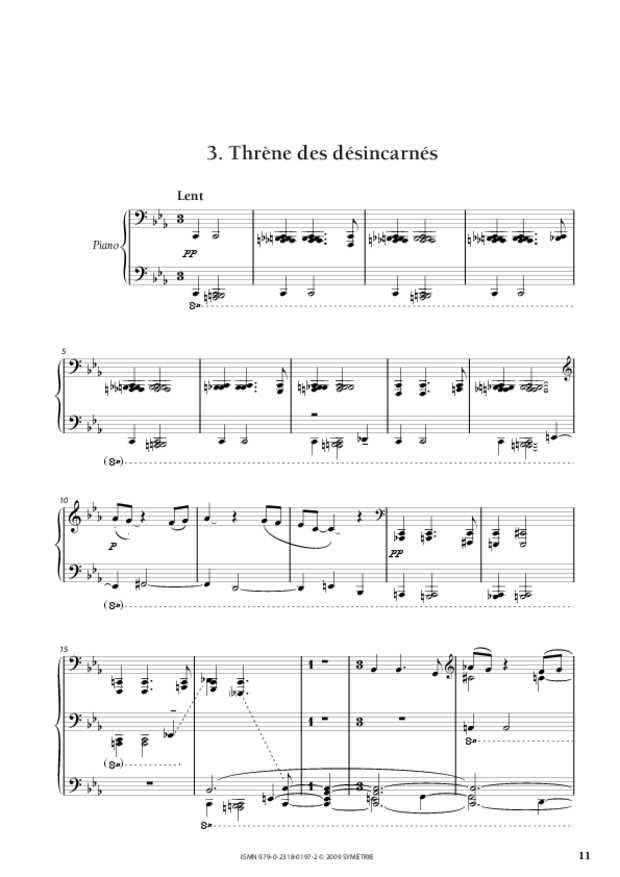 Le Rêve du monde (The Dream of the World), a 25-minute piano piece in 4 movements, was written in May 1993 and created by Olivier Greif within the following months.

In May 1993, Le Rêve du monde was designed as a cycle. It was listed as a sonata much later when Olivier Greif, shortly before his death, decided to name all his piano ensembles this way.

Whereas for his numerous works written before 1981 the composer left only lapidary and lacunary informations, he gave for Le Rêve du monde extensive explanations as if he would fear to loose again the voice he had just rediscovered after being painfully muzzled because of the silence he had forced himself into during his long spiritual retreat.

Never neatly copied, the autograph manuscript covers 22 pages of music paper in the usual format (35 × 27 cm). It is quite unique in Greif’s opus, not just because of its numerous correction marks but also in the way the composer crossed out entire lines, making the manuscript unreadable, then in the way he covered part of those “mysterious fences” with hazel, pink, yellow, grass green, blue and purple felt-tip pens and, in smaller proportions, with orange and emerald green ones. Was it some sheer unconscious entertainment in a moment of boredom, a colored vision of the world due to a trance (see below the text of the composer), some sort of synaesthesia in the way of Messiaen or Scriabine that would occur only on the deleted parts? No one can say.