« The Battle of Agincourt » 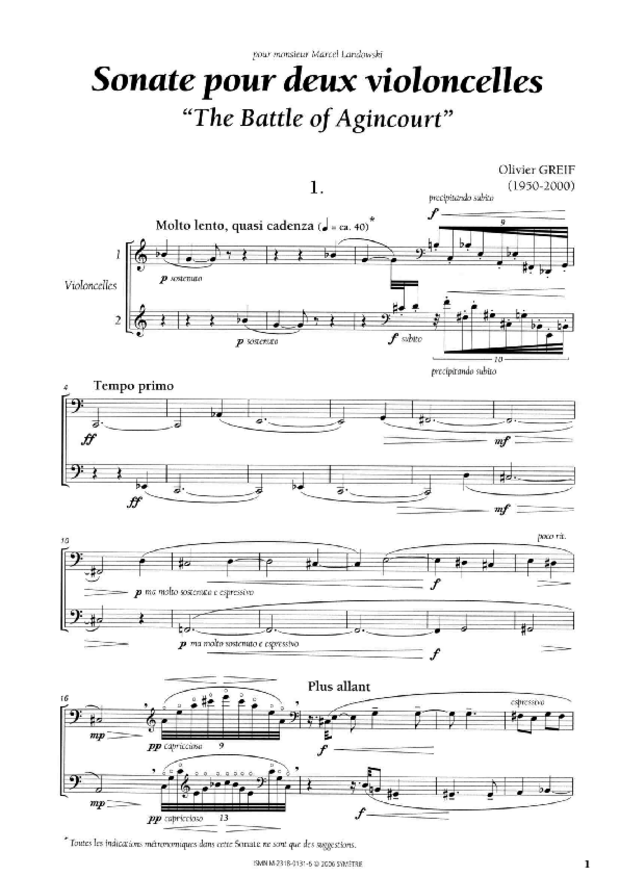 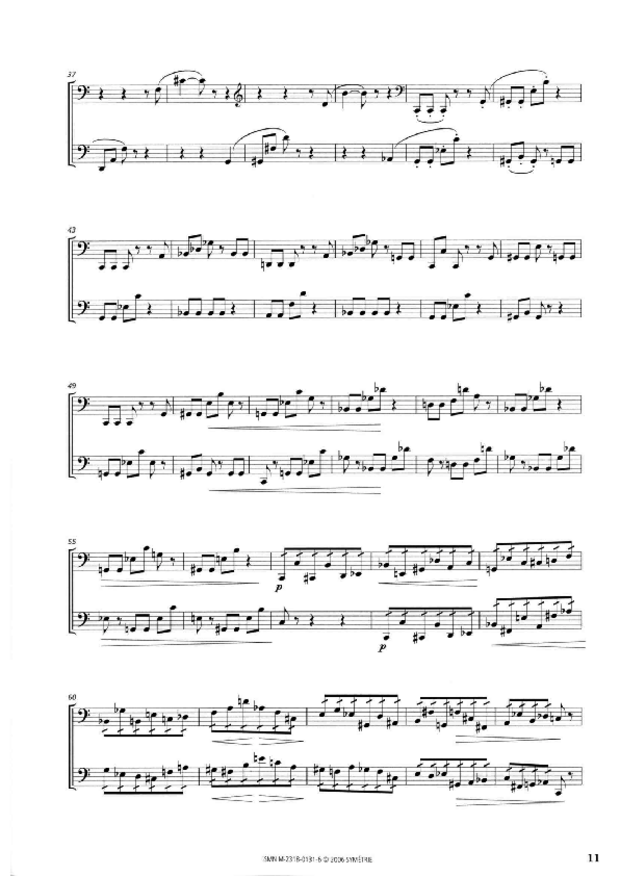 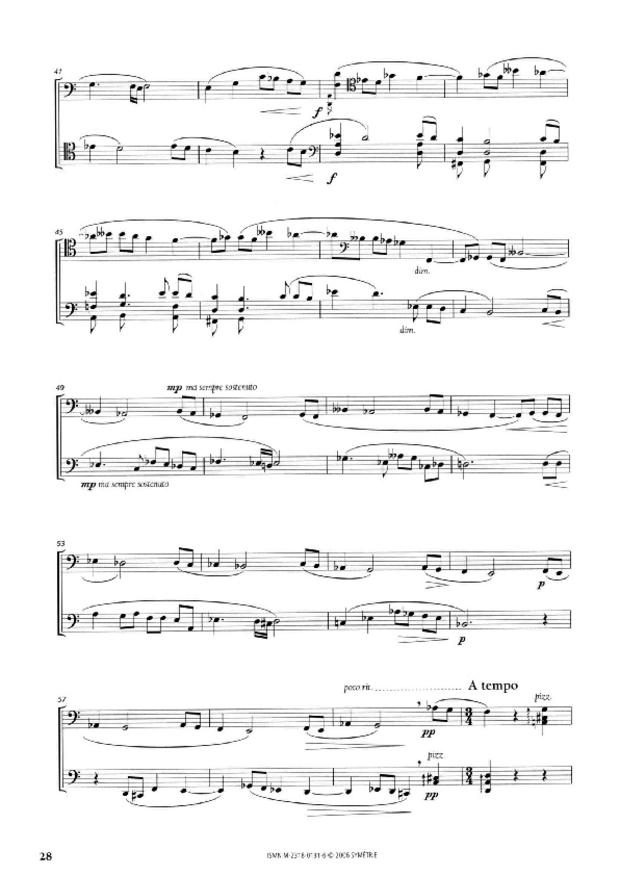 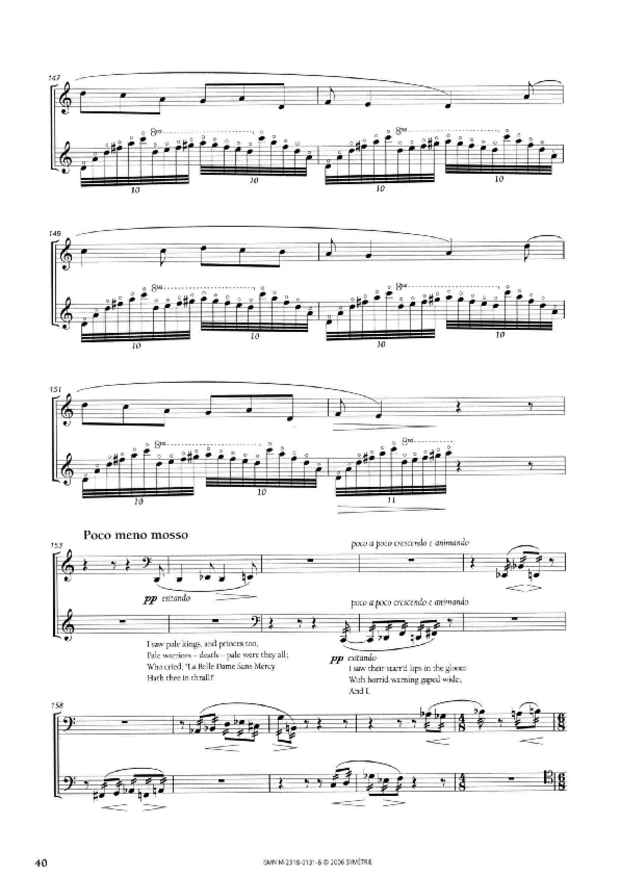 This Sonata was initially conceived (in 1995) for solo cello. It rapidly proved unplayable in this form. In 1996 it was entirely recast for two cellos. This was not simply a matter of transcribing it, but of composing it anew.

The work follows a traditional plan in four movements: a ﬁrst introductory movement, which unfolds in a free, seemingly improvised manner making it formally akin to a fantasia, followed by a scherzo, an adagio and a ﬁnale with variations.

The subtitle, “The Battle of Agincourt” (the French say “Azincourt”), comes from the fact that twice there is heard the theme of a secular song (The Agincourt Tune, dating from 1415, the same year as the battle), which later served as the basis for an Anglican hymn. The two quotations of the theme are very different in spirit. The ﬁrst, which haunts the ﬁrst movement like an apparition, is in whole and half notes; the second, which serves as the theme for the variations of the ﬁnale, is in quarter and eighth notes, adopting the rhythm of a Sicilienne. They form nonetheless a kind of large arch over the whole Sonata, streng­thening both its structural unity and its character as a vast meditation on war and death.

A recording of the Sonate pour deux violoncelles is available on the Zig-zag territoires label.
›