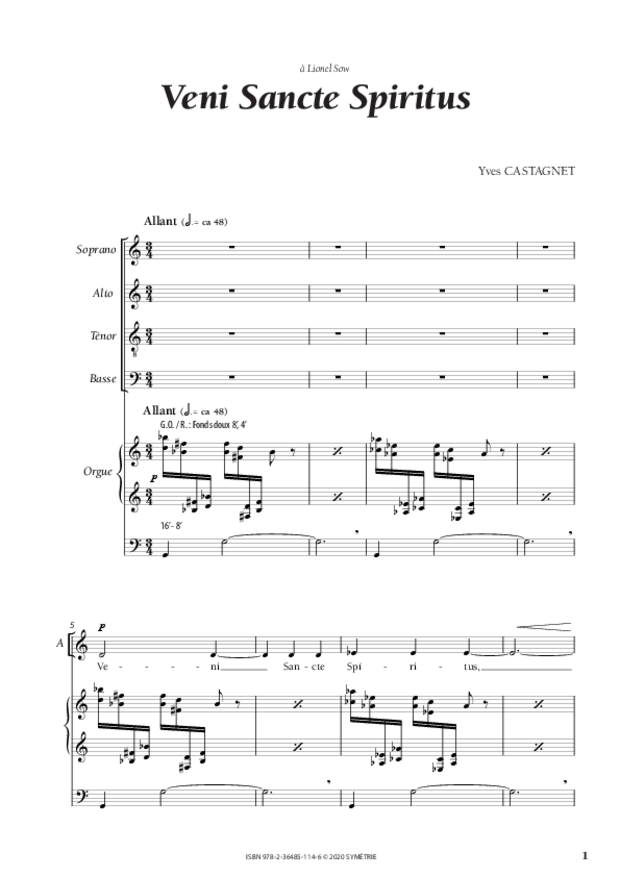 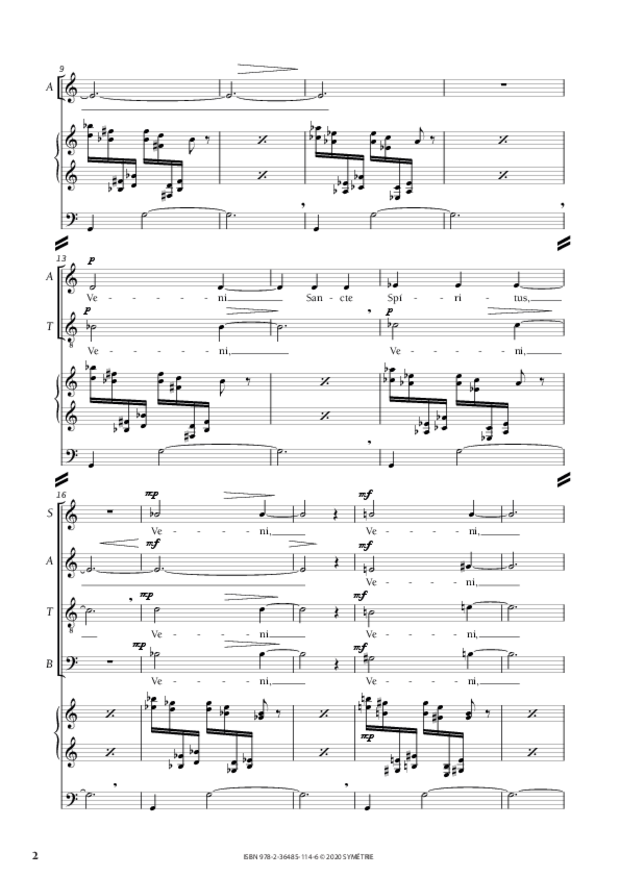 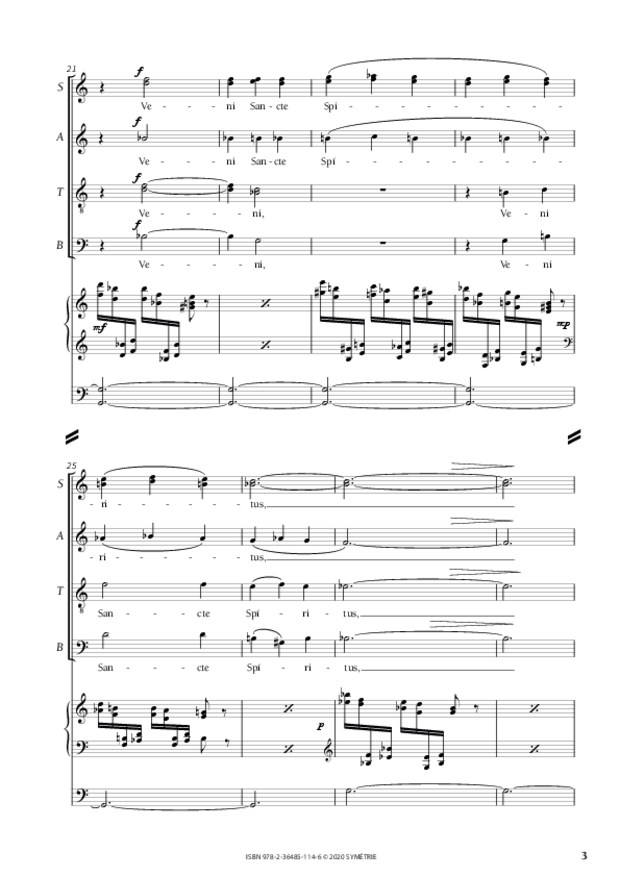 This piece was composed in 2013, when we cele­brated the 850th anniversary of the cathedral. It is dedi­cated to my great friend Lionel Sow who conducted the cathedral’s choir from 2006 to 2014, an extraordinary musician with whom it was for me such a pleasure to work daily.
It is of course inspired by the famous gregorian sequence of the feast of Pentecost, but the gregorian
quotes appear only in solo­ organ interventions, as a dis­tant echo. It is only in the final Amen that the voices sing the theme.
By some strange coincidence, it was during the week before Pentecost Sunday 2013 that I composed this piece. For the believer that I am, how could I not see it as a sign…