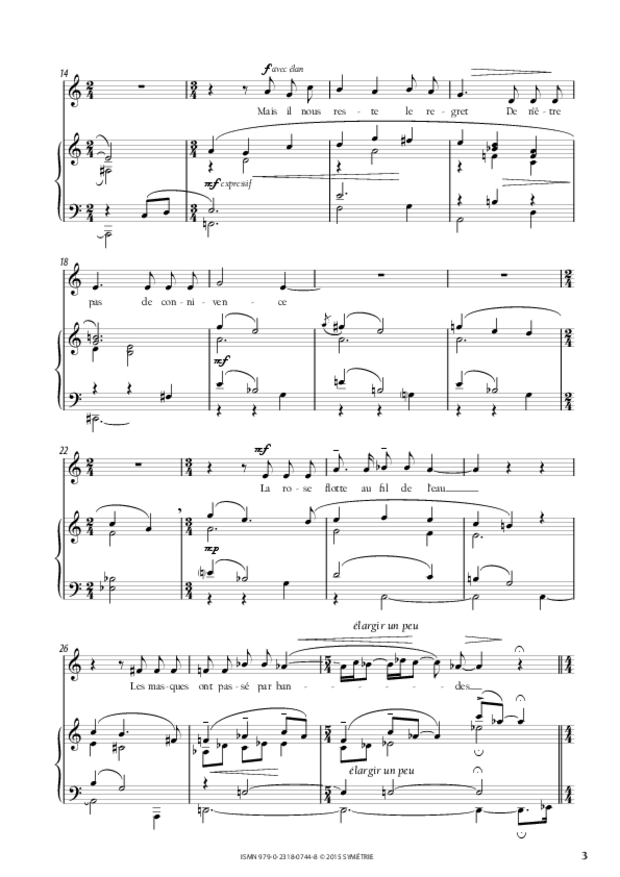 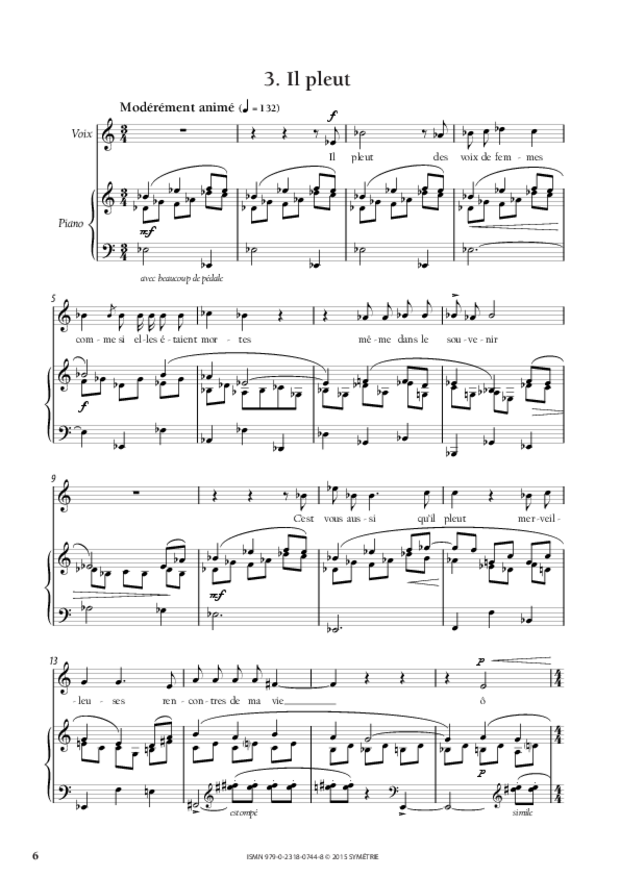 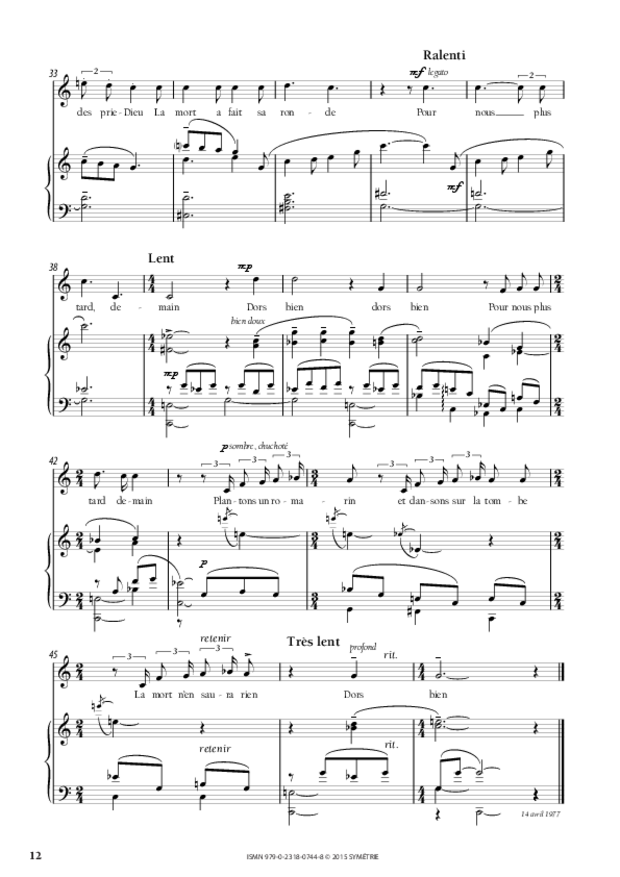 Apollinaire’s poetry—like Verlaine’s—is already almost music, so how could it not tempt a musician? But precisely, this attraction should put him on his guard. What is a virtue in poetry can turn against it in music, become insipid or, even worse, turn sour. Giving in to ‘song’ for a mélodie is not to demean; but the ‘ditty’, I’m not so sure… In Apollinaire, as in Verlaine, the composer must watch his impulses (of the ear, even more than of the heart) and be wary of pleonasm. ‘La rose flotte au fil de l’eau’ (The rose drifts with the current): what could you want to add to this weightless, unpretentious verse? At very most might one ‘say’ it, in the most humble way possible, reserving its magical effect that will almost never be born of notes, but always of words.

These precautions are not oratorical: I long hesitated before setting Apollinaire, which I knew by heart at the age of 15. And to discover, one after the other, so many composers having drawn on this inexhaustible source—were it only Poulenc’s enormous catalogue—reinforced my fear, once again signifying to me that we are perhaps wrong to put music, as Hugo more or less said, on verses that have no need of us to sing.

Yet I, in turn, did come to this and know what triggered it: in really rereading these poems (memory wears them out so there comes the day when they must be rediscovered), I perceived a mysterious thread, between one or another, forming something like an itinerary; I don’t wish to say a ‘narrative’. From this secret link was born this little cycle. I use this word intentionally, in preference to the word ‘collection’: as strongly as I can love twenty other poems by Apollinaire, none could slip in here without breaking its coherence and the atmosphere of melancholy and regret.

A recording of Cinq Poèmes d’Apollinaire is available on the Timpani label.