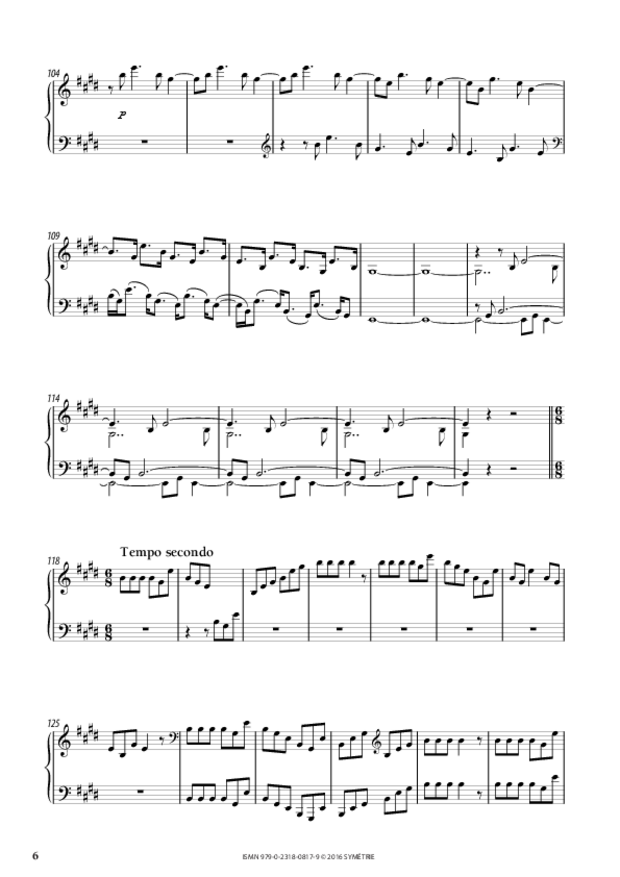 This edition of the work entitled Fantaisie sur un seul accord [Fantasia on a Single Chord], written in about 1800, is based on the manuscripts Ms 12063 and 2496 of the Bibliothèque nationale de France. The latter is a collection, with the title Practische Beispiele [Practical Examples], of 24 pieces for piano with explanatory text, of which Fantaisie sur un seul accord is No. 4.

This work was written at a time when Reicha was experimenting with new compositional ideas. The Practische Beispiele includes, for example, a piece written on three staves, each having a different time signature, as well as two pieces, Nos. 6 and 12, in which 12 of the black keys are to be tuned a semitone lower, thus allowing a new method of repeating or superimposing the same note. In No. 12, the lower stave is written in F major and the upper stave, containing the modified notes, with a key signature of five sharps, just as for B major or G sharp minor, but producing, in reality, only the notes of the scale of C major.

The Fantaisie sur un seul accord belongs to these experiments. Whereas, in No. 15 of the Practische Beispiele and in the 13th of his 36 Fugues of 1805, Reicha limits himself to seven notes, here he goes much further, in using only the three notes of the triad of E major. In his commentary on the work, Reicha explains his intentions in detail: “In this fantasia, you will not find any appoggiatura, or held note, or any effect produced by changes of key, or alternation of consonance and dissonance. There is no passing note, not even a consonant transition of fundamental tones. Yet no one could deny the diversity of this fantasia. How does that come about? Quite naturally. The mind, constrained by limited means, seeks (and finds) solutions it might never otherwise have envisaged, and its aim is thus achieved. The practice of such exercises, to achieve the same ends with limited means, brings the composer great rewards, for he thereby becomes more aware of possibilities he might not have thought of”.