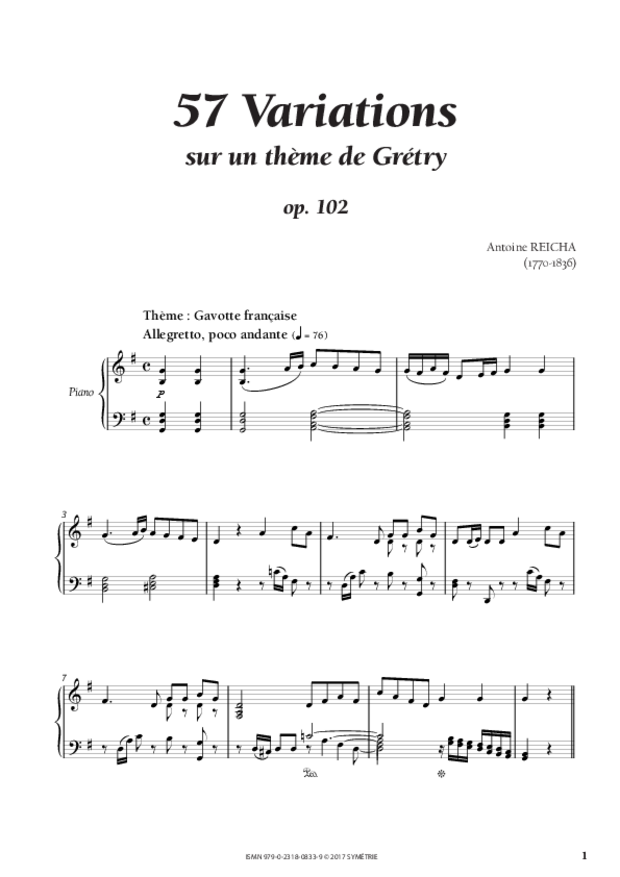 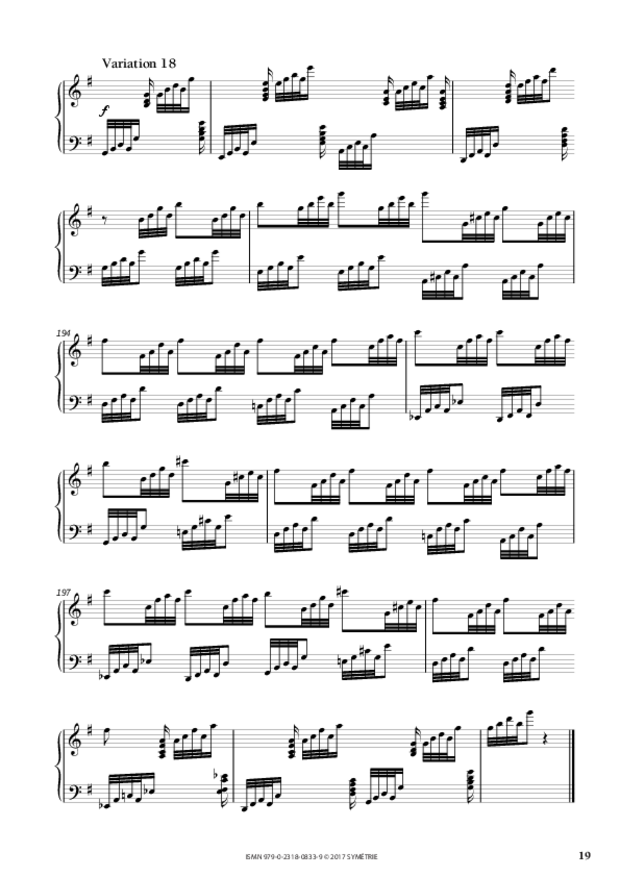 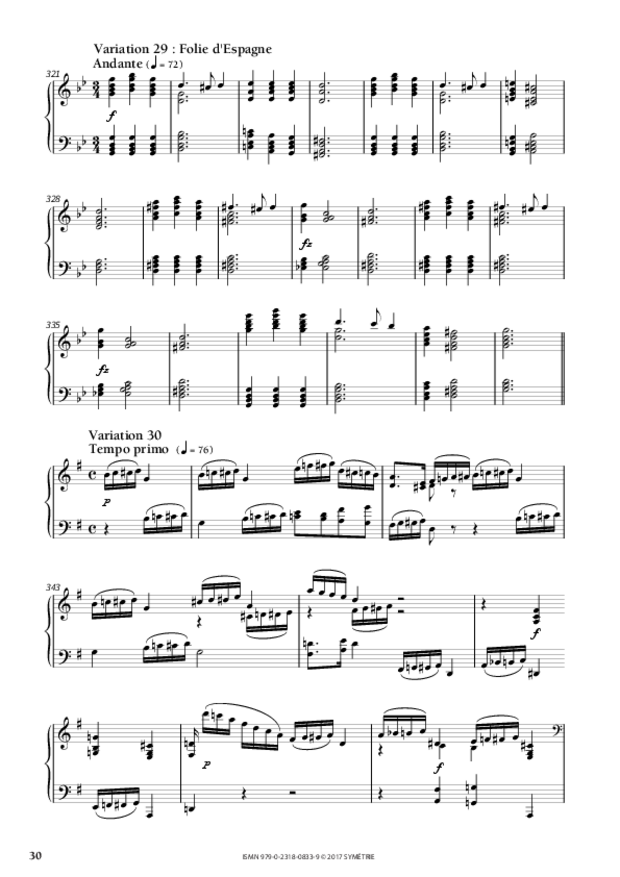 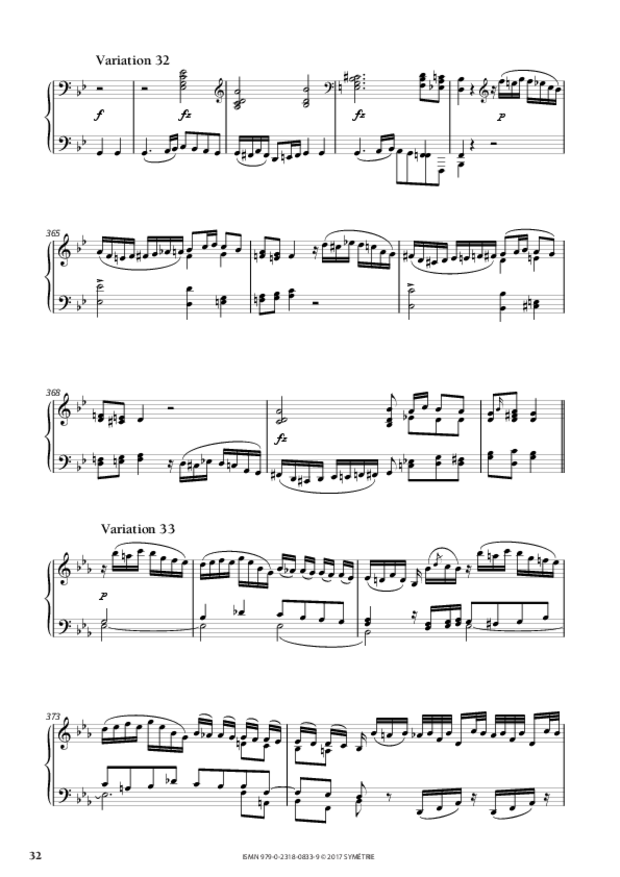 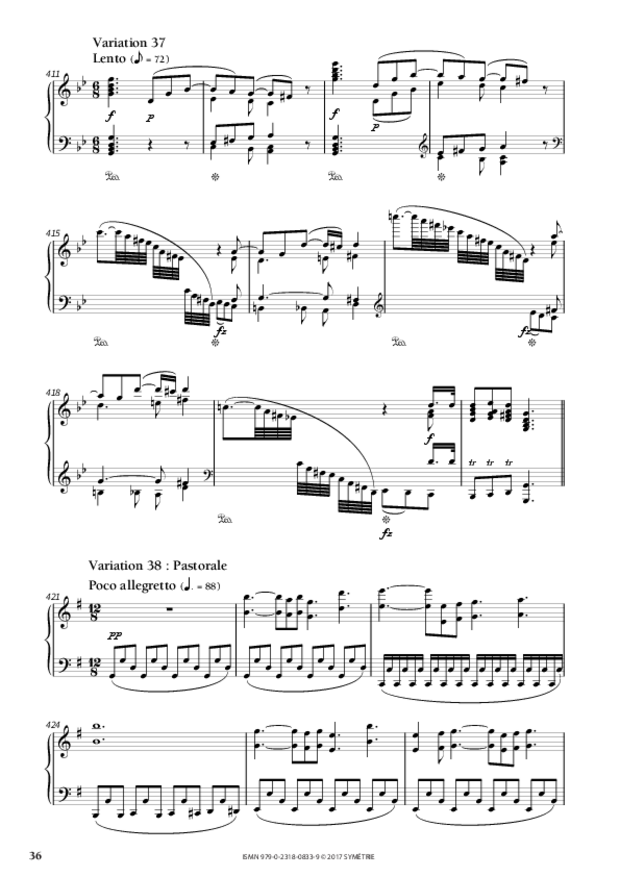 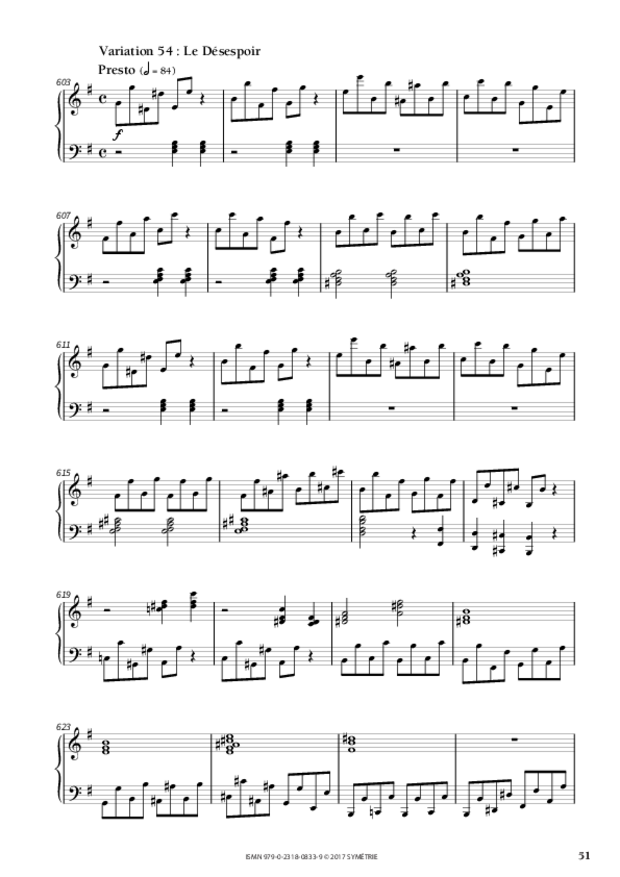 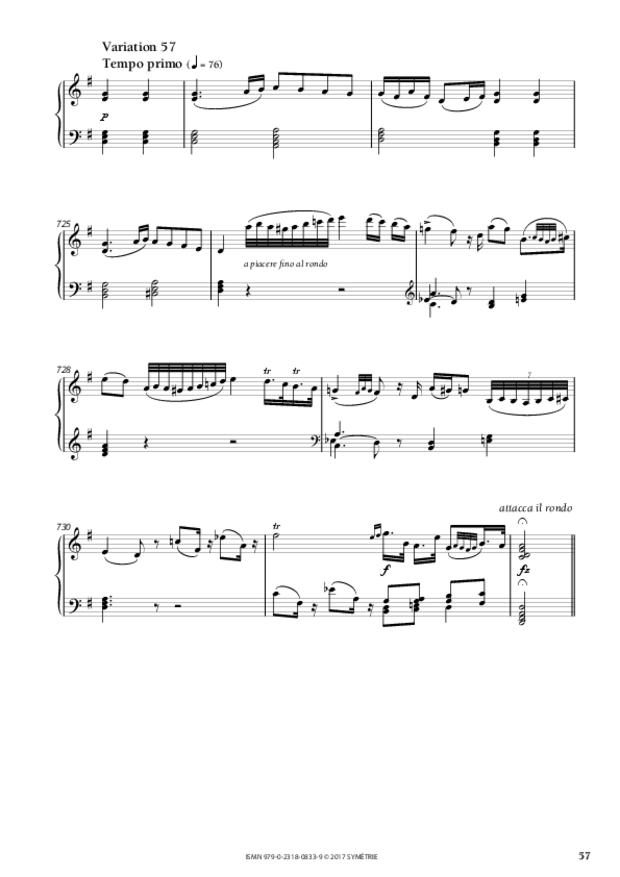 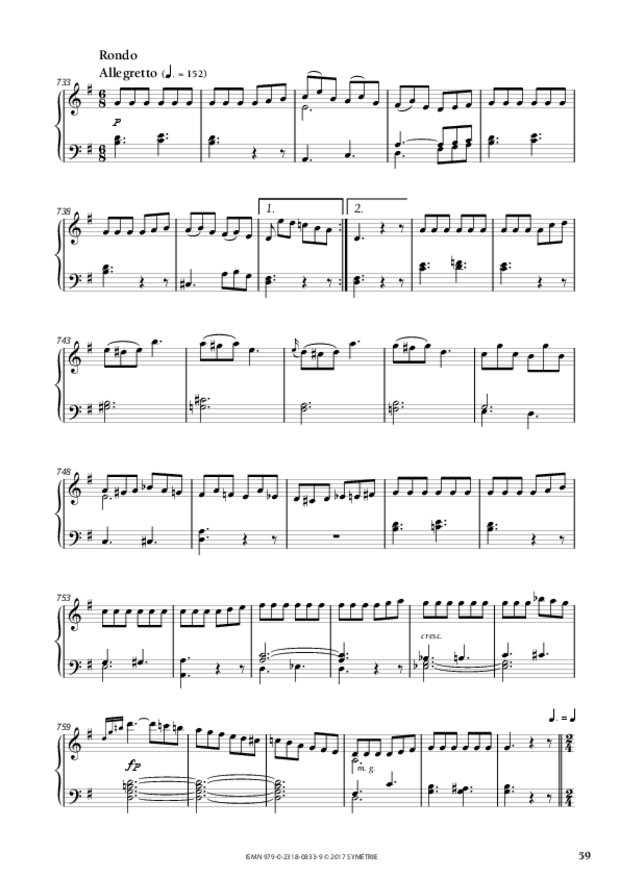 This edition of the 57 Variations on a theme by Grétry is based on the sole existing source, namely, the edition published by Zetter in Paris in 1824 under the title Étude de Piano ou 57 Variations sur un même thème suivies d’un Rondeau (Study for Piano or 57 Variations on a single theme followed by a Rondo). The theme in question is essentially the same as that of an instrumental passage in the second act of the opera Panurge dans l’isle des Lanternes by André-Ernest-Modeste Grétry, which was first performed at the Académie royale de musique in Paris on 25 January 1785.

Reicha’s autobiographical writings and treatises are full of praise for Grétry, whose death, in 1813, prompted Reicha to compose a cantata in his honour. This work, Hommage à Grétry, which was completed in 1814, begins with a movement in which the chorus sings “Alas! He is no more… let us mourn the beloved heavenly bard… let us mourn for Grétry!” and several of the later movements are based on themes taken from Grétry’s operas. It is therefore generally assumed nowadays that the melody in Panurge dans l’isle des Lanternes was the origin of Reicha’s variation theme and, on that basis, his work is often referred to as Variations on a theme by Grétry, a practice we have followed for the present edition. Nevertheless, Grétry’s name does not appear anywhere in the 1824 edition and, although it is almost certain that Reicha knew Grétry’s opera, we have no document confirming it as being, in fact, the source of the theme of the variations. We cannot therefore totally rule out the possibility that the two composers might simply have made use of a traditional melody.
About ten years, then, after his Variations sur un thème de Gluck, Reicha returns to composing variations for the piano and it can hardly be by chance that the number of variations in the new work turned out to be exactly 57, a number that clearly refers to his 57 Variations for the Piano-Forte, Op. 57, of 1804, also known as L’Art de Varier (The Art of Variation), a momumental work described by Rainer Schmusch as “a sort of composed treatise”. It seems unlikely that these various uses of the number 57 were purely fortuitous and there is surely something more to be discovered here that could throw light on the personality of this composer, who we know had a passion for mathematics.

At the beginning of the work, Reicha adds the words “Gavotte française” above the main theme. In a similar way, certain of the variations are given descriptive titles, that indicate their character. This clearly looks back to the practice found in some dance suites from the baroque period, such as ones by François Couperin. Other variations have a subtitle indicating a style of playing, such as legato or staccato, and this seems to reflect the term “Étude” in the original title.

Although, in the original edition of 1824, this work is presented as a “study for piano”, it has not the same pedagogic or didactic purpose that characterises the earlier set of 57 variations, L’Art de Varier. Here, it is more a question of a demonstration than of a lesson. The great variety of styles and the frequent recourse to imitative writing make this work a logical and obvious continuation of Op. 57, which remains, in Reicha’s output in variations for the piano, the point of reference.