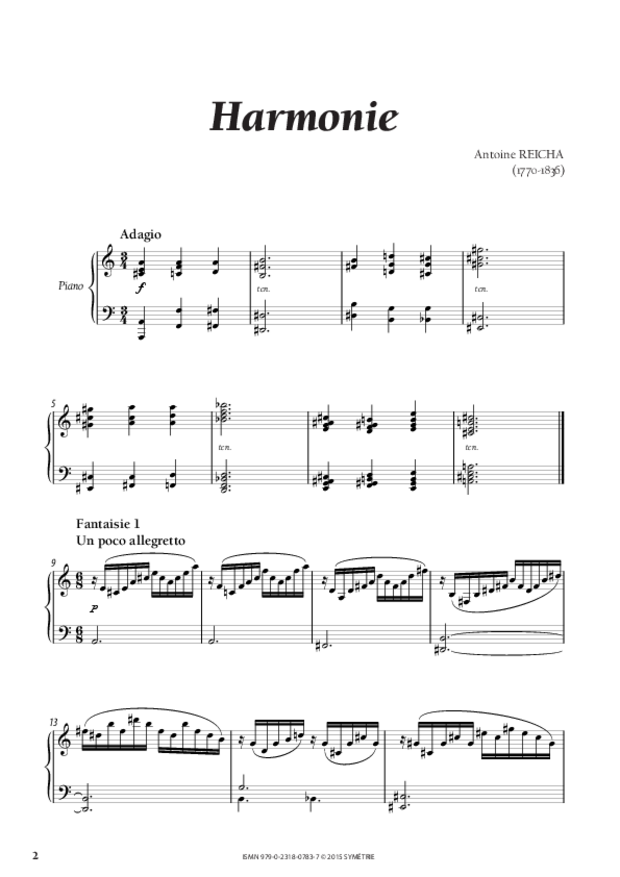 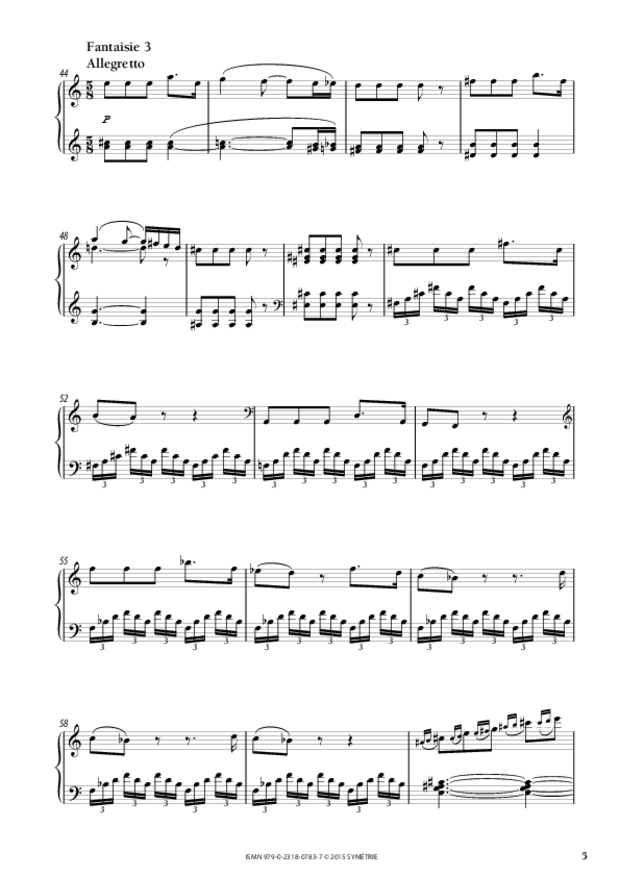 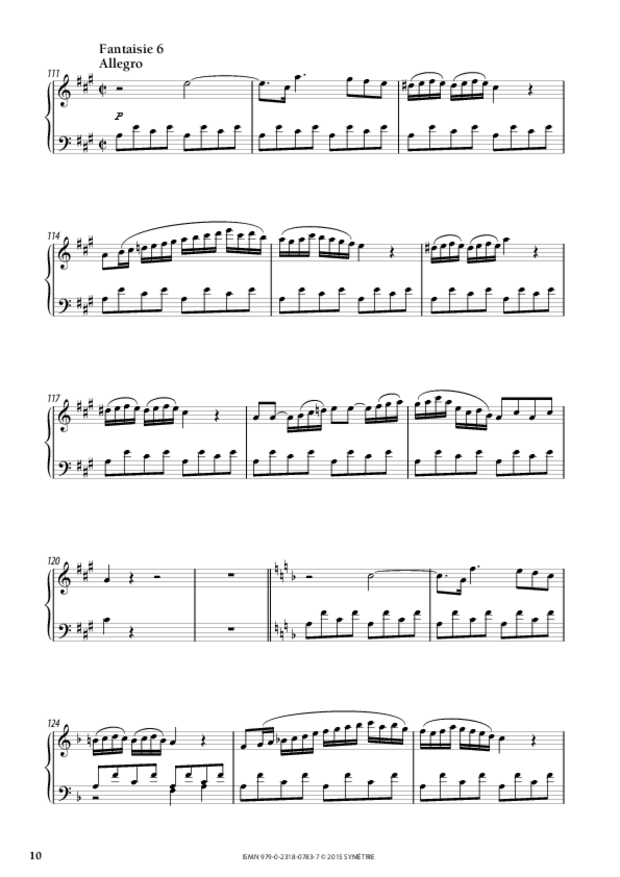 This edition of the work entitled Harmonie, written in about 1800, is based on the manuscripts Ms 12068 and 2496 of the Bibliothèque nationale de France. The latter is a collection, with the title Practische Beispiele [Practical Examples], of 24 pieces for piano with explanatory text, of which Harmonie is No. 20.

This work was written at a time when Reicha was experimenting with new compositional ideas. The Practische Beispiele includes, for example, a fantasy that uses only the three notes of the triad of E major, as well as two pieces, Nos. 6 and 12, in which 12 of the black keys are to be tuned a semitone lower, thus allowing a new method of repeating or superimposing the same note. In No. 12, the lower stave is written in F major and the upper stave, containing the modified notes, with a key signature of five sharps, just as for B major or G sharp minor, but producing, in reality, only the notes of the scale of C major.

Harmonie belongs to these experiments. Its form is that of theme and variations, but in this case it is not a melody that provides the basis, but a harmonic sequence, whence the title. The work opens, then, with a sequence of 16 chords that begins and ends in A major and contains 13 different harmonies. Six fantasies then follow, each based on that same harmonic sequence. In his commentary on the work, Reicha writes: “This harmonic sequence is repeated six times, and six times with a fresh interest. This type of repetition offers a new form of composition that is, at the least, more admirable and more serious, offering more to the intellect, than the trite, uninspired pieces that pass for variations nowadays, whose style, copied from one piece to another, can appeal only to the small-minded.”

Particularly notable is the fifth fantasy, written without bar lines and with irregular rhythms, a style of composition that may bring to mind the unmeasured preludes of French composers such as Louis Couperin or, even more perhaps, the free fantasies of Carl Philipp Emanuel Bach.