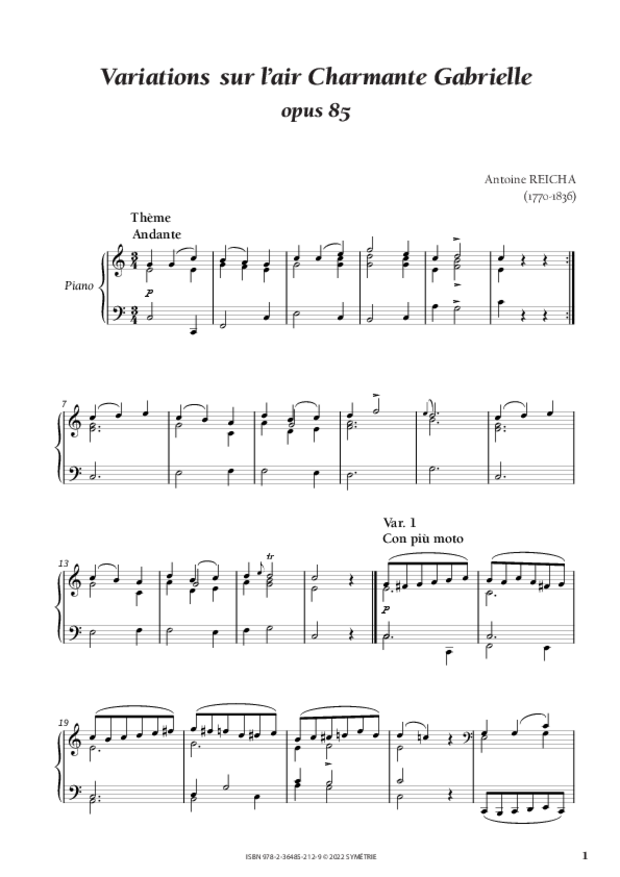 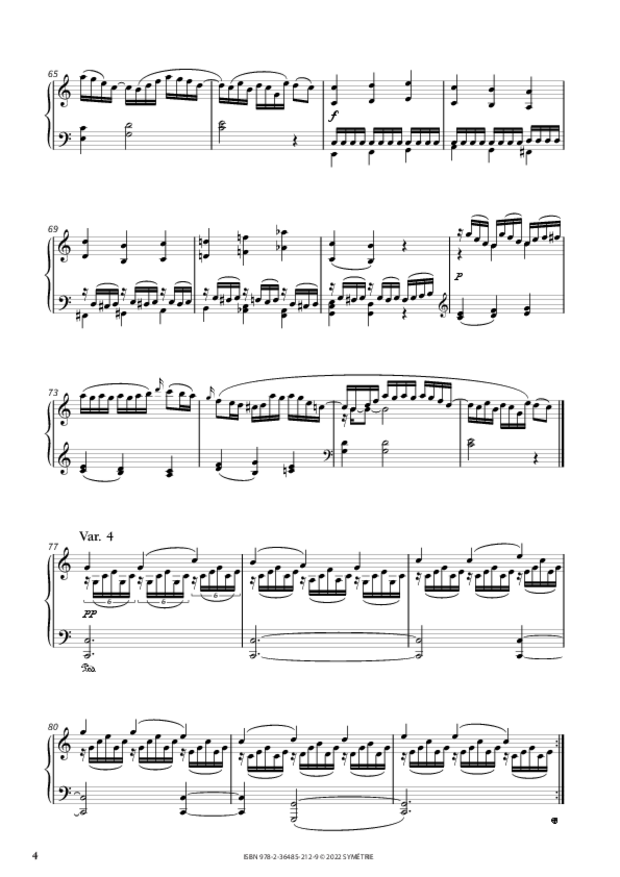 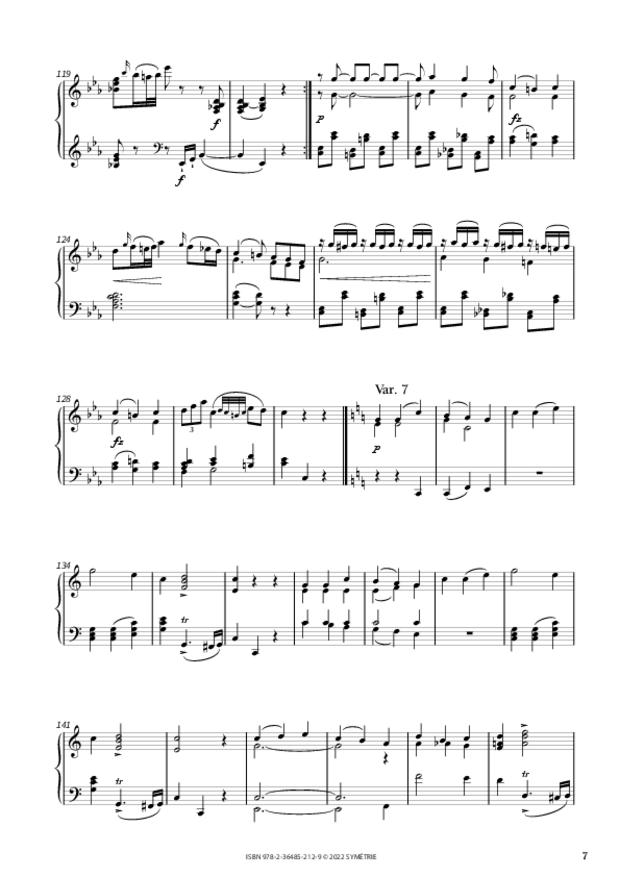 This edition of Variations on the air Charmante Gabrielle, Op. 85, is based on that published by Gambaro in Paris, the opus number indicating a publication date of around 1816. The theme is followed by ten variations the last of which develops into a long coda.

The words and the melody of the song “Charmante Gabrielle” go back to the time of King Henry IV, who in 1597 sent a letter to his mistress, Gabrielle d’Estrées, containing the following words (in French): “These verses will show you my present state better and more agreeably than would prose. The words were provided by me, but I did not compose them.” This seems to indicate that the king had suggested the subject of the poem, but was not the author of it. Shortly afterwards, the poem was set to music. The identity of the compo- ser, as of the poet, remains obscure.

This air was well known in Reicha’s lifetime. It appears in the finale to the opera Pierre le Grand by Grétry, who uses it to appeal to the royalist senti- ments of the audience. There are also a great number of works in the form of variations based on this air. Here are some examples: Florido Tomeoni, for piano, 1802; Pierre Baillot, for string quartet, 1814; Étienne-François Gebauer, for flute, around 1820; George Onslow, for piano, 1817. Reicha himself had already made use of this theme: the 7th of his 24 Trios for three horns, Op. 82, consists of this same melody followed by four variations. And in Book 3 of his Traité de haute composition musicale, published in 1824, he presents this air as a canon for three voices, adding an optional piano accompaniment. The theme is marked Andante and the first varia- tion Con più moto. One may presume that, for variations 3-9, there is, in principle, a return to the tempo of the theme. Variation 10, which leads to the coda, is marked Allegro assai.

In most of the variations in this work the melody of the theme is clearly distinguishable. It is only in the 5th and 6th that it is hidden at certain points. The main key is C major. The 2nd and 6th variations differ from the others in that respect, the former beginning in G major and the latter being in C minor. Variations 3, 4 and 9 have an accompaniment in semiquaver sextuplets, and in the last of these the theme is syncopated. Towards the end of the coda, the left hand plays a sort of low trill in quavers for 20 bars, recalling perhaps a similar fea- ture in the finale of the Grande Sonate in E flat, written 12 years before.

In the theme we have not followed the phrasing of the original edition exactly, where, in bar 9, there is a slur between the D and the B. The equivalent bar, the 14th, contains no slur. To correspond with the phrasing of variations 2 and 4, we have put a slur between the B and the C in those two bars. The performer is, however, free to ignore this editorial suggestion.