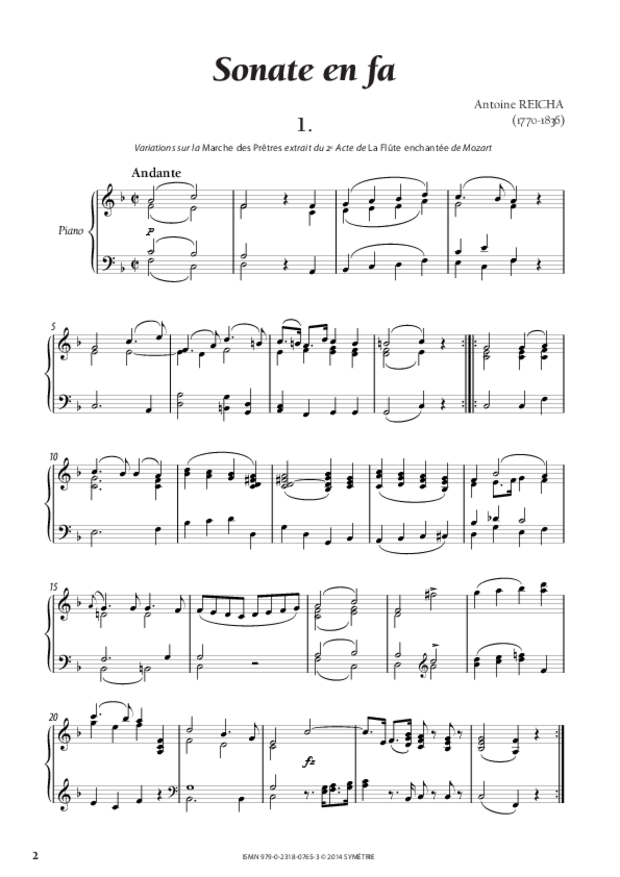 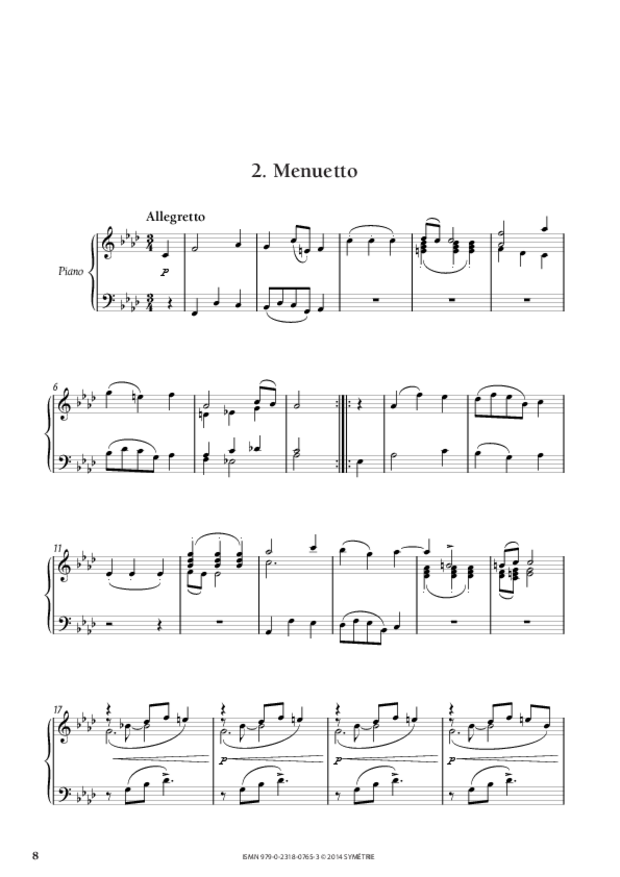 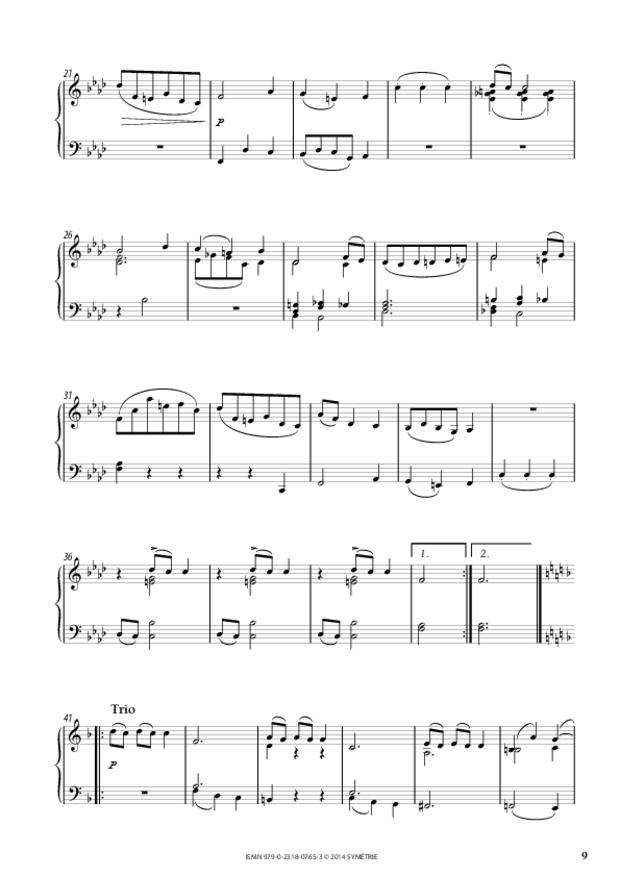 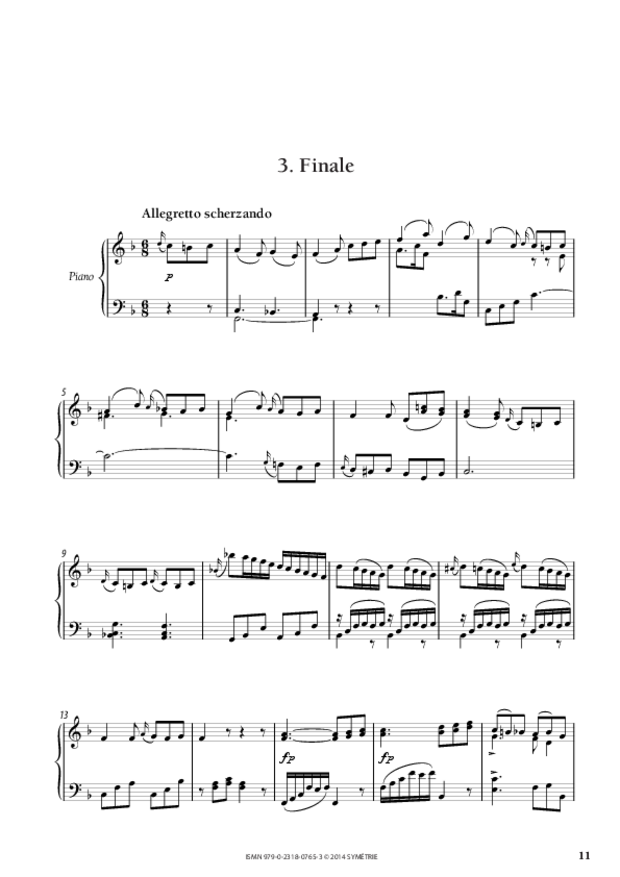 This simple, elegant work was written in 1800, three years before the dramatic constrasts and romantic gestures of the three Grandes Sonates for piano.

The first movement consists of a theme from Mozart’s Magic Flute, followed by four variations. Reicha is not the only composer of the period to have borrowed a theme from Mozart’s operas. One can think, for example, of Beethoven and his variations on Là ci darem la mano from Don Giovanni. In a footnote on the first page, Reicha explains that all the variations have the same character as the theme and should be played accordingly. Twenty years later, Reicha was to analyse the rhythmical structure of this same theme in the second volume of his Traité de haute composition musicale.

The second movement is a Minuet and Trio, written in the style of those of Haydn’s piano sonatas. Reicha had studied with Haydn and had a deep admiration for his music. But he was also fond of musical jokes and here perhaps he is amusing himself, for he goes against the practice of his master and writes the minuet in F minor and the trio in F major, the main key of the work.

The last movement, a rondo in 6/8, which is perhaps not the finale envisaged by Reicha, matches the classical style of the preceding movements well. Was Reicha influenced by the rondo in 6/8 that ends Mozart’s Sonata in D major K 311 For, when you hear the main theme, with its appoggiature that give it impetus each time, you might well be put in mind of that rondo of Mozart’s.