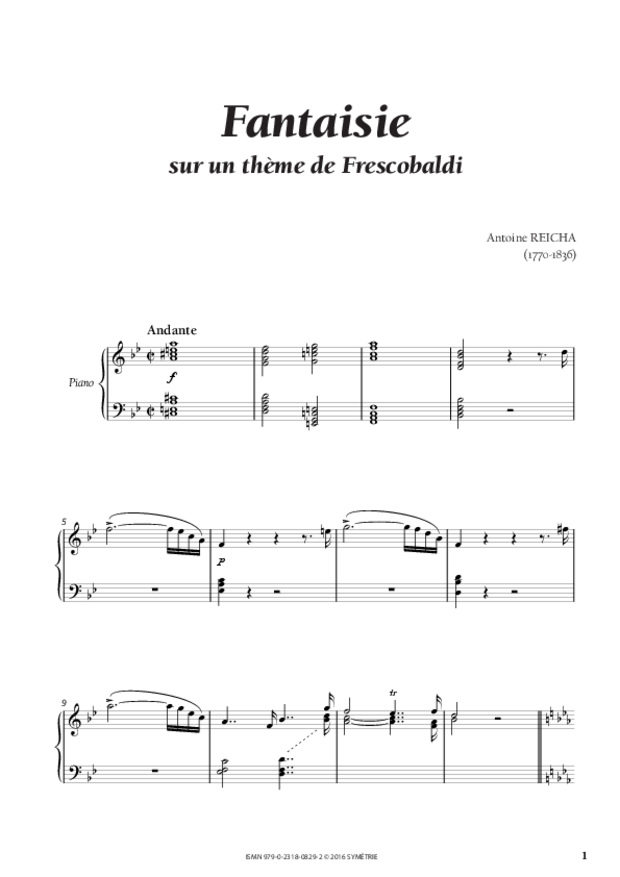 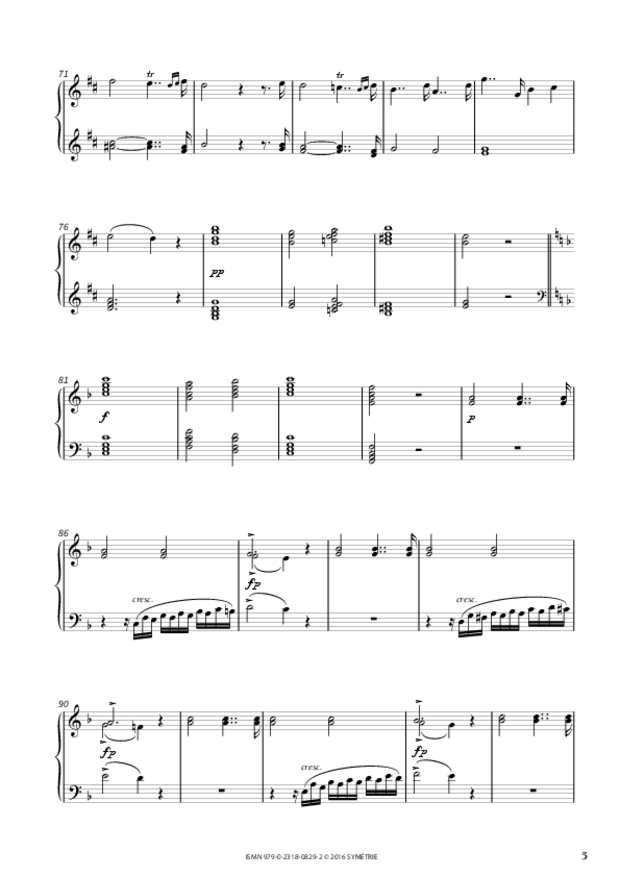 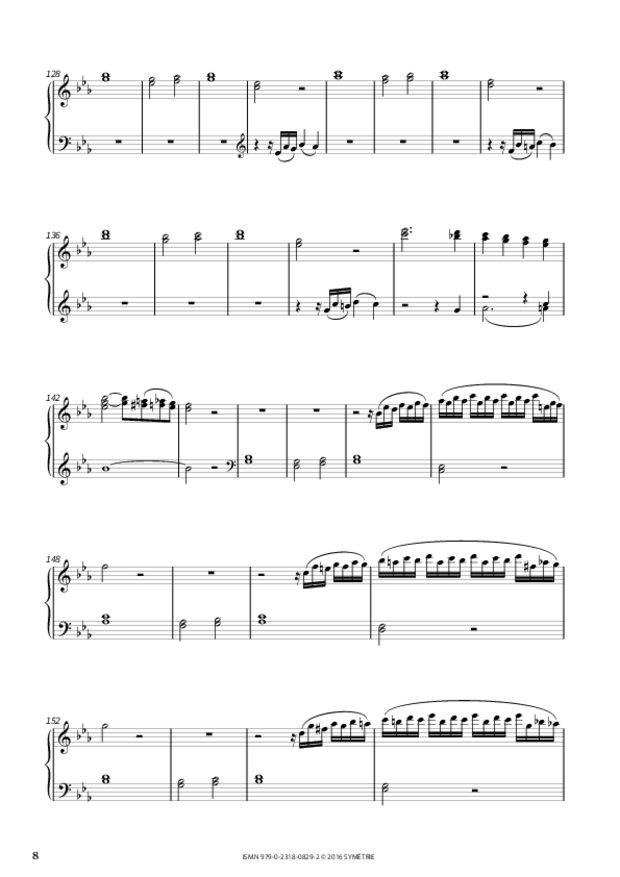 This edition of the work entitled Fantaisie sur un thème de Frescobaldi (Fantasia on a theme by Frescobaldi), composed around 1800, is based on the sole surviving source, namely the manuscript Ms 12062 of the Bibliothèque nationale de France.

Many composers had used the music of Frescobaldi (1583-1643) as a basis for their own compositions, but by Reicha’s time the most recent was J. S. Bach and, in a prefatory note to the present work, Reicha judges it necessary to explain how celebrated a composer Frescobaldi was in his own era. This fantasia is based on the theme of the Ricercar decimo sopra la, fa, sol, la, re, of 1615. Reicha describes that work as “a very ingenious fugue”, singling out the way the principal motif is continuously repeated in the upper voice and wondering how such an idea could be exploited, even in music for the theatre. Reicha was to use another theme by Frescobaldi for the 14th of his 36 Fugues, published in 1805.

This fantasia is distinguished by a certain ambiguity of tonality, as well as by striking contrasts of key, similar to those in some of the 36 Fugues, such as No. 20, or in pieces from the Practische Beispiele (Practical Examples), such as Capriccio, contemporary with this fantasia. It begins by announcing Frescobaldi’s theme (A-F-G-A-D) with five perfect chords that finally establish the opening tonality of B flat major. This theme reappears throughout the piece in several different keys. The high point of the piece arrives at bar 120 with a new motif, following a long transitional section of ten bars of uninterrupted semi-quavers. This new idea gives way to a motif in thirds, accompanied by fragmentary echoes of an earlier theme. The coda, the last ten bars, to be played pp and flirting momentarily with the tonality of C flat major, gives a highly satisfying conclusion to this work, that matches its model in ingenuity.

The markings fz in the manuscript in bars 27 to 31 and 85 to 106 have been replaced in this edition by fp plus accent, as it seems to us that the composer’s intention was for each crescendo to begin p. The performer is, however, free to think of other possibilities of interpretation. At bar 160, it is interesting to note that Reicha writes “gravez les queues des noires par en haut” (“print the crotchets with up-stems”). As this relates purely to the layout of the work, it looks as if Reicha was envisaging the publication of this piece. Our researches, though, have revealed no sign that any such edition was ever produced.

A recording by the pianist Henrik Löwenmark of Antoine Reicha’s Fantaisie sur un thème de Frescobaldi is available on the Toccata Classics label.