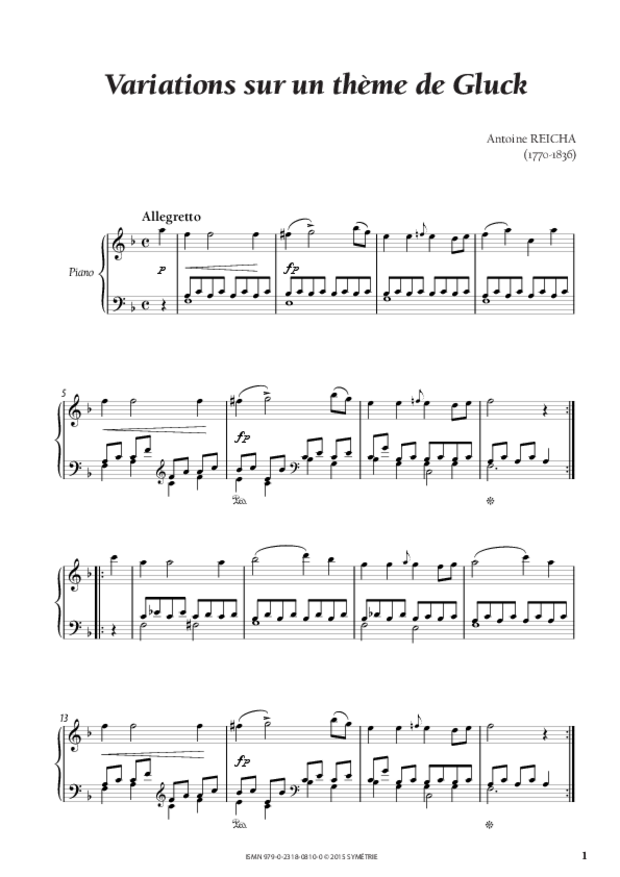 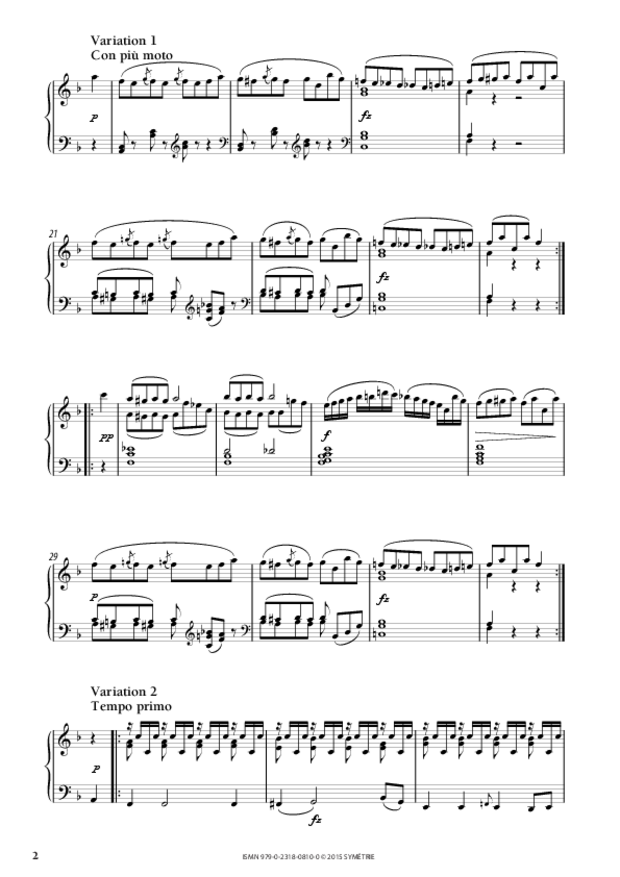 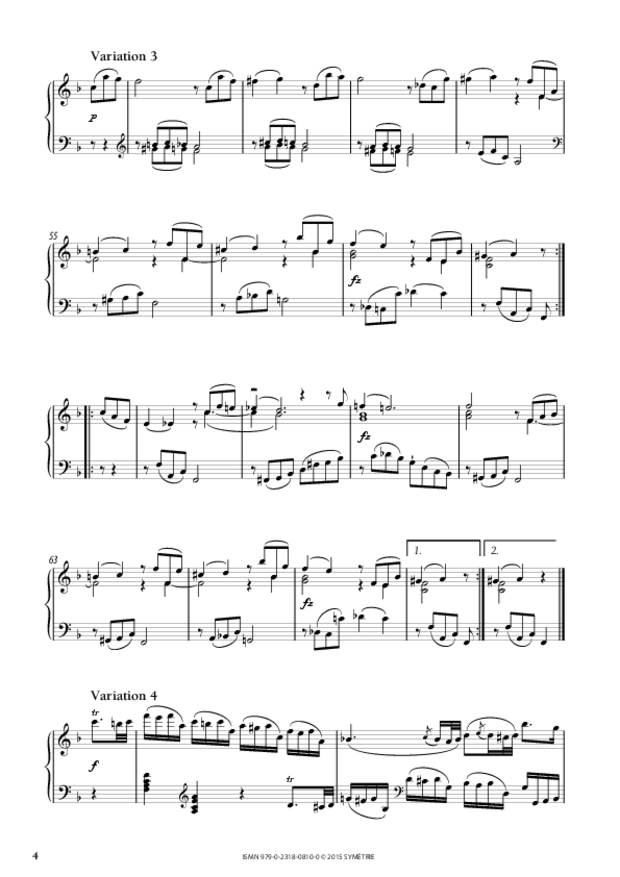 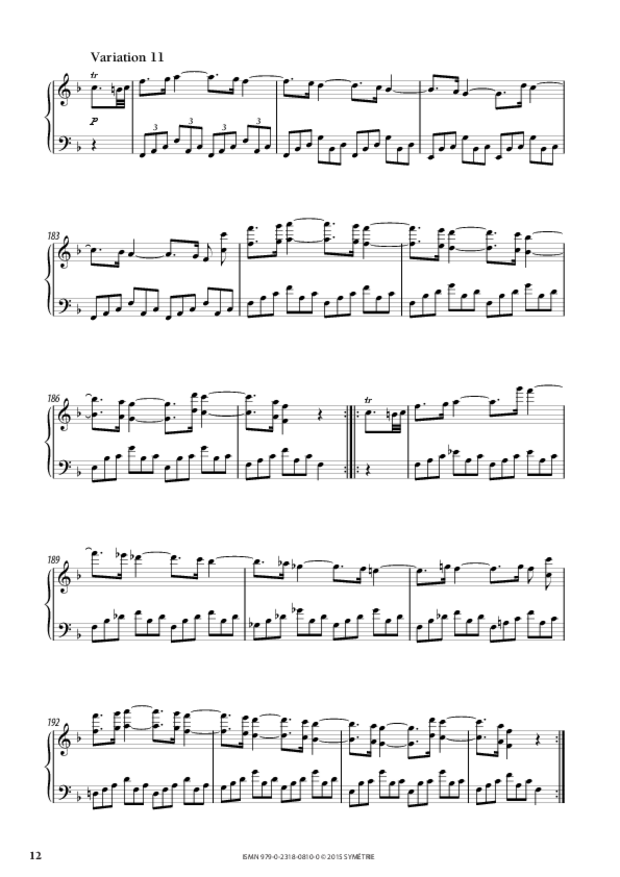 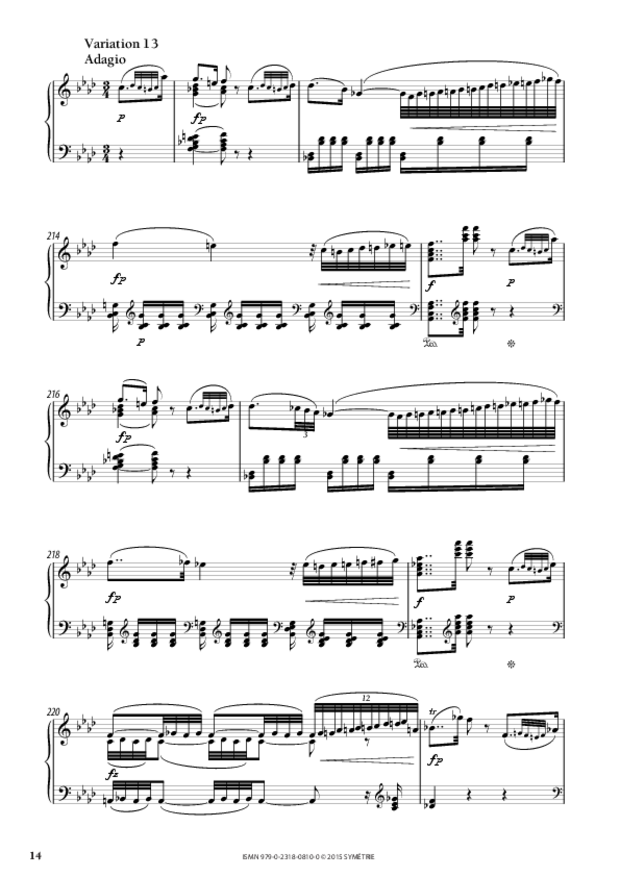 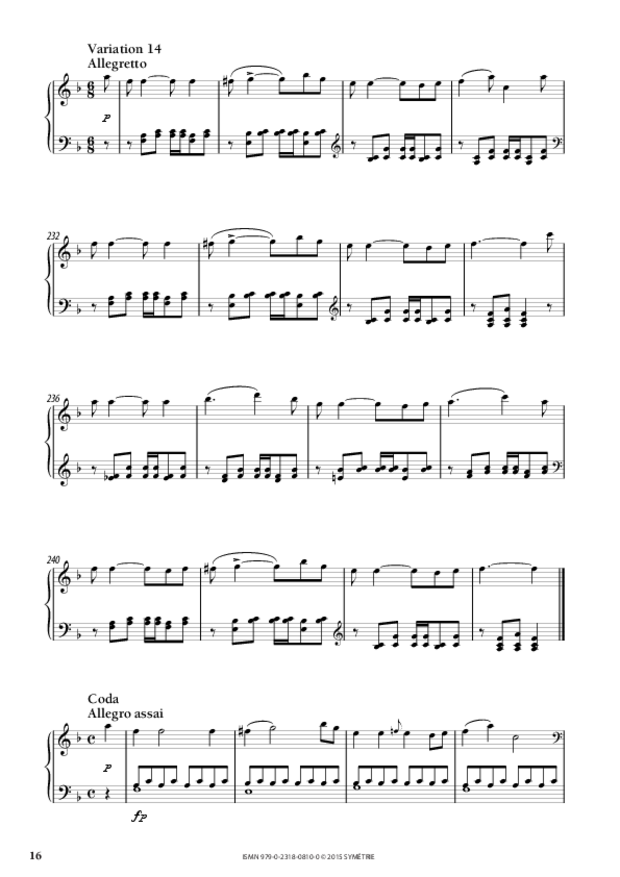 This edition of the Variations on a theme by Gluck is based on the sole existent source, that is, the edition published during the composer’s lifetime by Gambaro of Paris. The opening theme, on which the following 14 variations and a coda are based, is derived from a brief instrumental interlude, in the form of a musette for strings and bassoons, in the 4th act of Gluck’s opera Armide.

We have no direct information about the date of composition or publication of these Variations, but the opus number, 87, suggests that the work was published around 1815, eleven years therefore after the monumental 57 Variations for piano, Op. 57, also known as L’Art de varier (The art of variation), recognized at the time as a point of reference for that musical form. These Variations on a theme by Gluck will therefore, in all likelihood, have been contemporary with Hummel’s Op. 57, ten variations for keyboard, published in Vienna in that same year, 1815, and based on the very same theme by Gluck. No other composers of that period had, as far as we know, written variations on a theme from Gluck’s Armide and the only other work we are aware of before 1815 that was based on any theme by Gluck at all is Mozart’s 10 Variations for piano (K 455). What, then, are we to make of this coincidence? It is hard to imagine it was purely fortuitous and we are bound to wonder whether Reicha wrote his own variations as a response to Hummel’s work and, if so, whether he had noticed its opus number.