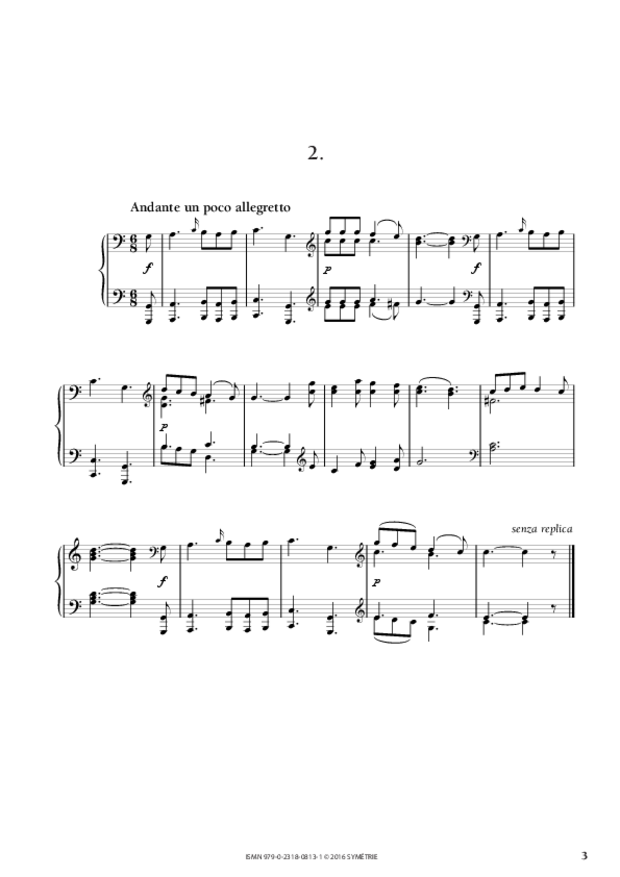 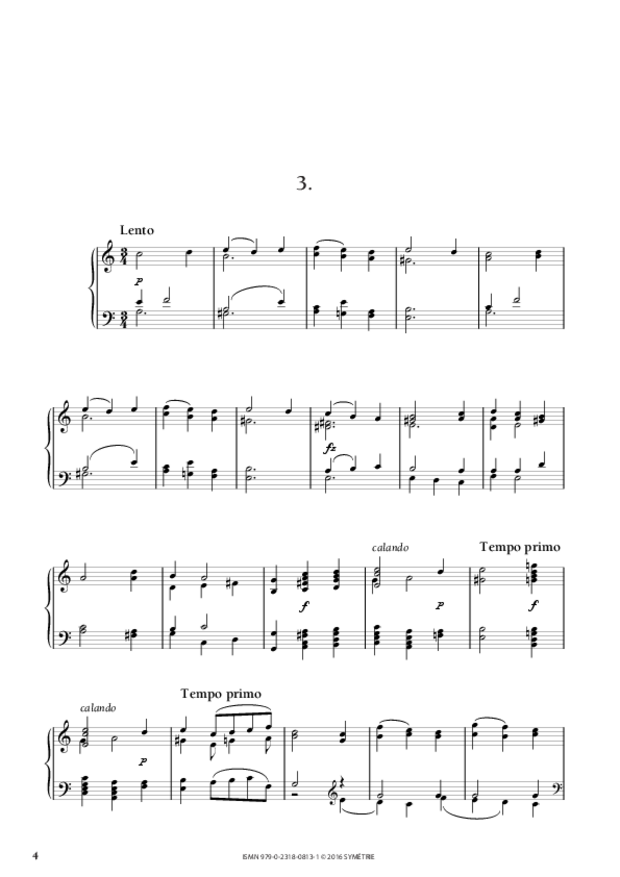 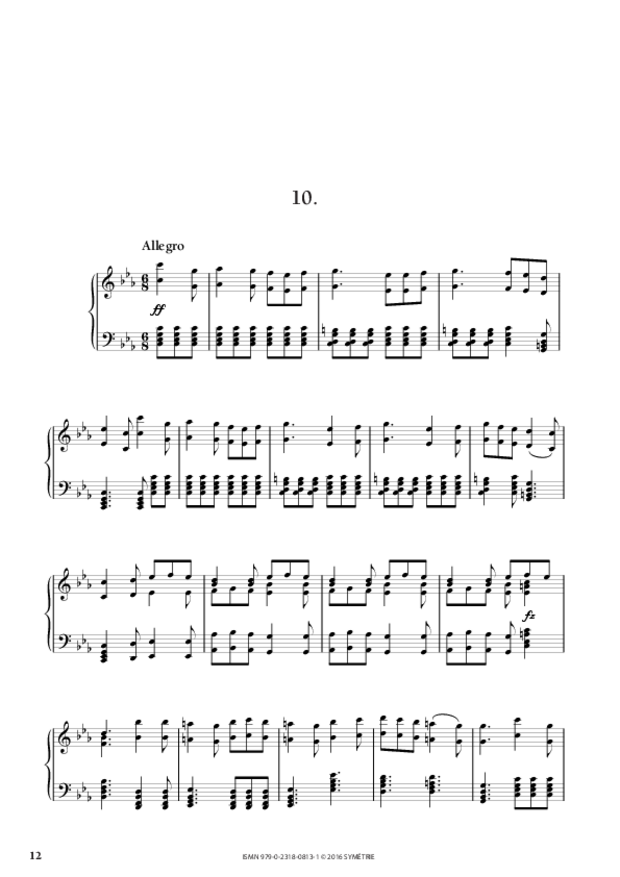 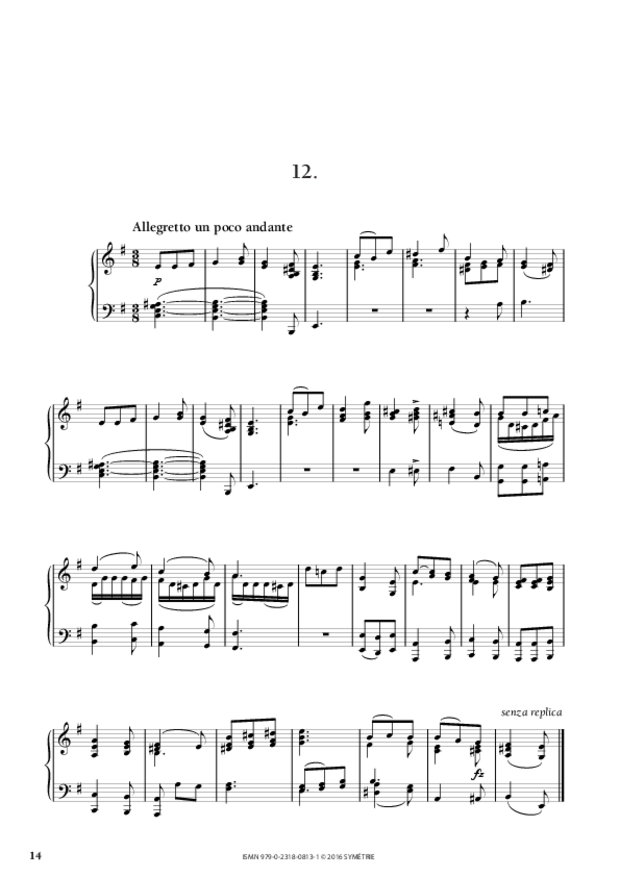 This edition of La Chercheuse d’esprit is based on the sole surviving source, the manuscript Ms 12066 of the Bibliothèque nationale de France. The subtitle is xiii Ariettes françoises du Seizième Siècle arrangées pour le Piano et Accompagnées d’un [sic] Harmonie moderne (13 French ariettas of the 16th century arranged for the piano and accompanied by modern harmonies). The manuscript is not dated, but the title page carries the inscription “To Mr Lachnith”, which leads one to conjecture that this work may be contemporary with the Fantasia on a theme by Frescobaldi and the Studies or Exercises, Op. 30, as these two works are the only others by Reicha containing any reference to Ludwig Wenzel Lachnith, and they appeared during Reicha’s first sojourn in Paris, in 1800-1801. The title of the work would certainly have brought to mind the comic opera of the same name by Charles-Simon Favart, the plot of which is based on Jean de La Fontaine’s fable Comment l’esprit vient aux filles (How girls come to be spirited). Favart’s opera was a particular favourite of the time in the French capital, where it had been regularly revived, ever since its first production at the theatre of the Foire Saint-Germain on 20 February 1741.

The relationship between Reicha’s ariettas and this work by Favart does not stop at the title, however. Although Reicha does not specify the source of any of his ariettas, we have discovered that seven of them (Nos. 2, 3, 5, 7, 9, 10 and 12) bear an obvious melodic resemblance to airs from the opera. Their order, too, is the same as in Favart’s work. In some cases, the correspondence is almost exact and Reicha does no more than add a harmonic accompaniment. In others, the arietta exhibits greater melodic development than the air, yet its structure still leaves no doubt as to its origin.
In the comic operas of the time, it was the practice to employ already existing melodies for the airs, rather than to create new music for them. There are editions therefore in which the title of the melody to be used is indicated for each air, without any written score. For Favart’s opera, we have found several such librettos, as well as two manuscripts that contain the music for the airs, but without the original titles of the melodies. We have identified those seven ariettas by the original title of the air (its “timbre”) and by the opening words of the air in Favart’s opera. On the other hand, we have not succeeded in identifying the original melodies used for Nos. 1, 4, 6, 8, 11 and 13, that is, the pieces that are not matched in Favart’s work. The origin of those ariettas, therefore, as well as Reicha’s decision to base a work for piano on such melodies, still remains a mystery.

The technique required for this work is such that it may be played by pianists of a wide range of competence. Its 13 ariettas do not, as far as we can determine, form any particular structure and the pianist is therefore free to choose which to play. The marking con sordini, which usually serves simply to cancel senza sordini, leaving the pianist free to use the pedal or not, as seems appropriate, should be interpreted in Nos. 9 and 11, where it appears at the beginning of the piece, as an instruction to keep the dampers active: in other words, that the pedal is not to be used at all.

La Chercheuse d’esprit offers pieces of widely differing character: from the solemnity of No. 3 to the vigour of No. 10 in C minor, taking in, too, the innocent charm of No. 7, whose heady sweetness wafts through the air like the simple strains of some children’s nursery-rhyme.