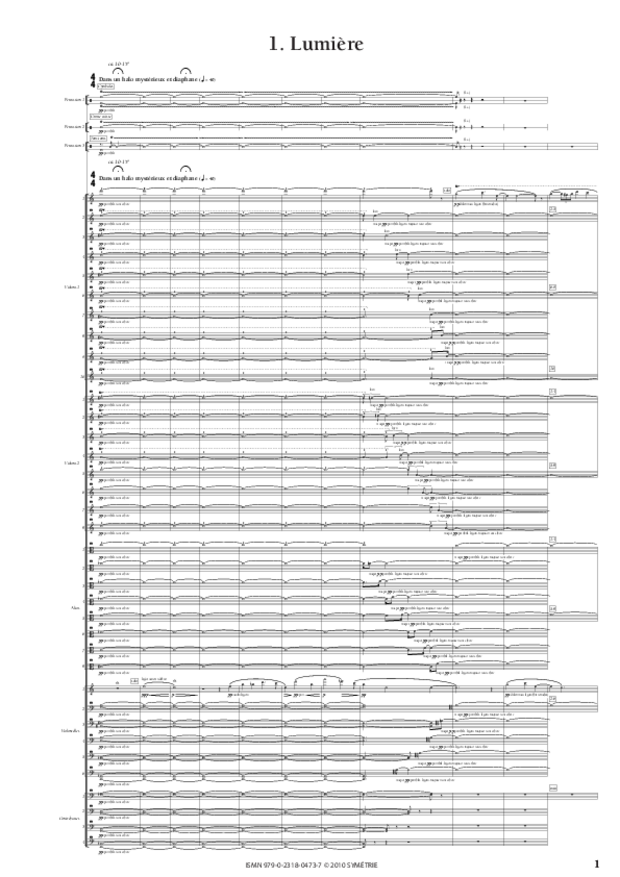 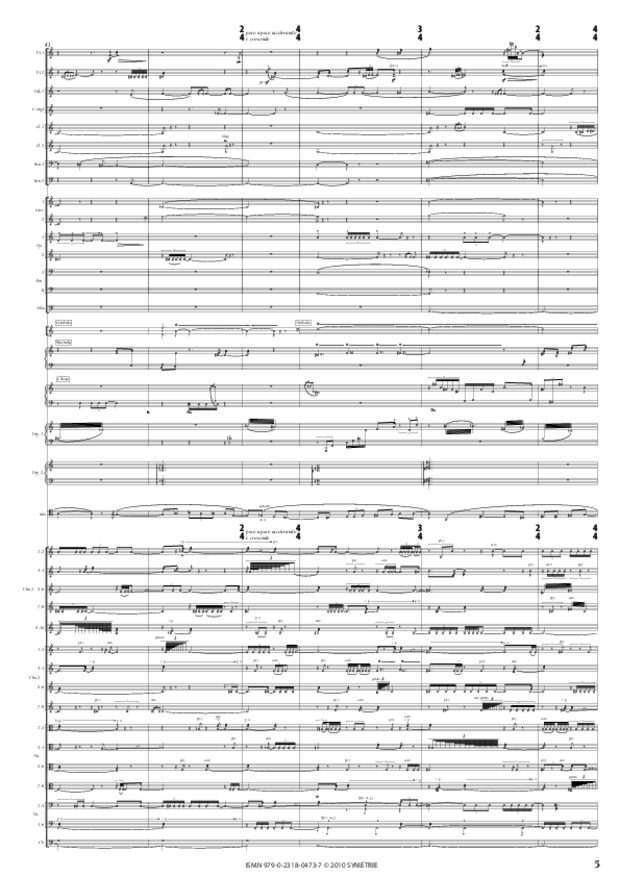 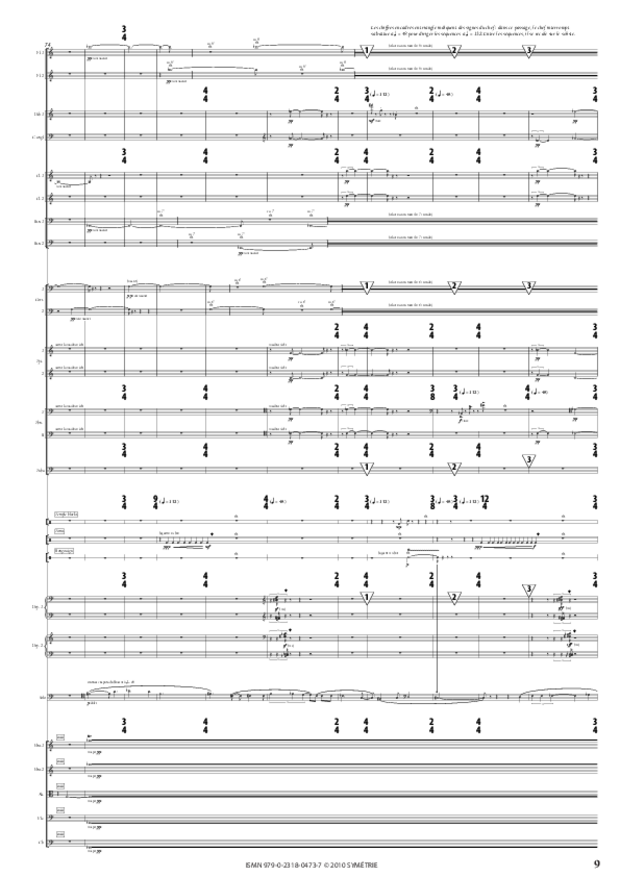 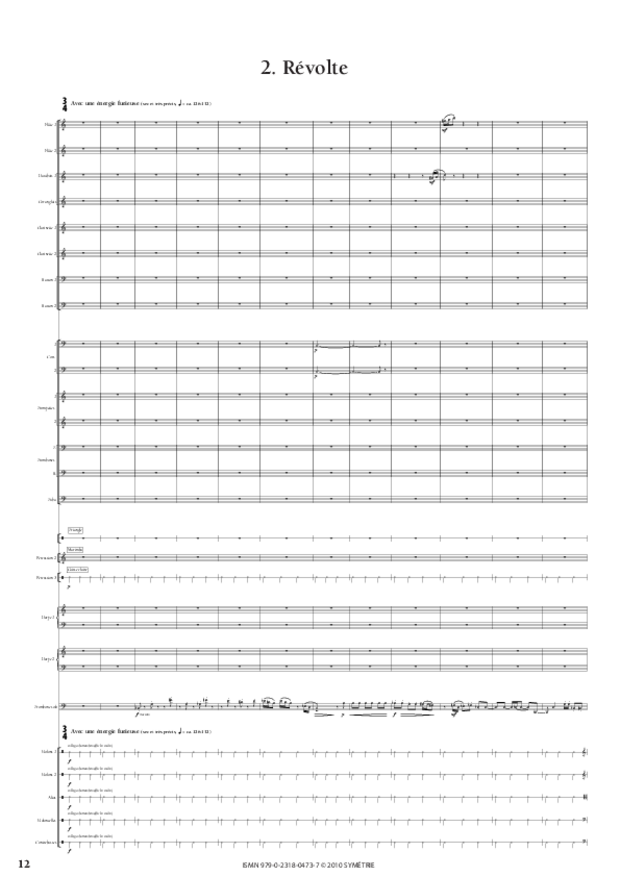 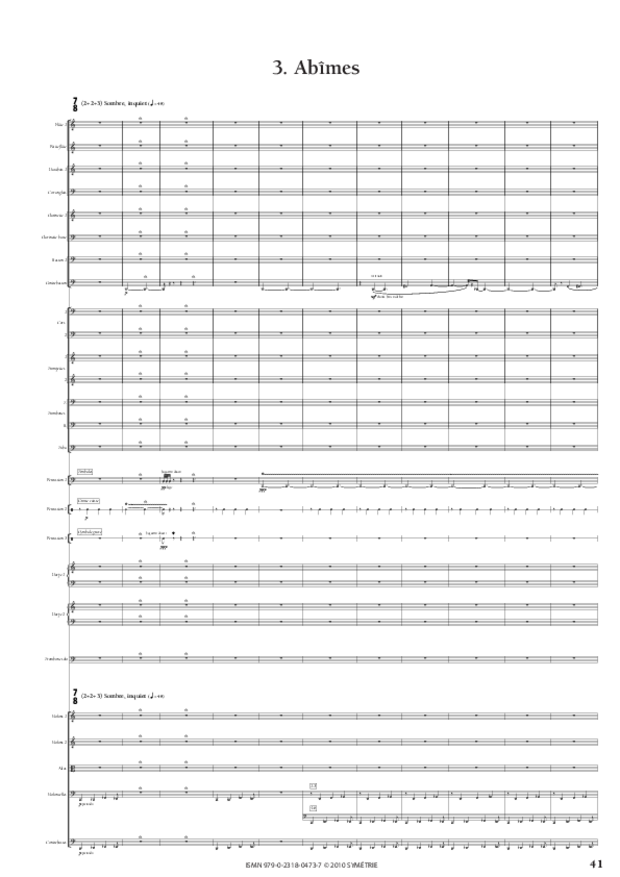 John Milton’s “Paradise lost” begins with the vision of Satan and his fainted angels in the burning lake of Hell after their vertiginous fall into the great Abyss. It is only after a few chapters that we learn, from the words of Raphael who came to warn Adam, the details of the rebellion of that angel about to epitomize darkness, after being the angel carrying the Light (Luci-fer).

This concerto for trombone, a true symphonic poem, traces the chronology of that biblical event described with such an hallucinating strength by the 17th century English poet.

A soft strings cluster – the kingdom of Heaven bathed in light – sets up the scenery and introduces the solo voice of the cello. The doubt is set on a chord played by the whole orchestra, then the protagonist unveils another side of his face, and his transforming voice makes room for the trombone, twin brother of the cello. The trombone goes on singing in a more and more tormented orchestral environment.

Then the “Light” of the first movement, with rather diatonical colours, progressively changes into “Rebellion” through a section with superimposed different tempi.

This very fast second movement is a twelve-tone fugue, whose successive developments represent the fights between the army of the rebellious angels against the seraphims (mass movement, violent crashes, panting rests and frenzied rounds of fights) until the intervention of the Son (harmonic blocks from the brass section) pushing away the rebels to the boundaries of Heaven and precipitating them in a 9-days lasting fall.

The soloist cadenza comes in a low and roaring sonorous magma: this is the voice of the defeated angel, regaining consciousness.

“Abyss”, the third movement, is a heavy and painful march in which Satan awakes his army and inaugurates his Pandoemonium. Evil has from now on its monarch.

Is there anything more topical and closer to the modern man than the destiny of this fallen angel? He refuses to consider himself as the creature of a superior power, his foolish pride persuades him to be at least the equal of the Creator. The awareness of his free will blinds him and he eventually sees himself as the Master of the Universe and rebels against the established order. In a certain way, when Nietzsche declared at the end of the 19th century the death of God, did it not leave mankind without any spiritual certainty and did it not push it off into a new large abyss: the revelation that life’s meaningless?

This work has been written for trombonist and cellist Fabrice Millischer to whom it is dedicated with friendship.

A recording of La Chute de Lucifer is available at perc.pro.