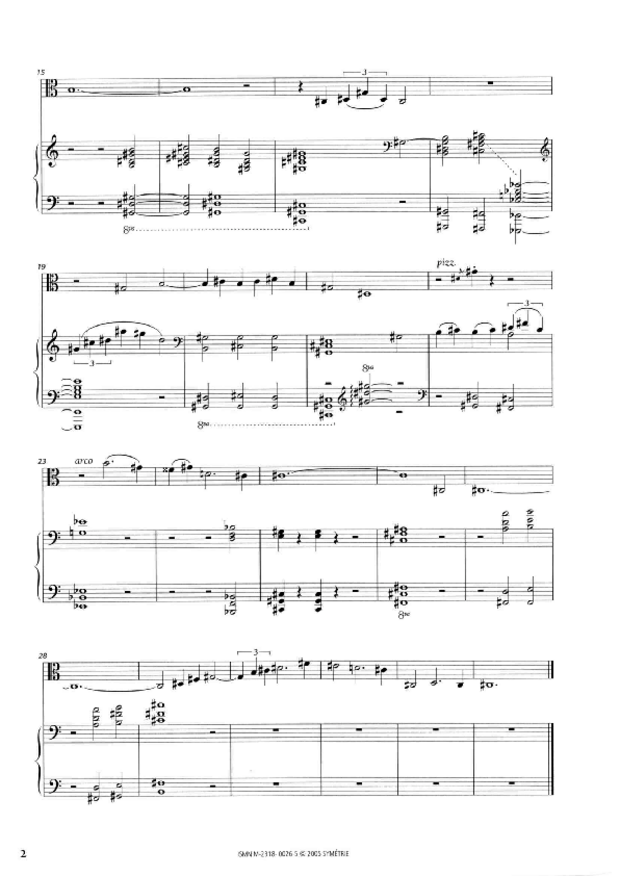 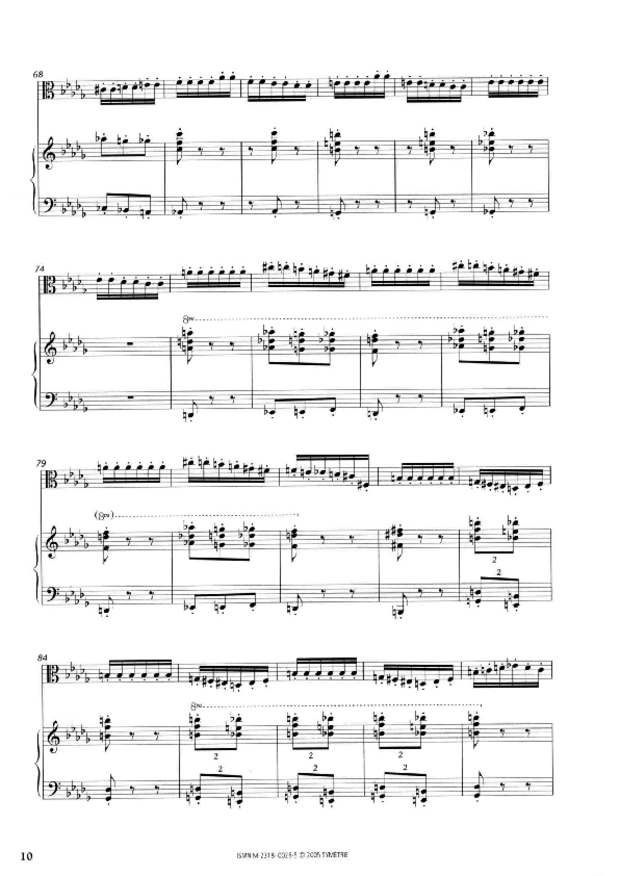 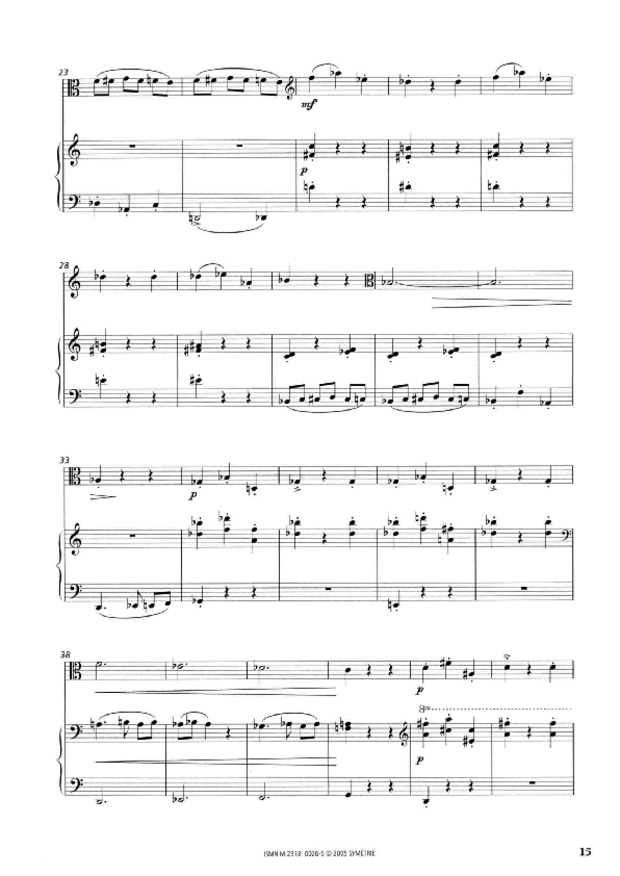 Jean-Pierre Sciau, in this beginning of the 21st century, is enriching the repertoire for viola with a sonata in its primitive form in 4 movements.

Refering to the masters of the Enlightenment, he thus perpetuates the so-called “da chiesa” sonata and writes a first movement in the tradition, an adagio with an accompaniment close the the continuo bass. No doubt inspired by Gerswhin, Jean-Pierre Sciau pays him a tribute distilling a quotation of Porgy and Bess in the bars 19 and 20.

The Rondo, traditionally the third movement of a sonata, is named Maestoso, and consists of a chorus with two verses.

A Divertimento follows, playing the role of the Minuet or the Scherzo, a 3/8 with an alert and refined writing, carrying away the interpreters in the dark tonality of B flat minor, confirmed by a rhythmic ostinato, unchanged until the end of the movement.

Finally, Jean-Pierre Sciau revives the baroque form, thanks to a French dance, a “Gaillarde” at a traditionally very fast tempo.