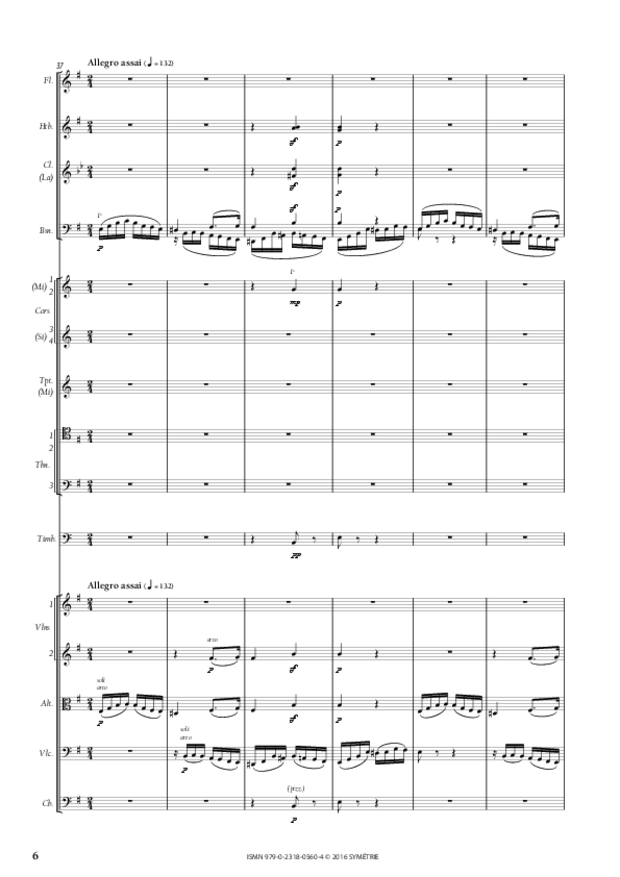 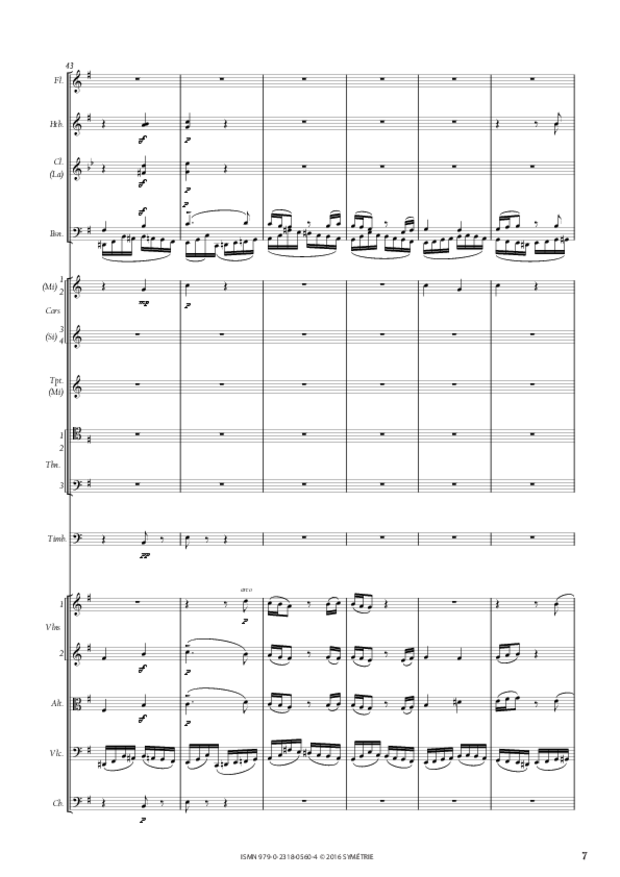 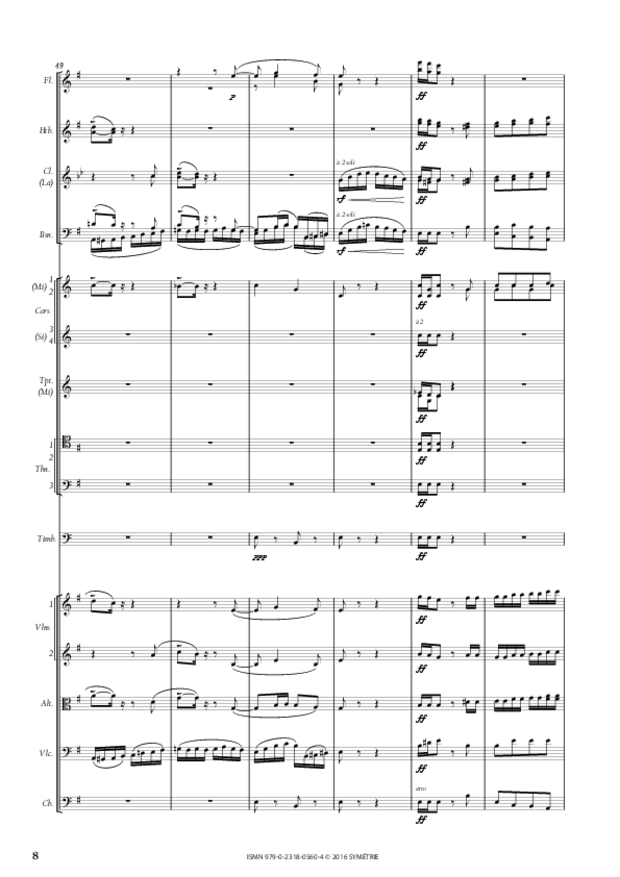 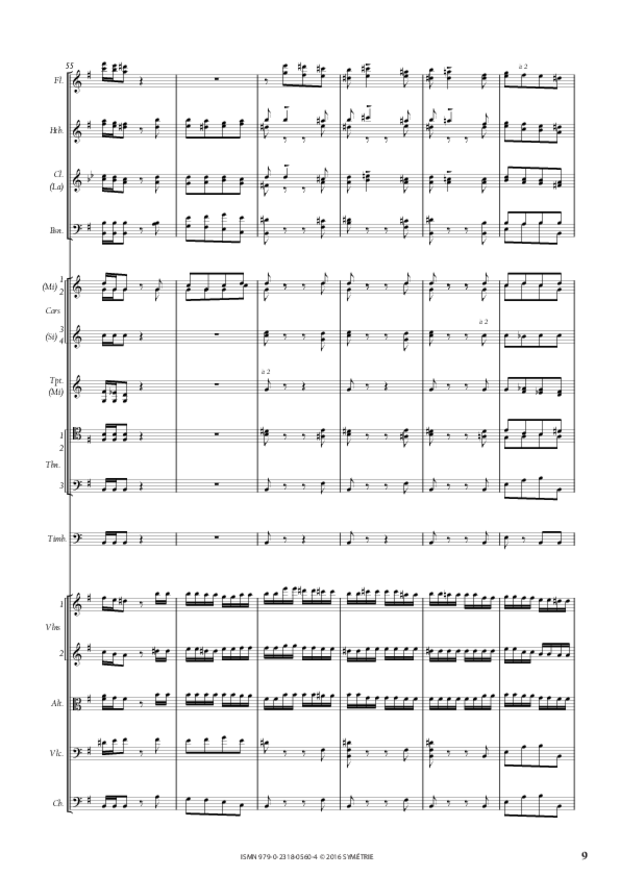 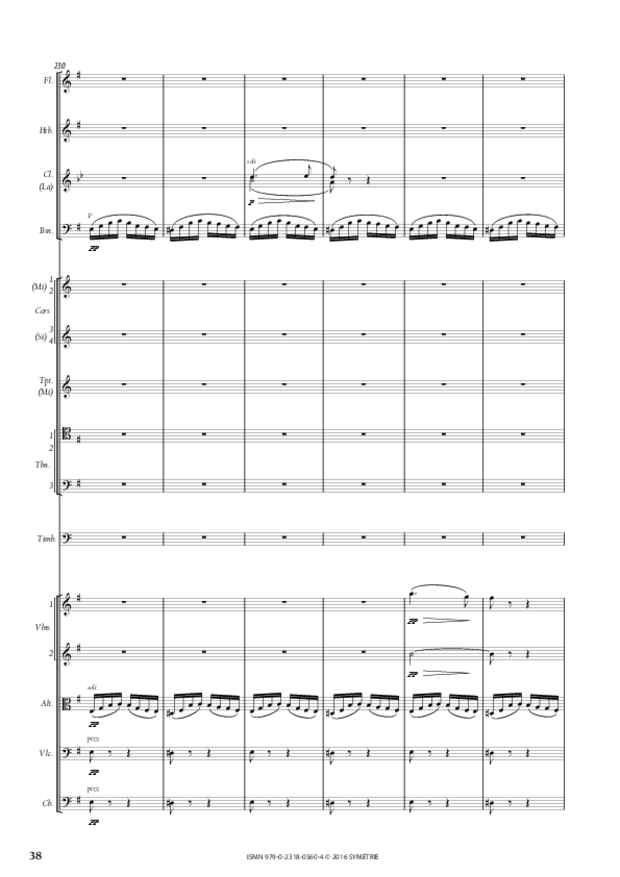 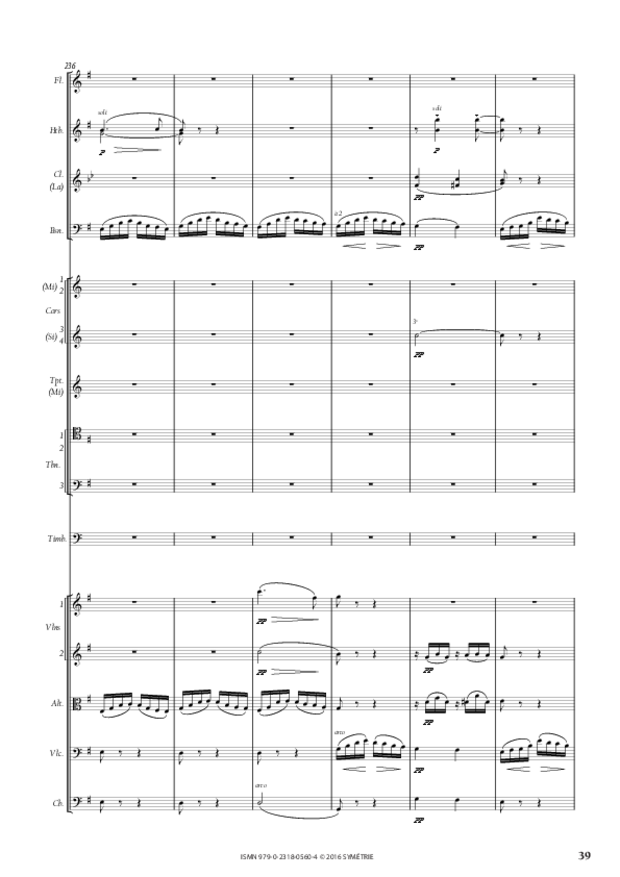 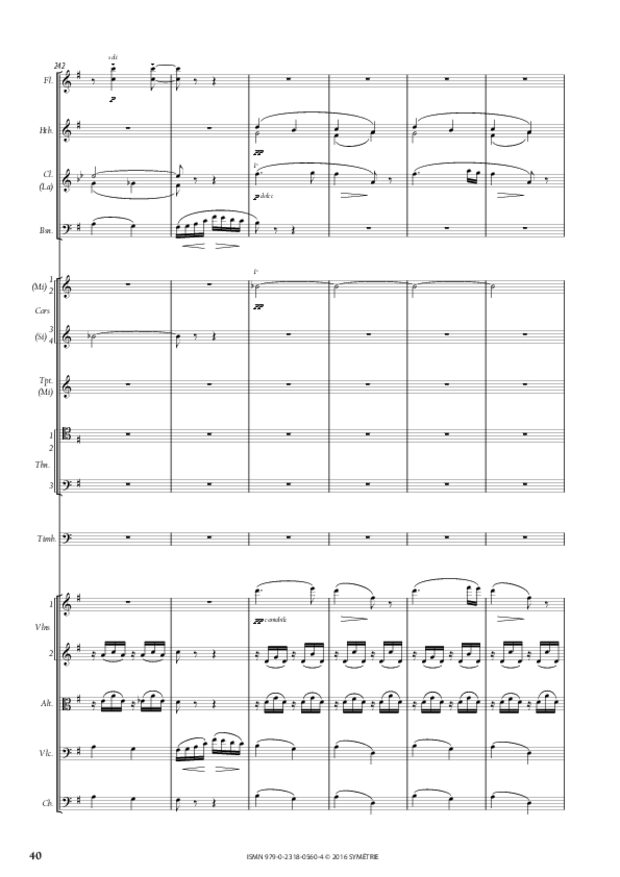 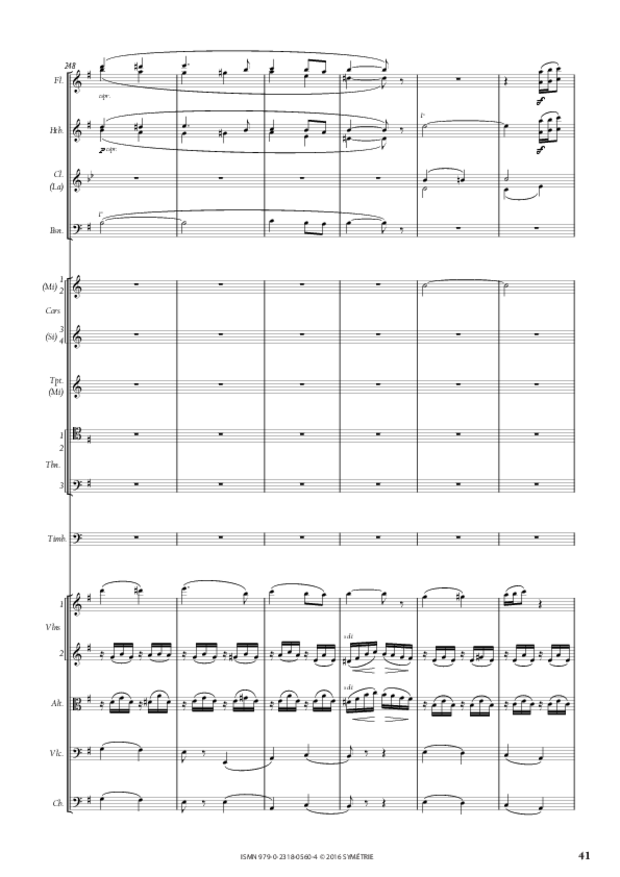 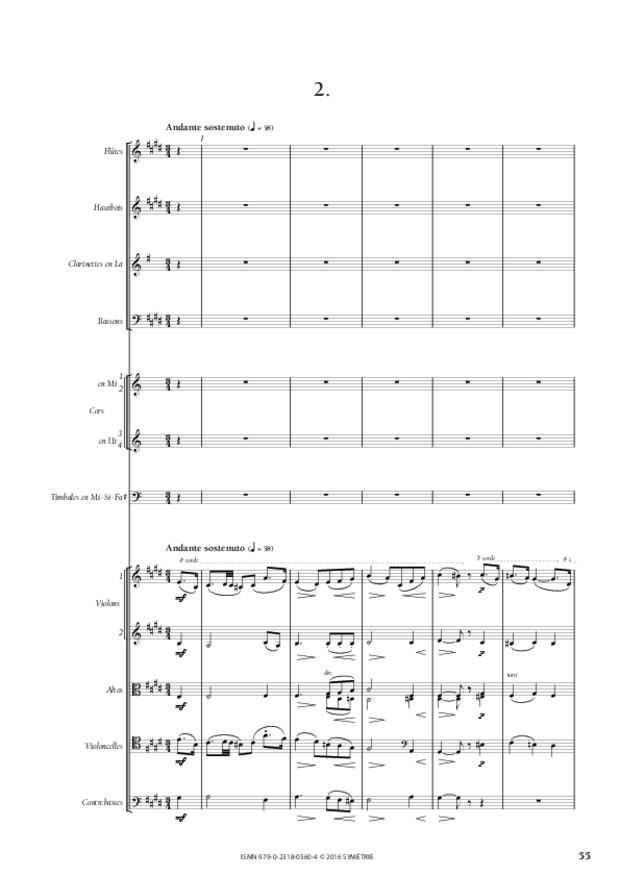 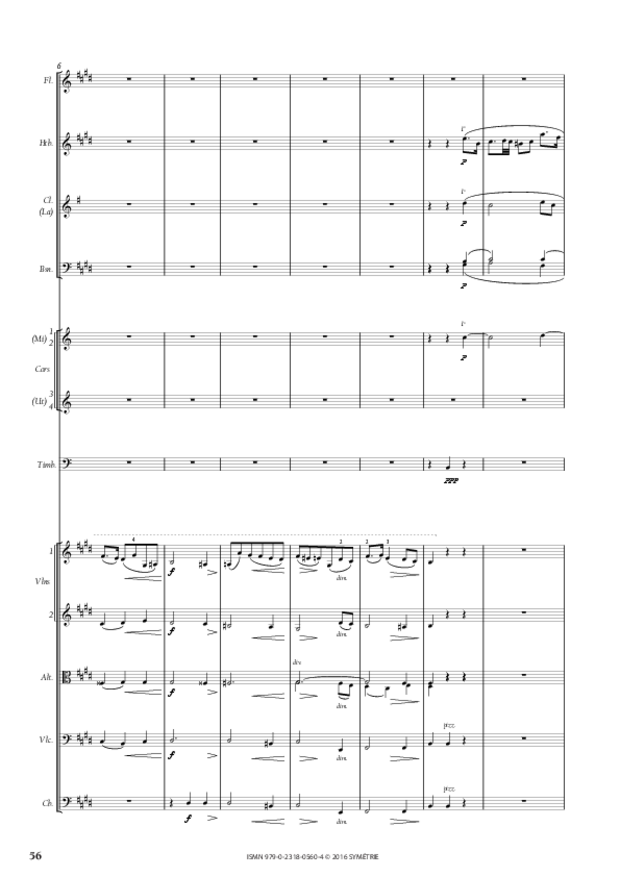 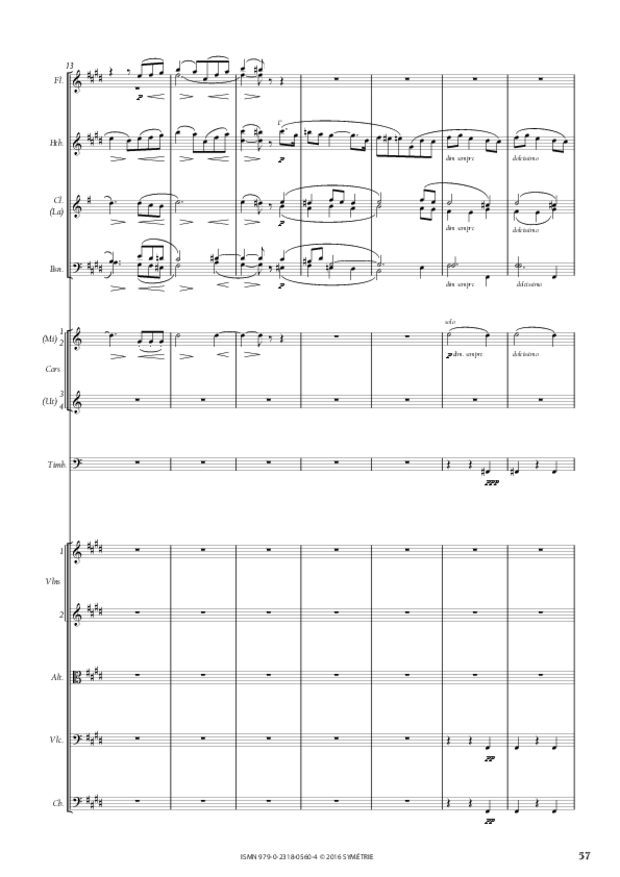 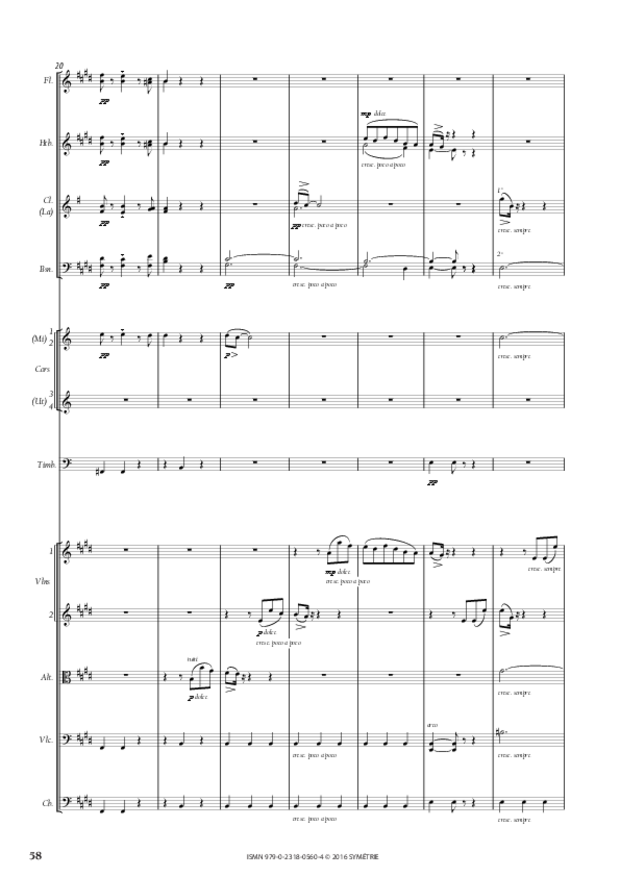 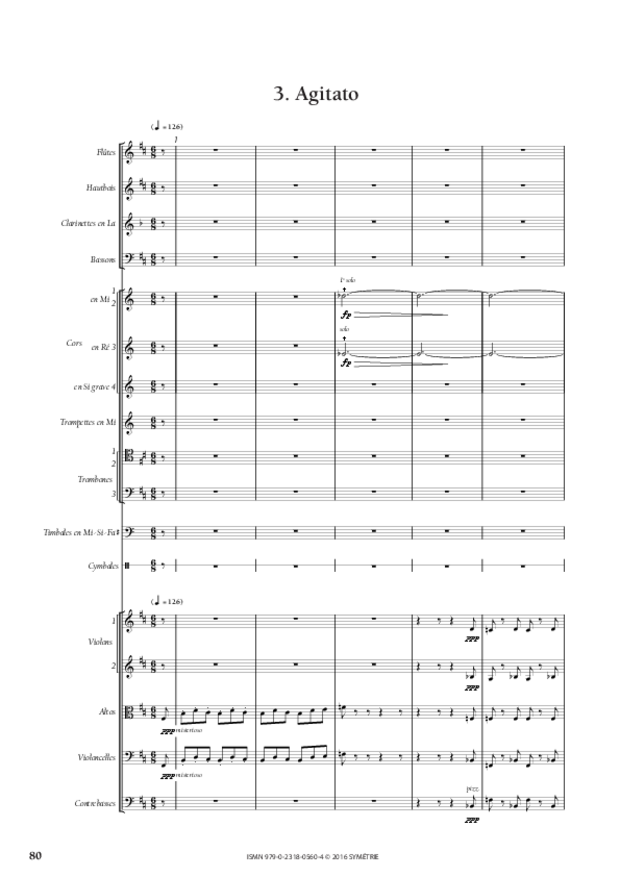 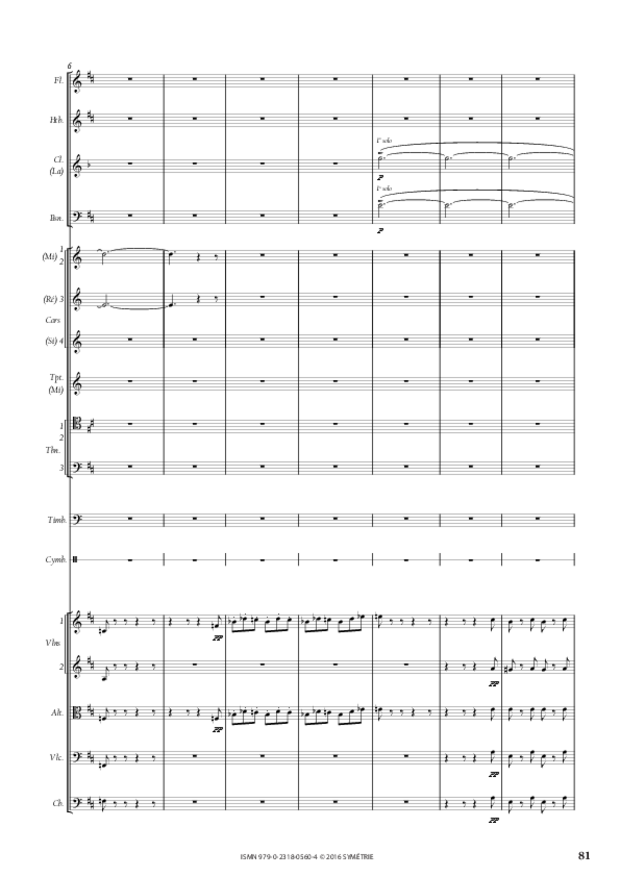 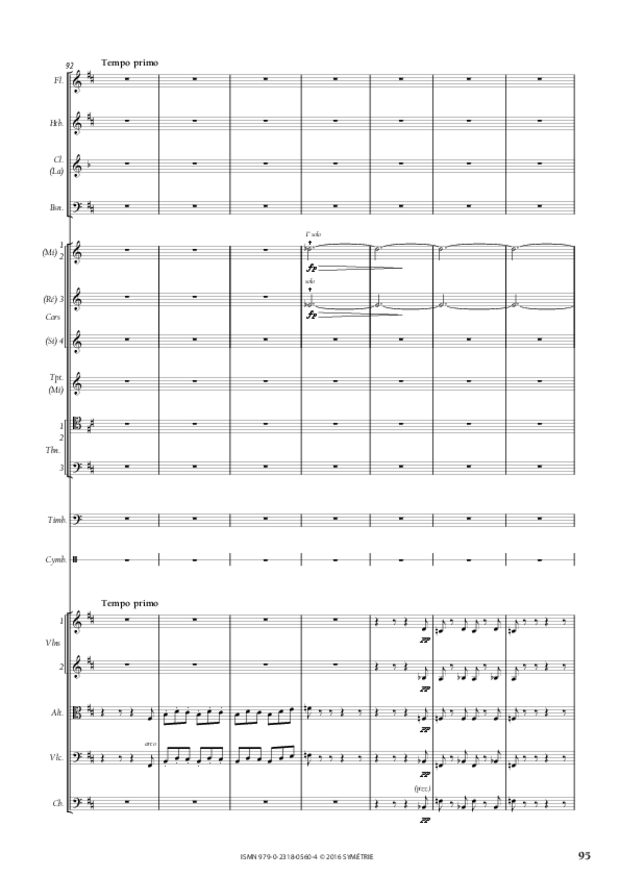 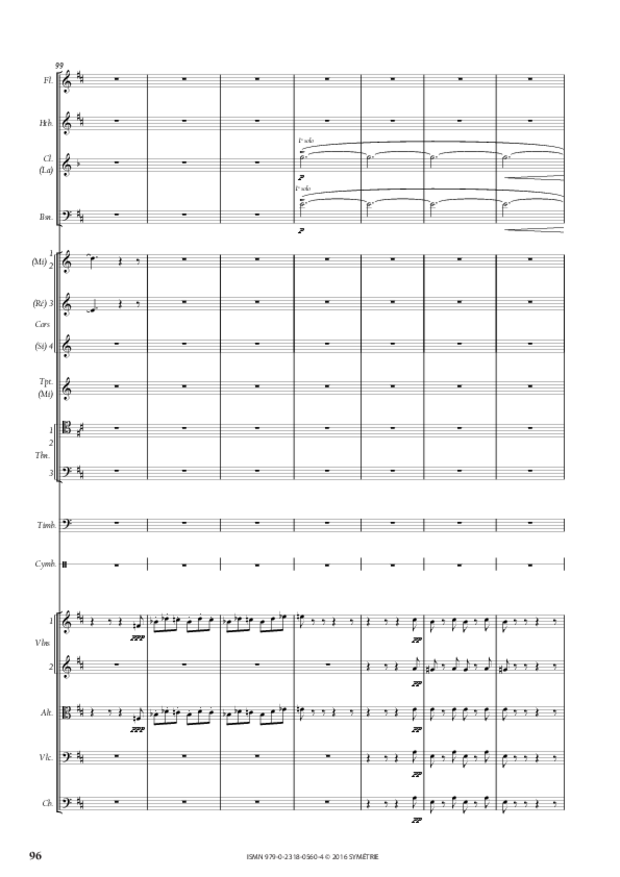 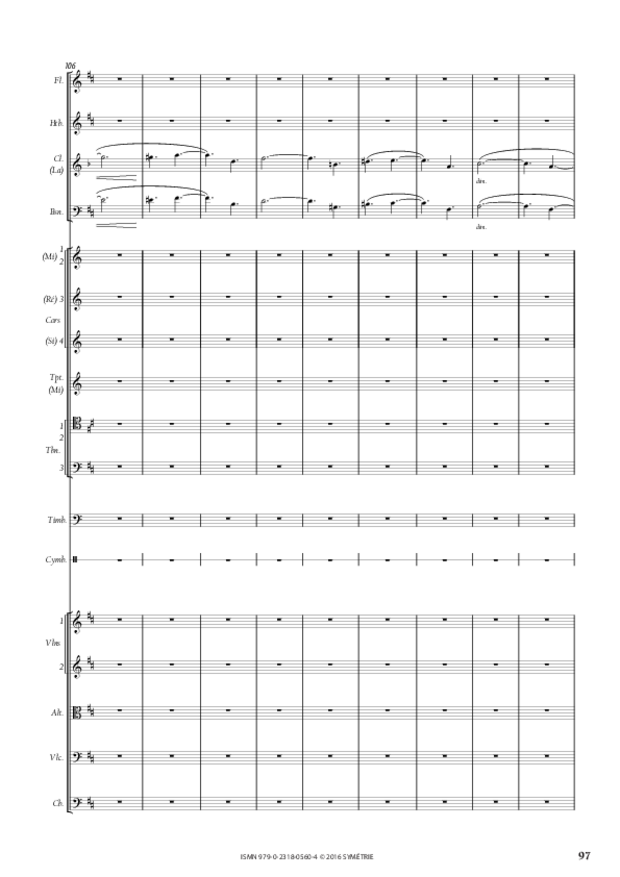 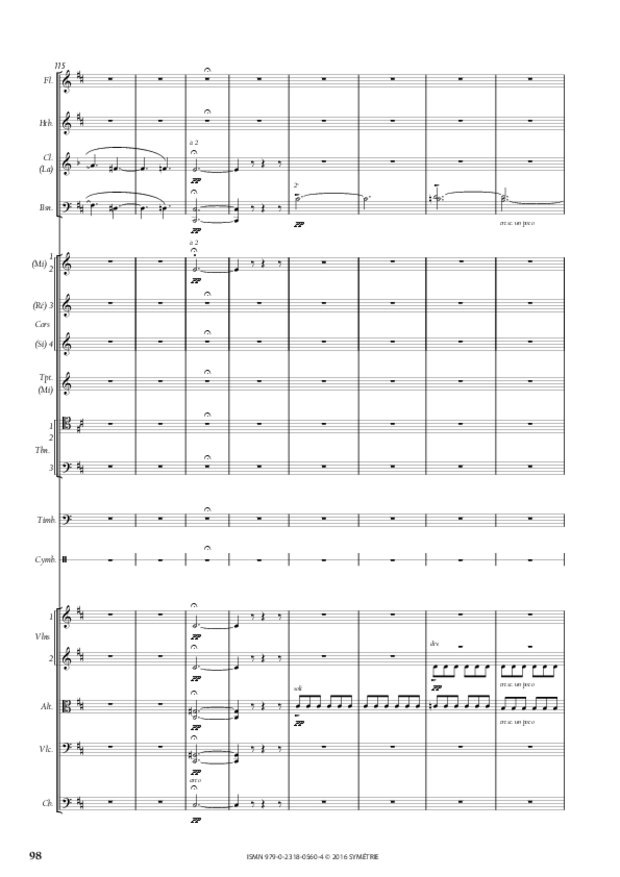 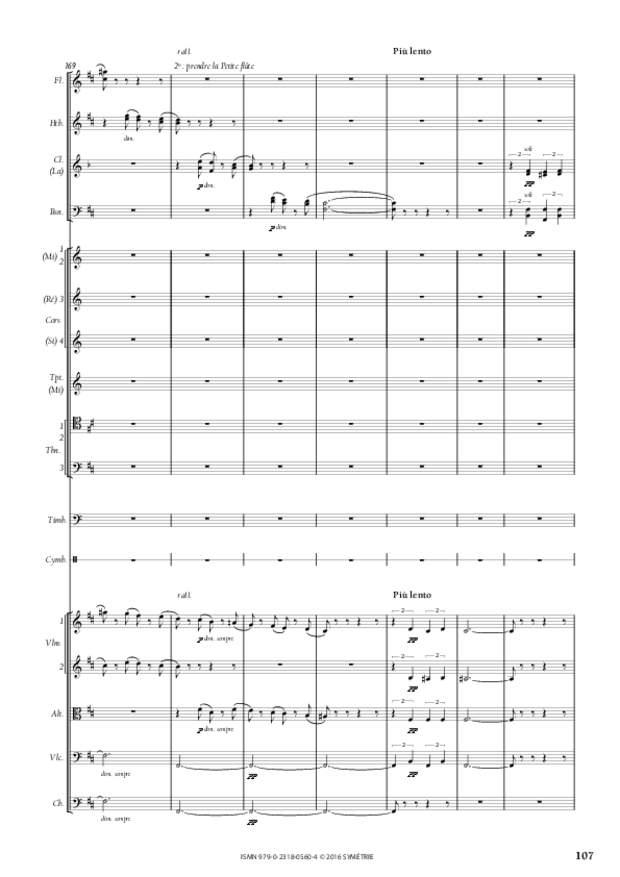 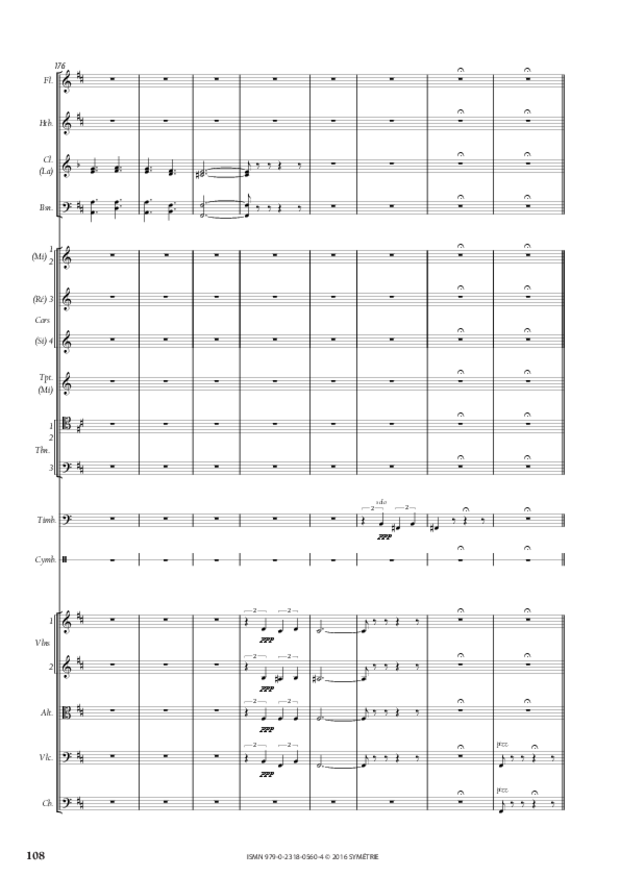 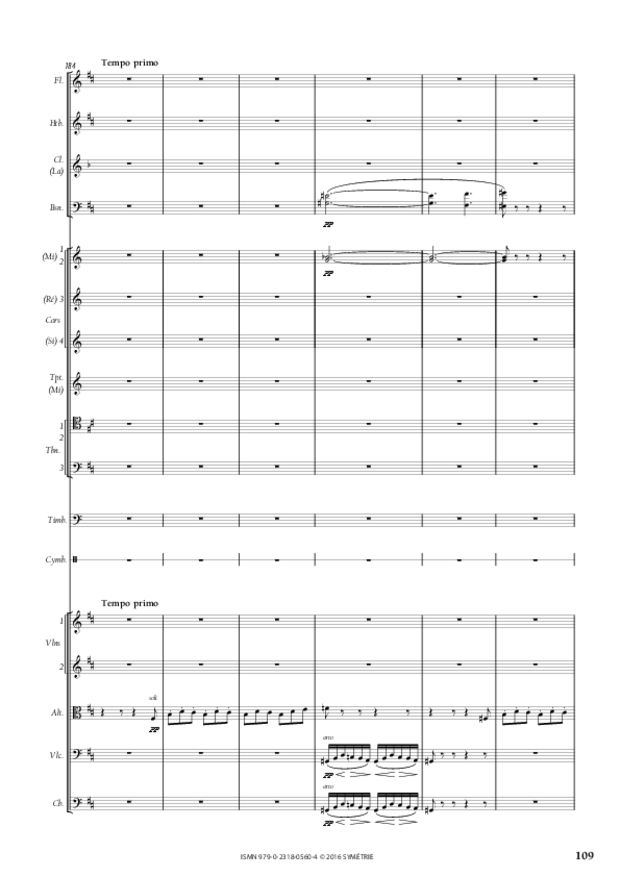 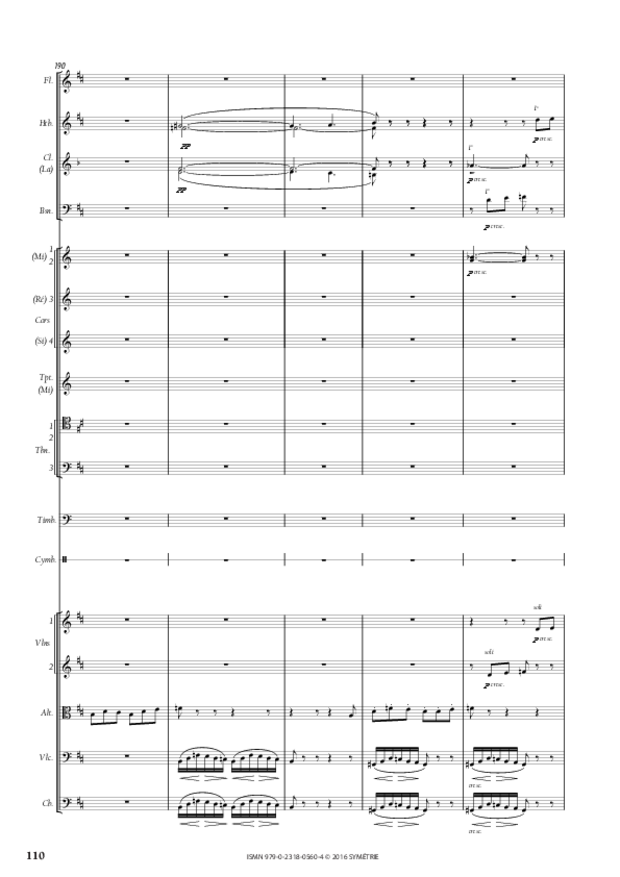 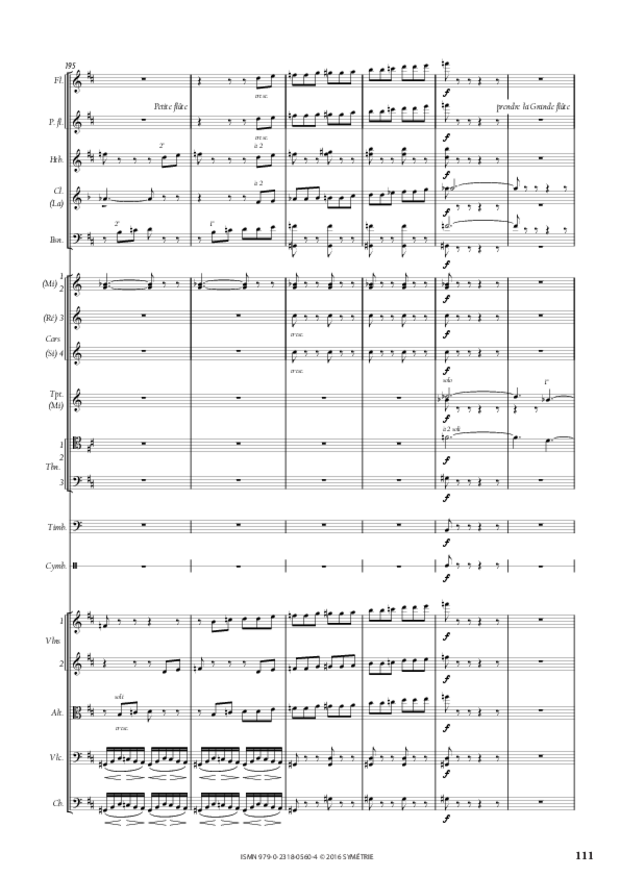 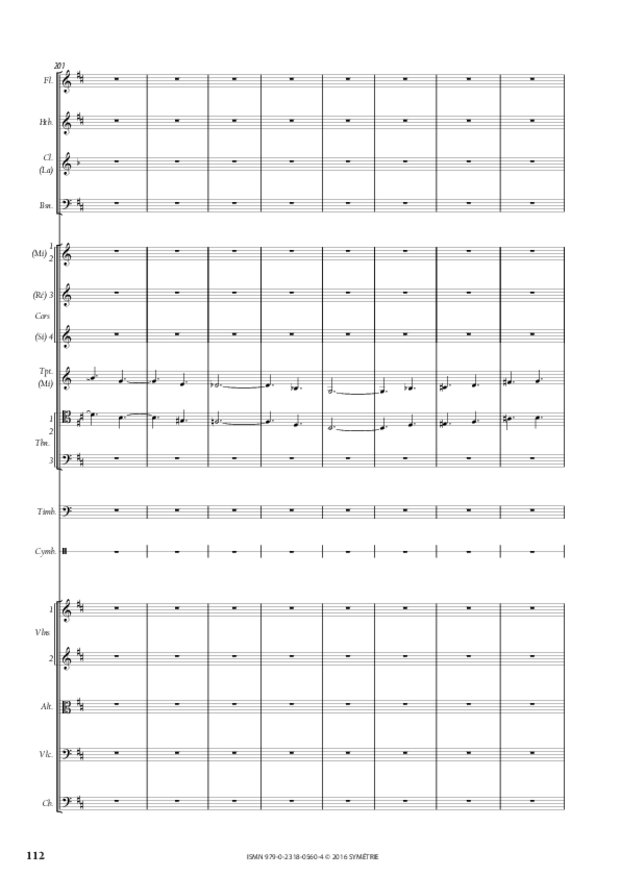 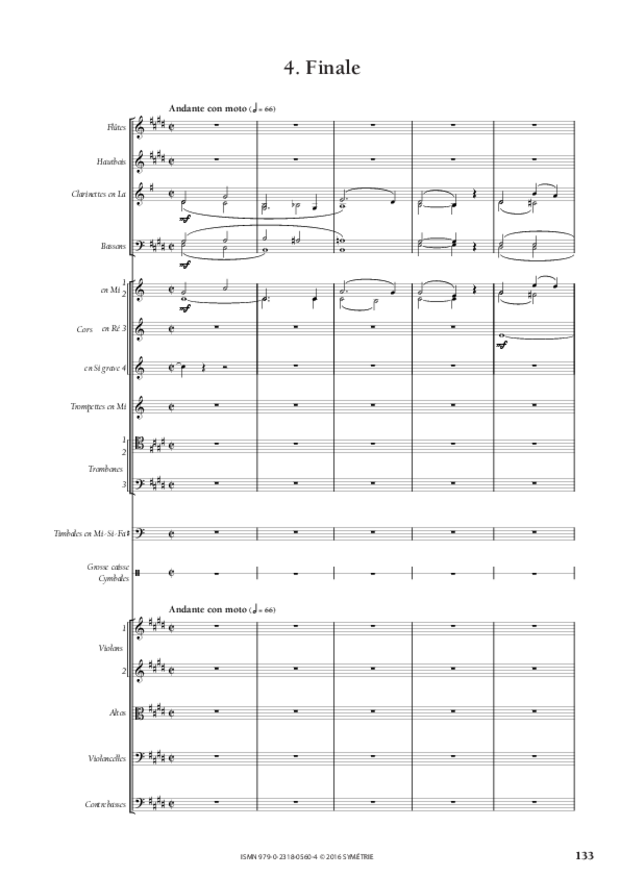 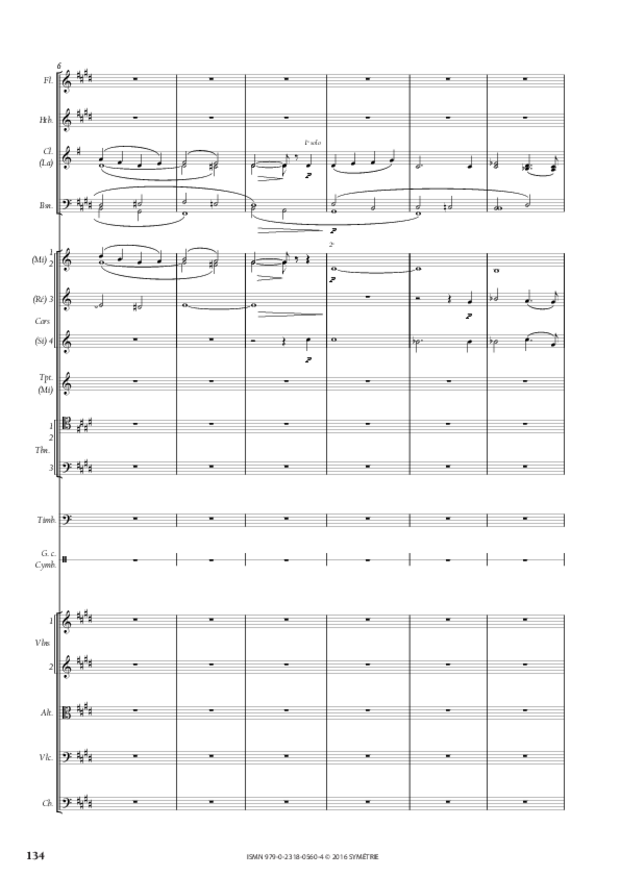 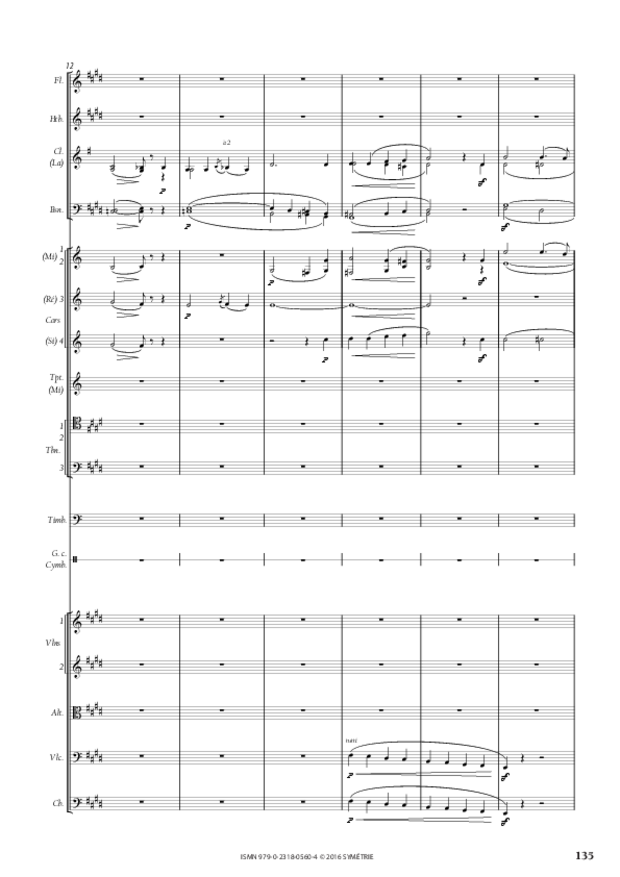 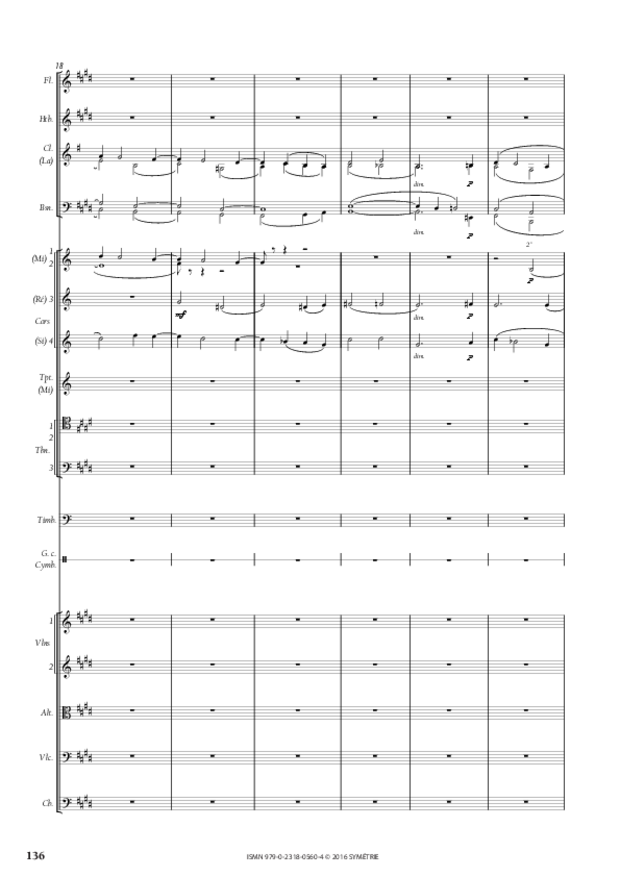 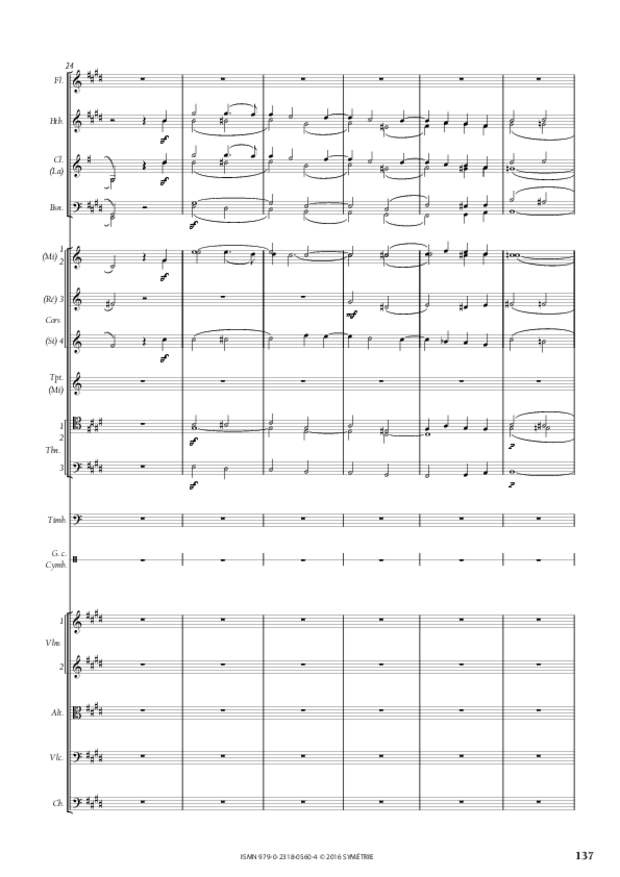 Created on 9 March 1873 at the Concert national, the Symphonie romantique by Victorin Joncières enjoyed a real success. The 33-year-old composer was well-known for his dramatic works given at the Théâtre-Lyrique and at the Opéra, but barely for his orchestral music. In this experimental work for his instrumental writing, Joncières displays a style integrating the wagnerian innovations of color and form, and shows a real concern for the sound effect and the narration. The musical writing includes meditative and contrapuntal parts inspired by the German models. The piece is written for a romantic orchestra and is divided in four movements: andante-allegro, andante sostenuto, agitato and finale.

The first movement begins with an andante introduction in E minor, a kind of melancholic exposition written in a dotted pattern, repeated in echo between the sections. Then an impetuous allegro comes in, characterized by a eighth-notes continuous mat played by the celli and the bassoons. The agitated even ferocious feel is reinforced by the chromatic harmonies, the tuttis and the use of the full orchestral power.

The second movement, andante sostenuto, is all in delicacy and lyricism reminiscent of Mendelssohn or Schumann. The strings play the first theme then repeated by the woods, then the two sections join for the second theme. A central animato comes next in a once again narrative perspective interfering with this quietness.

The following agitato reconnects with the frenetic first allegro and astonishes by its orchestral colors. Without doubt, this is one of Joncières’ most ingenious part, original and fresh, clearly contrasting with the previous movement.

The finale is a grand chorale for the winds, first limited to clarinets, bassoons and horns, but progressively joined by the other winds until the entrance of the violins. It is a real tribute to Wagner, a clear reference to the Pilgrims’ Choir in Tannhäuser; the solemn and serious atmosphere keeps reminding us the deeply dramatic spirit of this work.

A real challenge, this Symphonie romantique is a symbiosis of the French and German styles. By its colors and its adventures, it can be linked to the then-dominating genre of the symphonic poem.