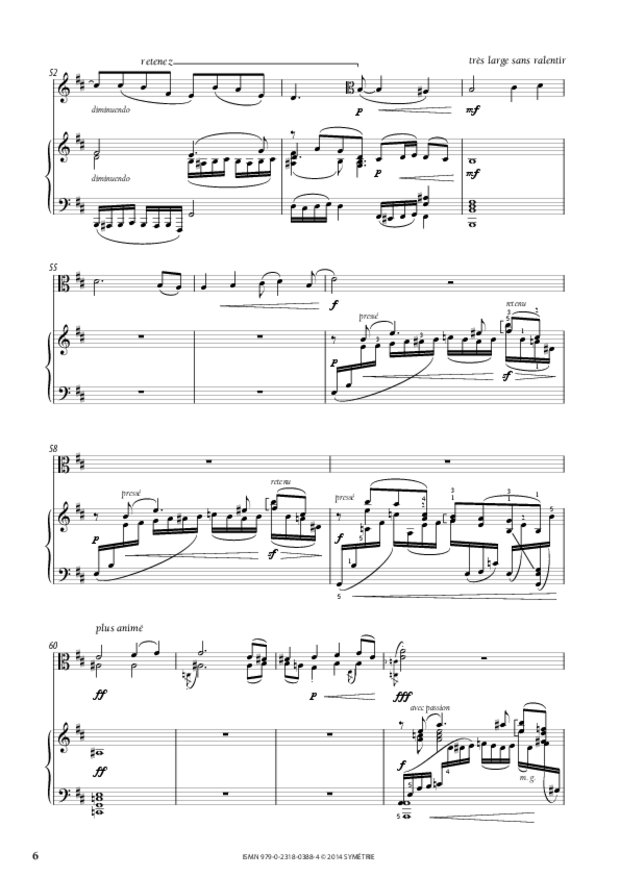 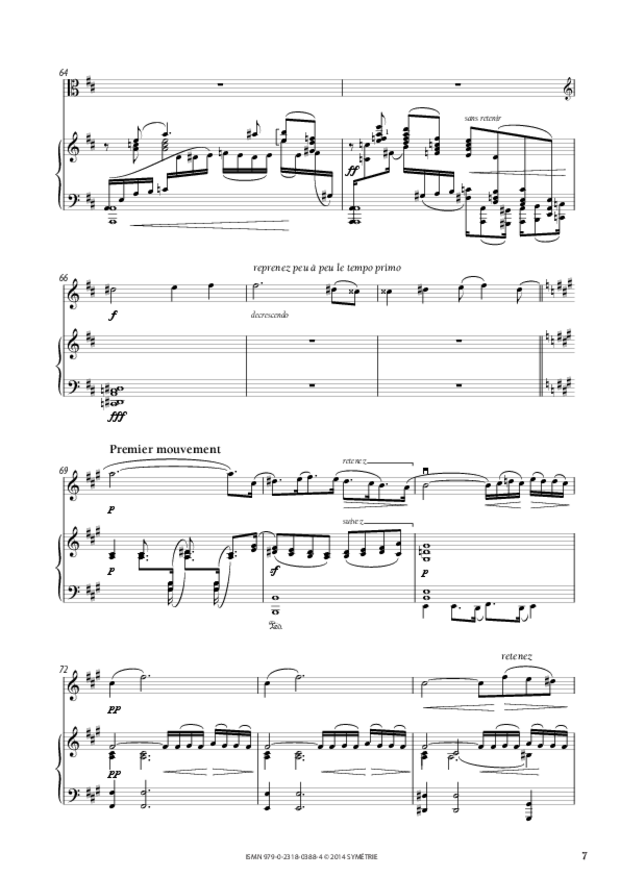 Learning at a very early age the piano and the violin and surrounded by brothers and sisters playing the piano and string instruments, Jean Cras quickly came to compose chamber music. First a piano trio, Voyage symbolique (Symbolic Journey), then three sonatas at the beginning of the 20th century: L’Esprit (The Spirit, for piano and violin), L’Âme (The Soul, for viola and piano), and La Chair (The Flesh, for cello and piano).

Shortly after, Jean Cras started to compose this Largo in F sharp minor in a first version for cello and piano. We have only few elements about this piece. In a letter to his family dated 6 December 1903 (at the time he was in Bizerte), he wrote: “My Andante for cello is almost done. Some days, I feel it is very good. In any case, whatever the sincerity of the feelings that are the essence of my writings, I feel that their expression is now more virile, more robust”. Would he be speaking of the Largo in F sharp minor? Certainly as there is no trace of another Andante for such instruments. The mention “November 1903” on different manuscript sources remains a mystery in this context.

The autograph manuscript upon which this present edition is based, is kept at the Médiathèque musicale Mahler in Paris. It is completed by several other manuscript sources, of which the separate parts of the violin and the viola prove that these two alternative versions truly are the composer’s wish.

Hence, this edition proposes three versions: for cello and piano, for viola and piano, for violin and piano. This piece, a short meditation in a lied-form (A-B-A’) was created by cellist André Lévy and Colette Cras, the second daughter of the composer, on 22 November 1934, two years after Jean Cras died. It has been recorded by Aleksandr Khramouchine and Alain Jacquon in Vincennes in April 2008 for Timpani Records, and its re-creation in concert took place during the 2013 Folle Journée de Nantes Festival on Saturday 2 February by Raphaël Pidoux and Vincent Coq.

A recording of Largo en fa dièse mineur is available on the Timpani label.