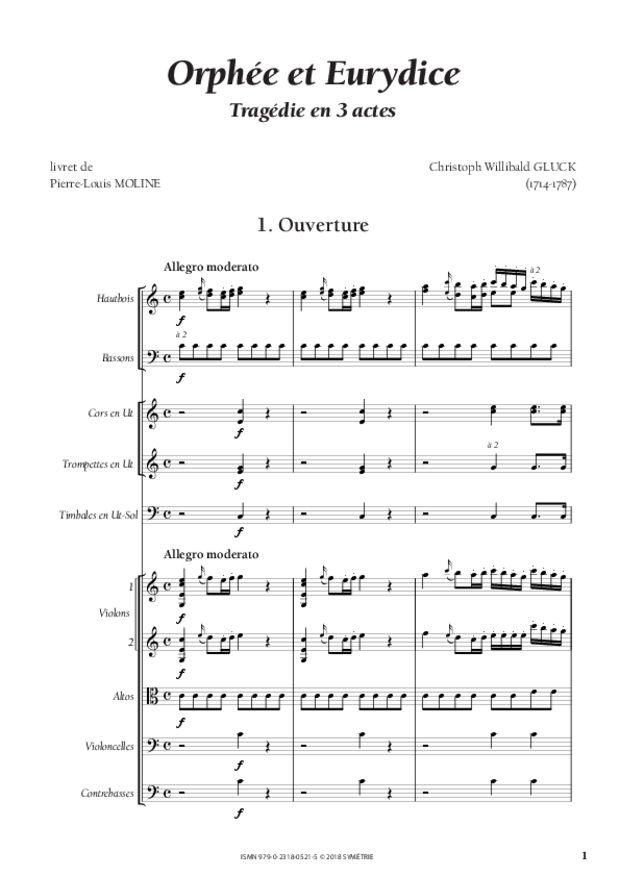 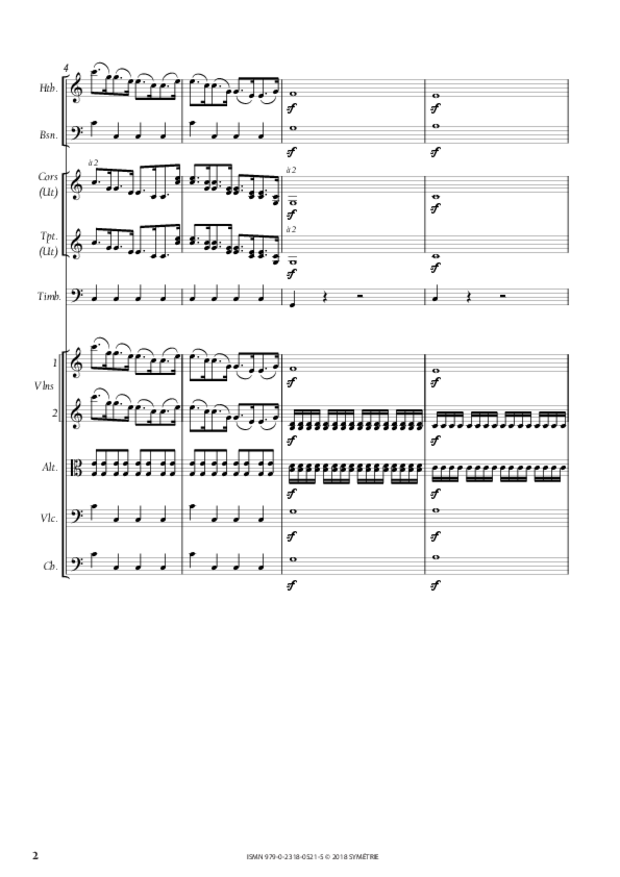 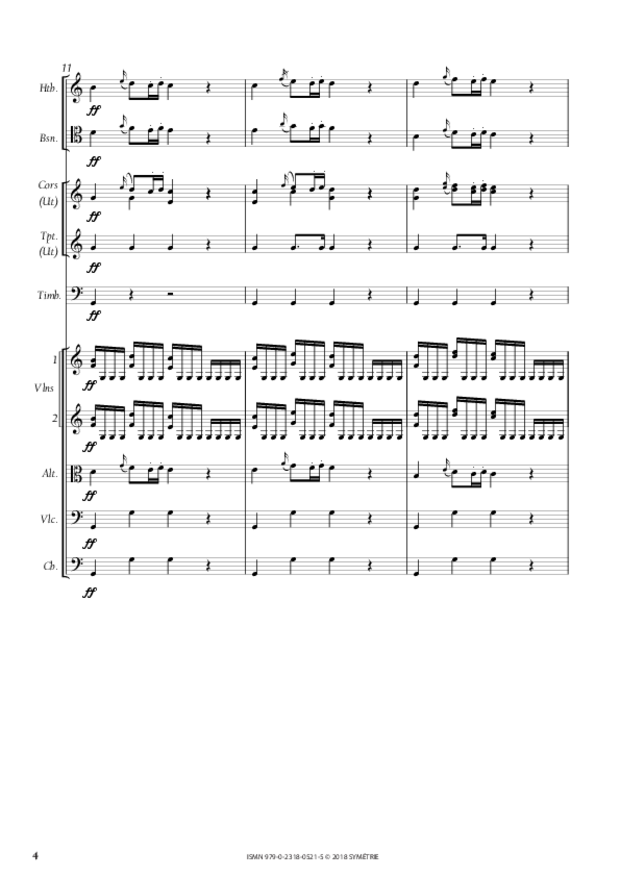 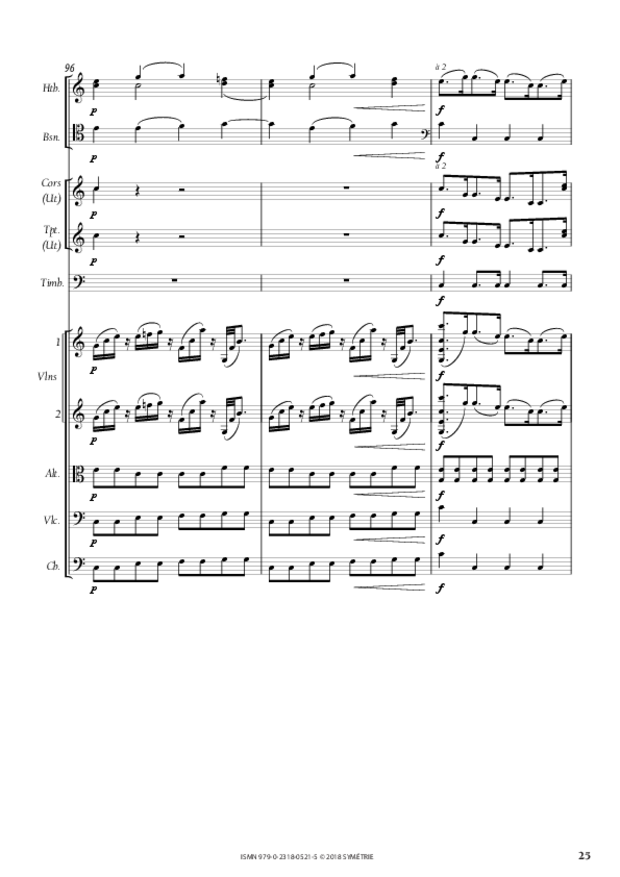 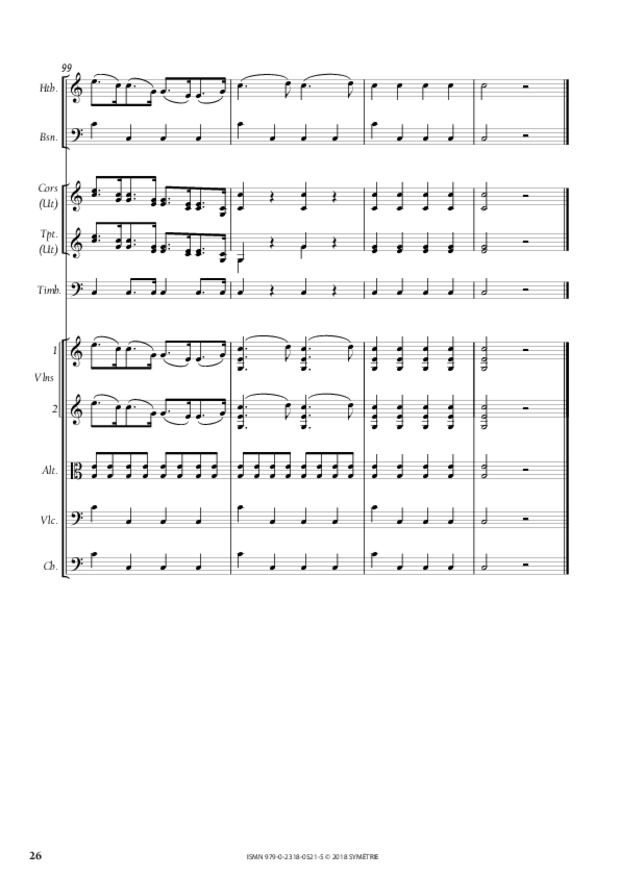 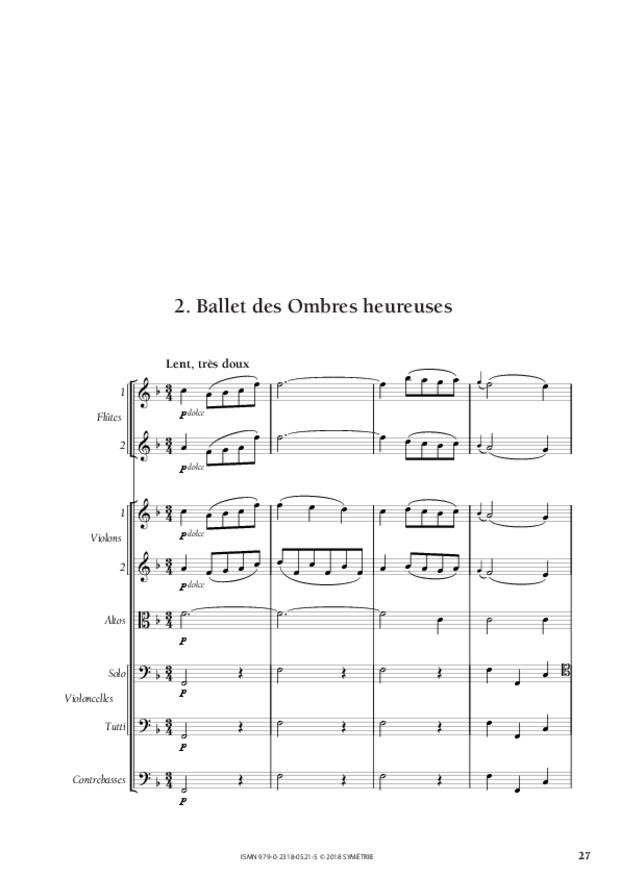 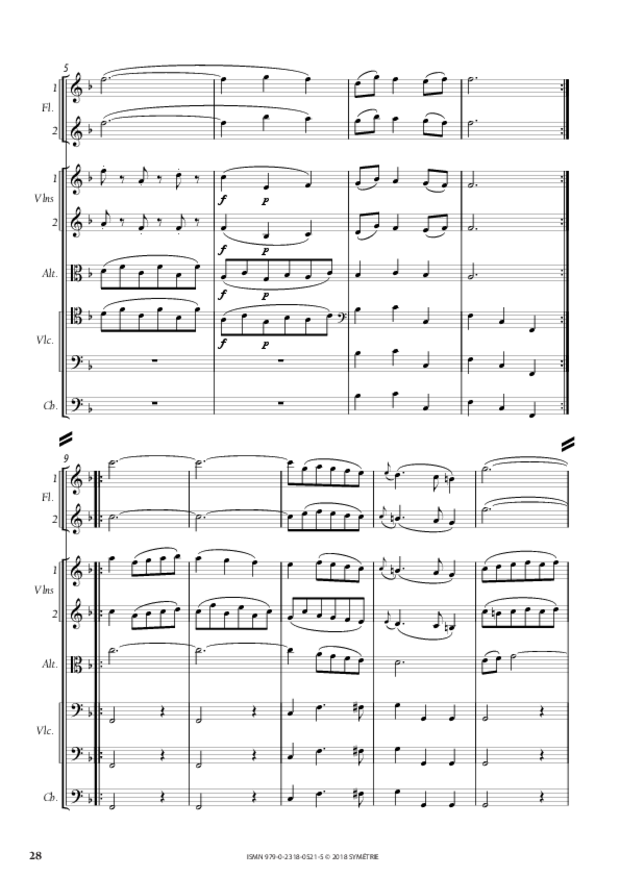 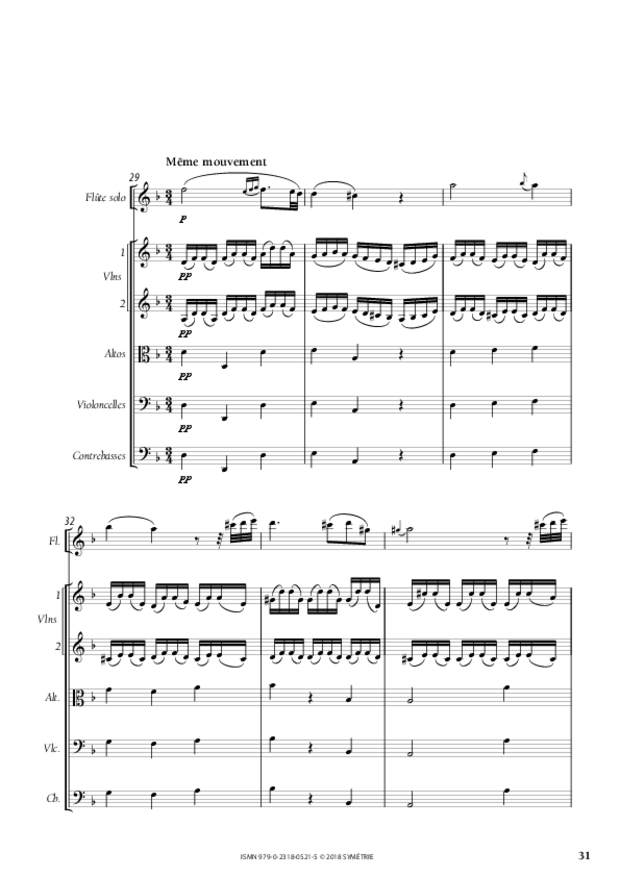 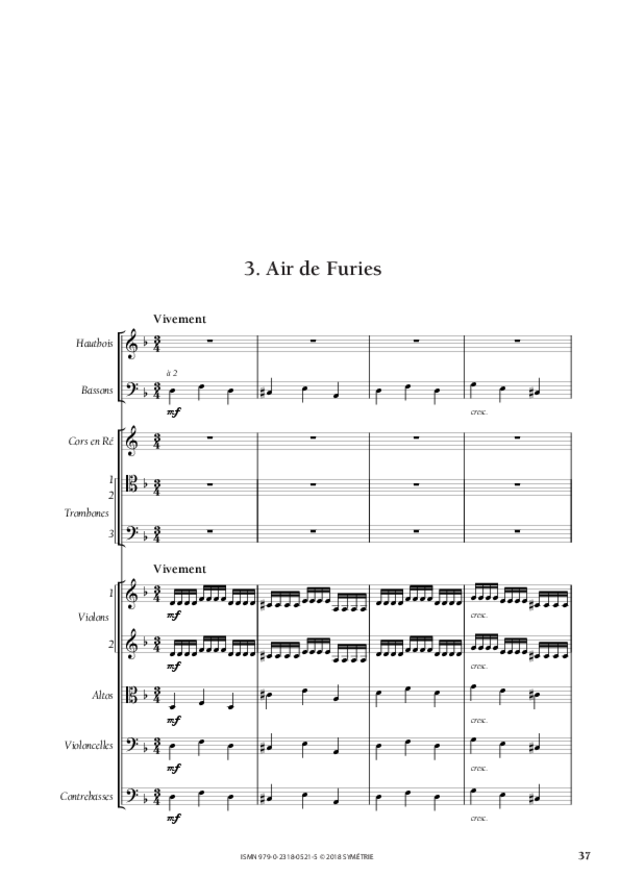 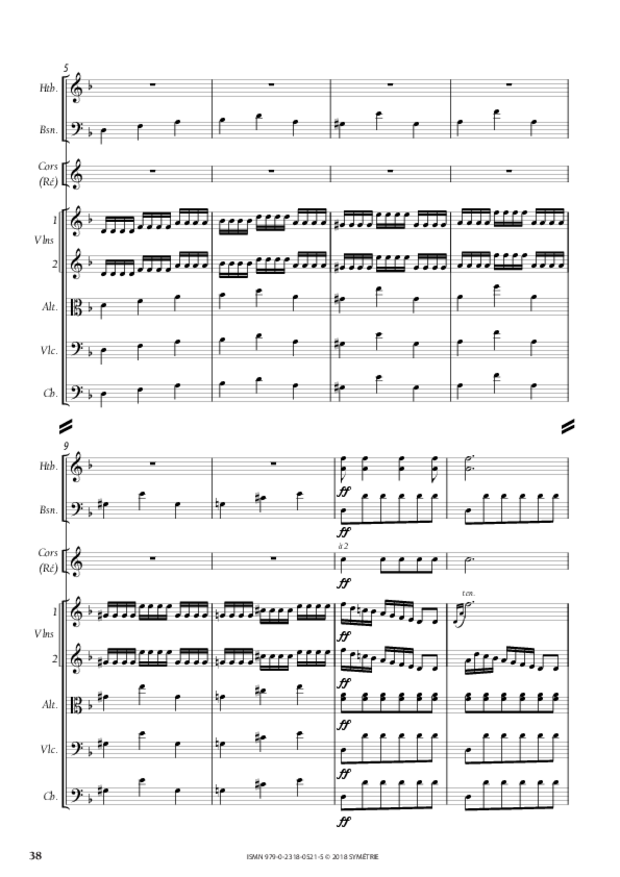 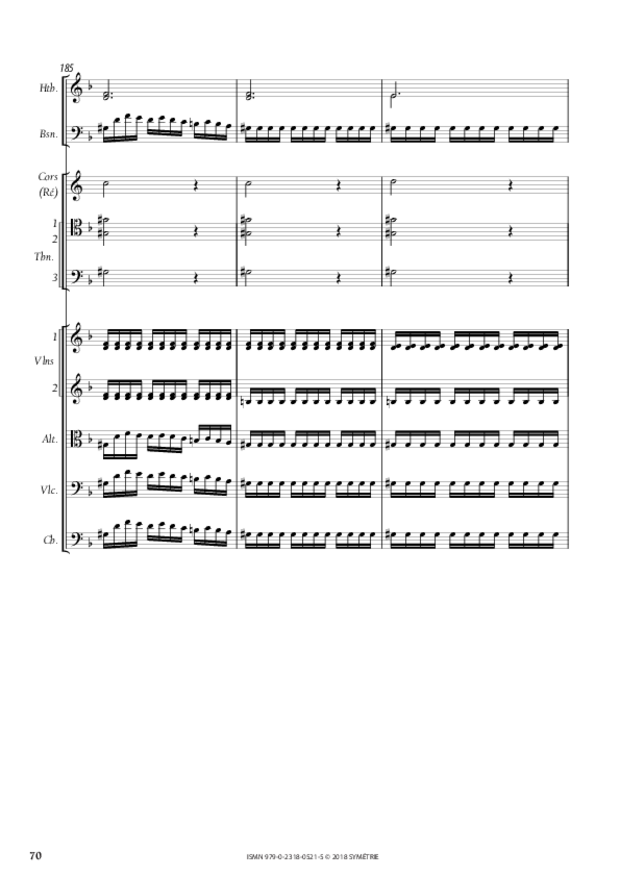 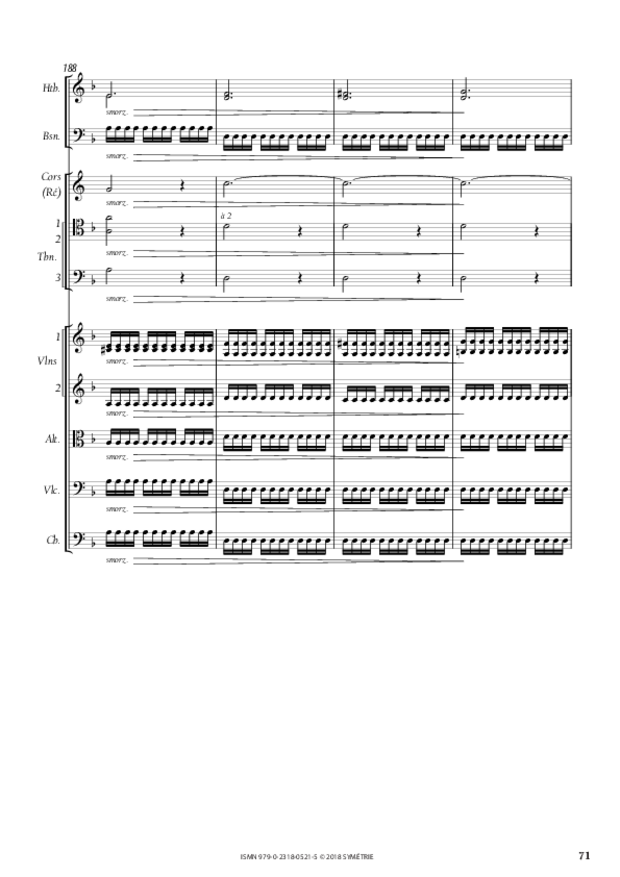 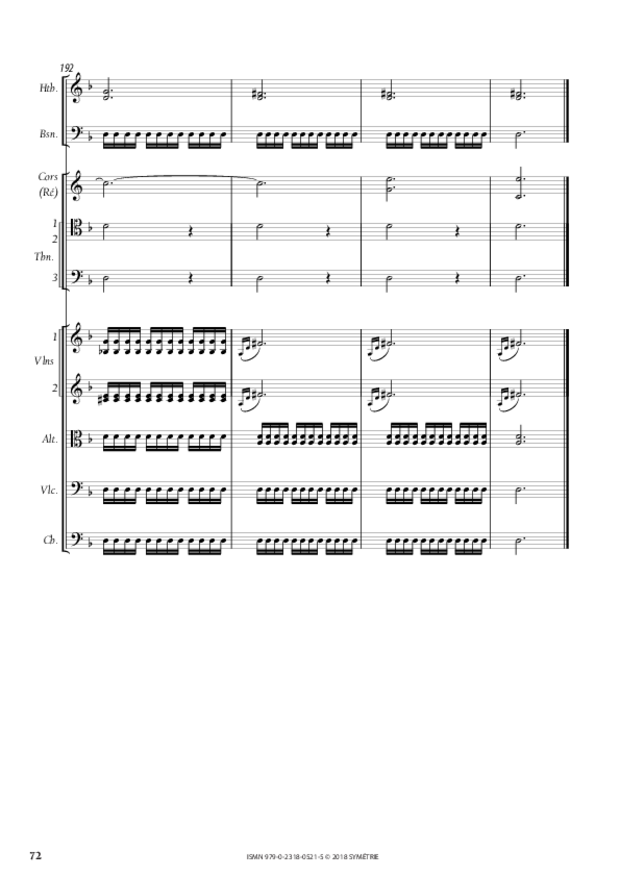 The 1774 score benefits from Gluck’s modifications, introducing original pieces and re-using ones from previous scores, especially in act 2. With its two antithetical scenes of the Underworld and then the Elysium, this act juxtaposes contrasted landscapes as well as emotions. The “Furies” aria, originally composed for the ballet Don Juan, concludes the first scene by a Dantesque dance of the evil creatures, before they disappear into the abyss.

Gluck once again was revolutionary by offering a frightening image of the Underworld through the use of frantic rhythms for the strings and consecutive dissonant chords intensified by the brass section. This “Furies aria” is all the more impressive for its contrast with the following piece, modified too for the French version. The “Dance of the blessed spirits” is a perfect introduction to the second scene, the Elysium. With a remarkable minuet in binary form with repeats, already present in the Orfeo ed Euridice, Gluck depicts an idyllic, peaceful and colourful landscape. The composer nonetheless added to the initial version a trio in D minor with the solo flute melody and “the fluent accompaniment of violins similar to the murmuring streams”.

The Overture is also separately available.