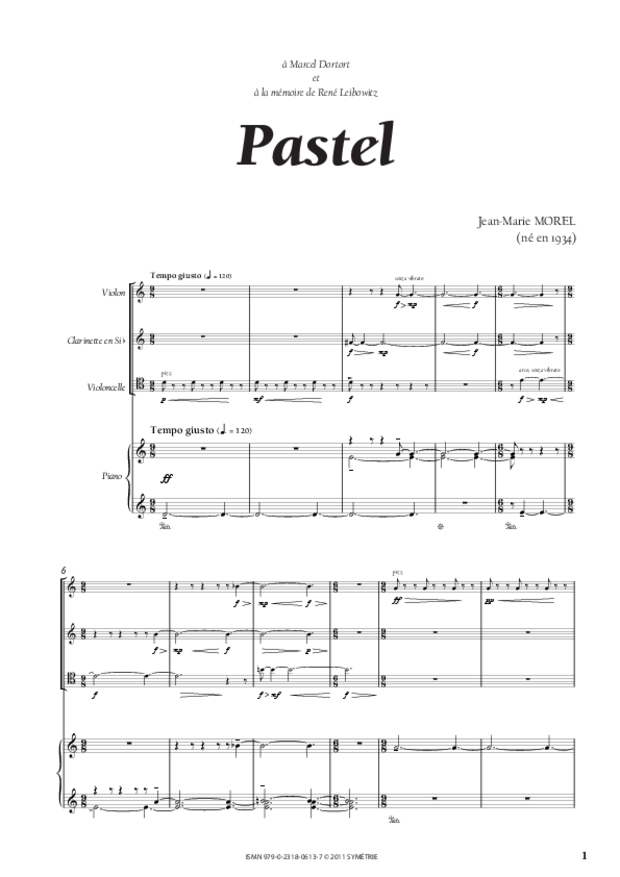 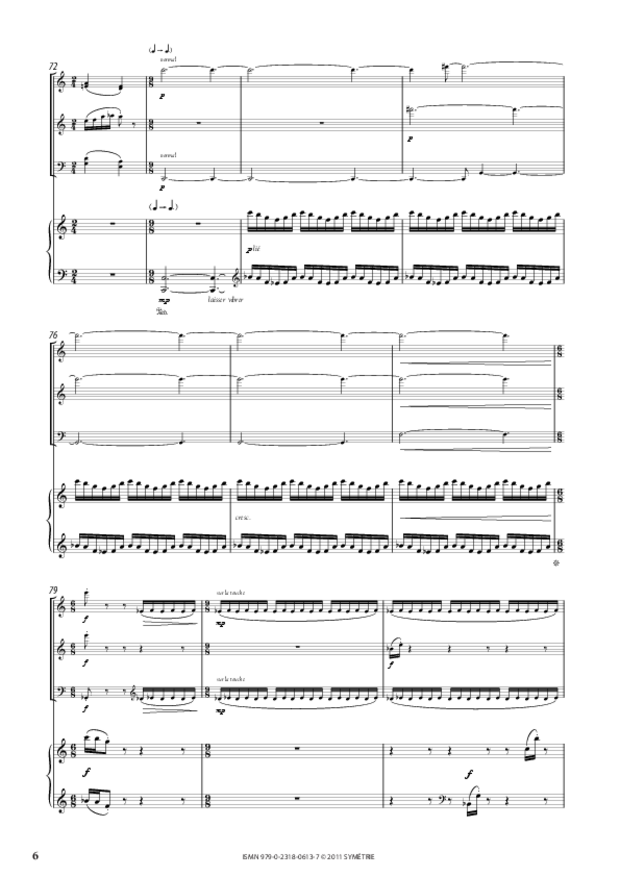 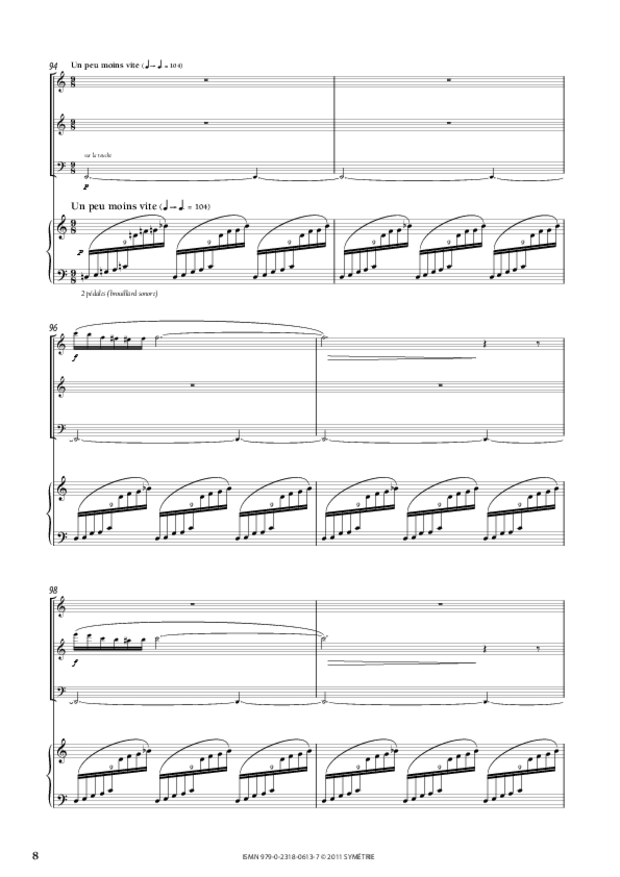 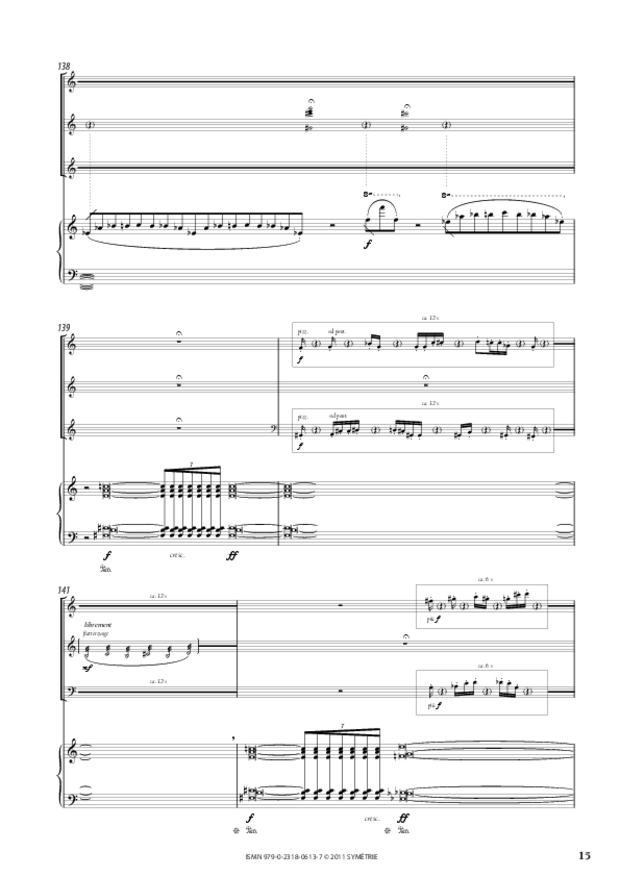 The reference to plastic arts in the title of this work can be understood on two different levels: the idea of light and soft shaded colours, so often characteristic of the pastel technique, and with which the timbres of the instruments enable this analogy; the fact that the pastel, especially in the 18th century, was often used by portraitists (Quentin de la Tour, etc.).

This piece was written to the memory of René Leibowitz, a great exponent of contemporary music in France in the last century (and of whom I was a student). The notes corresponding to the letters forming his name – and henceforth the intervals – form the matrix of the piece, an evocation more than a portrait strictly speaking.

Pastel is a piece in three parts linked together: the first one, rather linear, plays on the relations between intervals and the mixture of timbres; the second foc­u­ses on the search of rarer tones, calling sometimes for new playing techniques; the last part imperturbably develops a rhythmical articulation on 5 beats.