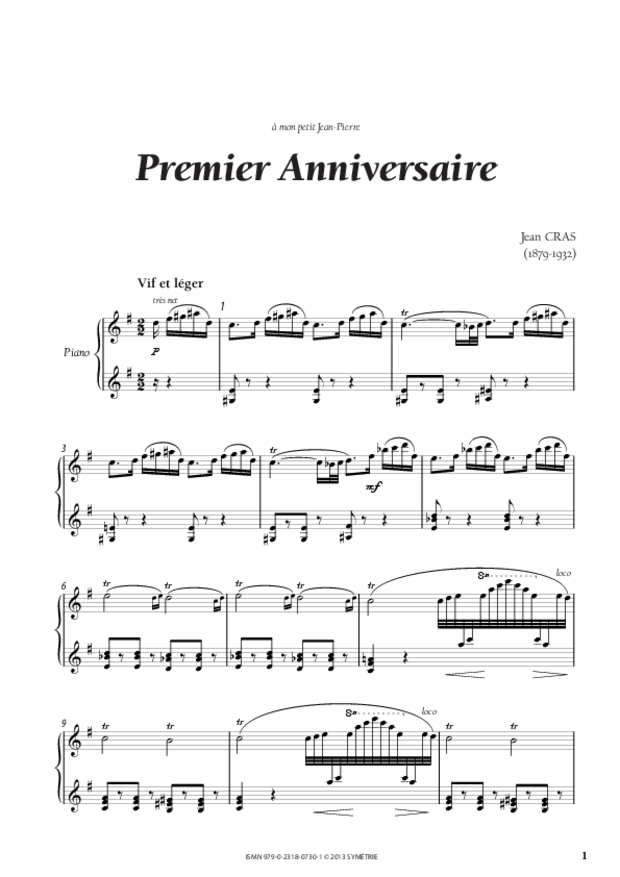 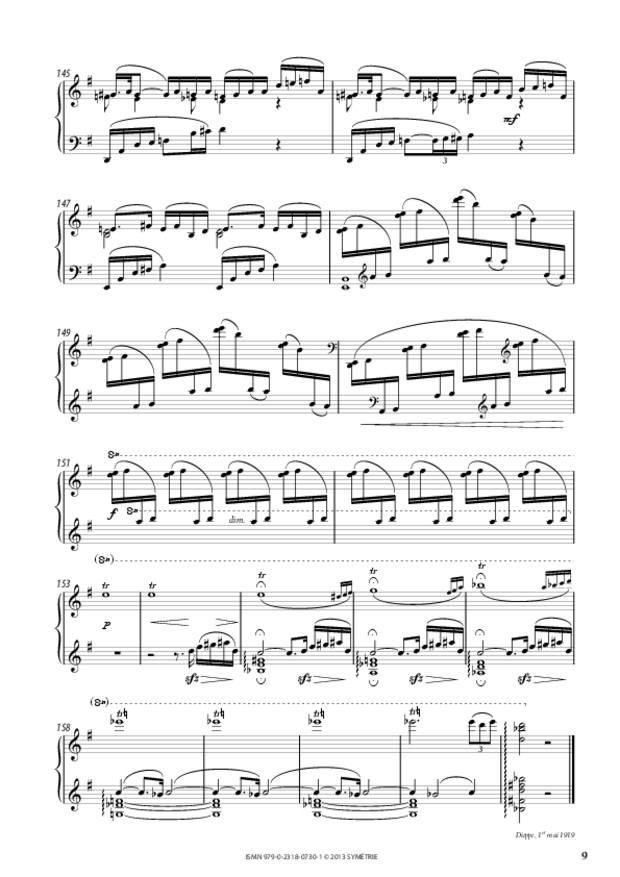 Jean Cras (1879-1932) didn’t write much for the piano, an instrument he besides played very well, as he fluently played the violin, the viola and the organ.

His piano masterpiece, the Danze (1917), is a barely disguised large-frame sonata, next to which Poèmes intimes (1902-1911) and Paysages (1917) are two books of genre pieces, reflections of impressions springing out from the diary the Navy officer kept during his campaigns.

Let us include the adorable Âmes d’enfants, initially dedicated to the six hands of his three little girls (later arranged for four-hands and orchestrated as well), some unpublished small early pieces and a few transcriptions, and we would have the complete Cras piano works, if the composer had not sat back to his keyboard to write this last piece for piano solo. That Premier Anniversaire is his son’s Jean-Pierre birthday, the last born and so desired child, eight years after Cras’ third daughter, on 1st May 1918 in Rome.

The work is dated in Dieppe, where Lieutenant Commander Cras was in charge of restoring trawlers to the civil life (these ships had been armed for the defence of the French coasts). A few weeks later, he joined the Naval Staff then the Cabinet of the Minister of the Navy, to name but a few steps of a successful career in the Navy, whose apex was the promotion to grade of Rear Admiral in the spring of 1931. Major General of the Harbour of Brest, he died there in September 1932 due to sudden illness.

Premier Anniversaire was created by Alain Jacquon in Paris, at the Reid Hall, on December 3rd 2011, during the concerts organised by the Dive Note. It is also Alain Jacquon who made in September 2012 its world-premiere recording for Timpani.

This score has been drawn up from two autograph manuscripts, one written in a pencil (private collection) and the other one most probably subsequent, written in ink (médiathèque musicale Mahler).

A recording of Premier Anniversaire is available on the Timpani label.

Premier anniversaire is almost an exercise in writing in the whole tone scale […]. It’s quite brilliant and it is to be hoped, now that it has been discovered among the composer’s forgotten papers and published, that it may become better known; it deserves to.