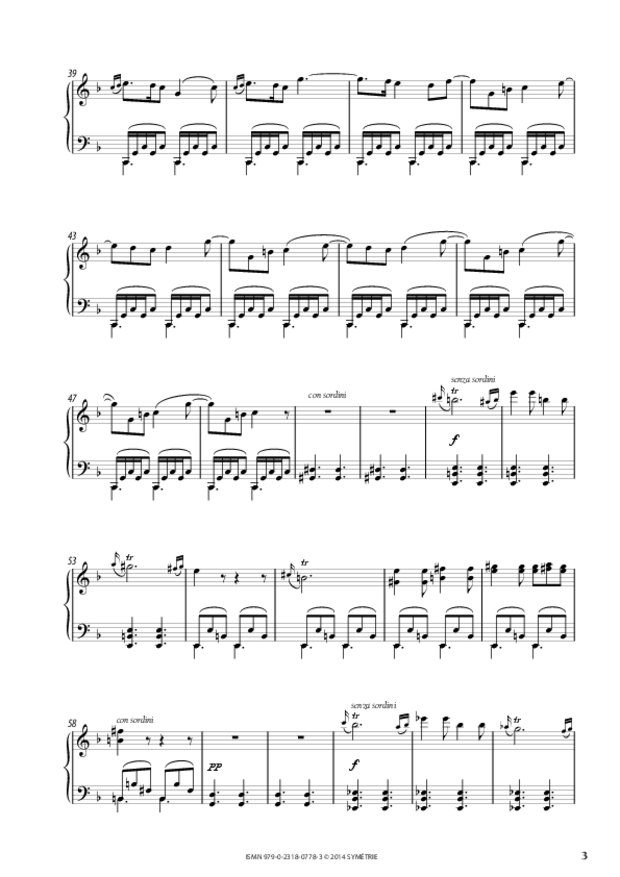 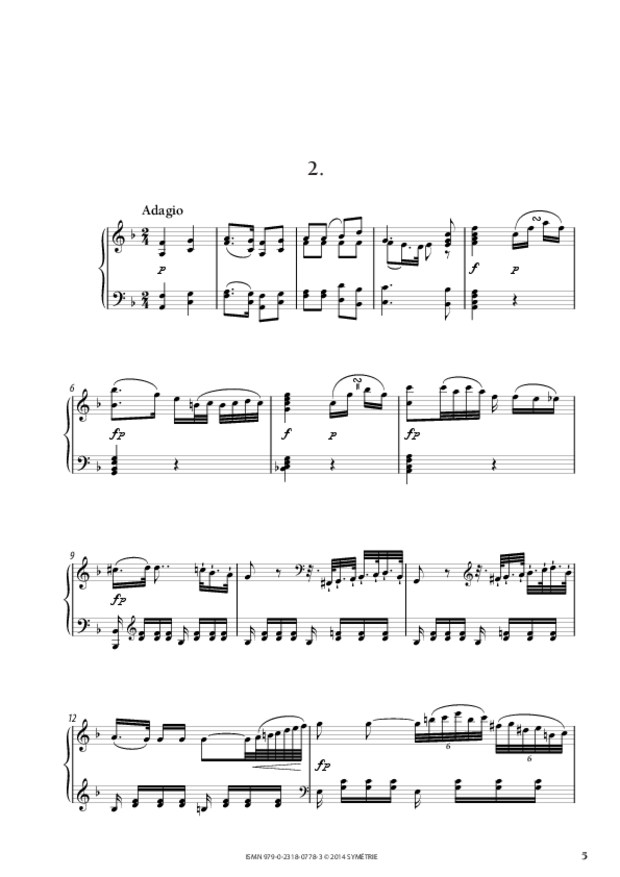 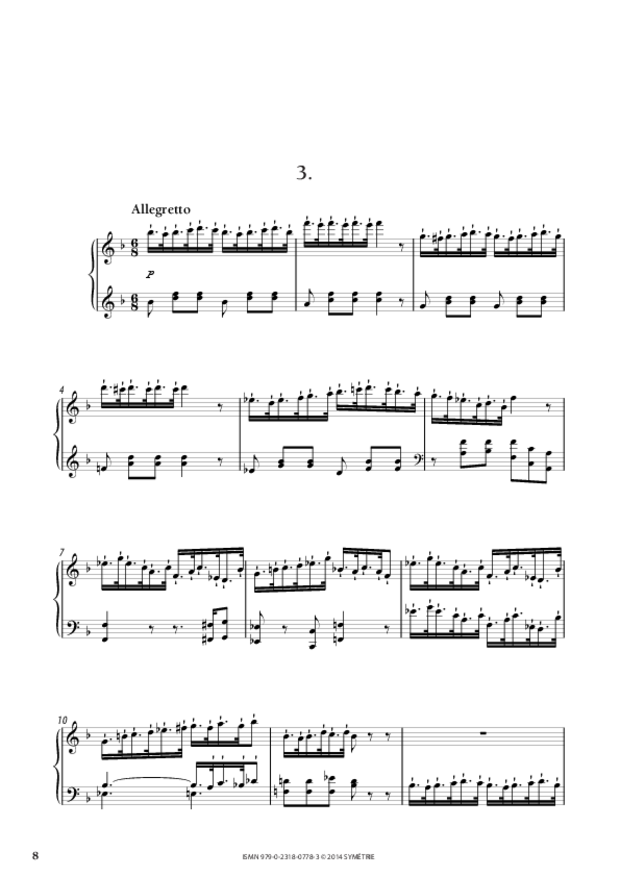 This edition of La Pastorale is based on the sole surviving source, the manuscript Ms 12061 of the Bibliothèque nationale de France. The work was probably written around 1800. The predominant key of F major conforms to the convention of the period for a work entitled “pastoral”. On the first page, Reicha writes the subtitle “sonate facile” (“easy sonata”). We have, in fact, a sonata in miniature, whose five movements are to be played without breaks between them.

The first, third and last movements are in a lively tempo, each treating the rhythm of 6/8 in a different way. They are separated by two slower movements in 2/4, an adagio and an andante of only five bars. While it was clearly Reicha’s intention, in writing this sonata, to produce a work that would be easy in terms of pianistic technique, he nevertheless does not deny himself the opportunity of introducing abrupt and surprising modulations, as in bars 58 to 61 of the first movement, where we pass, without any transitional harmonies, from B major to G major and then to E flat major, with nothing in those bars but chords of the fifth, without thirds, this adding further to the rustic nature of the movement.

The third movement is an allegretto almost entirely based on a fast dotted rhythm, in which all the notes are marked with the symbol we now call staccatissimo. It is likely, however, that at that period this symbol did not quite indicate the forceful effect that we currently associate with staccatissimo. As the musicologist Maurice Hinson remarks: “The wedge-shaped dash used by Haydn indicates any type of staccato or an accent, or combination of both. It does not mean a staccatissimo, as in Beethoven’s later usage.” We would advise the pianist therefore to think of an accented staccato, rather than a true staccatissimo.