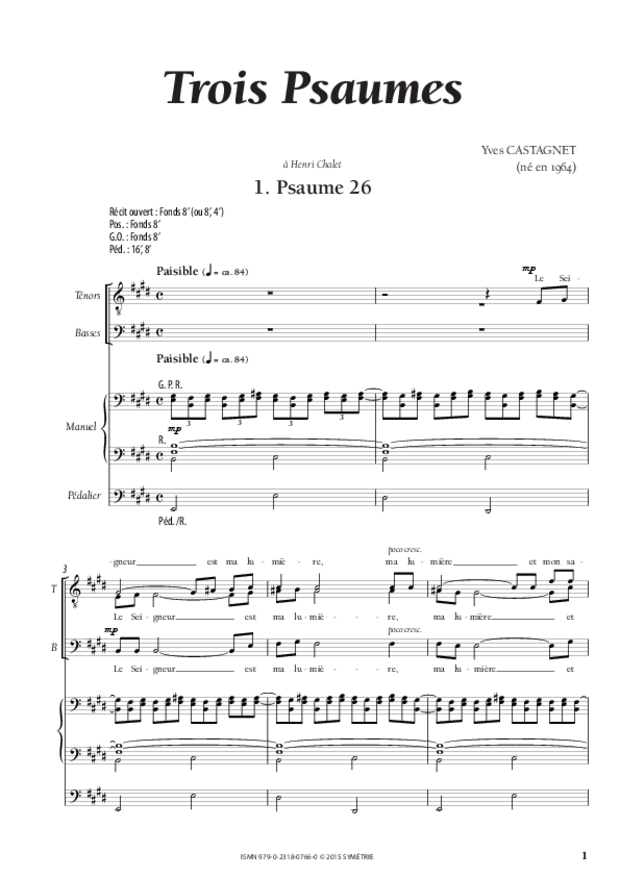 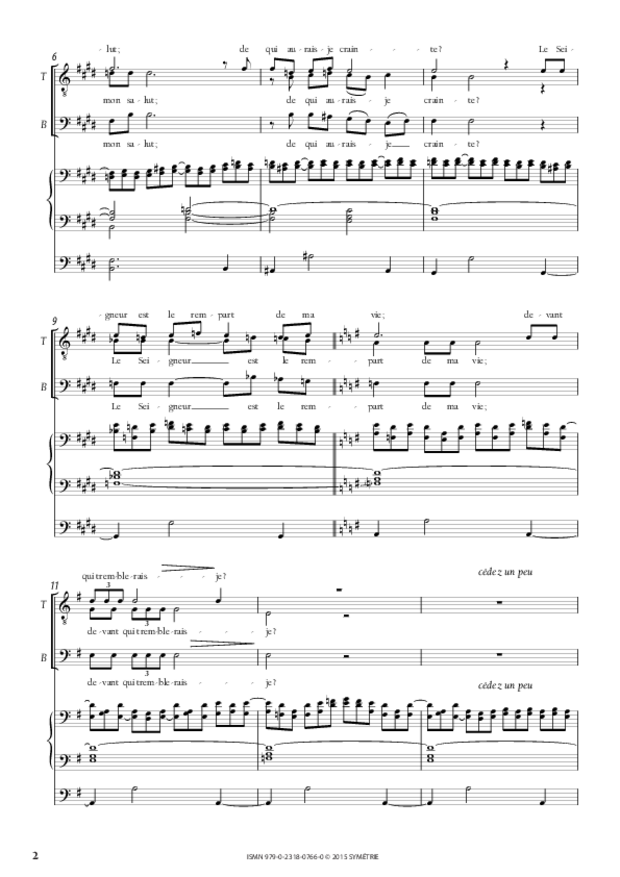 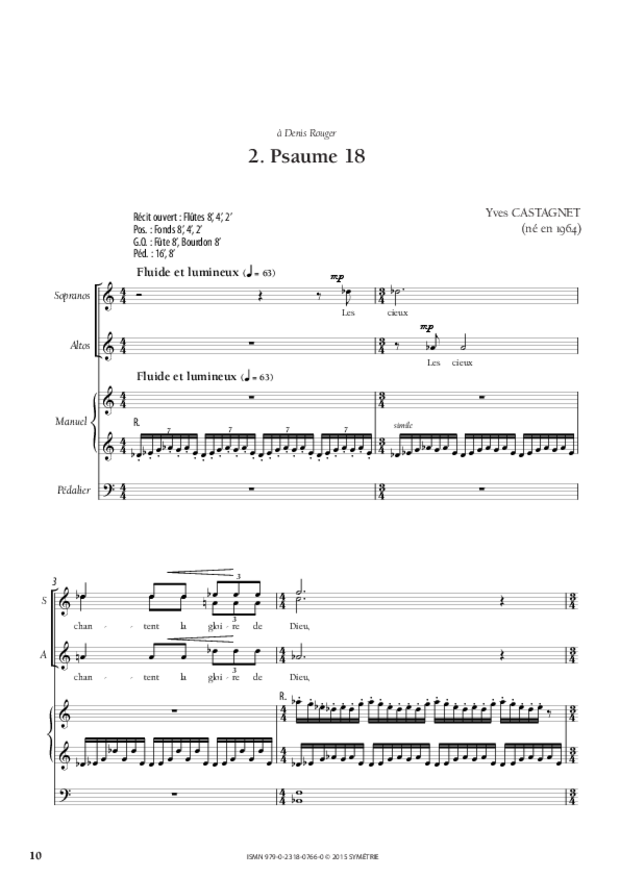 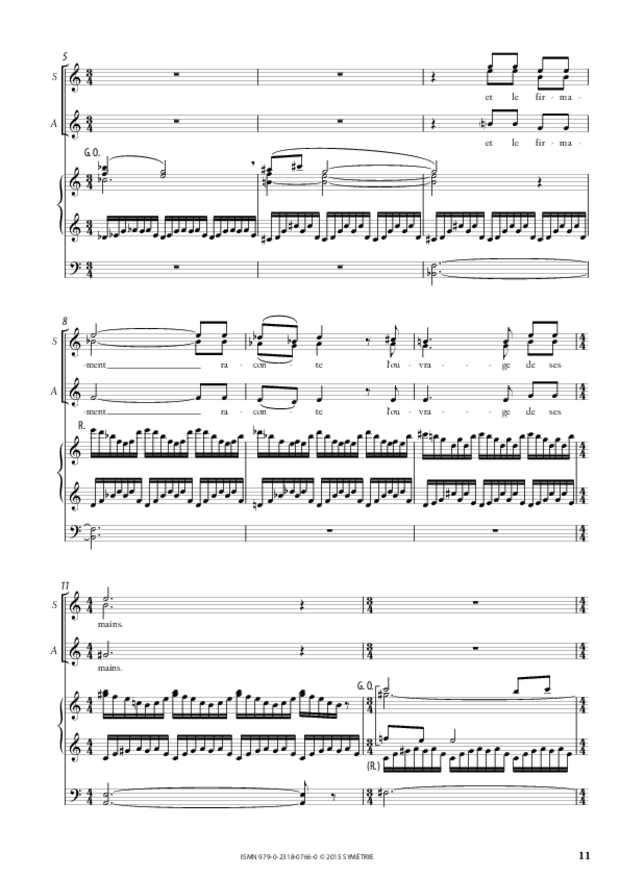 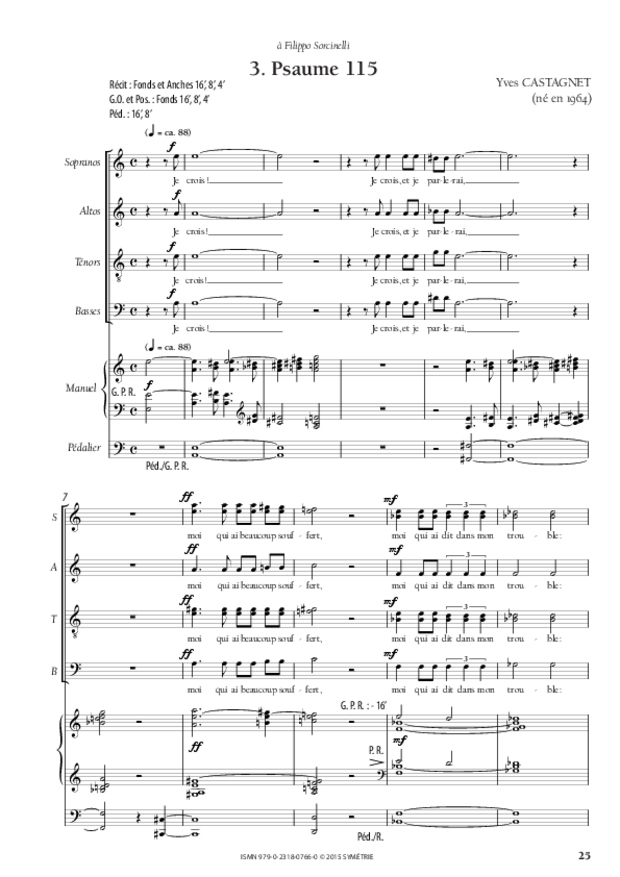 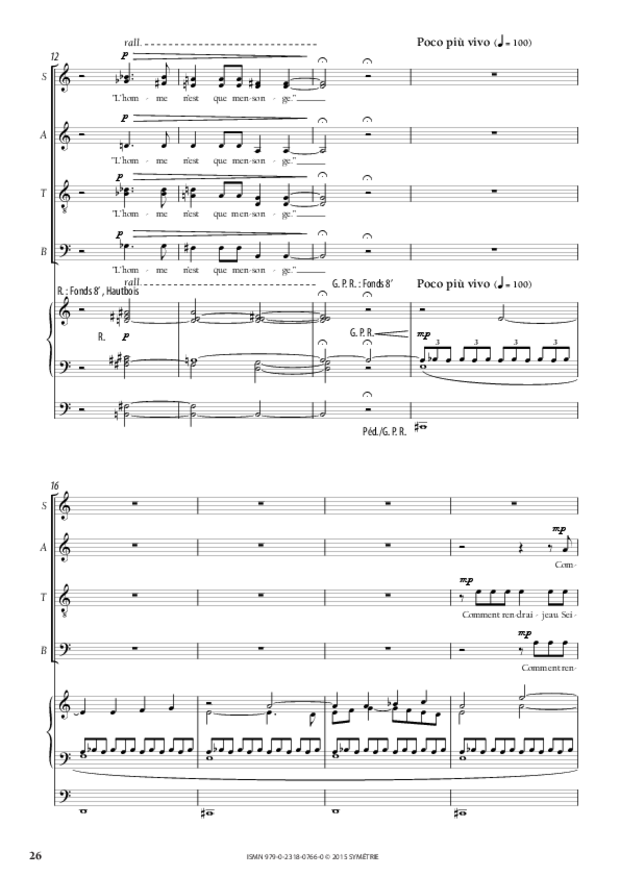 These Trois Psaumes are meant for the liturgy as well as for the concert. They were written at rather distant times: in 1996 for the first two (equal-voice choir), and much later in 2011 for the last one (mixed-voice choir). Soon after their compositions, the psalms 26 and 18 were first performed in liturgy at Notre-Dame de Paris by the cathedral’s choir school under the baton of Denis Rouger.

During the summer of 2011, the Trois Psaumes were recorded by the choir school of Saint-Christophe de Javel, under the baton of Henri Chalet.

Psalms 26 and 18 only deal with the first verses of the text whereas the psalm 115 deals with the whole text. These psalms are the better known of the psalter, as they frequently appear in the catholic liturgy (mostly in the Sunday texts for the psalm 18 and in the Hour Liturgy for the psalms 26 and 115).

The organ registrations are given as an indication and shall of course be adapted to the size of the choir.

A recording of Trois Psaumes by Yves Castagnet is available on the Bayard Musique label.