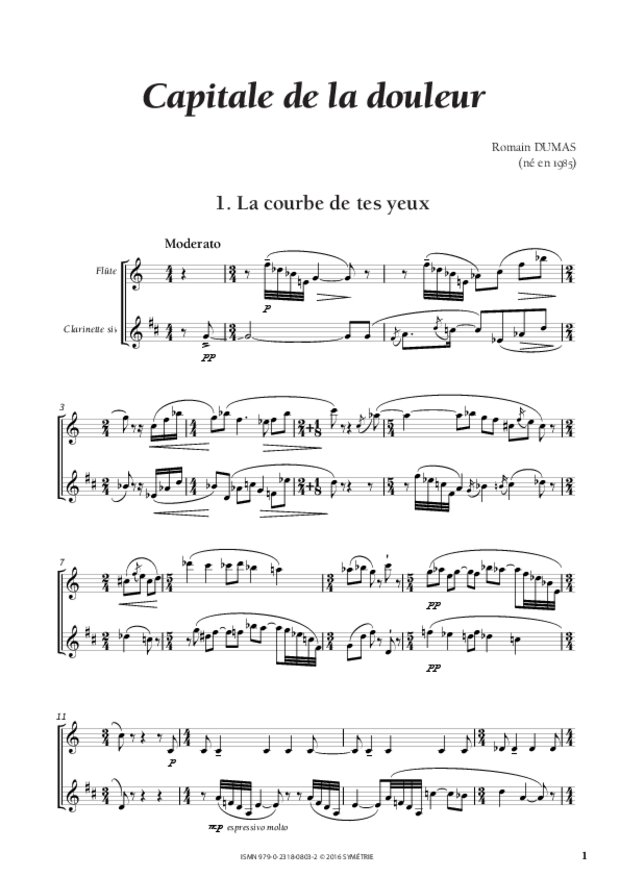 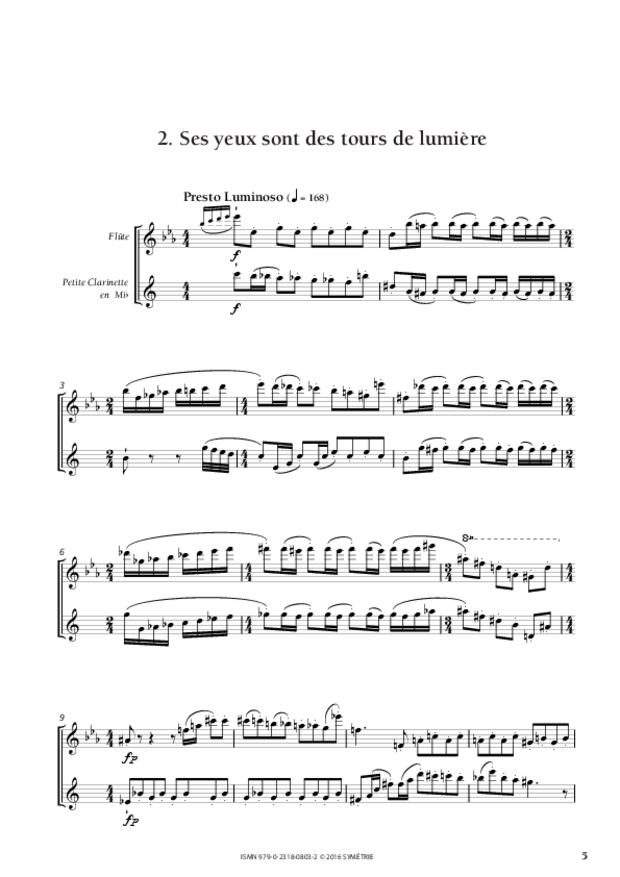 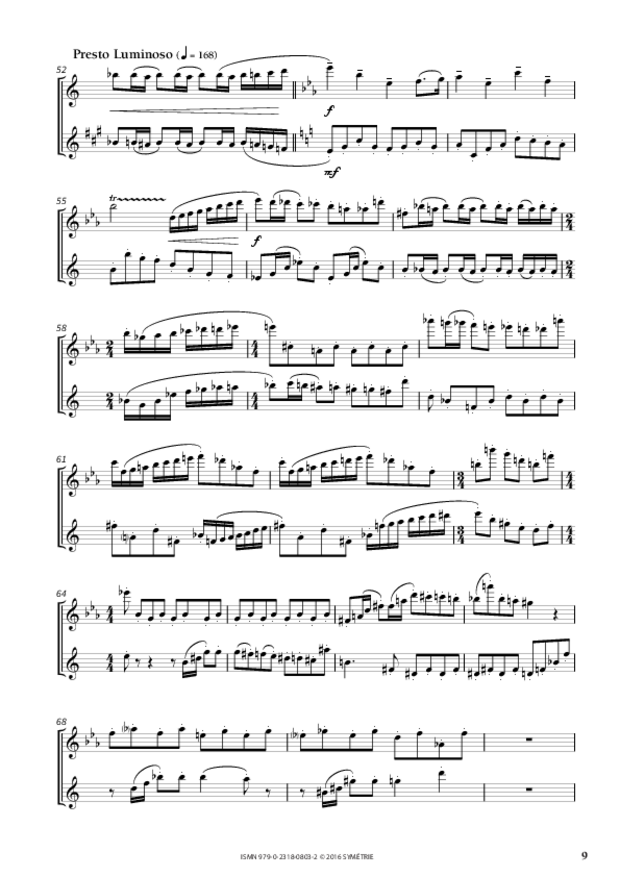 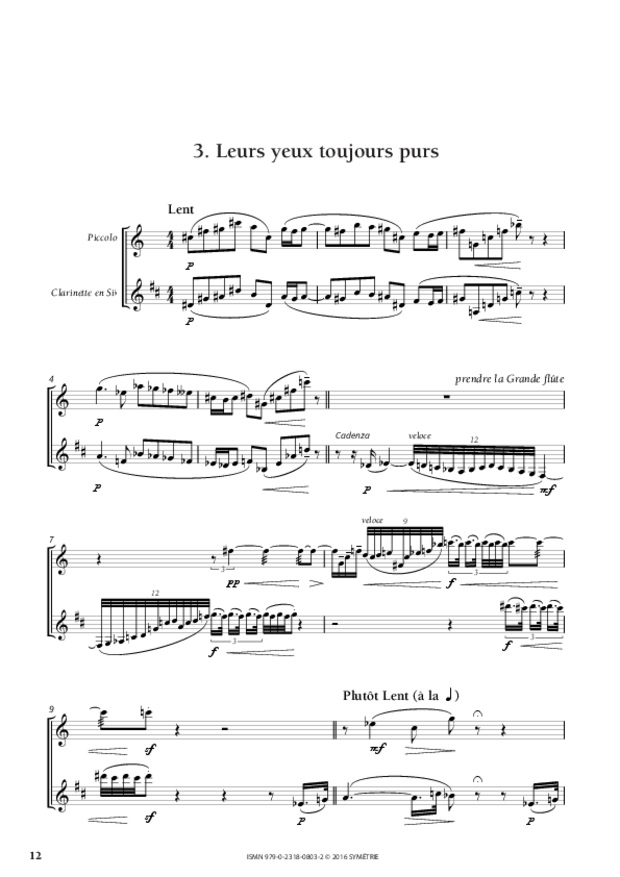 Capitale de la douleur (Capital of Pain) was written in 2013 as the result of the friendship between the Sità duo (a flute and clarinet duo) and the composer Romain Dumas. This cycle is a musical setting of three texts by the surrealist poet Paul Éluard, taken from two of his most famous sets: Capitale de la douleur (1926) and L’Amour la Poésie (Love Poetry) (1929). These works magnify his relation with his first muse Gala (whose real name was Helena Diakonova) who left him in 1929 for Salvador Dalì. Capitale de la douleur thus reflects the fullness of a mutual love, whereas L’Amour la Poésie celebrates a now one-way love. Time besides seems to be arrested at the poet’s dedication: “To Gala, this book without an end”.

Capitale de la douleur is a slow-fast-slow structured triptych. The two slow movements are based upon the poems “La courbe de tes yeux fait le tour de mon cœur” (“The Curve of your Eyes Goes Around my Heart”) and “Leurs yeux toujours purs” (“Their Still Pure Eyes”), both from Capitale de la douleur, whereas “Ses yeux sont des tours de lumière” (“Her Eyes Are Towers of Light”) is the second poem from L’Amour la Poésie.

If poems and duos present formal analogies, music quickly emancipates itself from the text to create its own logic: beyond the lyric poem, this triptych seems to deliciously extend the sound impression left by the words.

Of course love is the subject. Love, at times calm and voluptuous, at other times frolicsome in “La courbe de tes yeux”. The relation’s serenity appears a.o. by the low register coating the large lines alternatively drawn by the two instruments. “Ses yeux sont des tours de lumière” for one celebrates a passionate and untamed love. The use of the the E flat clarinet makes the atmosphere slightly caustic: this volcanic love shines far from the poet. Nonetheless, the order of the selected poems from the set seems to prohibit an ending on the idea of lost love, but on the contrary, is optimistic.

Indeed, “Leurs yeux toujours purs” is a fresco presenting different scenes of a shared life, oscillating between harmony and disagreement. It nonetheless starts and ends on a restored dialogue between the clarinet and the piccolo, then with the flute, thus magnifying the field of possibilities opened by the love relation.

The theme of the eyes also unifies these three poems: eyes as the tangible link to the beloved, eyes turned towards new horizons, the most beautiful eyes in the world allowing to glimpse the immensity of the existence. Finally eyes, useless to the perception of this music, as a significant exegesis of the sublime pages of the surrealist poetry, where words and notes sound with a baffling obviousness.