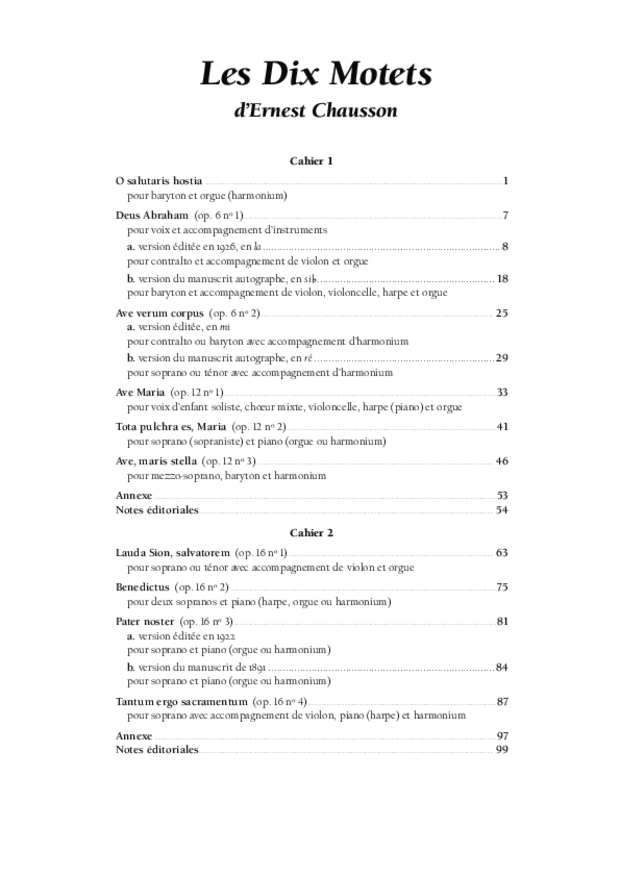 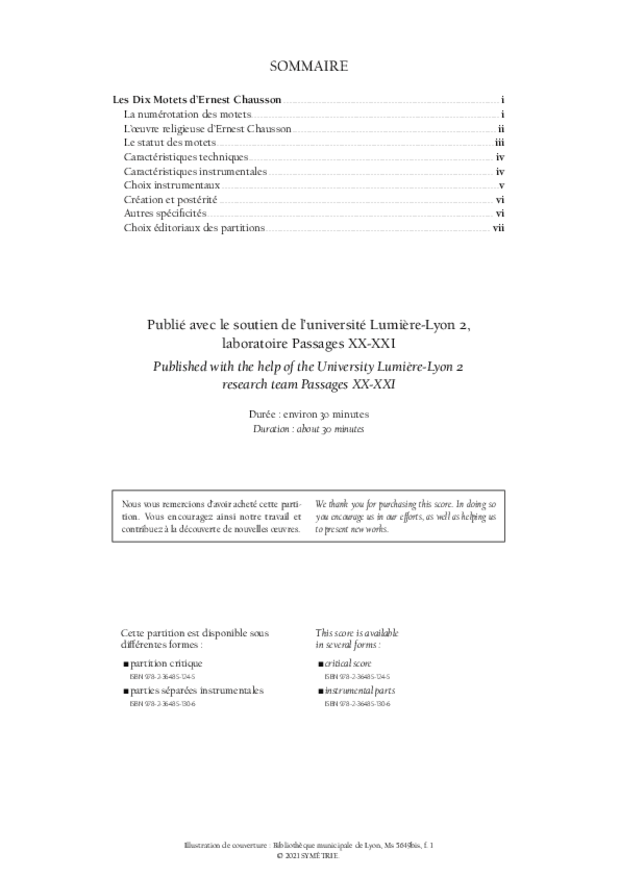 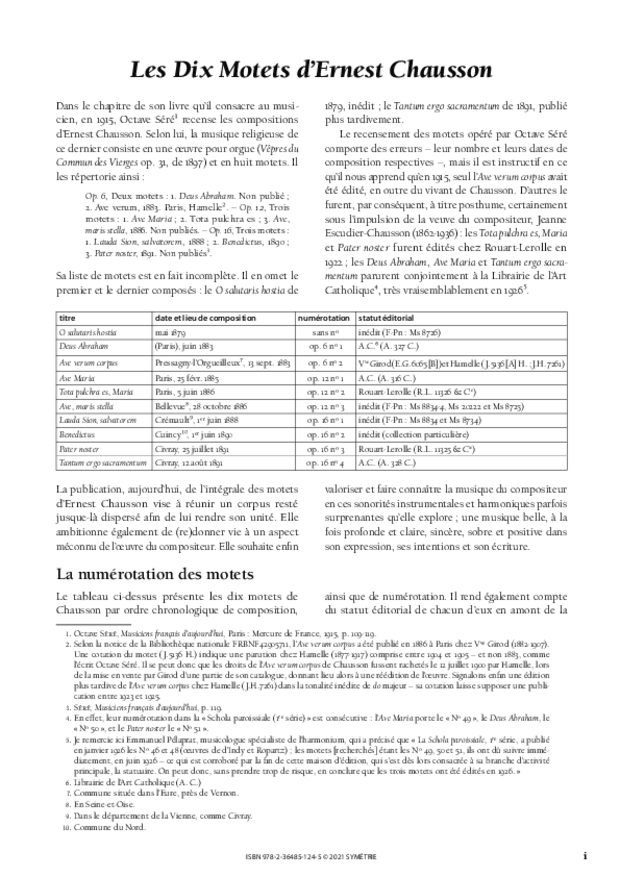 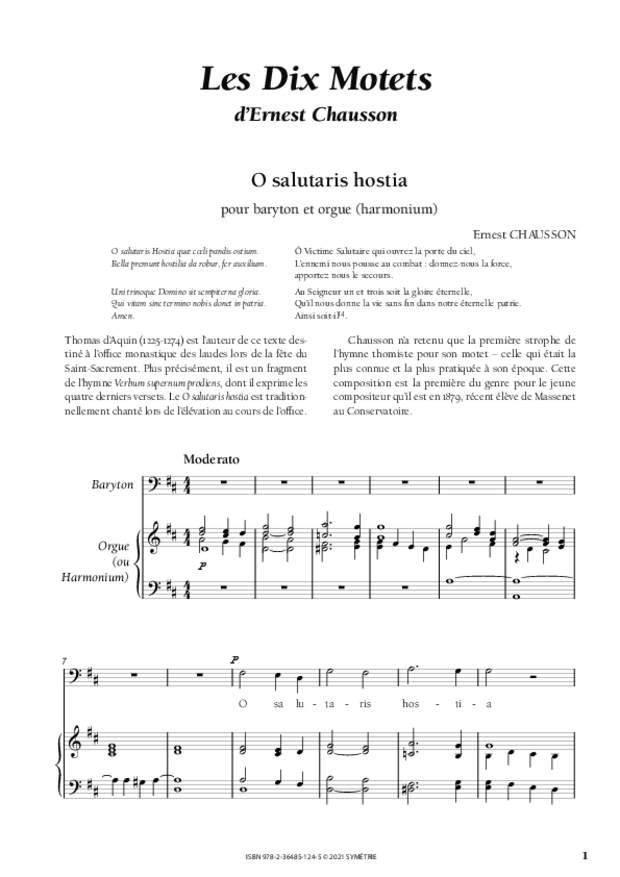 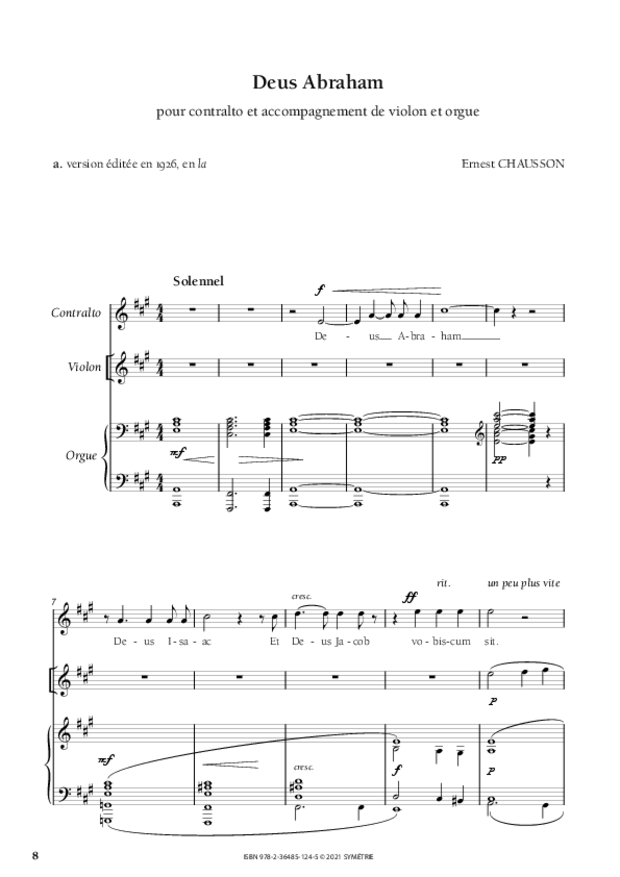 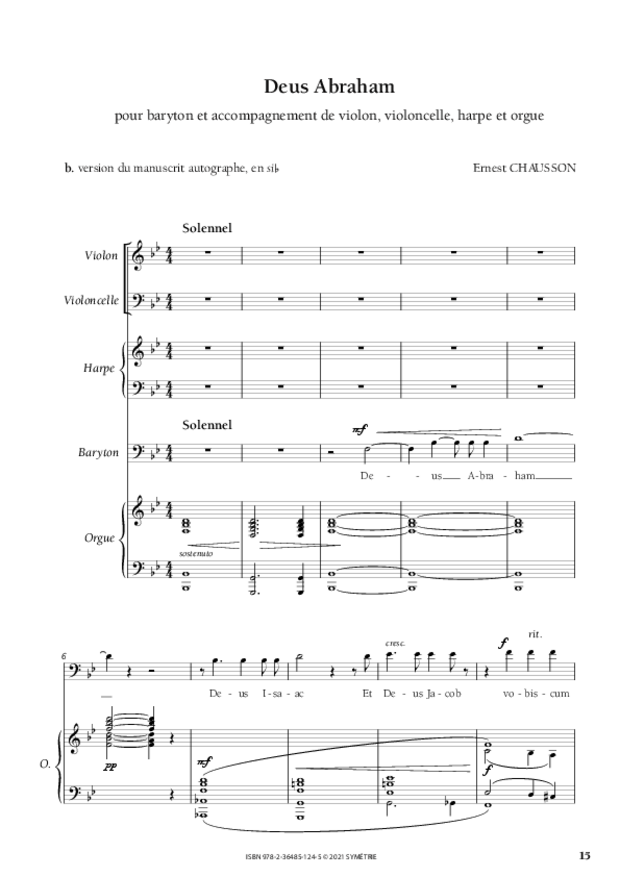 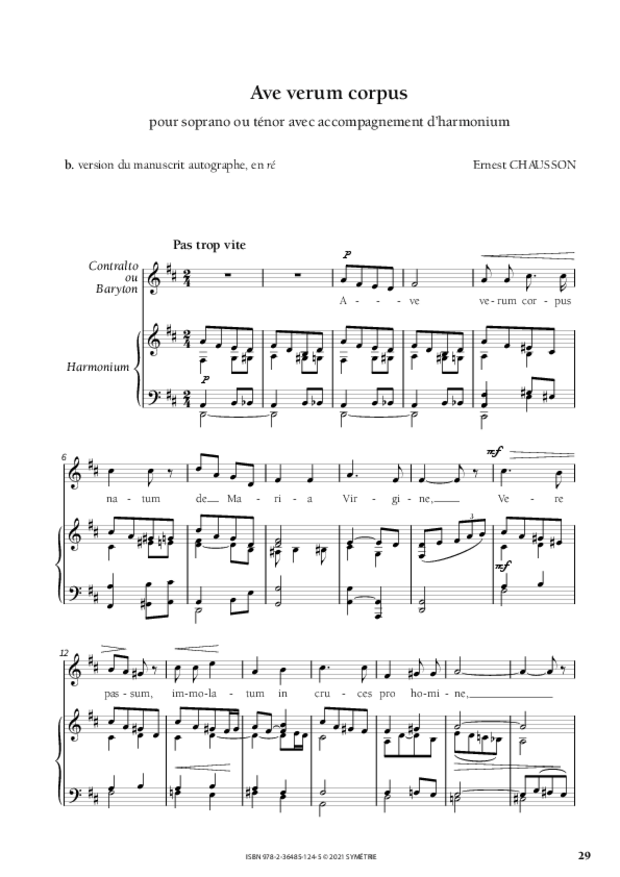 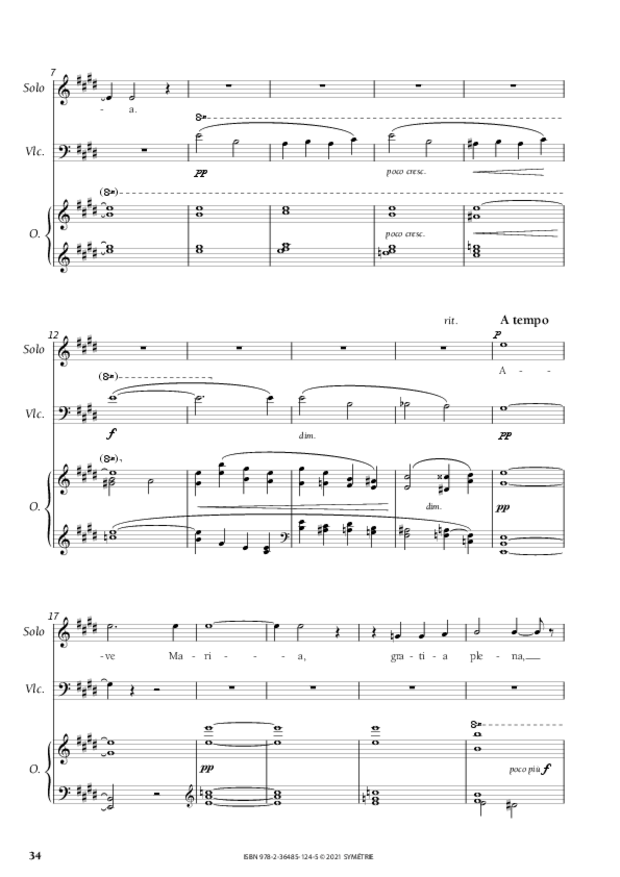 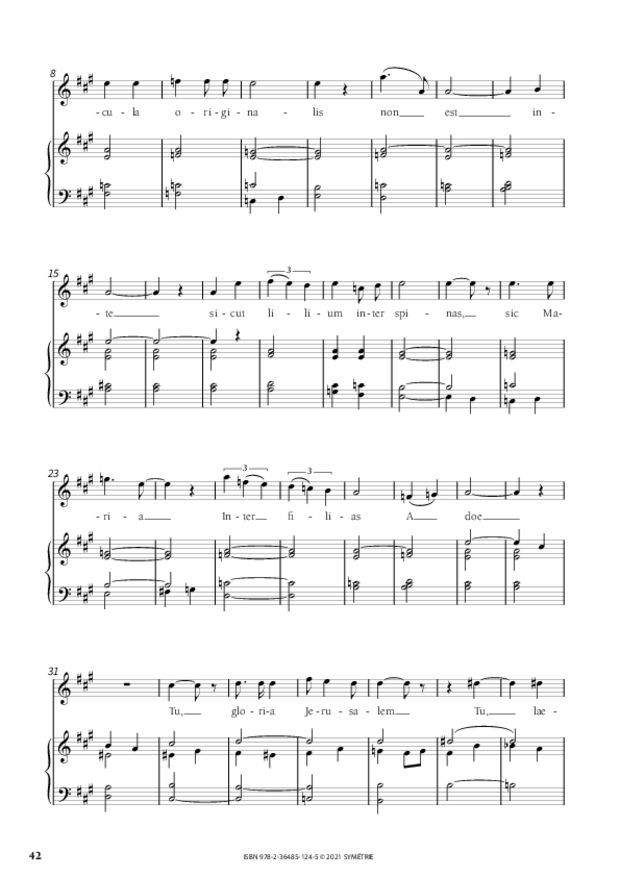 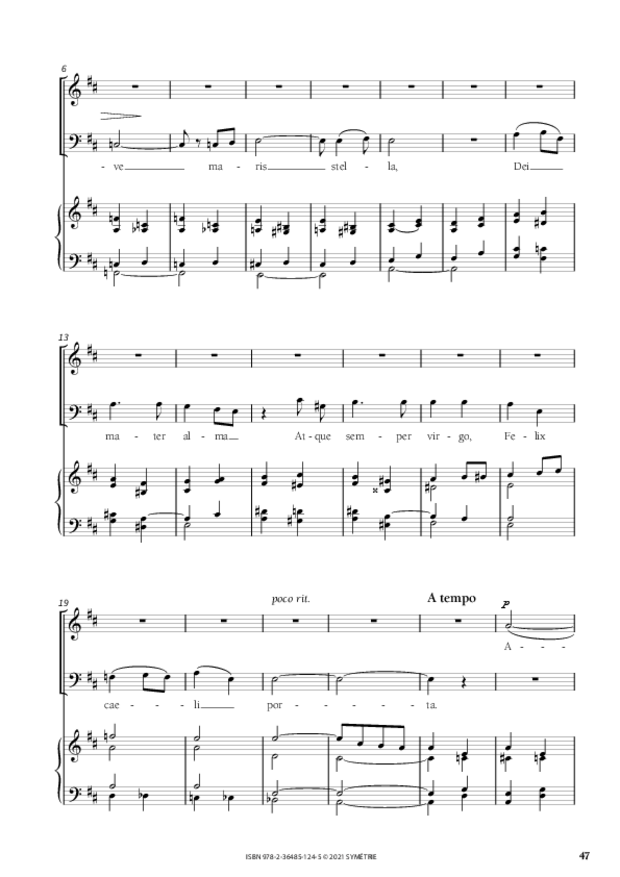 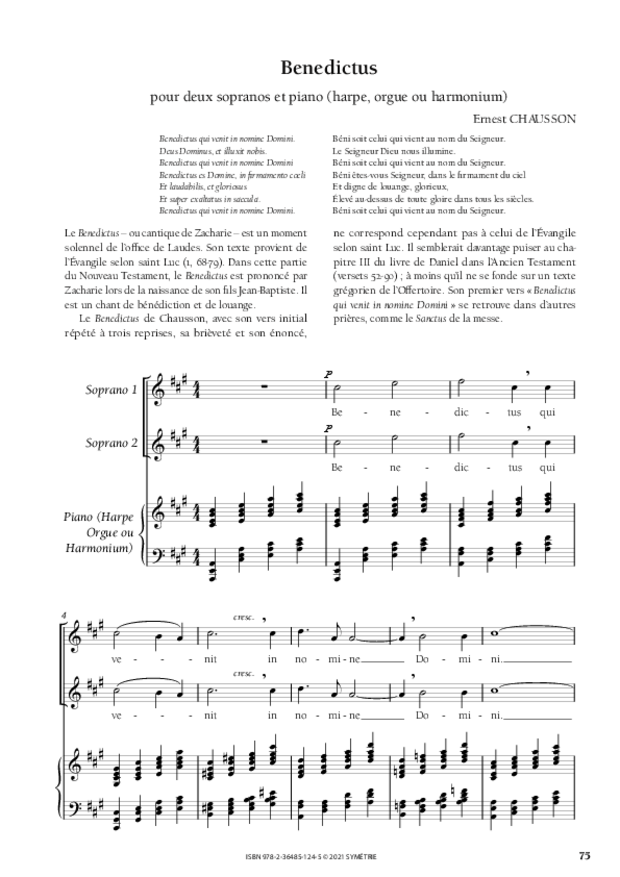 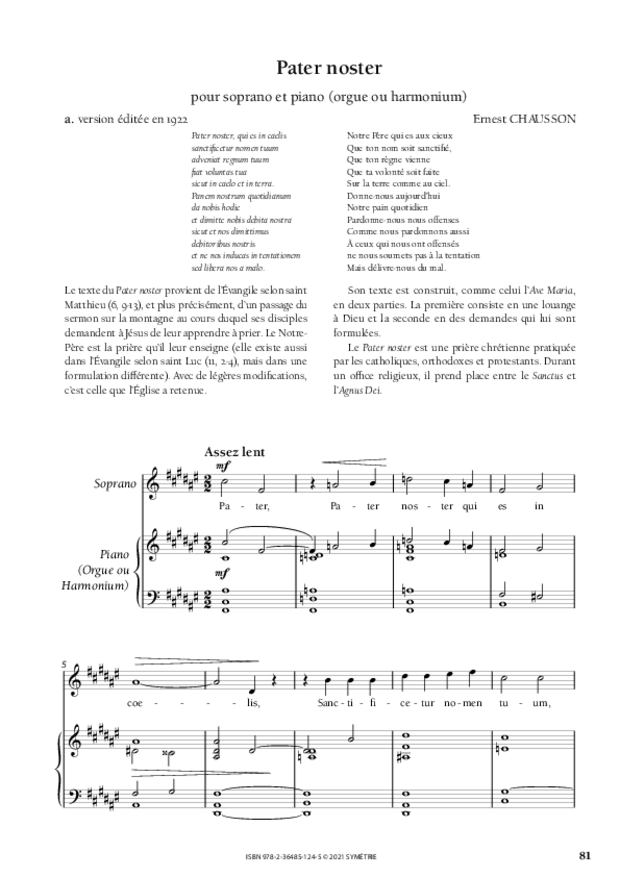 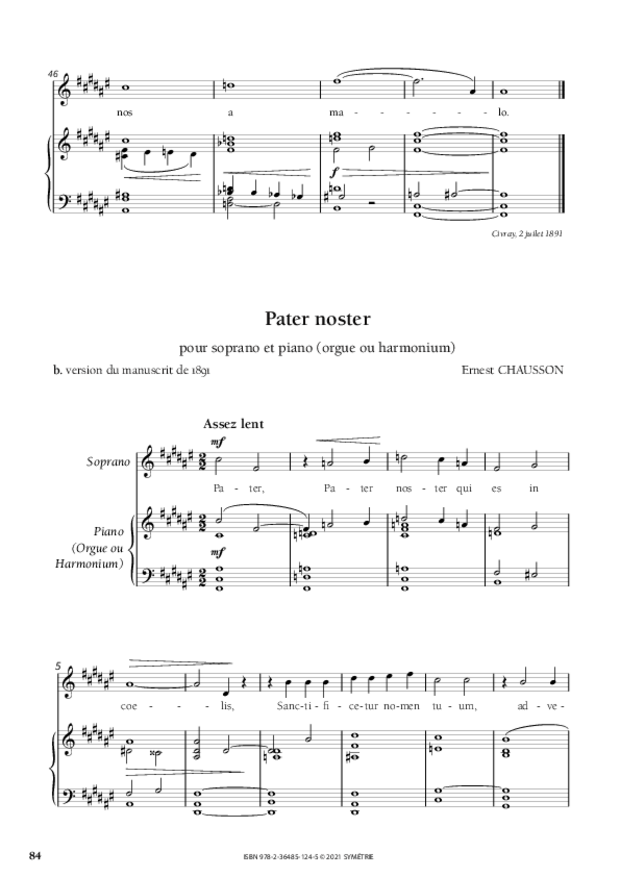 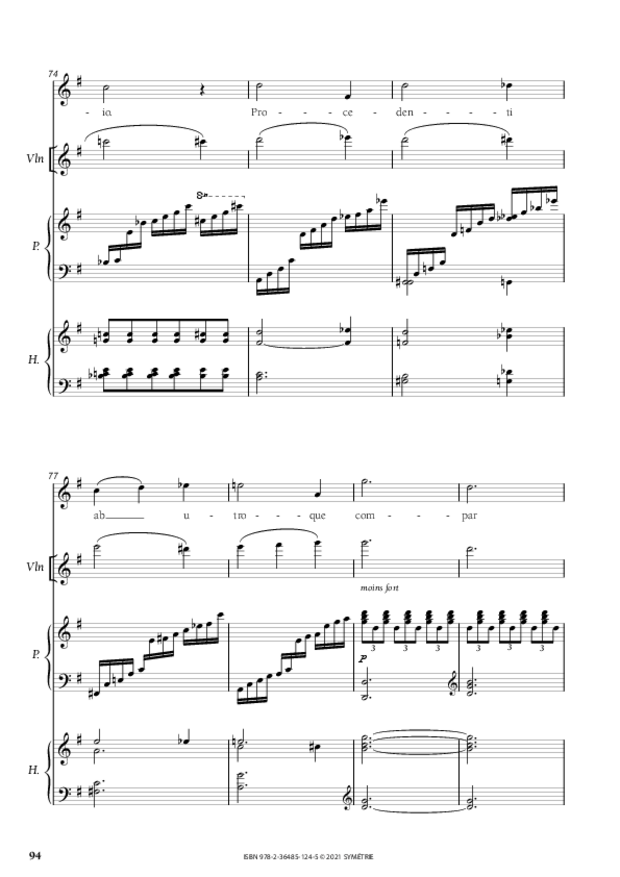 Between 1879 and 1891, Ernest Chausson composed ten motets. Only the Ave verum corpus (1883) was published during his lifetime. Tota pulchra es, Maria (1886) and Pater noster (1891) were published by Rouart-Lerolle in 1922, while Deus Abraham (1883), Ave Maria (1885) and Tantum ergo sacramentum (1891) were published jointly by the Librairie de l’Art catholique in 1926, all probably under the impetus of the composer’s widow, Jeanne Escudier-Chausson (1862-1936). Four motets remained unpublished: O salutaris hostia (1879), Ave maris stella (1886), Lauda Sion salvatorem (1888) and Benedictus (1890). Of all the accessible and consulted sources, Deus Abraham, Ave verum and Pater noster presented an alternative autograph manuscript version to the already published work. The differences noted significantly affected the overall energy and articulation of each of the three pieces. It seemed appropriate to publish them in parallel to the already published version. This complete work thus includes a total of thirteen pieces, seven of which were previously unpublished.

The publication of Ernest Chausson’s motets brings together the entire body of work that has been dispersed until now. It aims to make the composer known in this little-known aspect of his catalog and to bring back to life a work whose instrumental and harmonic sonorities can surprise under Chausson’s pen; a beautiful music, both deep and clear, sincere, sober and positive in its expression, its intentions and its writing.

The instrumental parts contain the separate parts for violin, cello and harp.