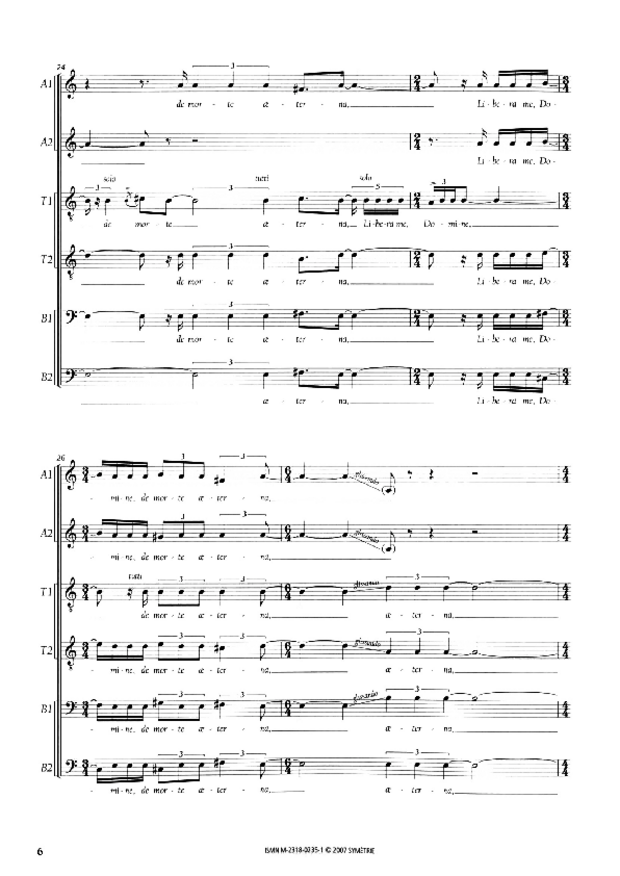 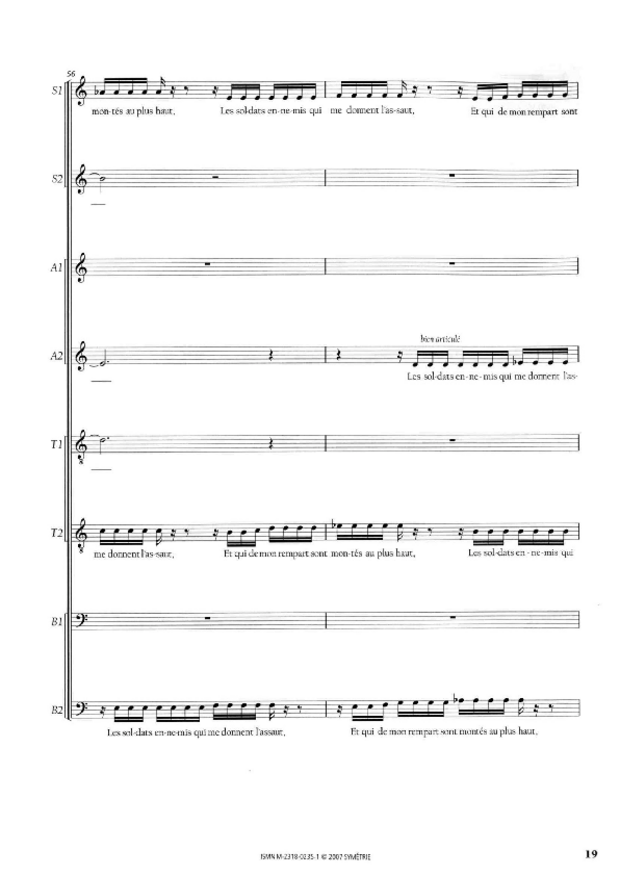 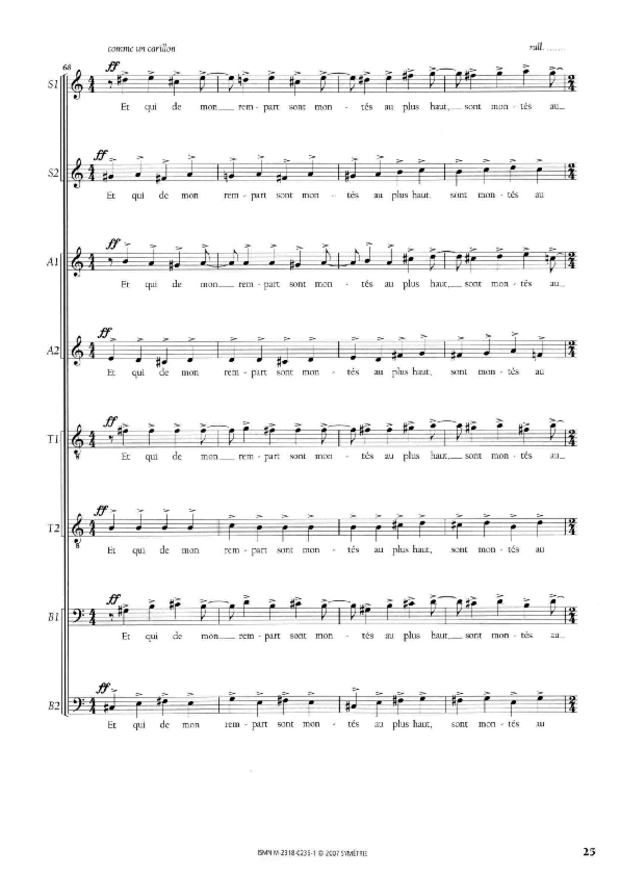 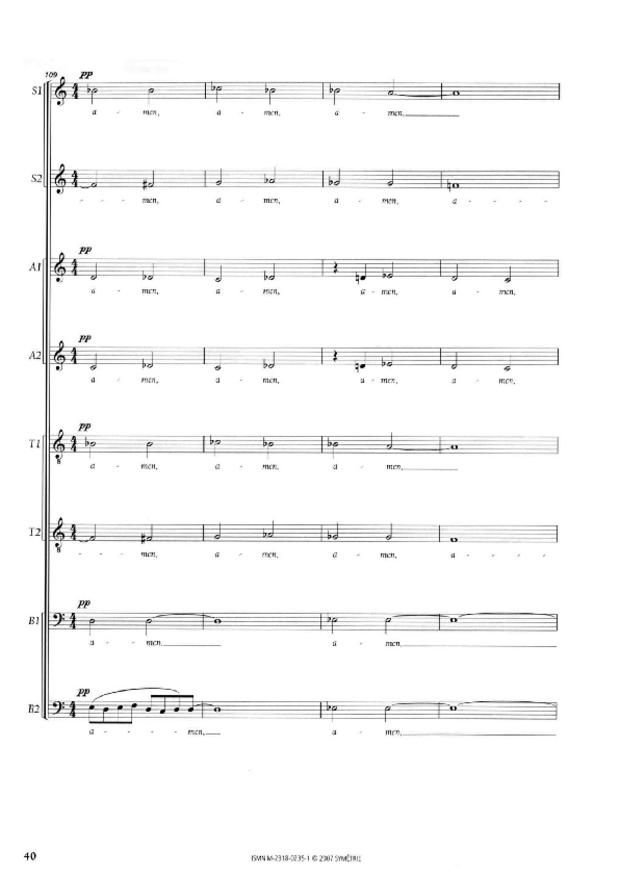 The Libera me for mixed chorus was commissioned in 2006 by chorus master Lionel Sow and dedicated to him. A few years before, I had been deeply moved by the marvellous Sonnets de la Gélodacrye by the unrecognized Jacques Grévin. This poet and doctor, friend of Ronsard, later grew away from him because of his protestant beliefs. He had to leave France to England, then to the Court of Savoy where he became the doctor of King François the First’s daughter.

I found in Grévin a style certainly close to the one of the Pléiade, but also marked by very particular religious accents (such as in the sonnet“Délivre-moi, Seigneur, de cette mer profonde où je vogue incertain”); I intended to write a piece on this secular text with sacred connotations in which the gregorian incipit Libera me, Domine, de morte æterna would naturally “echoe” on musical, literary and dramatic levels.

Far from renouncing to my own style, I tried in this Libera me to immerse myself in the so particular atmosphere of some French Renaissance musicians’ works (like the magnificent Octonaires de la vanité du monde by Paschal de l’Estocart) and to particularly orientate my work around a “counterpoint illuminating the text”.