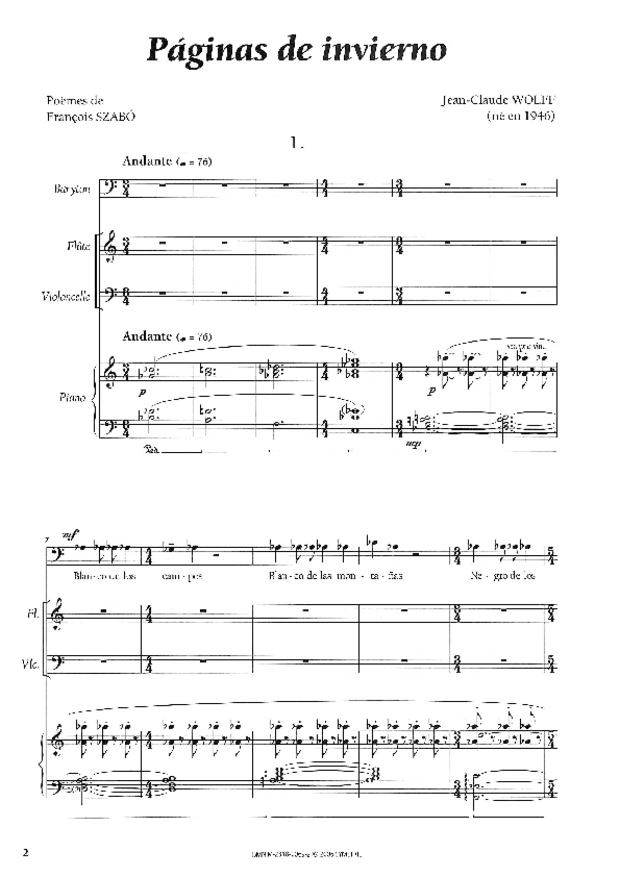 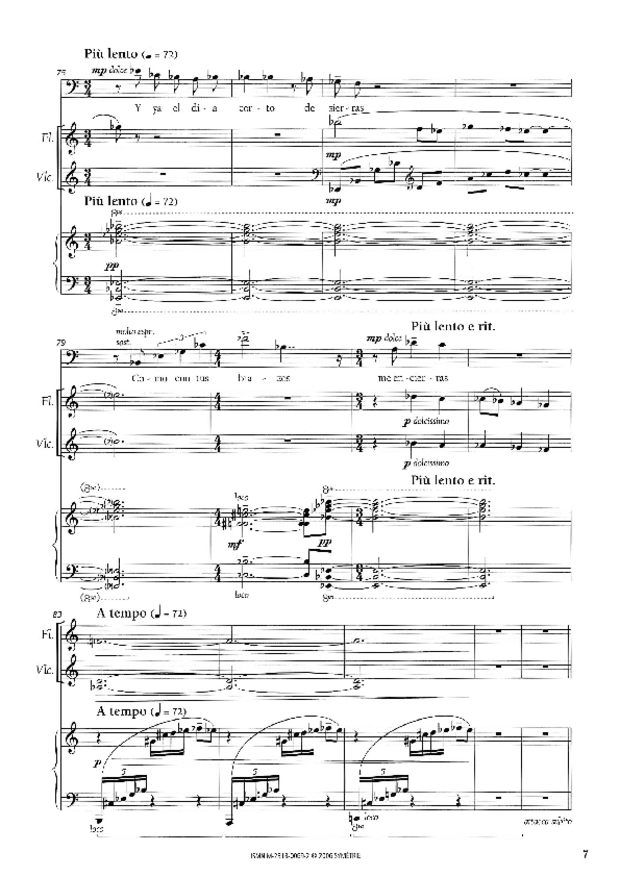 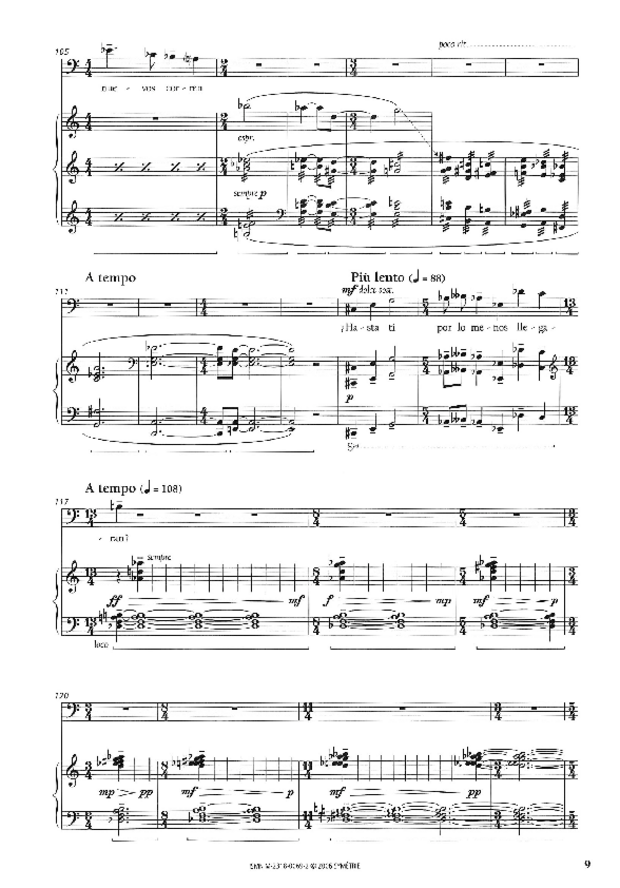 This work is the result of two encounters of mine. With Pierre-Yves Pruvot, a baritone, who remarkably sang the solo part of my Psalms and who urged me to write for him a piece with the music group of the Chansons Madécasses by Ravel (baritone, flute, cello and piano); with François Szabó, a French poet writing in Spanish, whose Páginas de invierno impressed me so much. I chose seven of them, particularly typical with their dark aμectivity and lightened by some gleam, very much like a Spanish Winterreise to me in their frame and their dereliction…

There are few tuttis in the piece: each instrument is, one after the other, a counterpoint to the voice; the vocal part is very declamated and proceeds by small intervals, progressively spanning throughout the whole range of the singer.

The seven poems, short and linking up, are in a general moderate tempo and their atmosphere is restraint. The same succession of simple chords, at the piano, intro- duces them, like some distant and snowy choral… One should notice the use of repeated notes, and above all, two melodic elements in arpeggios, one ascending, the other, descending, like a representation of this confinement or, in all cases, of that uncertainty that ends the piece: “Quien sabe”…

Páginas de invierno is the poetry of the absence and of the love converted into a man and his introspection to find the erased track of the lost woman. A far away woman, with whom the past links are nothing but fancied, and one question: “Who knows?” Thus hope and despair, the jealous sisters, link up in a useless circle.