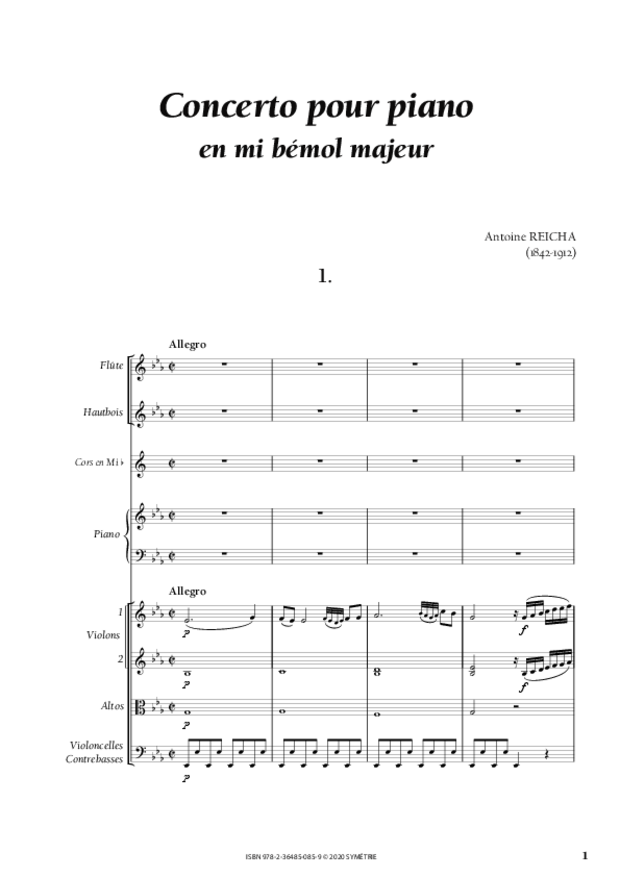 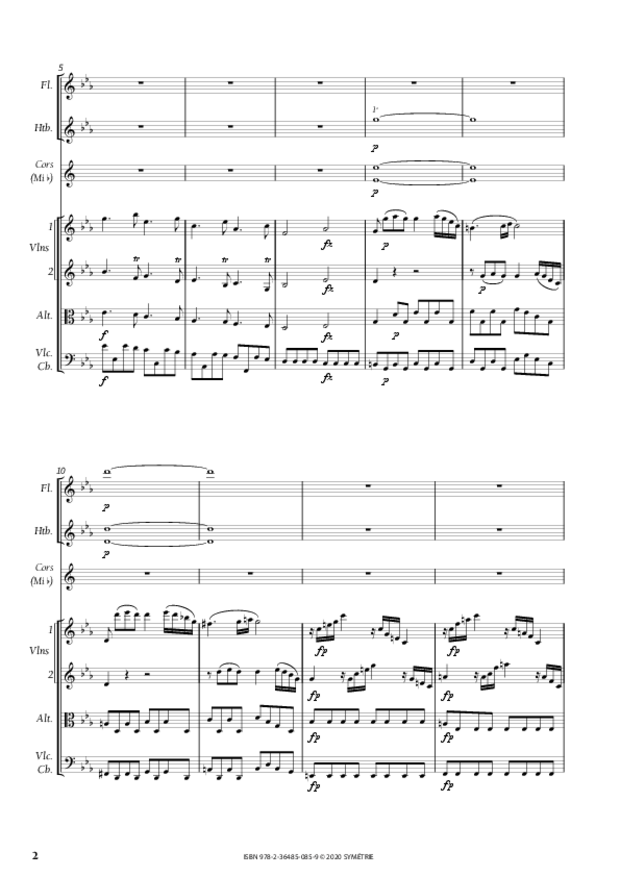 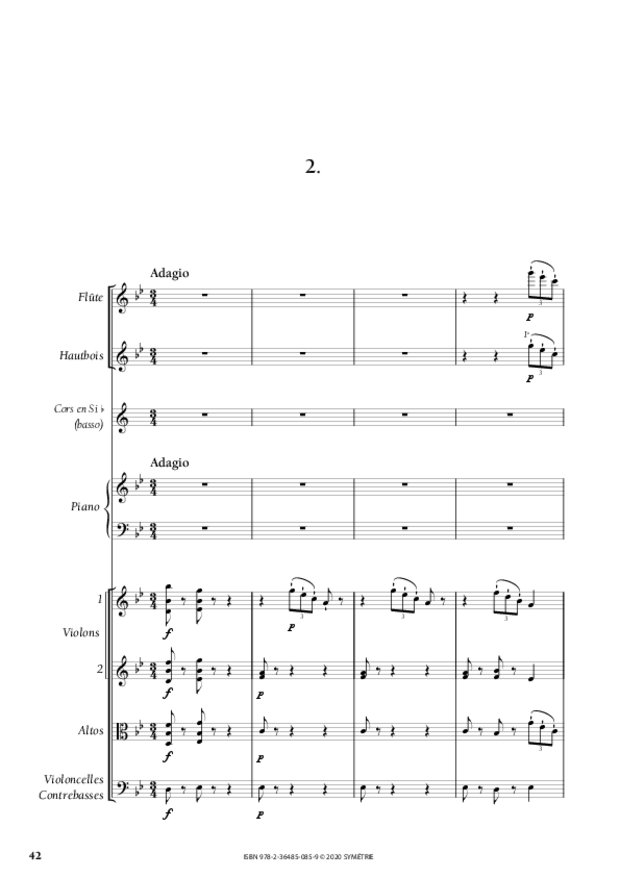 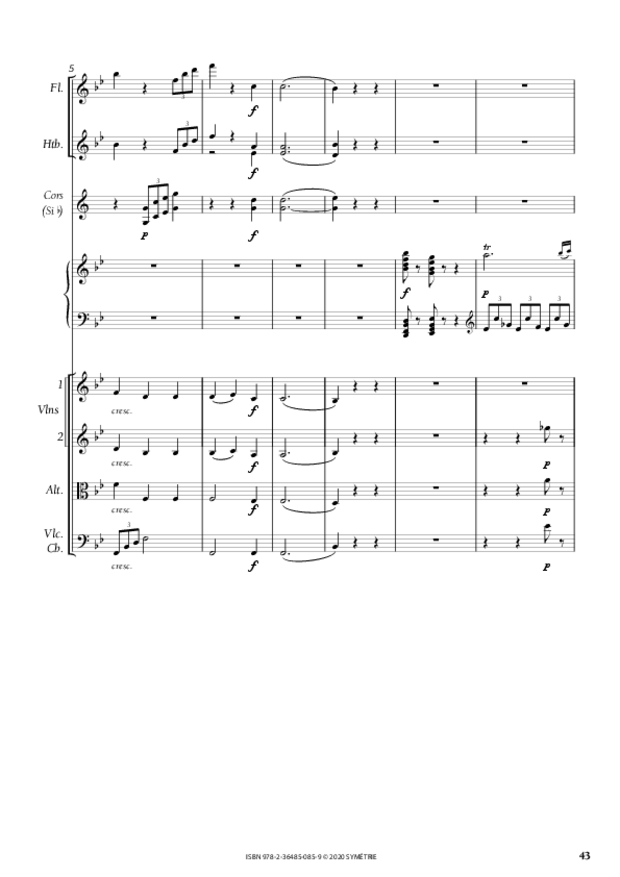 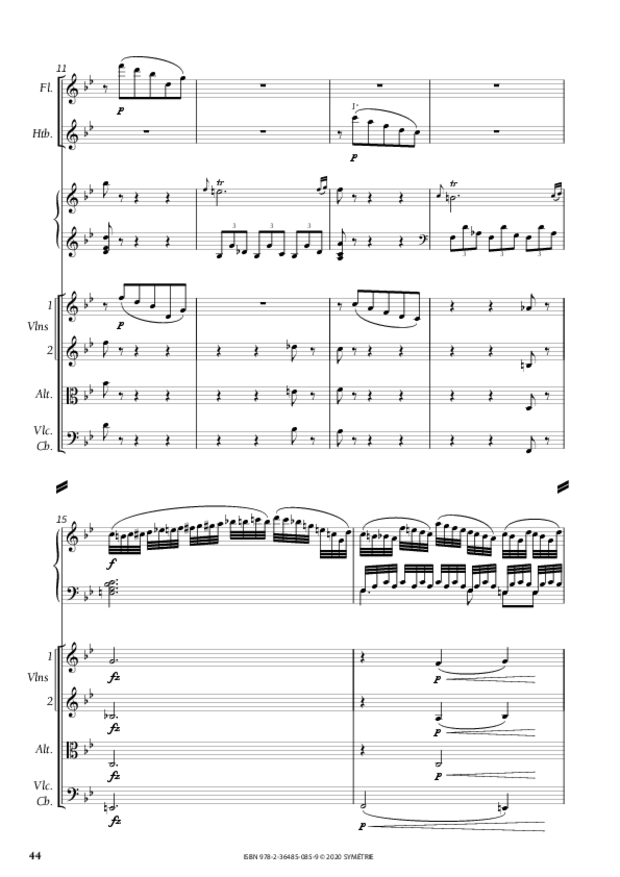 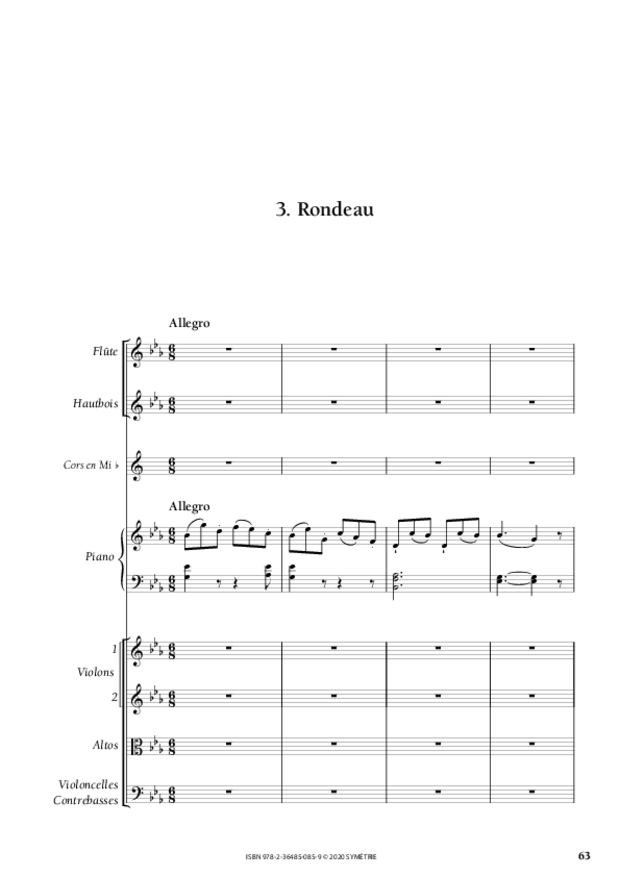 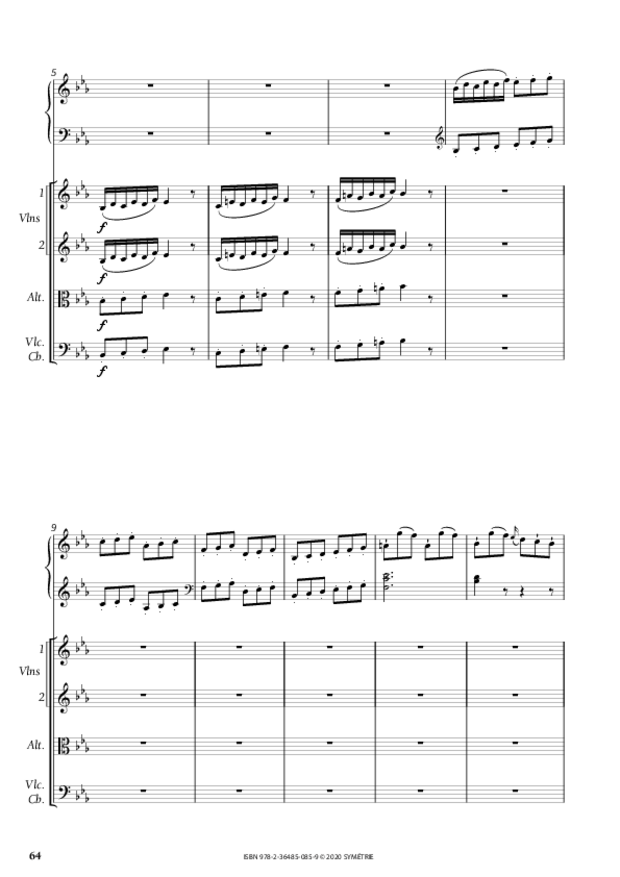 This edition of the Concerto for piano in E flat major is based on the manuscript D-11708 (1) of the Bibliothèque nationale de France. The manuscript bundle comprises the individual parts for piano and orchestra, but does not include a full score. The title does not give Reicha as the composer, but the name “Reicha” has been added on the cover sheet, probably by a librarian. Until November 2018, the manuscript lacked the last 44 bars of the piano part. As a result of communications with François-Pierre Goy of the B.N.F. and with the pianist and musicologist Henrik Löwenmark, we received copies of a thitherto unidentified manuscript, of three pages, having the catalogue number MS 3830 (5). This turned out to consist of the 44 missing bars. These sheets have now been inserted into the manuscript D-11708 (1) and numbered as pages 33-35.

The date of composition of the concerto is generally supposed to be around 1804. The work does not possess the breadth and dramatic contrasts of the three Grandes Sonates for piano, dating from 1803 to 1805, but its style resembles that of certain movements of the symphonies composed between 1802 and 1808. It is the only concerto for piano by Reicha that we are aware of.

In this concerto, a rhythmic grouping of three is omnipresent. The first two movements include long passages in triplets, and the finale is in 6/8, a rhythm of two groups of three. As to the organisation of the themes, the first movement is far from traditional. The piano enters at bar 64 with a quite new theme, in three parts, lasting 29 bars, in the main key of E flat major. One would hesitate, however, to designate this passage as the main theme, for it returns only once, again in the same key. If you wished to speak of a main theme in this movement, the better choice would seem to be the motif that appears twice in the orchestral introduction, first at bar 17 in G minor, and then, eight bars later, in E flat major. The piano eventually takes up this theme at bar 98, first in C minor, then in G minor, followed by F major, and finally in G major. Just before the end of the movement, we hear this theme in a shortened form, played by the winds, in E flat major. According to this analysis, then, we have a main theme that the soloist never plays in the main key!

The second movement, the Adagio, begins with two chords from the orchestra, played forte, like a grand declaration. The piano takes up these chords at its entry and follows them with chromatic sequences of demisemiquavers (32nd notes), a contrast meant perhaps to demonstrate the qualities of the instrument. Reicha seems to have liked concluding certain movements, as here, with a sequence of arpeggiated figures. One can compare it with the second movement of his Grande Sonate in C major.

The finale has the character of a dance, with motifs repeated consecutively, for humorous effect. But this dance also contains interesting dissonances: three times, a pedal note of E flat is attacked by chords containing D natural, followed by E natural. The lightheartedness of this movement recalls the finales of the three sonatas for piano, opus 46, written in the mid-1790s.