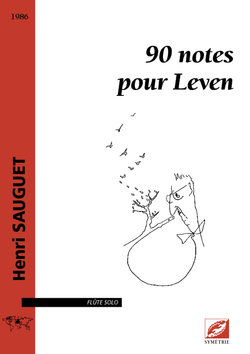 All his life, Sauguet had been in touch with artists of diμerent generations and backgrounds: composers of course, interpreters, choreographers and dancers, poets, actors, painters and decorators, film-makers…He often spoke of his many friendships as constituting, in his mind, a spiritual family, to which he had written many pages of occasion, tributes and testimonies (Prélude à une exposition de peinture, for a premiere at the Rive Gauche art-gallery in 1937; Toas pour Henry Barraud to celebrate his achievement within the French radio institutions 80 notes clavecines, written for the 80th birthday of Wanda Landowska).

During his first years in Paris, Sauguet met Raoul Leven and depicted him in La Musique, ma vie: “Raoul Leven held [in 1925] a very privileged situation in one of the most important bookstores in Paris. His main hobby consisted in taking part in the plays that Mrs. Lara (the mother of the famous cineast Autant Lara then in his blooming youth), a former actress of the Comédie-Française, was directing in her workshop of the Rue Lepic, under the title Art et Action”. An amateur actor himself, Sauguet shared the bill with Leven in 1932 in Le Piège de Méduse by Erik Satie, given as part of a concert by La Sérénade. Leven remained one of the closest and most faithful friends of the composer. Written in July 1986, the 90 notes pour Leven celebrate both the 90th birthday of this “life-long friend” and the lasting friendship between Leven and Sauguet.